Sanagan's Meat Locker has made its new, 5,000-square-foot debut. Owner Peter Sanagan made the announcement earlier this summer that he would be moving his shop into the former European Meats space, and opening day has now arrived. That's right â lots of that mouth-watering maplewood smoked bacon, and plenty of room to gawk. 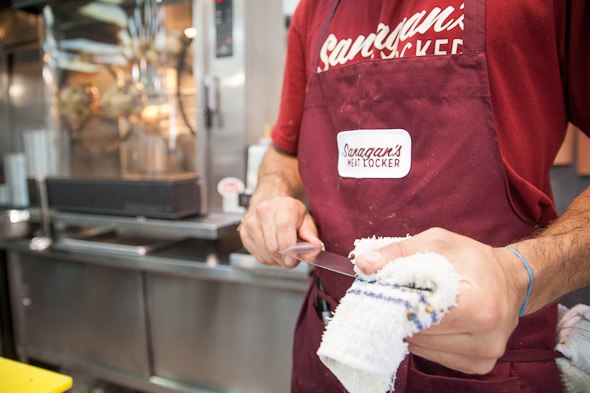 Of course, the new and more spacious Sanagan's features more than just the old faithfuls. Its exterior facade, for starters, boasts a rustic-chic new look with a barn board sign and bold lettering, which juxtaposes the striped green and white awning of the former European Meats. Peter tells me he questioned going the barn board route (which also decorates some of the interior accents), seeing as its quite...er... "in use" nowadays, but felt it ultimately spoke best to the "local farm focus" proudly toted by Sanagan's. 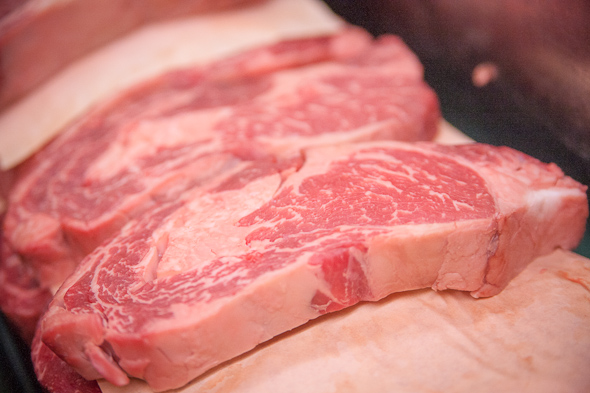 That farm focus now has much more room to boast. With a space that's more than 12 times the square footage of the former digs, Sanagan's raw meat counter has ample space to show off its Ontario Harvest striploins ($17.99/lb) and Everspring Farms duck breasts ($14.99/lb). Most everything is labelled with the name of the source farm, with an emphasis on grass-fed beef and hormone-free meats. 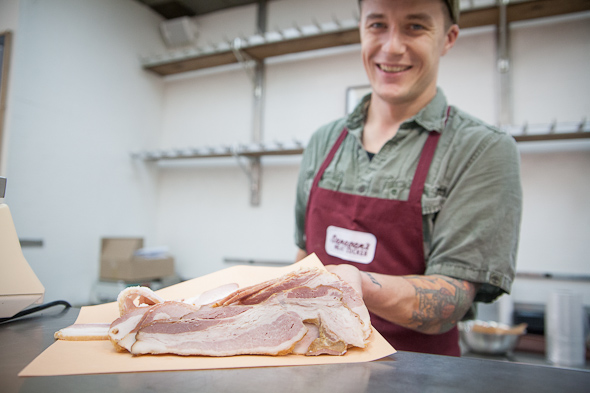 And the additional room, too, means Sanagan's has expanded its spread, incorporating a sandwich and take-out corner, as well as a deli counter with house-prepared terrines, stocks, and vacuum-sealed Metzger meats. The list of sandwiches (for now, written on a giant roll of butcher paper) includes options such as pulled pork and kimchee, roast beef, and roast chicken, all of which are priced at $7.00. The counter also offers whole rotisserie chickens for $13.49, a daily soup ($3.50), and daily salad ($3.50). 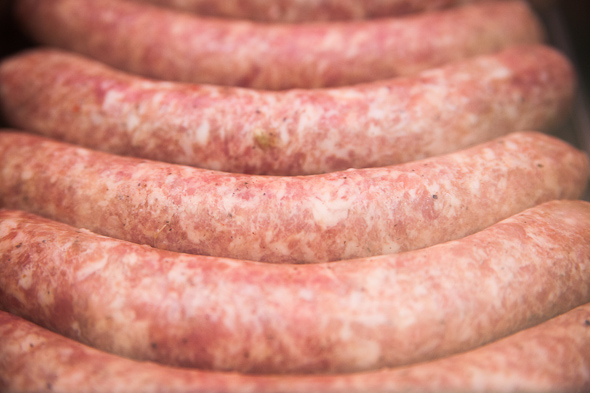 This changeover from European Meats to Sanagan's came rather quickly, as Peter took possession just over two months ago. He was approached by the building's new owner, Frank Lu, who operates Essence of Life just around the corner. Peter tells me he had always wanted to incorporate a prepared food counter and expanded deli into the Sanagan's concept, so the opportunity from Lu seemed a perfect fit. 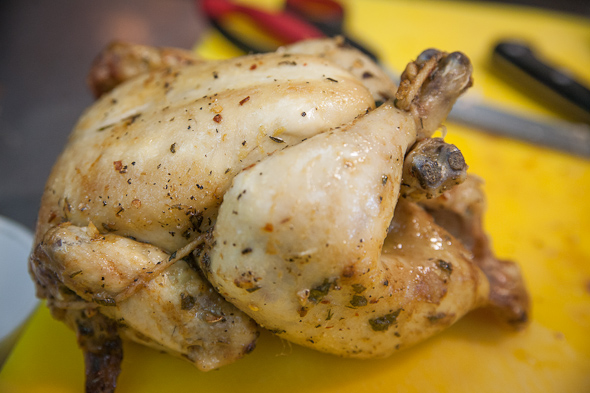 "Obviously, we still have a lot more to bring in," he says, adding that he plans to bulk up the shop's selection of rilletes, mousses, stocks, and more in the next few weeks. "But for now, I think we're off to a good start." 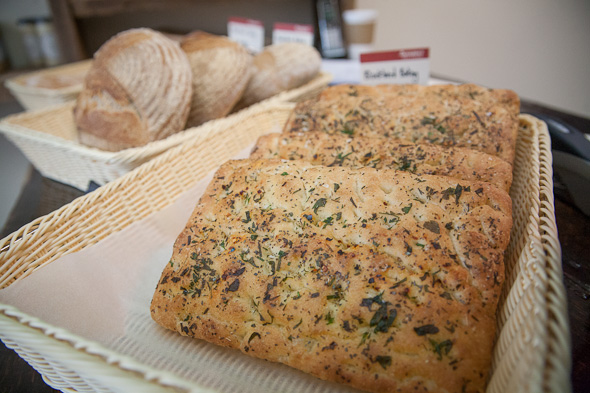 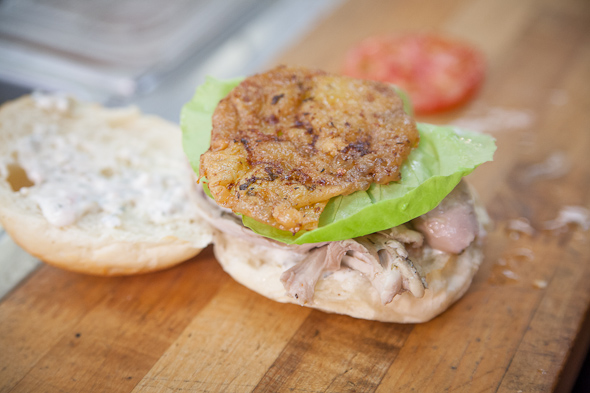 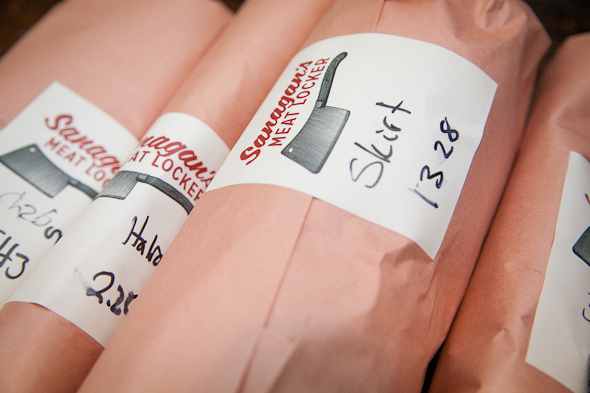 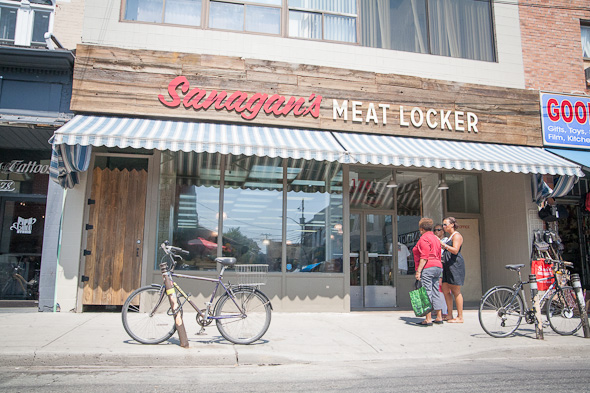 The Best Butchers for Locally Sourced Meat in Toronto

The Best Place to Buy a Turkey in Toronto

The Best Butcher Shops in Toronto