Salsicharia Pavao is a fixture in Little Portugal and a longtime Toronto source for imported Portuguese groceries and freshly prepared meats.

The butcher shop is family-owned â as many beloved community stores tend to be â now operating under the leadership of the brother and sister team of Luis Jr. and Sandra Pavao. It was Luis Pavao Sr., though, who started the business more than 40 years ago on one of the Azores Islands, later moving it to Canada and opening in Toronto in 1990. His kids took over five years later, and continue to offer meats and groceries to families and businesses in the area. 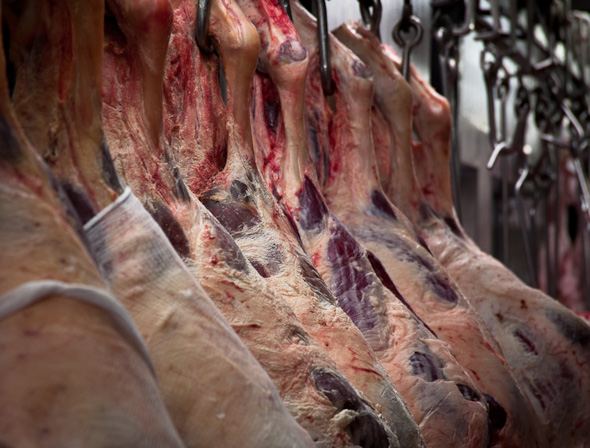 Salsicharia Pavao has occupied a pretty good chunk of real estate on the Dundas near Dufferin, dividing its operation into separate retail and production spaces. The area where meat is prepared, however, is fully visible to the customer, so those who aren't keen on hanging carcasses should keep their eyes on the floor. 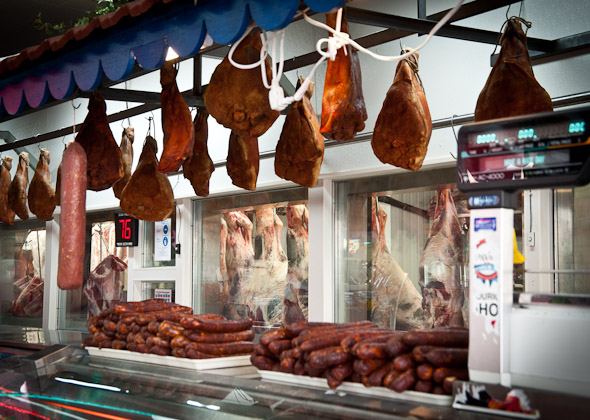 I stop by in the middle of the day to check out the shop, and it's clear that Portuguese customers represent a healthy percentage of the clientele. The "Now Serving" number sign also reads "Sua Vez," and most, if not all of the cuts behind the counter are identified both in English and Portuguese. Since both Sandra and Luis are unavailable when I drop by, I take myself on a self-guided tour, glazing over the pantry items and dry goods (Nestle cereals, cookies, Fanta from Portugal) and focus on the meats. 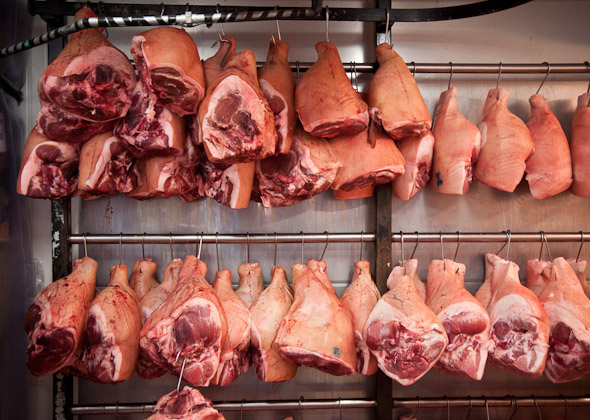 Salsicharia Pavao cuts, on the whole, reflect Portuguese trends in cooking; plenty of fish, beef, chicken, and pork, with an emphasis on embutido (sausages). The abundance of the latter give the shop a nice smokey scent, except by the stack of bacalhau (salted, dried codfish) resting opposite the fresh meat. 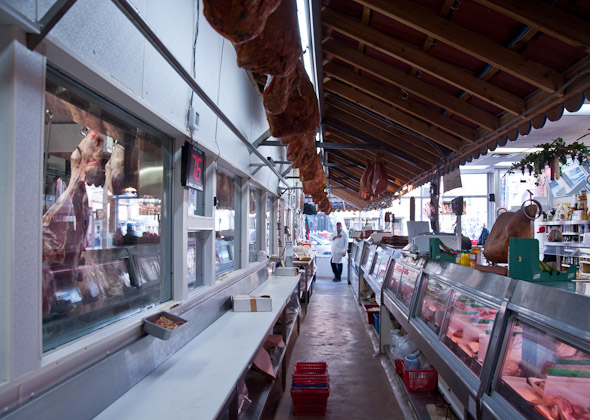 It quickly becomes clear that Salsicharia Pavao's focus is not on the typical boneless chicken breasts and lean ground beef (though, admittedly, it has those too). The shop makes its own signature sausages and salami, as mentioned, but also Portuguese-style ham, turkey, salpicao and more. Rabbit is a staple here, unlike at many mainstream butcher shops that require special order, and are sourced from Ontario and priced at $5.99/lb. Customers can help themselves to packs of six quails for $8.99 or frozen basa fillets for $1.99 each.

The shop also has an abundance of stew-making materials on display, including pig's ears, snouts, and feet ready to go, but for my first visit to Salsicharia Pavao, I resolve that house-made embutido is about as authentic as I'll venture this time. 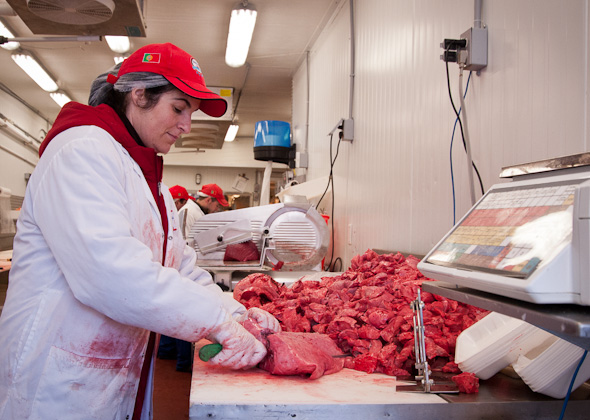 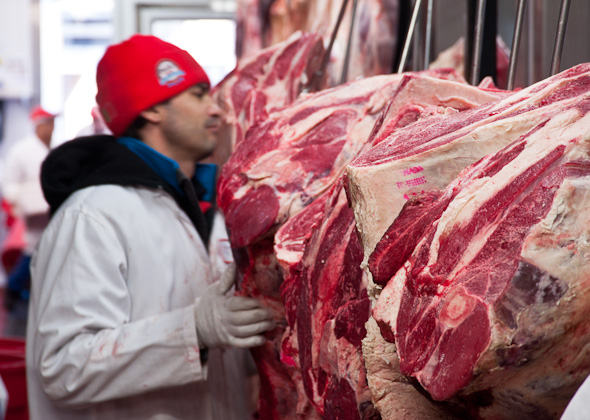 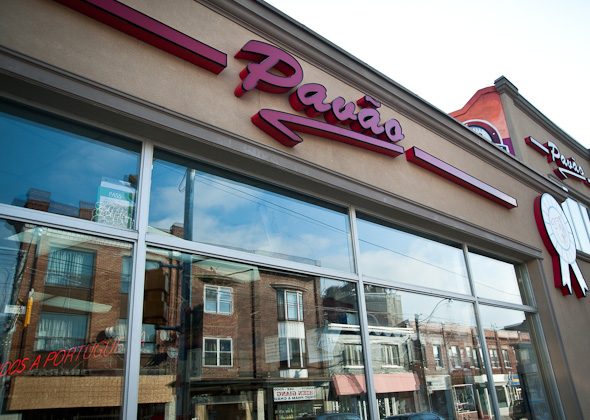