Barenaked Ladies unveiled Ben & Jerry's first ever Canadian ice cream flavour, named after their song If I Had $1,000,000.

The announcement came as a surprise at a news conference yesterday morning atop the CN Tower. BNL Drummer Tyler Stewart almost gave it away before the unveiling, in the band's characteristic joking manner, saying "We're announcing bungee jumping for literacy."

Stewart wasn't too far off. The band decided, through its partnership with Ben & Jerry's, to donate its entire share of royalties from the sales of their ice cream to support ABC CANADA Literacy Foundation. 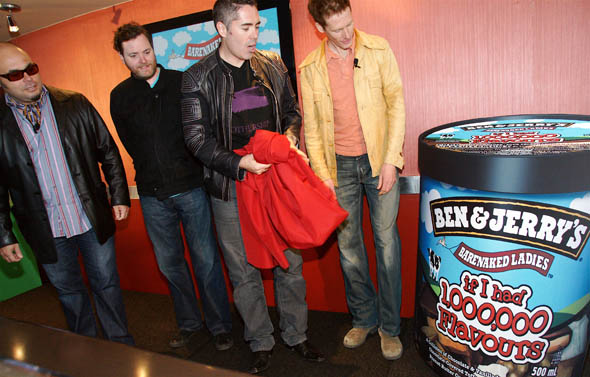 "We pushed for back bacon flavour," said singer/guitarist Ed Robertson. 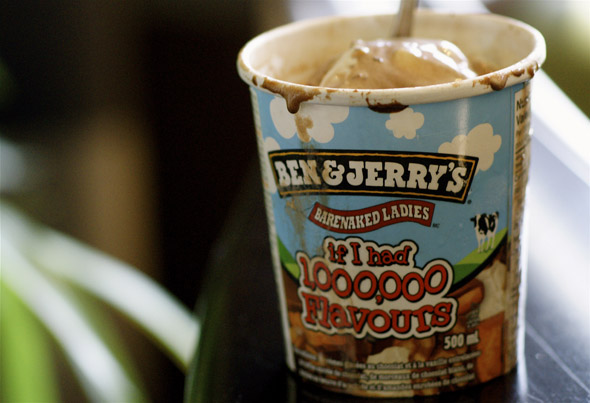 The new flavour will complement Ben & Jerry's other music-inspired flavours, including Cherry Garcia, Phish Food and Bohemian Raspberry. Note the Canadian spelling of flavour on the packaging. Each little tub also includes an offer for a free music download of three of the band's songs.

In light of the literacy foundation that they're helping support, I asked Stewart and bassist Jim Creeggan about reading to kids, of which they each have two.

"Reading to my kids is part of their bedtime ritual," said Creeggan, whose has a four-and-a-half year old son Finn and a one-and-a-half year old daughter Chloe. "Finn loves stories like Classics Illustrated, a comic book series of adaptations of literary classics like Ivanhoe, Song of Hiawatha and Robin Hood. Chloe loves Little Green about a hummingbird and I Am a Bunny, illustrated by Richard Scarry."

Stewart said his two kids are both in French Immersion and thinks it's good to give them more exposure to English. "My kids Hazel and Mili are eight and 10 years old and they love to be read to. Some of their favourites are the Madeline books and of course Dr. Seuss. 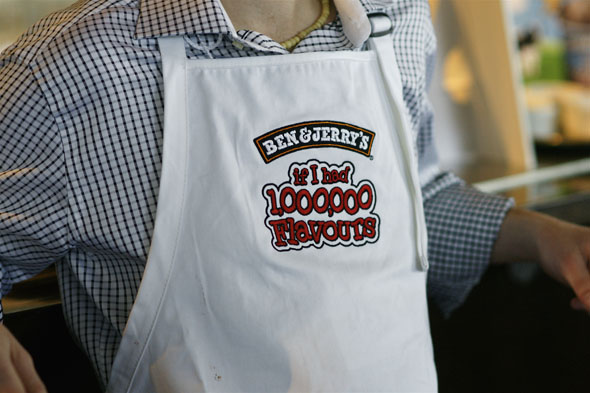 The band is working on their next studio album without Steven Page, who left the band earlier this year amid cocaine possession charges, which were dismissed earlier this month.

"We're excited and invigorated to be working on music again," said Stewart, who joins his remaining three bandmates in the studio next week to record their next rock album.

When asked if Page is likely to rejoin the band in the foreseeable future, Creeggan said, "Never say never."

In conjunction with BNL's new ice cream flavour, Ben & Jerry's is holding a contest that allows you to create your very own 1,000,000 flavours ice cream portrait and get a chance to win a year's supply of the new ice cream. What's your flavour?