Toronto is getting a new naturalized Don River valley and river mouth, but before the realigned waterway can flow into Toronto Harbour for the first time, supporting infrastructure is taking shape to create the road and pedestrian networks that will serve the reconfigured Port Lands area.

The new river is crossed by a series of architecturally striking bridges carrying roads and sidewalks over the still-dry waterway. But the Port Lands is also benefitting from new pedestrian infrastructure, including the city's latest footbridge.

Pedestrian crossings are often exciting and photogenic pieces of infrastructure — like Toronto's famous Humber Bay Arch bridge — but the latest addition to the Port Lands is notable not for its length or design, but instead for the fact that it crosses a river that doesn't even exist yet.

Toronto's newest pedestrian bridge crosses the new mouth of the Don, linking parkland on either side of the river. Though the bridge is now in place, the river below it will not flow until a large earthen "plug" is removed near the Keating Channel, altering the river's course for the first time since the heavy industry days of the early 20th century.

It doesn't serve much purpose yet, but once the dams are broken and the Don River rushes through its new re-naturalized mouth for the first time, this bridge will serve as an essential link across the river in the future River Valley Park. 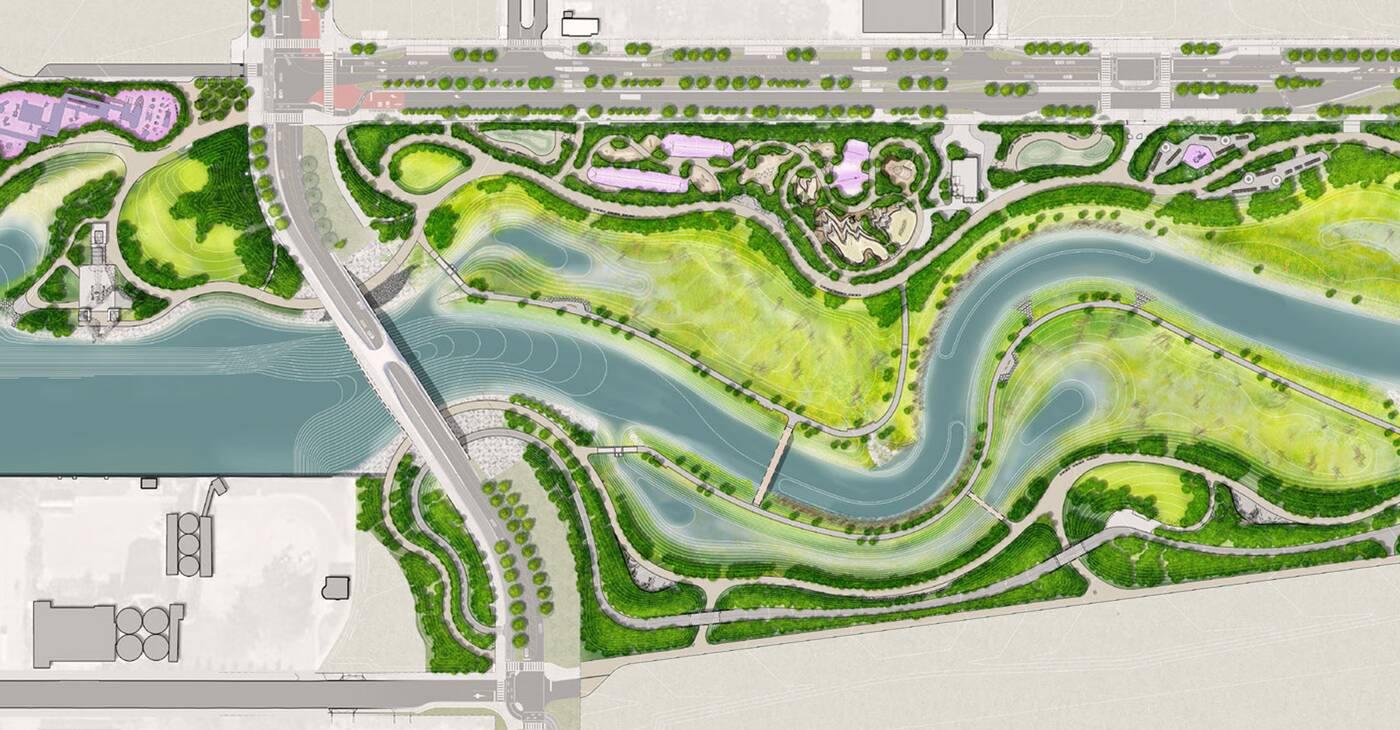 River Valley Park will be a jewel in the city's $1.25 billion Port Lands Flood Protection project, a public space designed to help residents reconnect with the river's long-lost natural conditions.