Toronto's Port Lands area is shaping up to have some of the most attractive infrastructure in the city, as a series of futuristic bridges form the road links to what will eventually become the new Villiers Island.

Adding to the already-delivered Cherry Street North and Commissioners Street bridges, the latest in the group of four bridges will span the new mouth of the Don River now being carved out through the Port Lands, at what is now the Polson Slip.

This Cherry Street South Bridge — measuring 70 metres long and weighing a hefty 830 tonnes — has begun a long-haul journey by barge from Dartmouth, Nova Scotia, via the St. Lawrence Seaway, and is expected to arrive in Toronto within the coming days.

Another bridge is sailing towards the Port Lands! The Cherry Street South Bridge will cross what is currently Polson Slip, and what will eventually be the new mouth for the Don River. #BridgeWatchTO https://t.co/opN6bUW3nq pic.twitter.com/Hw0jgdE7rl

Like the two bridges that arrived before (delivered in a total of three sections) the latest bridge's trip is being tracked by Waterfront Toronto, while public engagement and photo sharing are being encouraged with the #BridgeWatchTO hashtag on Twitter. 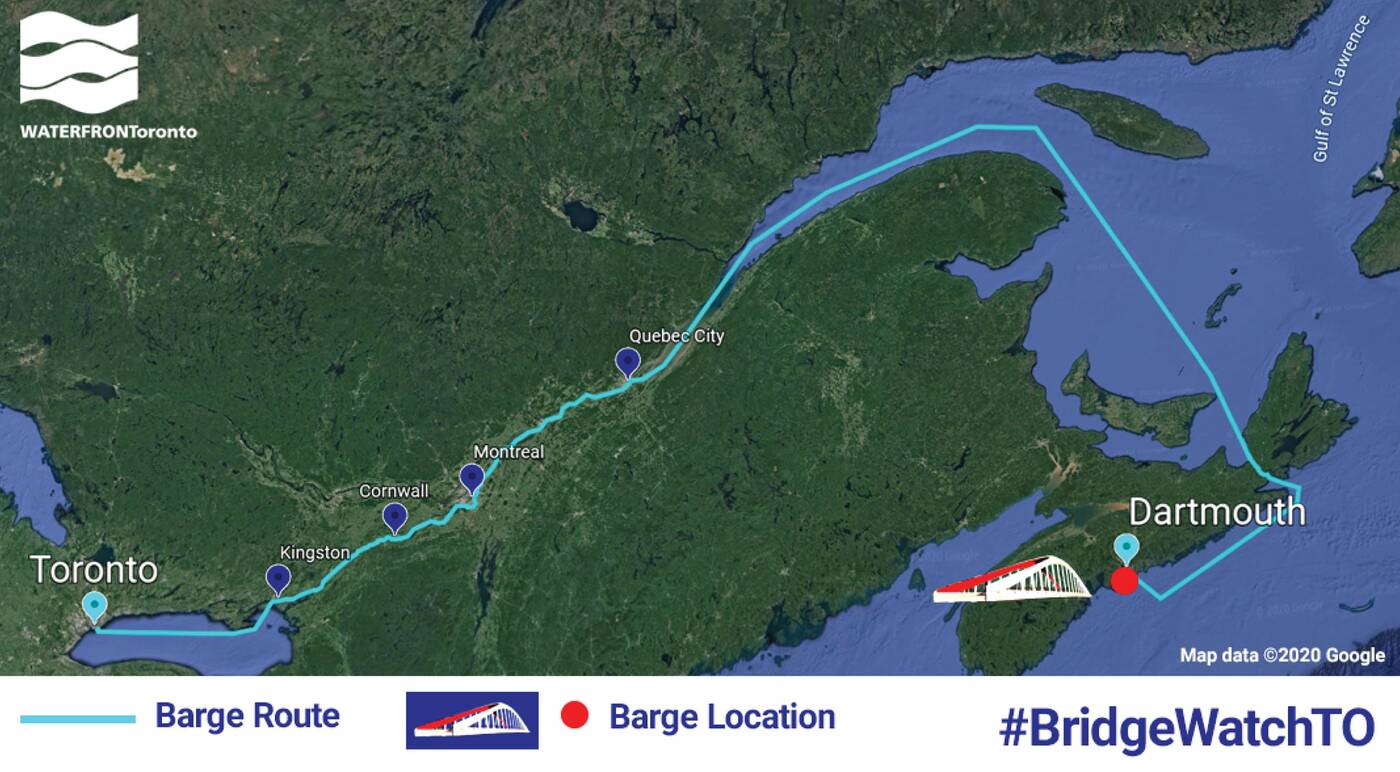 Waterfront Toronto's map tracking the progress of the bridge's trip from Dartmouth, NS.

Along with the Cherry Street North Bridge spanning the Keating Channel, the new South Bridge will carry a realigned Cherry Street (moved slightly to the west) that forms part of a new road network serving the future island.

Though the bridges all bear similar futuristic designs from the team of Entuitive, Grimshaw and Schlaich Bergermann, slight colour variations give them each their own identity. 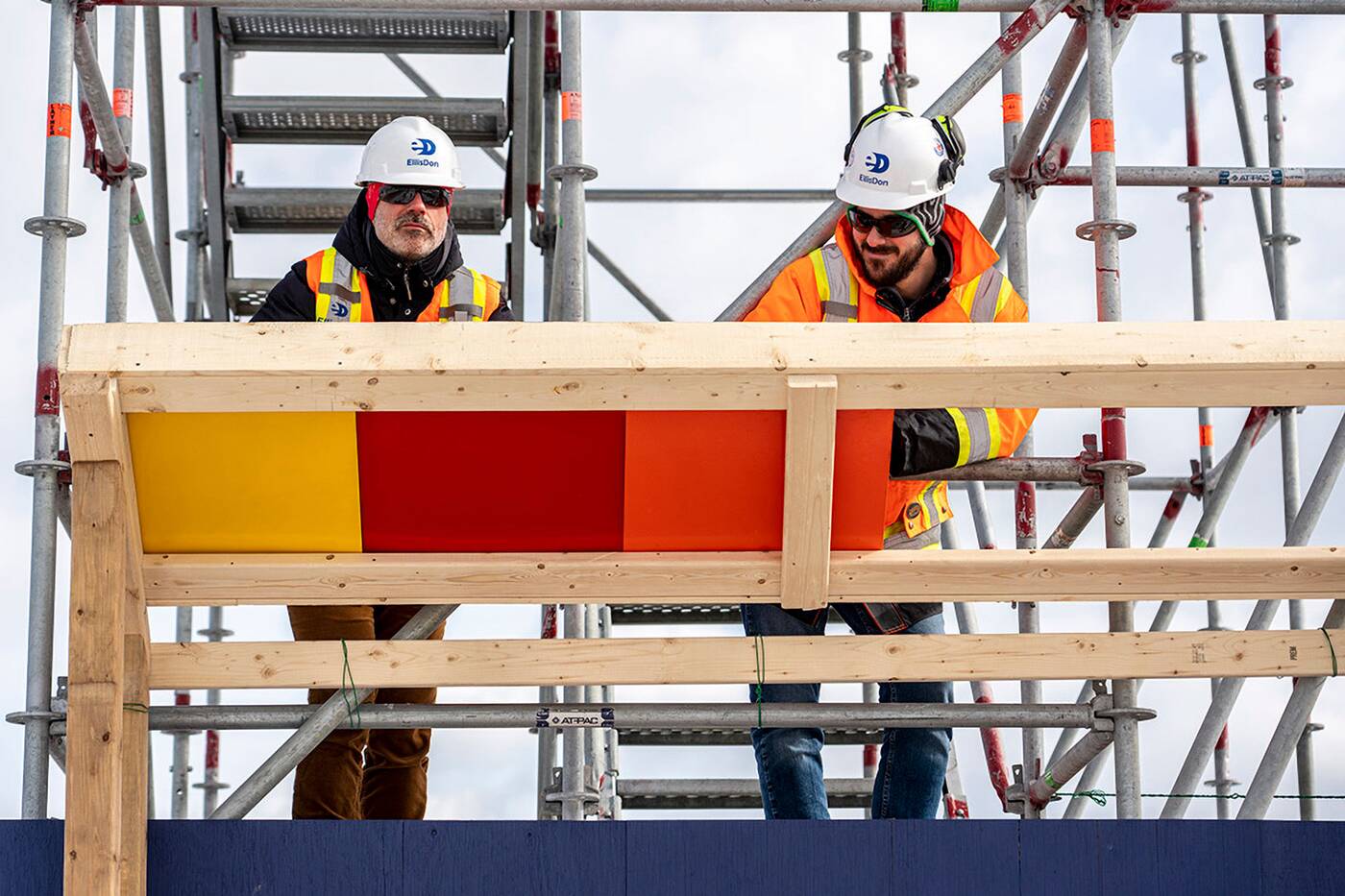 The first two bridges featured red and orange shots of colour, while the Cherry Street South Bridge will bring a vibrant burst of yellow to the Port Lands. 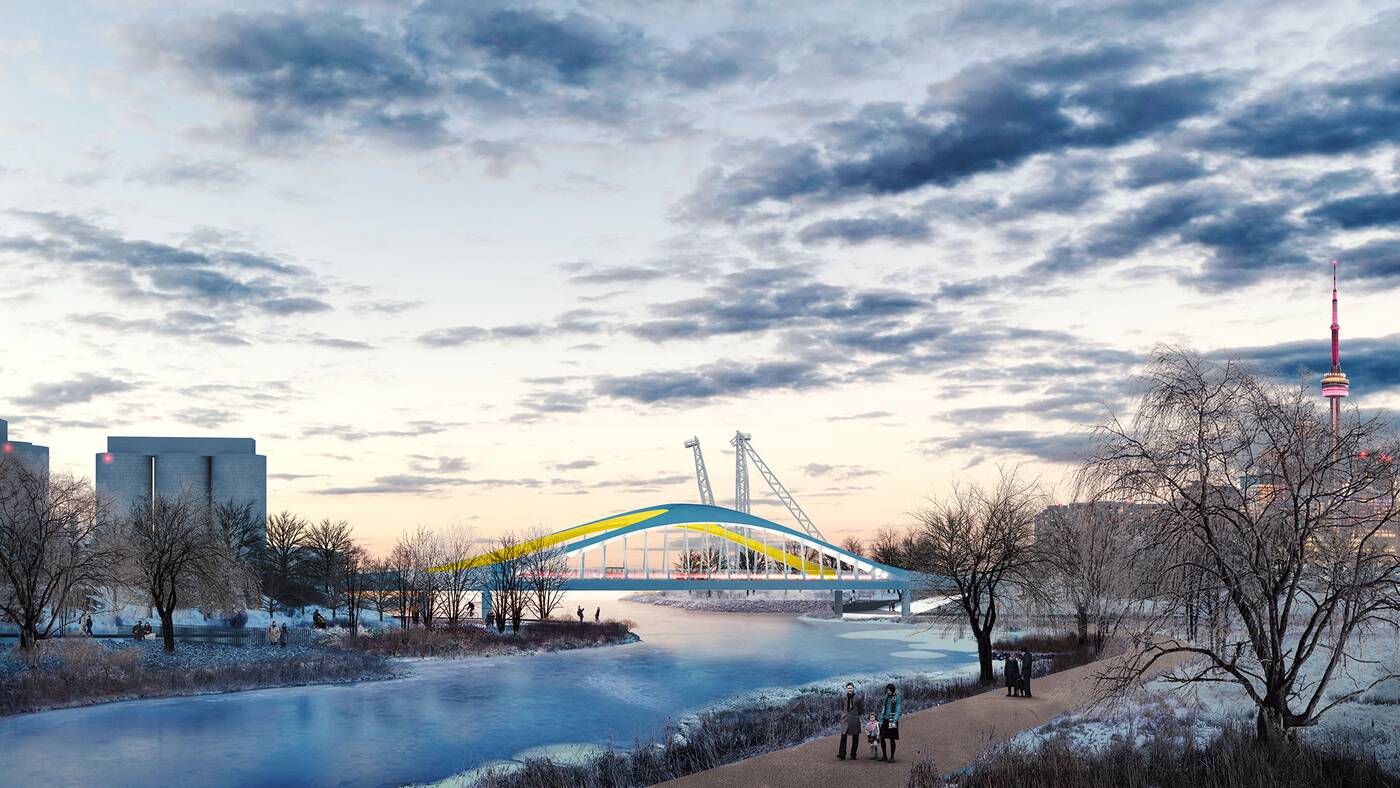 A rendering of the new bridge facing west towards the new Don River mouth.

The third bridge, now on its way to Toronto, will soon be joined by a fourth and final bridge, scheduled to arrive in spring 2022.

The final bridge will be placed directly next to the recently-installed Cherry North bridge, the twinned bridges both carrying Cherry Street traffic over the Keating Channel.

Striking new bridge infrastructure is just a facet of the city's $1.25 billion Port Lands Flood Protection project, which will open up the barren stretch of land with new parks and future city-building opportunities.