An iconic Toronto archway, part of an award-winning building, is at risk of demolition as part of a large mixed-use community and revitalization project called Reimagine Galleria Master Plan at Galleria Mall and the Wallace Emerson Community Centre.

The Wallace Emerson Community Centre, which houses a community gym and is alongside a skate park, has a unique archway that is often photographed. 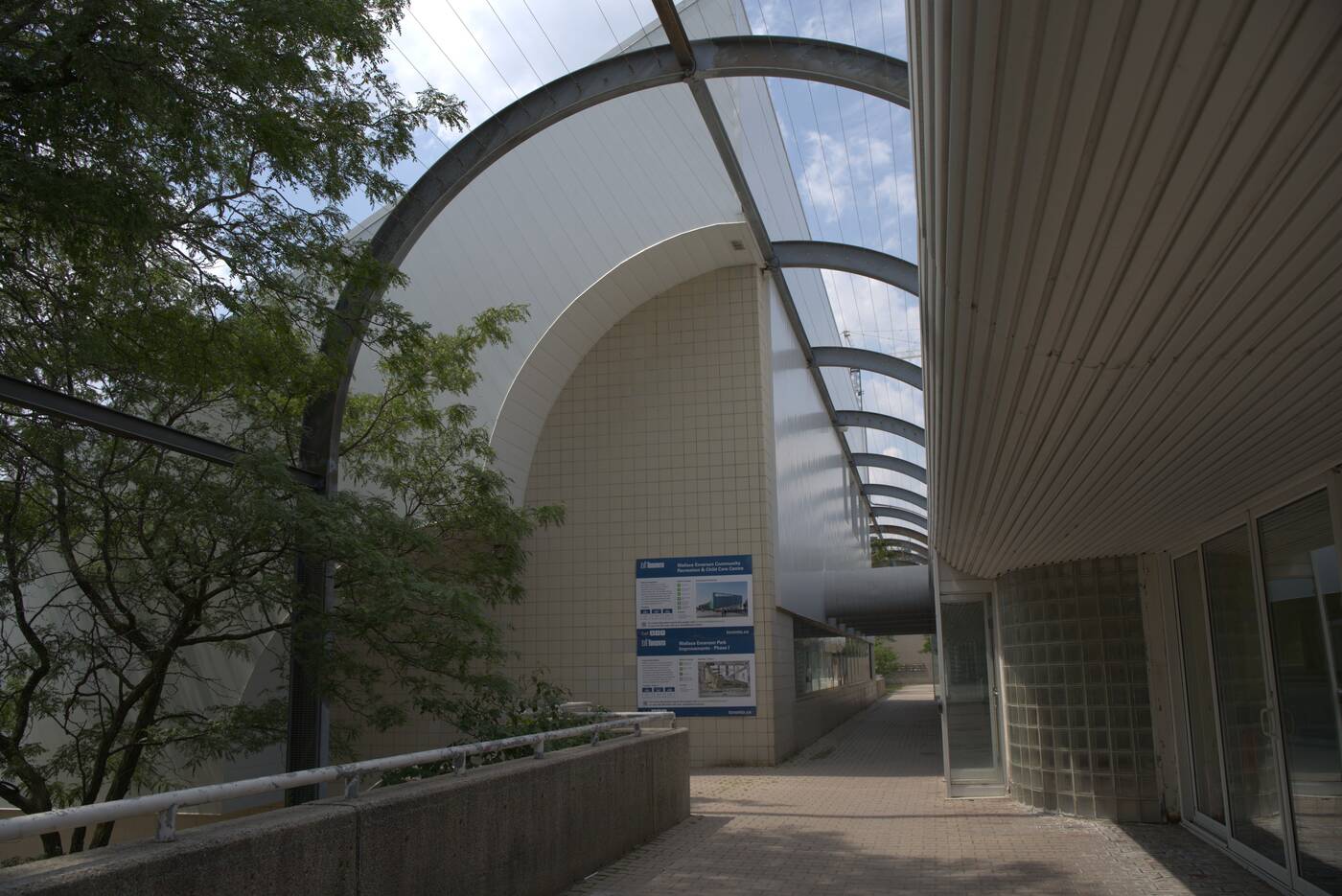 The archway is visually appealing and people like to photograph it.

The centre, which looks a little run down these days, won a 1982 Governor's General architecture medal for Matsui Baer Vanstone Freeman Architects.

So when people heard it was being torn down to make way for a new centre, they were upset.

"This is still wrong,” wrote one person on Twitter. "Can still be saved and integrated into the new project. All it needs is a little love.”

They’re going to tear this beauty down. pic.twitter.com/FSKD6PfidM

Wallace Emerson Community Recreation Centre and Wallace Emerson Park are being redeveloped as part of the Reimagine Galleria Master Plan, the city states.

"The project is currently on track and construction is slated to begin later this year," a City of Toronto spokesperson tells blogTO.

The project will include a partial renovation of the existing Wallace Emerson Park with added features and amenities as well as new community recreation centre and a new child care facility. 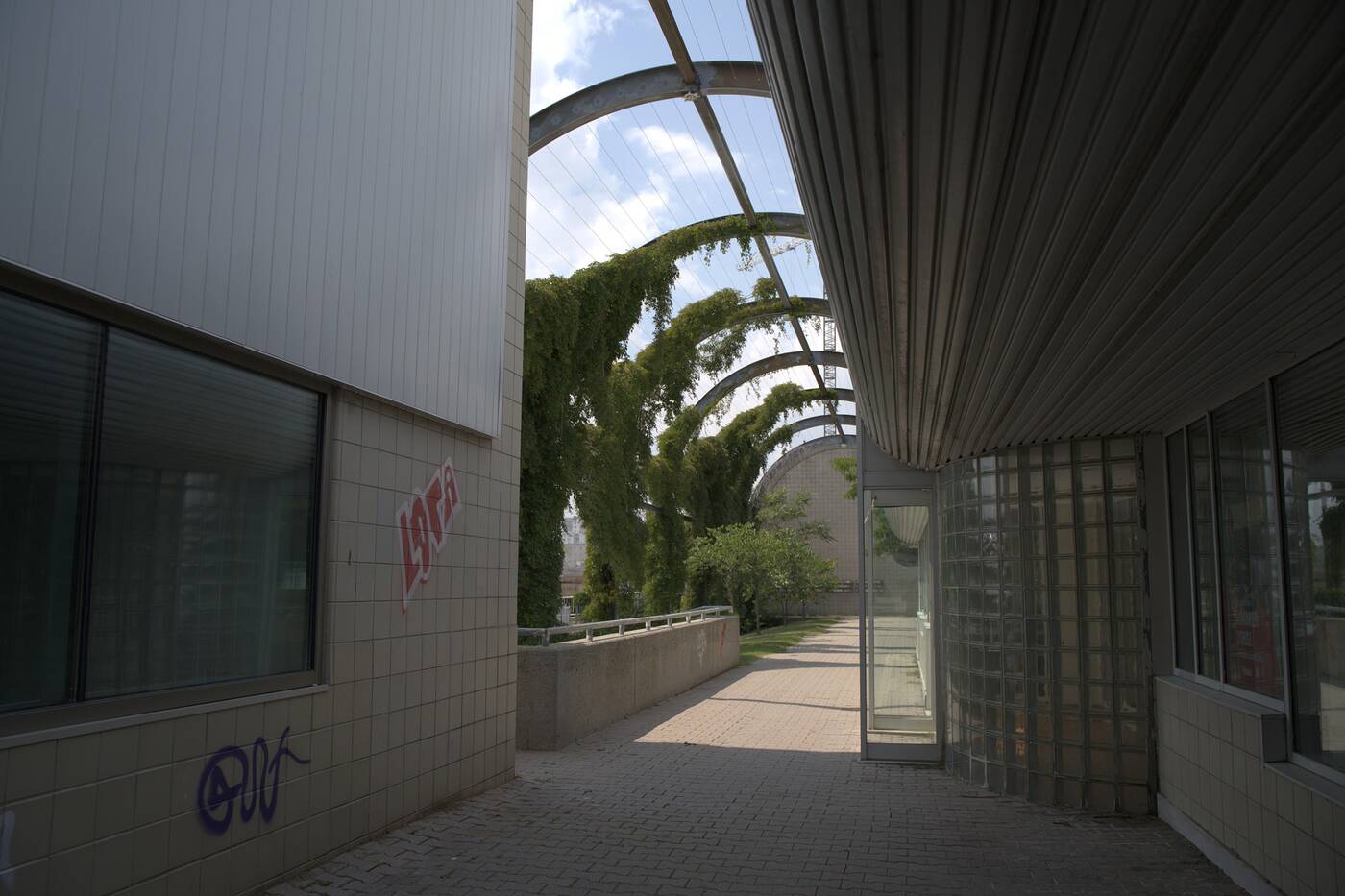 Parts of the building are a bit run down.

But for those who love the arches, the city now says they are "being assessed and if possible they will be considered to be incorporated into the future phase of the park."

The new 89,500-square-foot Wallace Emerson Community Recreation Centre will include a new 62-space childcare centre, an aquatic centre, gym with running track, outdoor track on the roof, dance and aerobic studios, an open fitness area, and multi-purpose rooms, a kitchen and kitchenettes.

The existing community recreation centre will not be closed during the construction of the new centre and residents will be able to continue recreational programming.