As work progresses on the massive new mixed-use community set for Dupont and Dufferin Streets in the west end, where the now-demolished Galleria Mall once stood, new renderings and details offer a glimpse at what the project will look like once completed.

"ELAD Canada is working with Hariri Pontarini Architects on the redevelopment of the Galleria Mall property at the intersection of Dufferin and Dupont Streets – an emerging neighbourhood in Toronto's west end with increasingly diverse socio-economic groups and land-uses," says the project's architecture firm.

"The new development seeks to create a complete community; establishing a finer grain, revitalized streetscape and pedestrian network, redesigning the existing park to reflect the needs of the community, and improving transit and multi-modal transportation options."

The master-planned community, called Galleria on the Park, will feature eight residential towers in the midst of the pedestrian-oriented district, with 2,846 units of different types and sizes in the pipeline. 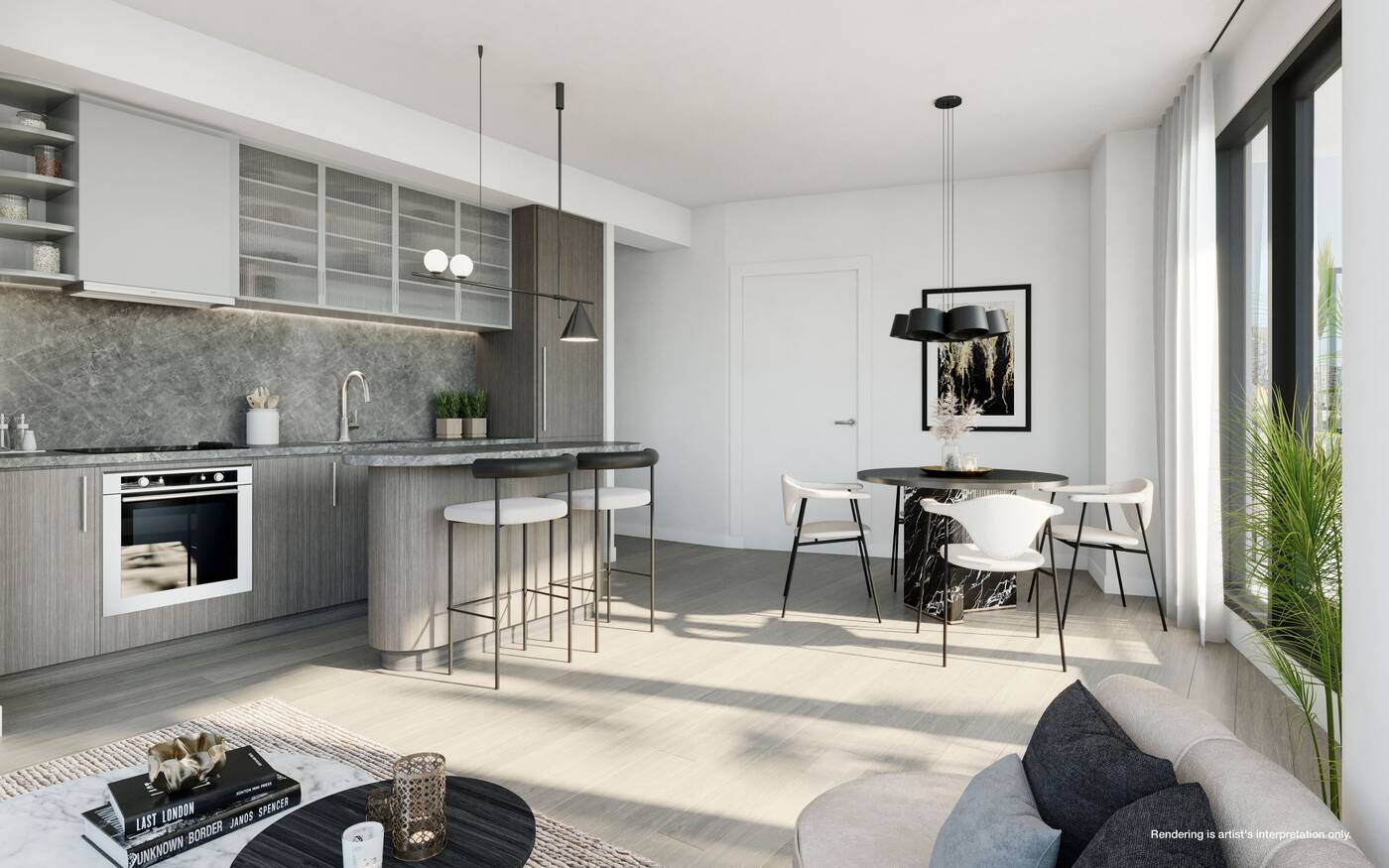 Rendering of the interior of a unit.

A total of 2,696 units are set to be condos, while 150 are expected to be affordable housing.

The community is also set to host roughly 300,000 sq. ft. of retail space for boutique and shops, a large portion of which will be located inside 31-storey residential tower Galleria III.

Rendering of pedestrians and cyclists enjoying open outdoor space and a coffee shop in the community.

A newly-reconfigured, eight-acre Wallace Emerson Park will be one of the main attractions of the community, and it will also include the incorporation of a cycling loop to attact nearby cyclists. 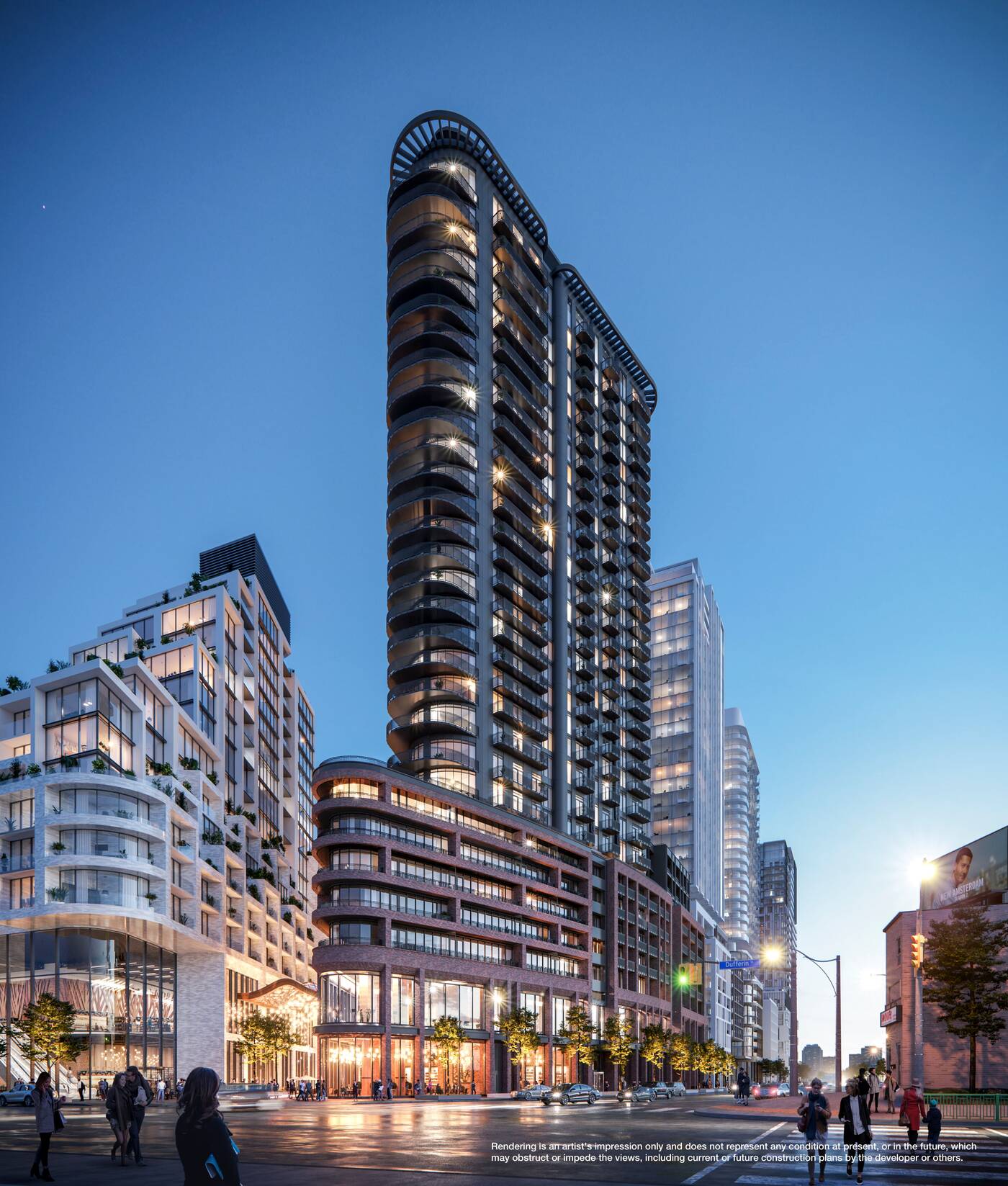 "Streetscapes are designed with generous sidewalks, landscape treatments, and active retail frontages to enhance the pedestrian experience throughout the development," according to Hariri Pontarini Architects.

Outdoor patios with seating and umbrellas will also be available to pedestrians walking through the area, and a nearby Privately-Owned-Publicly accessible Space (POPS) called Points Plaza will be the main focal point of the development. 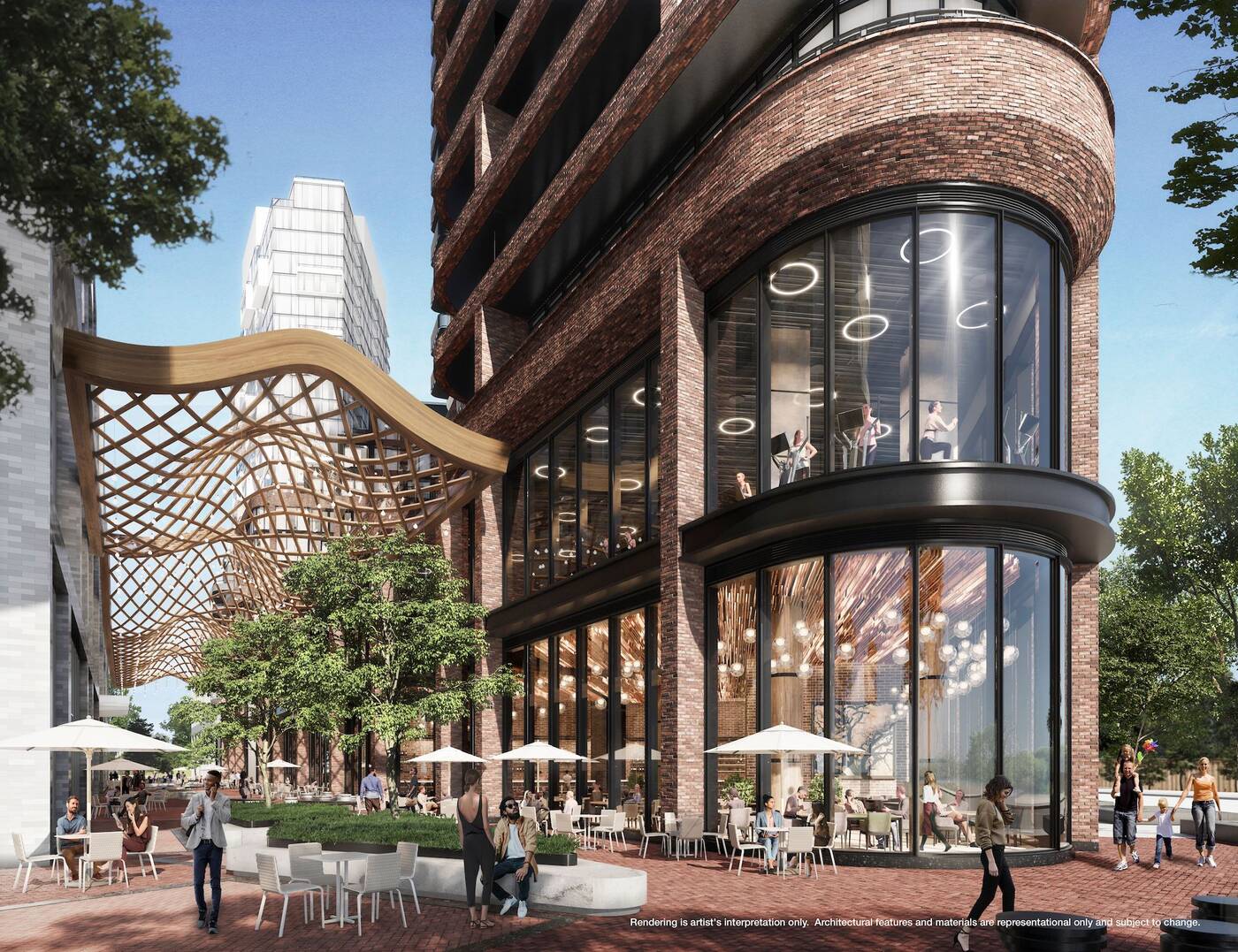 Rendering of the pedestrian mews outside Galleria III.

The space is set to include outdoor furniture, trees, platforms for outdoor programming and some kind of fountain or water element. 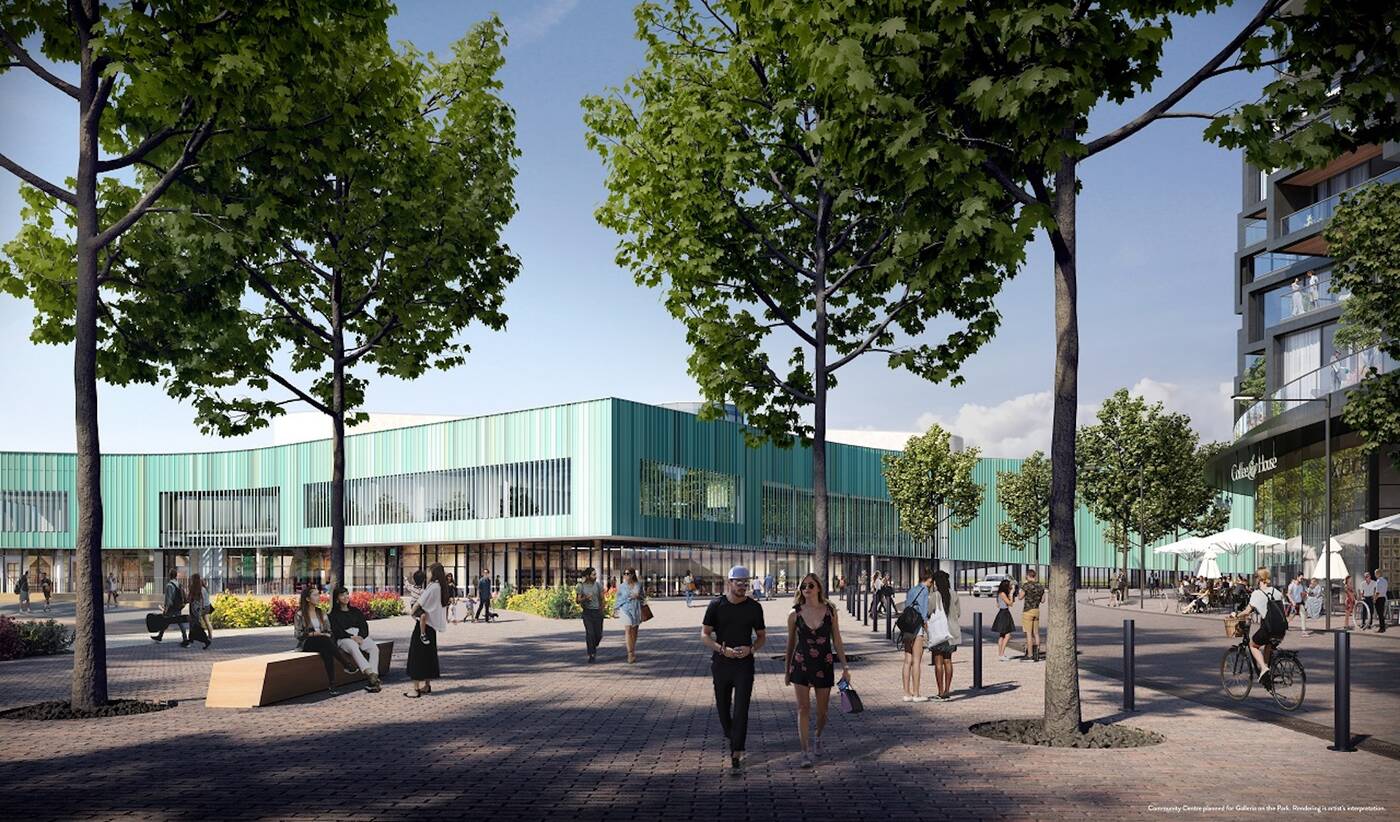 Rendering of the community centre.

The area will also be home to an expanded, 95,000-square-foot community centre featuring both indoor and outdoor recreational activities — such as swimming pools, a BMX bike park, a rooftop running track, a playground and more — for those living in the area and beyond, making it one of the largest in the city.

Construction on the inital phase of the project, which includes residential towers Galleria 01 and 02, is currently underway, and work on Galleria III is set to follow.