Goodbye, Galleria — it's been... something.

One of Toronto's least attractive malls is starting to come down, bit by bit, as demolition crews reduce a large portion of the Galleria Shopping Centre into rubble. 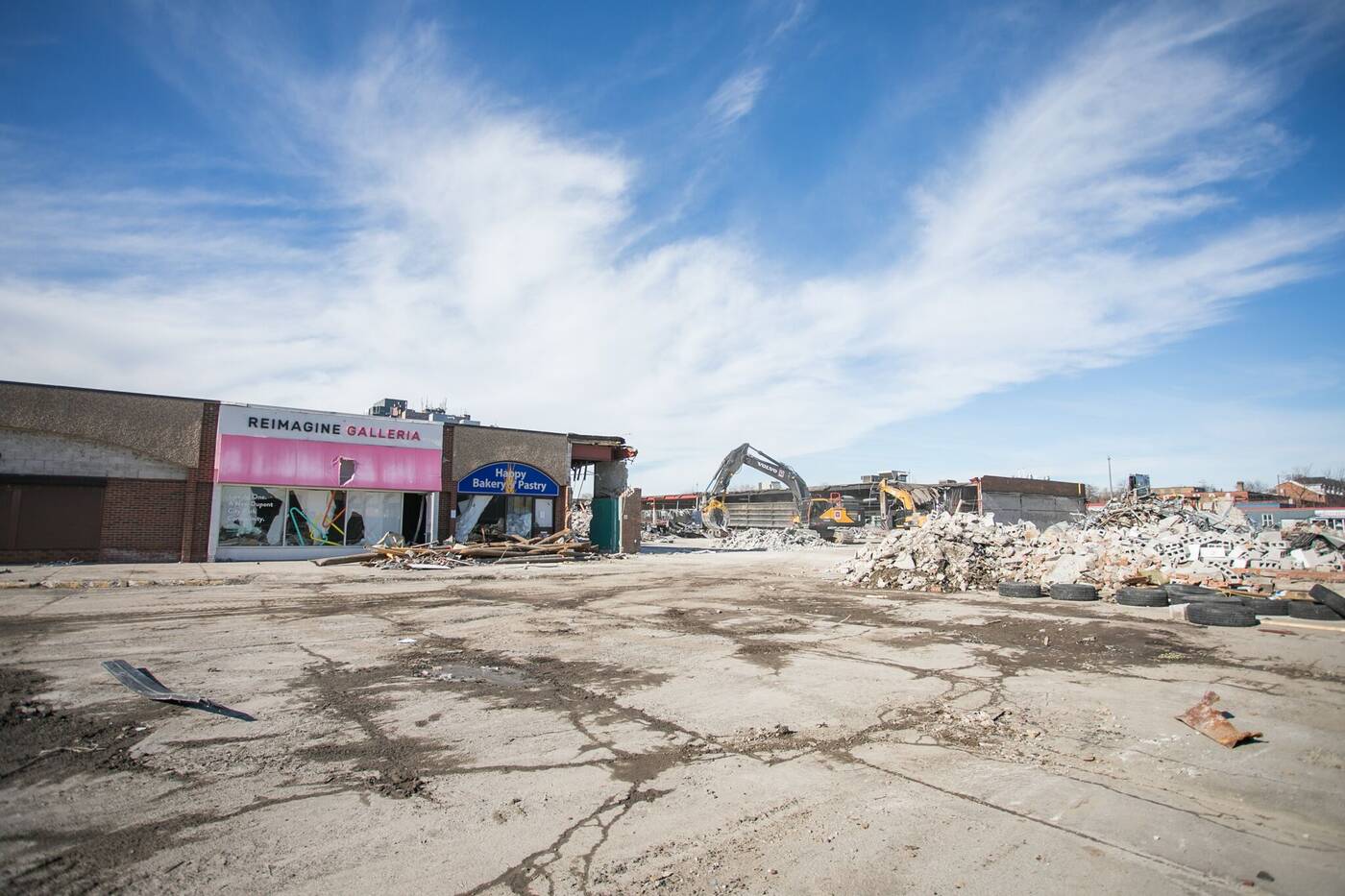 We all knew this was coming, thanks to widely-publicized redevelopment plans for the sprawling site at Dufferin and Dupont Streets.

Still, it's kind of sad to watch the demise of a public space that's been around since the early 1970s... however derelict that space may have become. 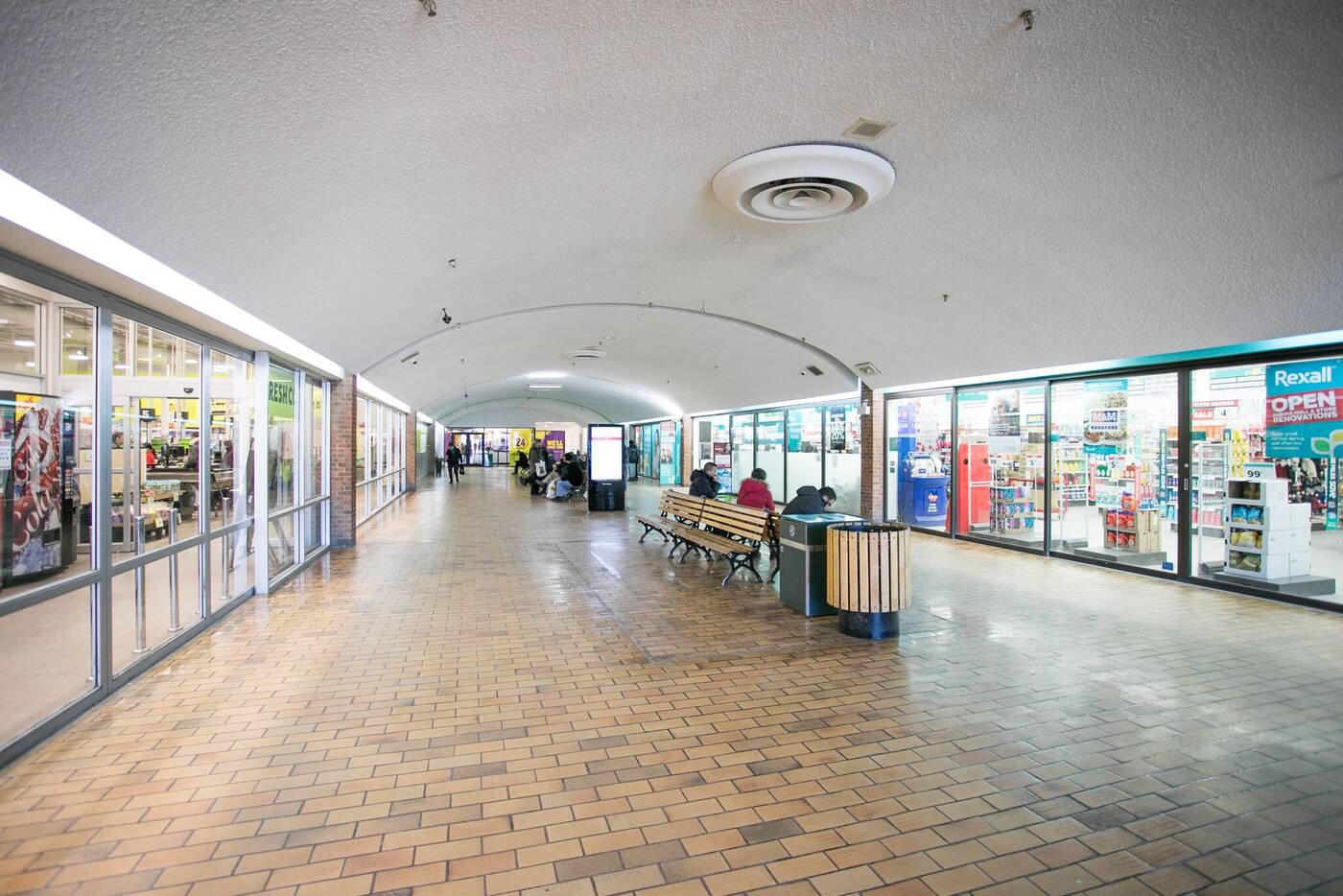 The single-storey enclosed mall, which once boasted around 50 tenants, was sold to developers in 2015 and has since been hanging in limbo with not much more than a supermarket, drug store, LCBO and gym onsite.

After years of community consultating and regulatory hoop-jumping, ELAD Canada has now finally started the process of turning Galleria into a mixed-use, master-planned mega development called "Galleria on the Park." 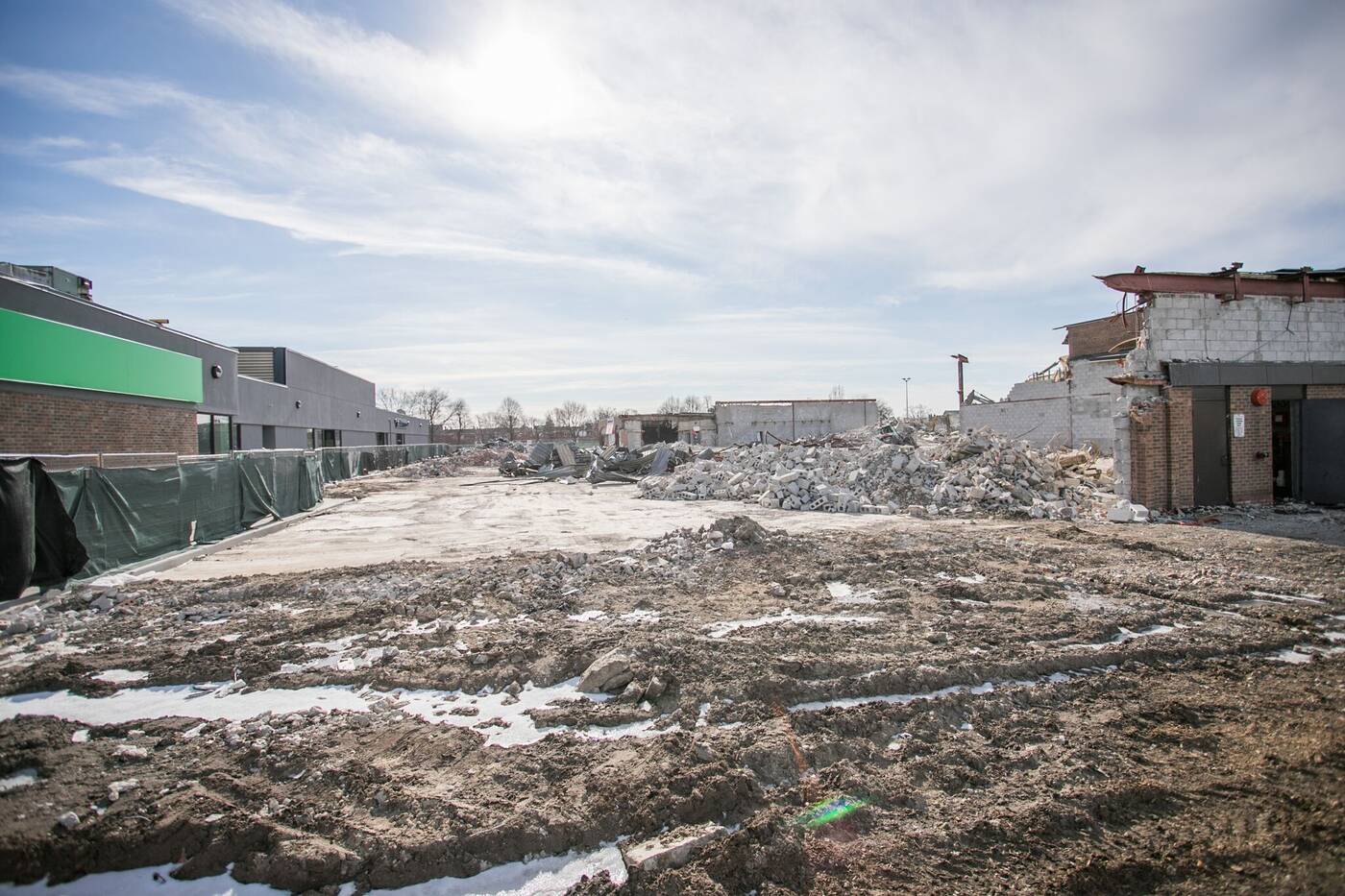 Phase One of the project, approved by the City of Toronto just last March, involves demolishing the western half of Galleria Mall for two residential towers.

ELAD indicated in November that it would soon be moving forward with the demolition by turning Galleria's 60-foot-tall shopping centre pylon into a a larger-than-life, neon text installation. 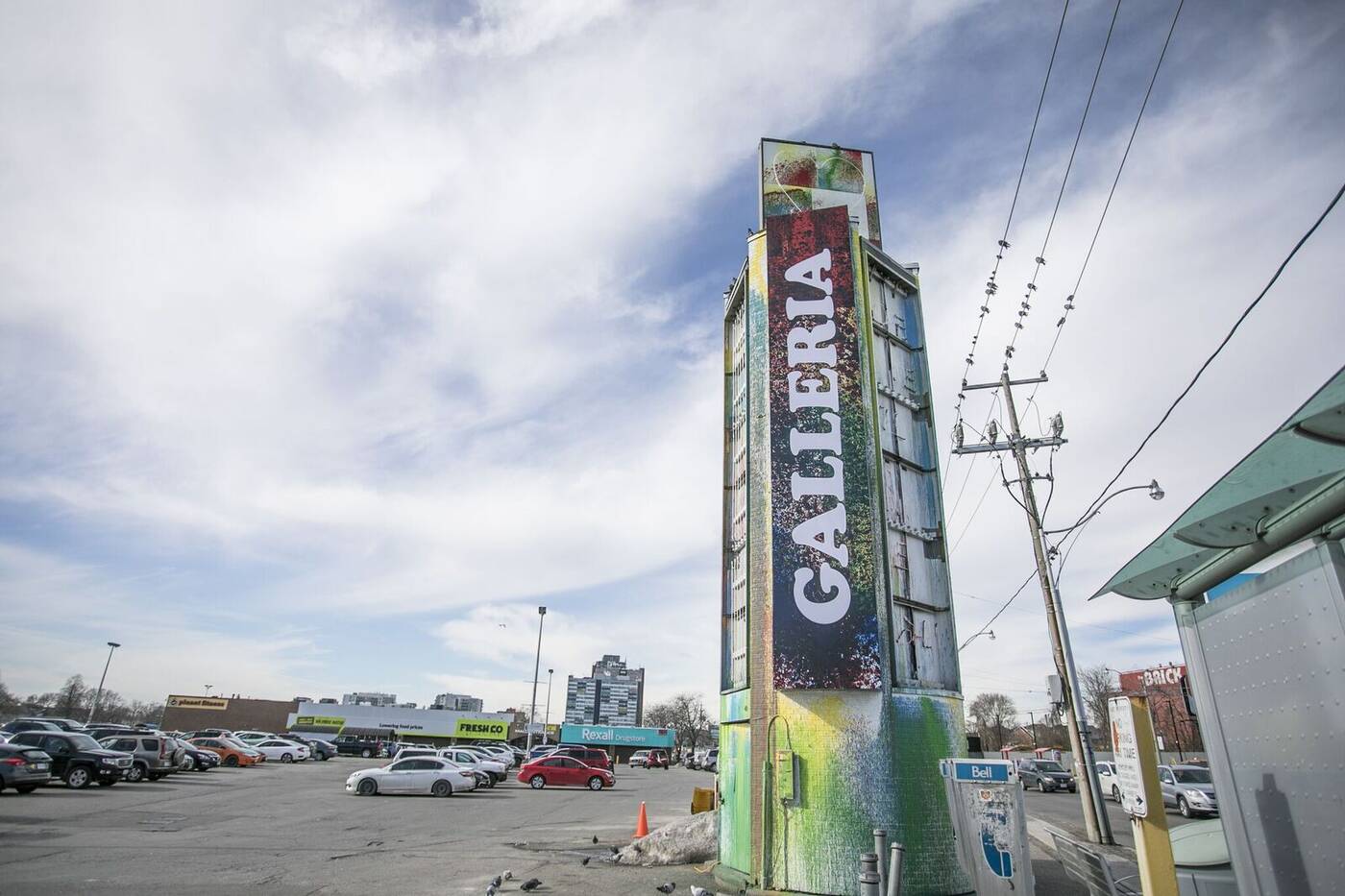 "Love me Till I'm Me Again," reads the Thrush Holmes-designed public art piece, which is topped by a neon red heart and now serves as what ELAD calls "a glowing beacon for the neighbourhood."

Demolition now appears to have commenced on the mall's western side, though the parts containing Planet Fitness, Rexall, TD Bank and FreshCo will remain standing until further notice. 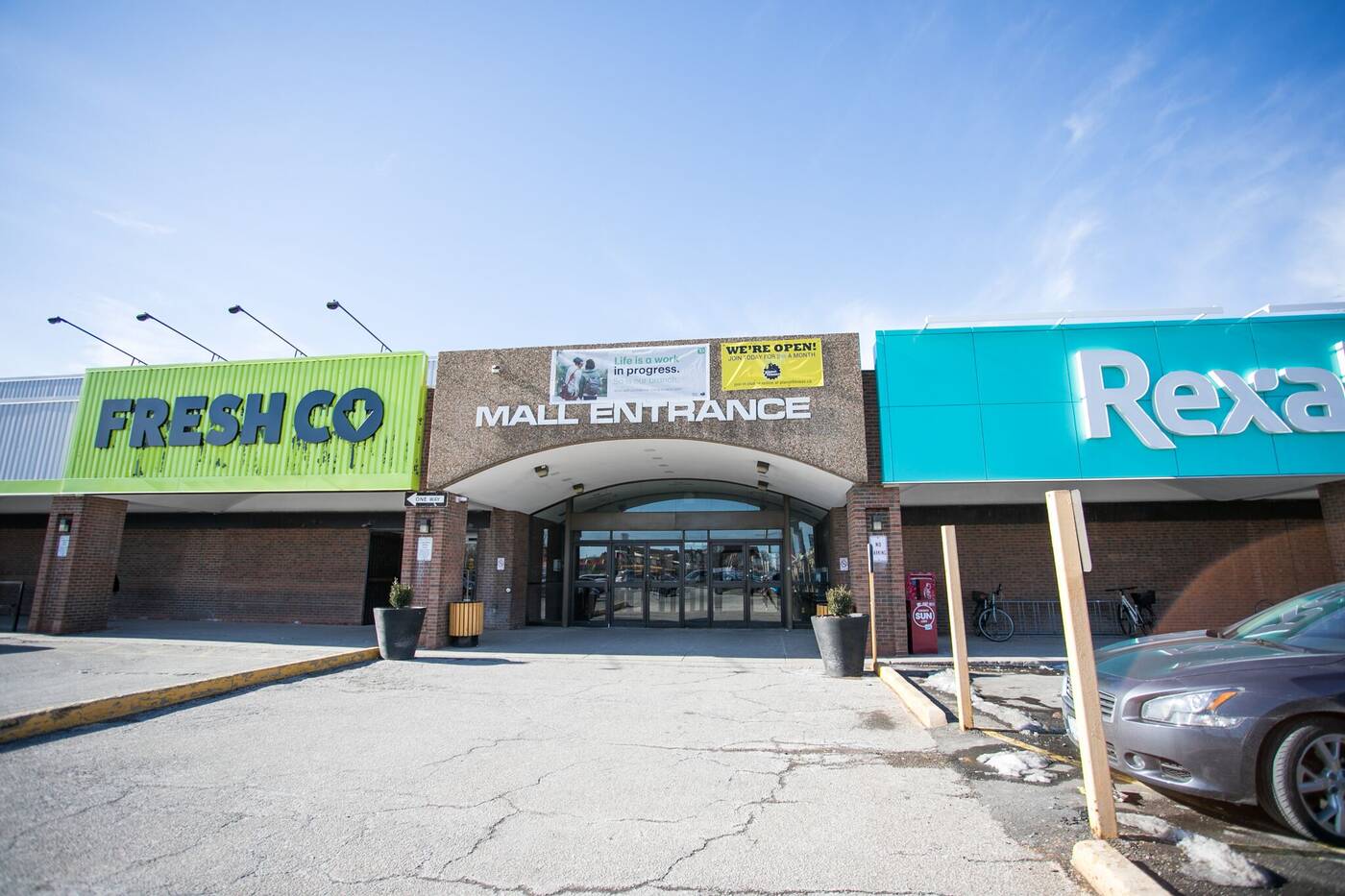 A master plan released last year by Toronto's Hariri Pontarini Architects last year shows that, when all is said and done, the Galleria site will contain a total of 3,400 new dwelling units planned across eight mixed-use towers, along with plenty of retail space and a brand new Wallace Emerson Community Centre.

At least 150 of the new residential units will be affordable rentals. 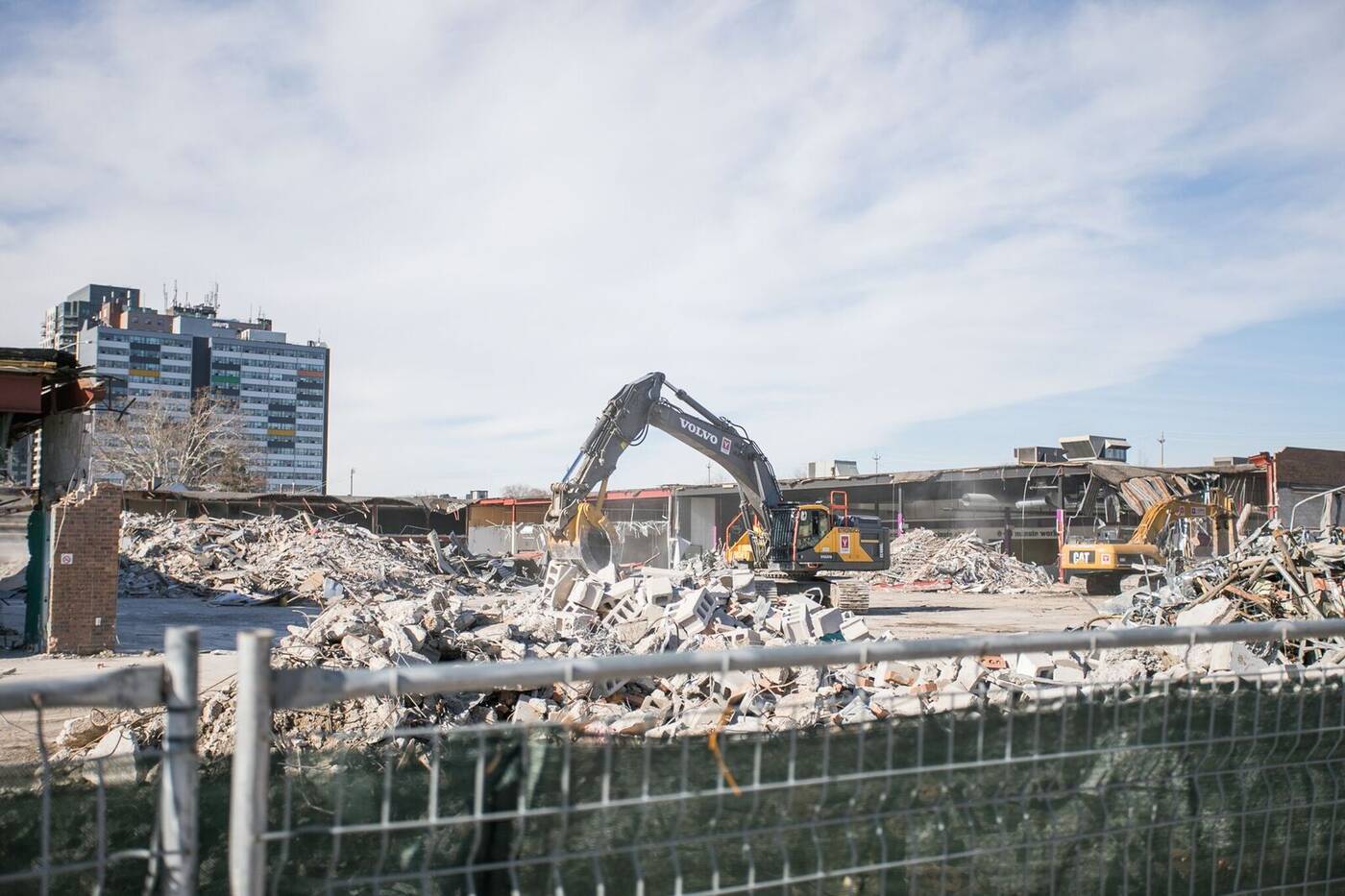 A massive new park will also come along with the development at a later phase.

Designed by Public Works, the park will run along the southern portion of the Galleria Mall site, giving visitors and residents access to everything from an outdoor winter skating trail and multi-purpose sports field to flexible play and public gathering spaces. 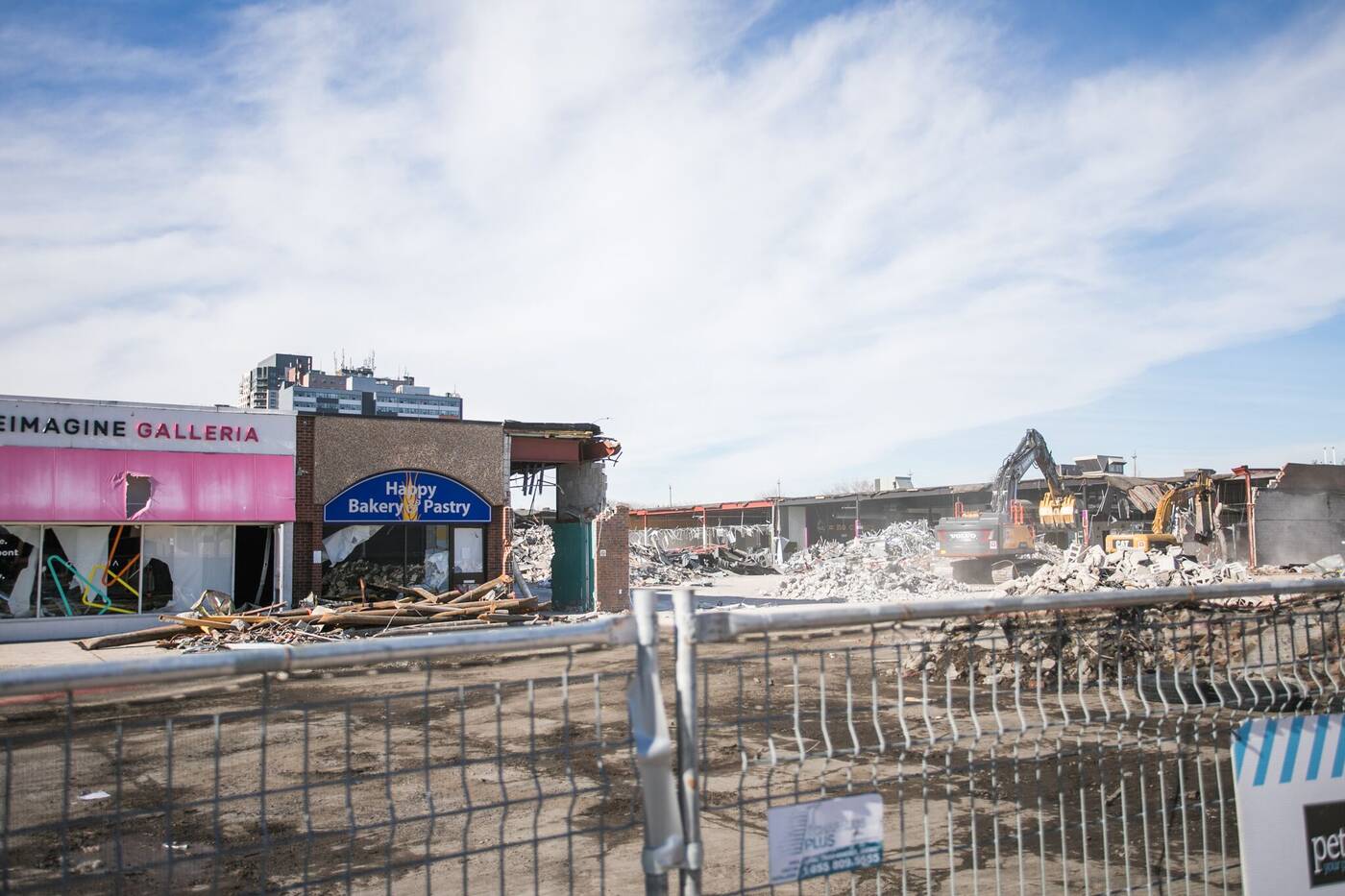 When complete, Galleria on the Park is expected to be a stunning example of master-planned communities done right.

For now, however, it's a rather messy-looking work in progress.