Despite numerous pronouncements of the end of the Galleria Mall when the property was sold to developers Freed and ELAD Canada last August, not much has changed at the site in the interim. The plan was never to buy the shopping centre and tear it down the next day.

On the contrary, the redevelopment process always figured to be a slow one given the size and complexity of site. The first public consultation was held in January before a second session this past week. In this time, a few priorities and some very early renderings have taken shape. 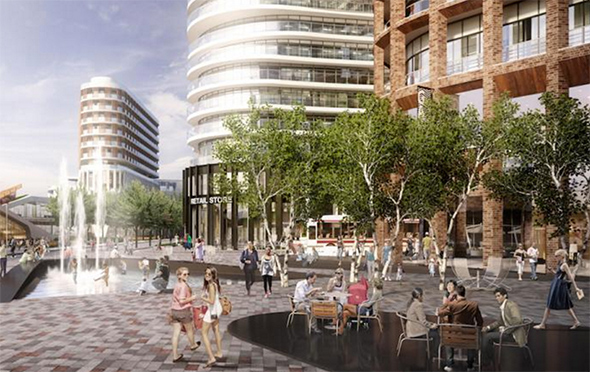 First posted by Urban Toronto, the artist concept drawings of the redevelopment don't show the actual designs for the mall's replacement, but serve to help imagine what revitalization might look like. What's important to note here is the presence of woonerfs, outdoor public space, a revamped Wallace-Emerson Park and Community Centre, and the scale of the residential buildings. 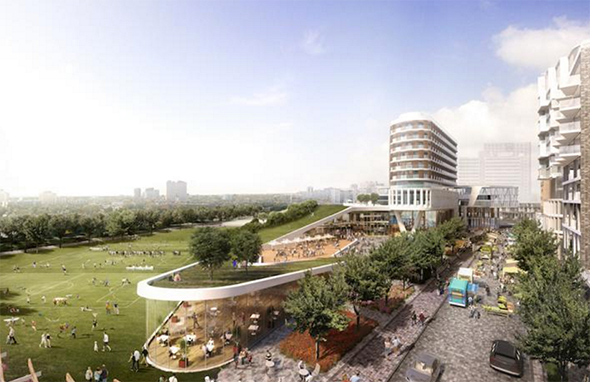 While the specifics are subject to change, if this is the general thinking, I'd say that's an auspicious start. Less obvious from the drawings is the plan to keep a significant amount of retail on the site. Urban Toronto quotes Joe Svec of Galleria Developments as saying the plan is to maintain or expand the existing square footage of retail, much of which will be smaller stores. 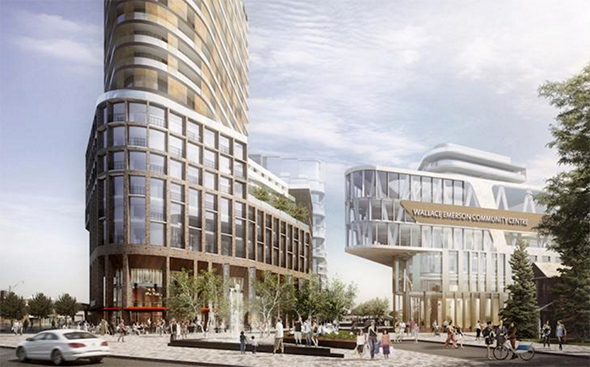 It's still the early days of the process, and there's sure to be a different set of designs floated before the developers take their plans to the city for approval, but the conceptual work shows a mixed-use development that might manage to keep some of the mom and pop retail in the neighbourhood even as the built environment undergoes profound change.

What do you think about the preliminary plans for the Galleria Mall redevelopment? Let us know in the comments.

All renderings are concept drawings and do not reflect the final design (via Galleria Developments.