Plans for the future of Toronto's derelict Galleria Mall are finally humming along after years of uncertainty over what developers plan to do with the sprawling and underused site.

A meeting of the Toronto Design Review Panel last week made it crystal clear: ELAD Canada and Freed Developments, which purchased the property in 2016, are going full-on, mixed-use, mega development—and they're doing it in style. 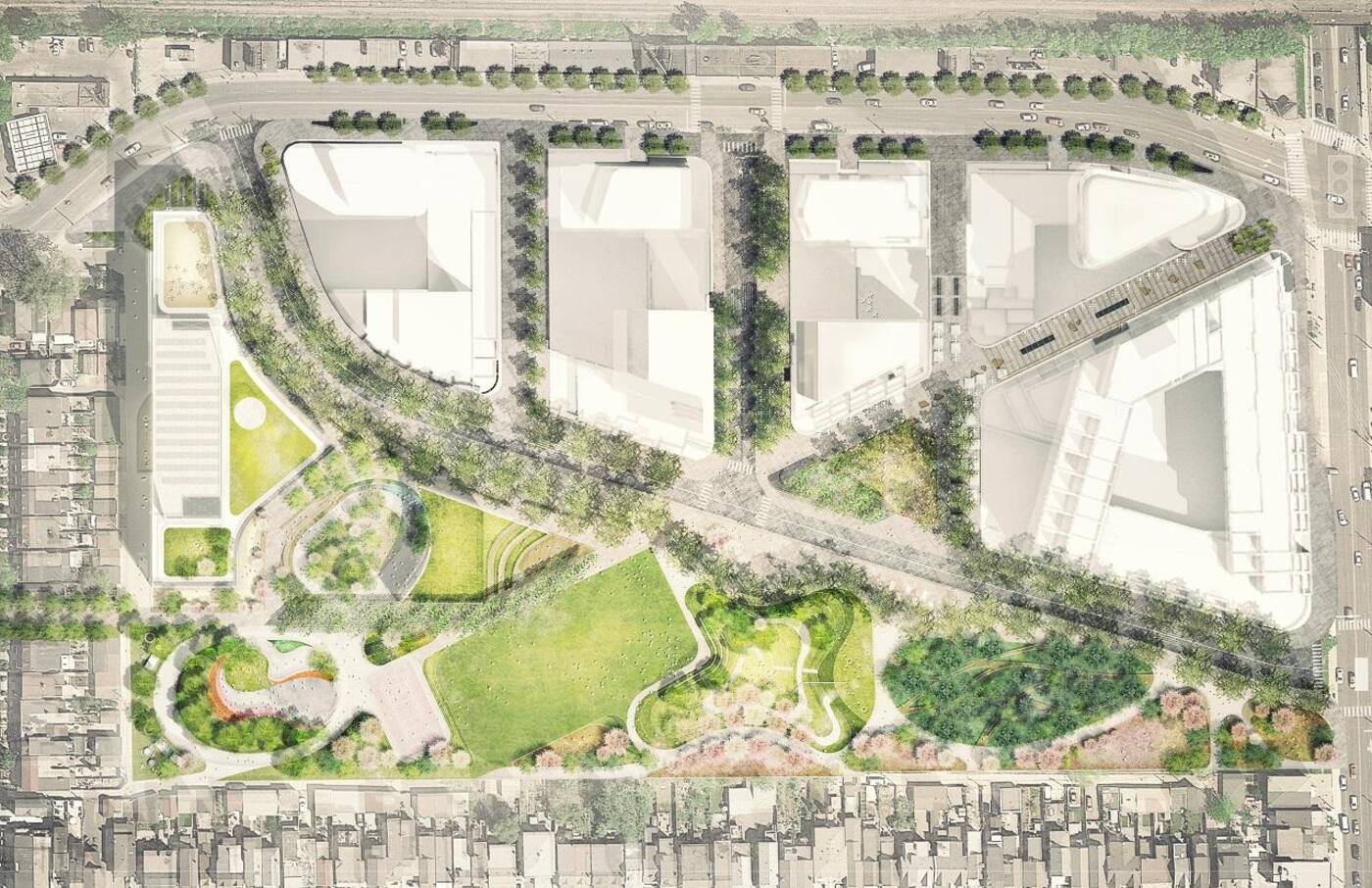 An overhead view of the plans for the development. Image via ELAD/Freed/Urban Toronto.

Phase One of the project at Dupont and Dufferin got underway earlier this month with a Site Plan Approval submission to the City of Toronto.

This first phase will see the western half of Galleria Mall demolished for two residential towers, though the portion containing Planet Fitness, Rexall, TD Bank and FreshCo will remain standing "until a later development phase," according to Urban Toronto. 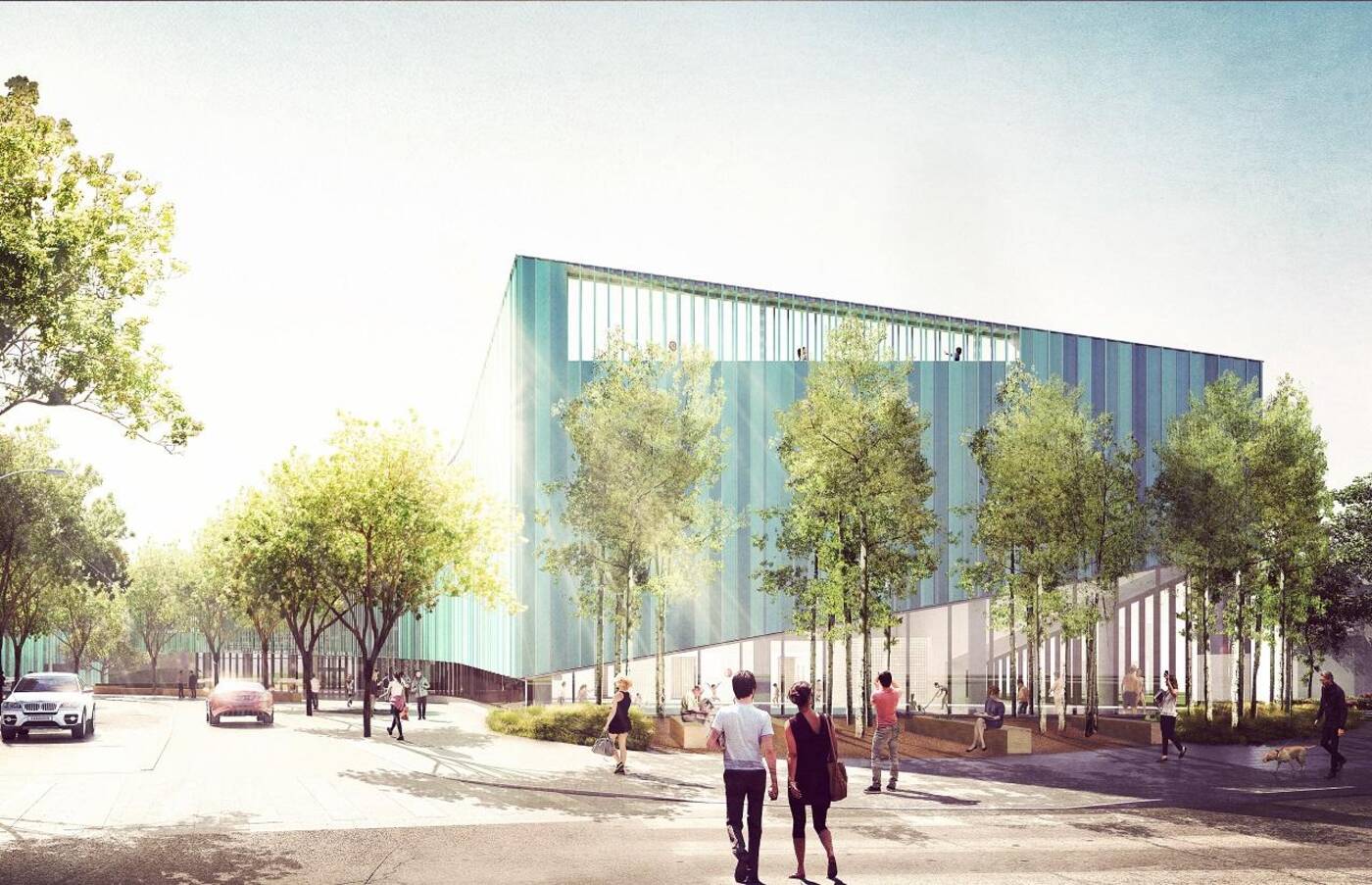 And that's only half the story.

A massive new park running along the southern portion of the Galleria Mall site will give visitors and residents access to everything, from an outdoor winter skating trail to a multi-purpose sports field "with the potential for hosting events and performances," according to Urban Toronto. 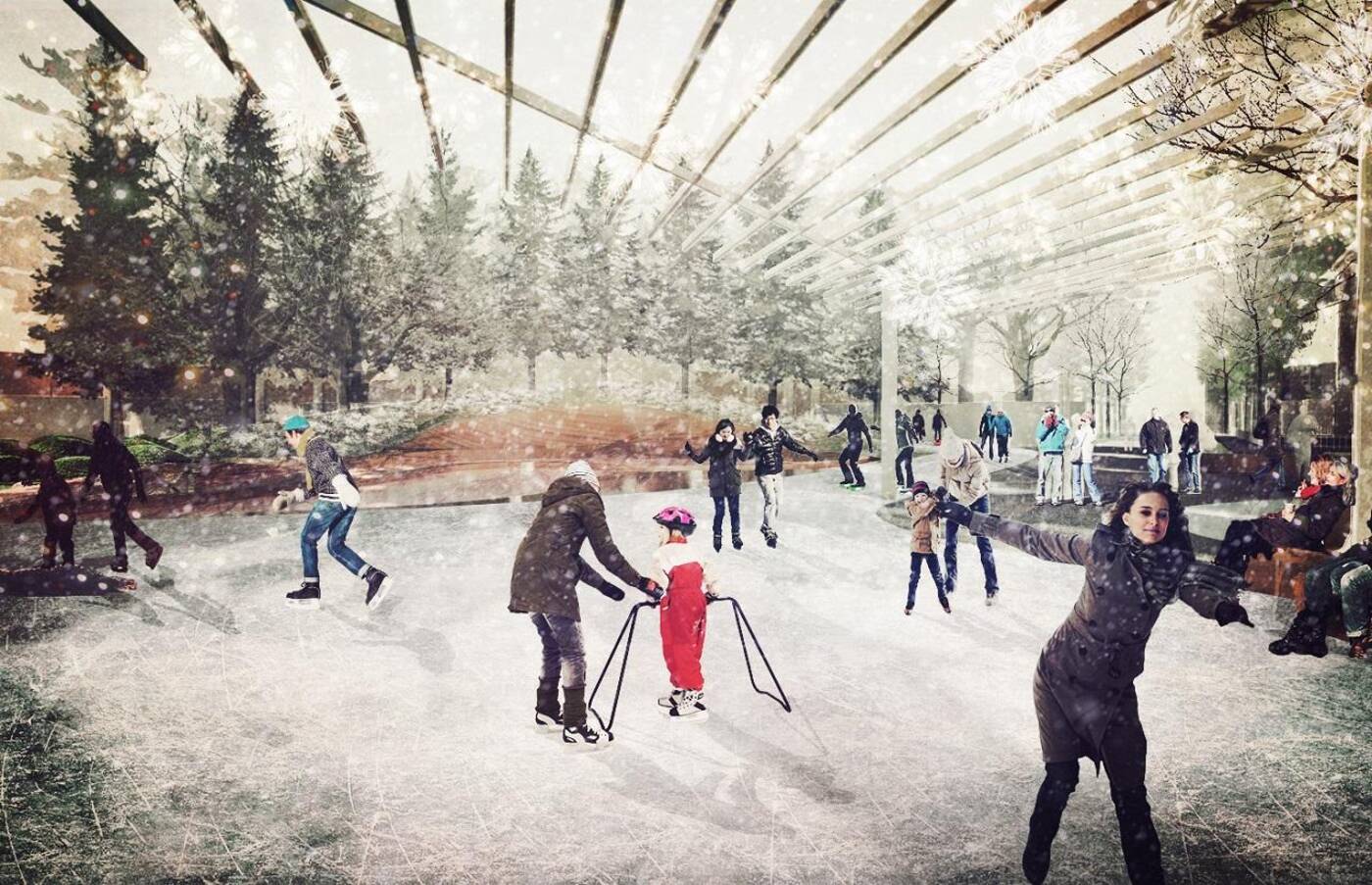 Designed by Public Works, the park is segmented into three main "character areas," all of them connected by paths and trails. 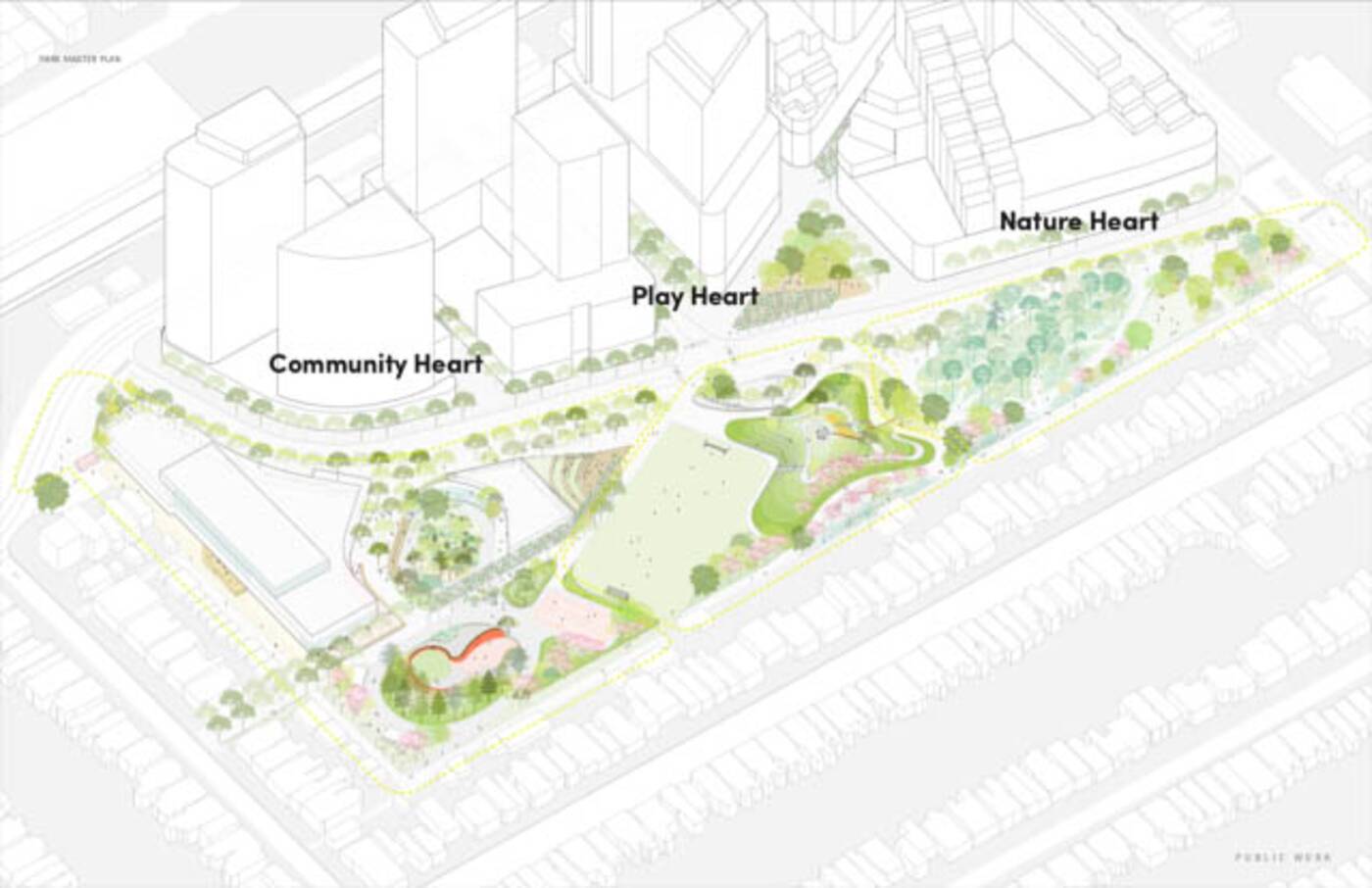 The "Community Heart" area, located beside the new community centre, will include a skateboard park and various outdoor gathering spaces. 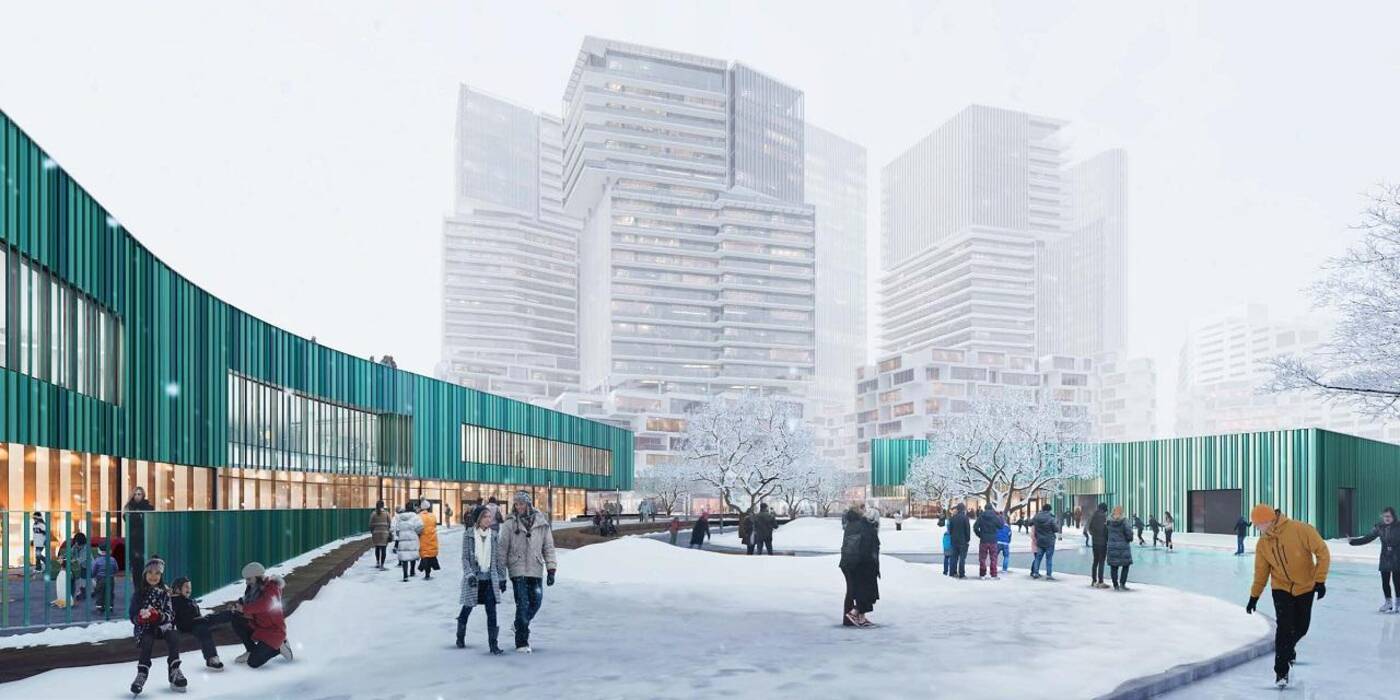 The "Play Heart" will feature the aforementioned sports field as well as an artificial hill and flexible play space. 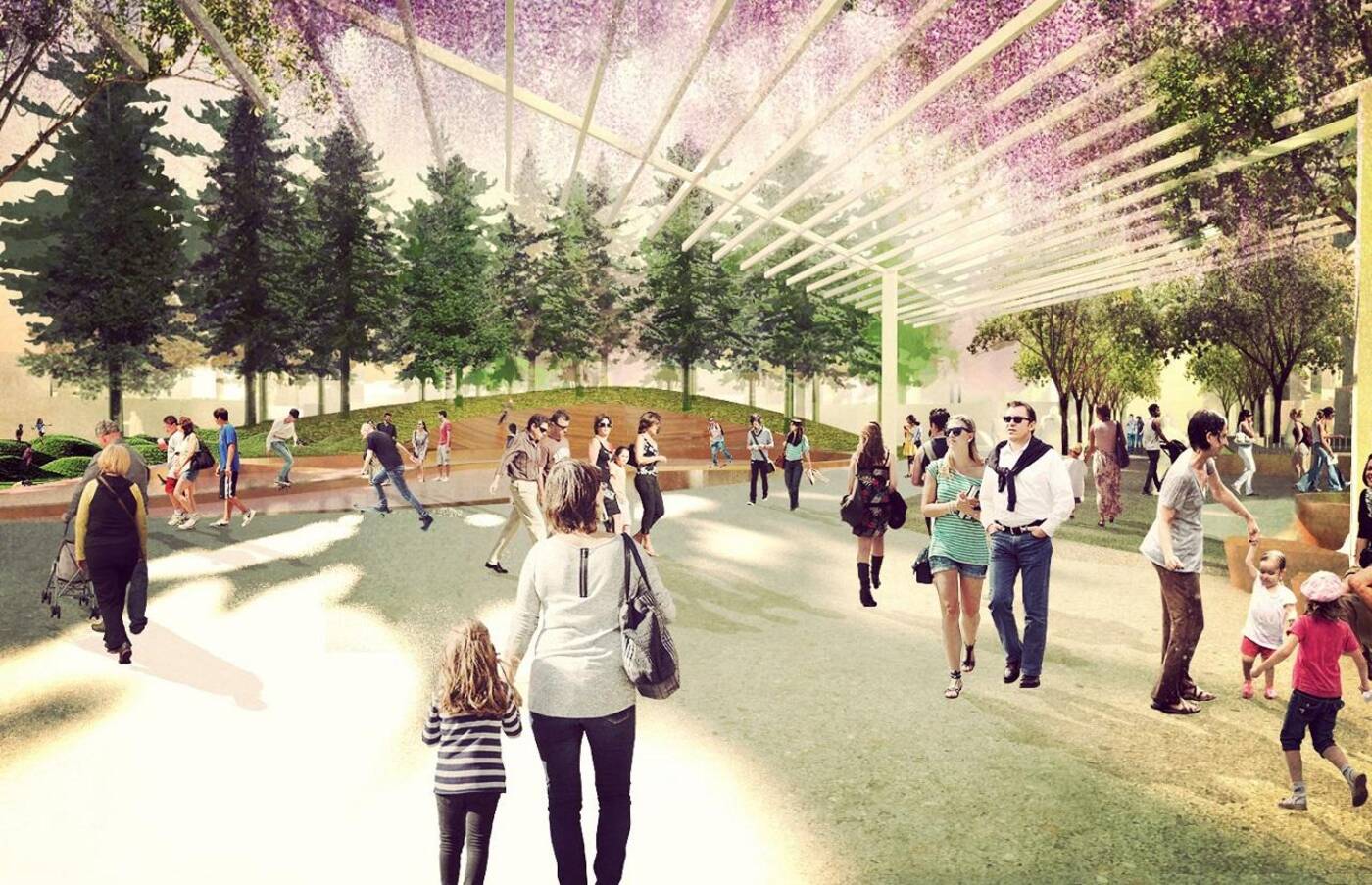 The "Nature Heart" bordering Dufferin Street will feature forested areas, lawns and trails for some real green space in the heart of the city. 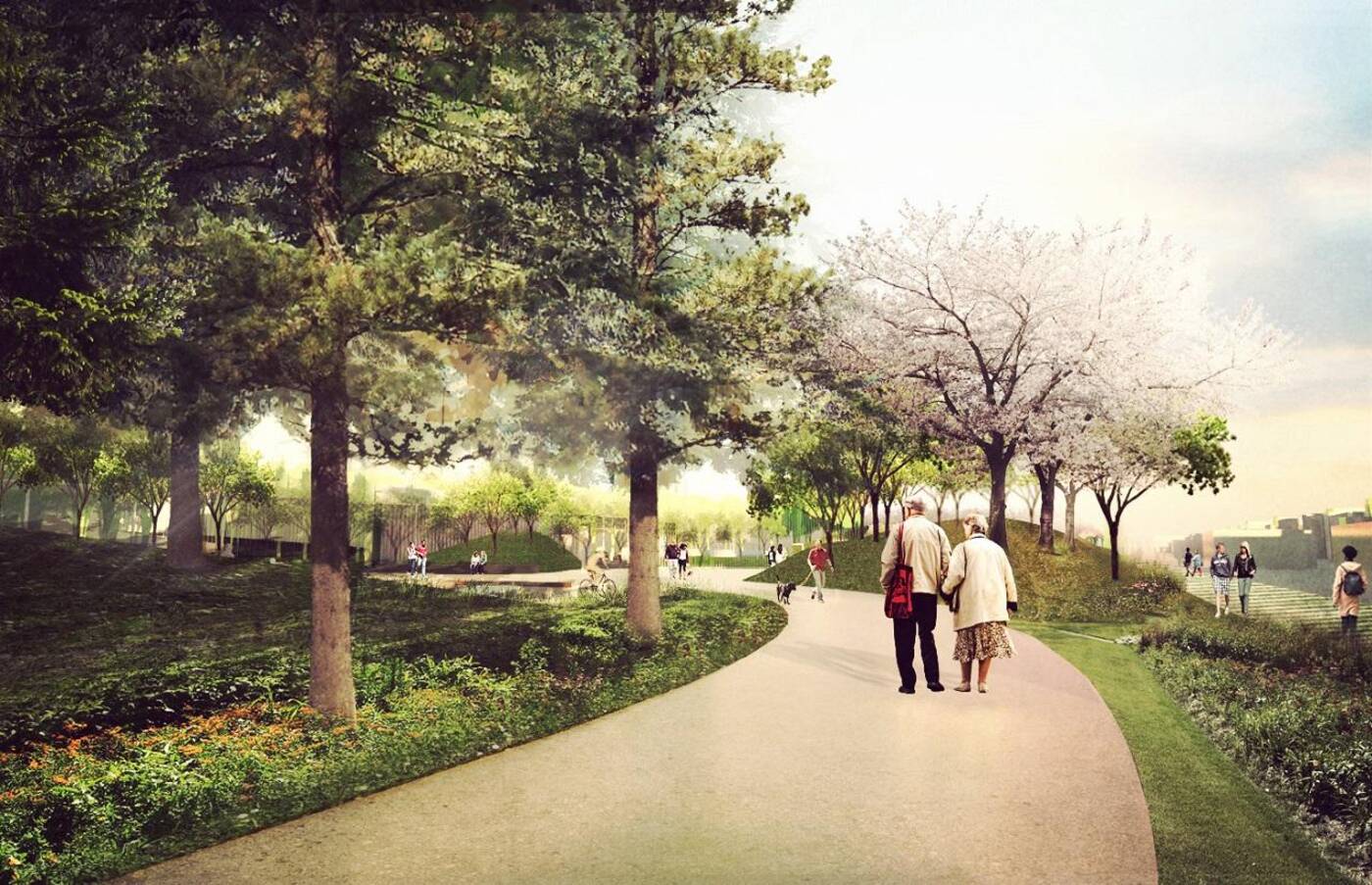 The community centre, designed by Perkins + Will, will house a pool, a gymnasium, a fitness centre, indoor running tracks, a childcare centre, and multi-purpose activity and community rooms spread across three floors.

A "landscaped rooftop terrace" will also be available to the public when the centre is complete, according to Urban Toronto, as will an outdoor forum space cradled in the curve of the building, which will be clad in stunning teal terracotta if constructed as designed. 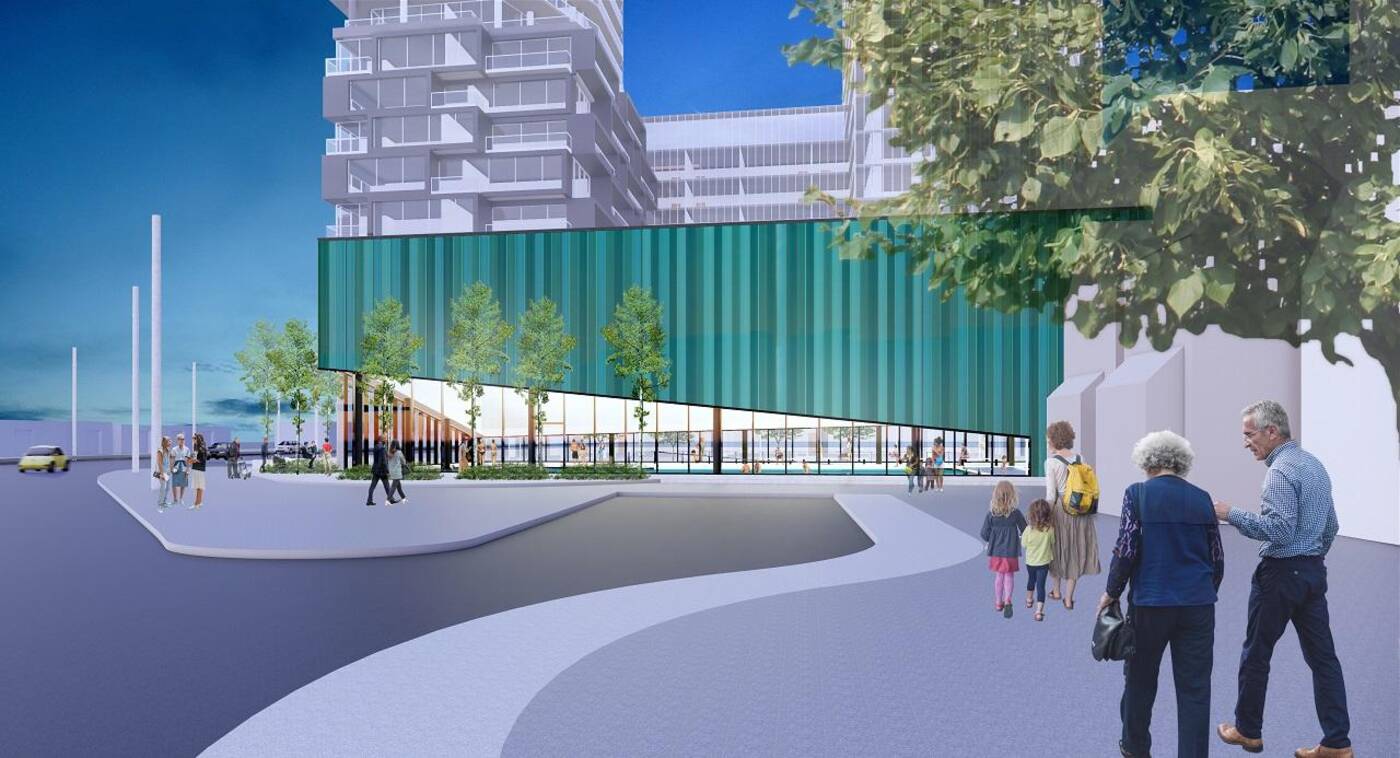 Judging by the progress of other mega developments within Toronto and elsewhere, it'll be some time before we see all of this come to fruition.

Still, it's nice to know that things are finally moving forward with the redevelopment of Toronto's ugliest mall.