Huge new park could be coming to midtown Toronto

New developments are proposed all the time in Toronto, but few make a major contribution to the public realm. The project set to revitalize the Dupont and Dufferin area might, however, prove to be an exception.

New details have emerged for dramatic plans to transform the area that's currently home to the Galleria Mall.

The redevelopment — originally outlined last year — has recently undergone a series of revisions based on input from the community and city officials, and will now offer half of the land to park space on the site. 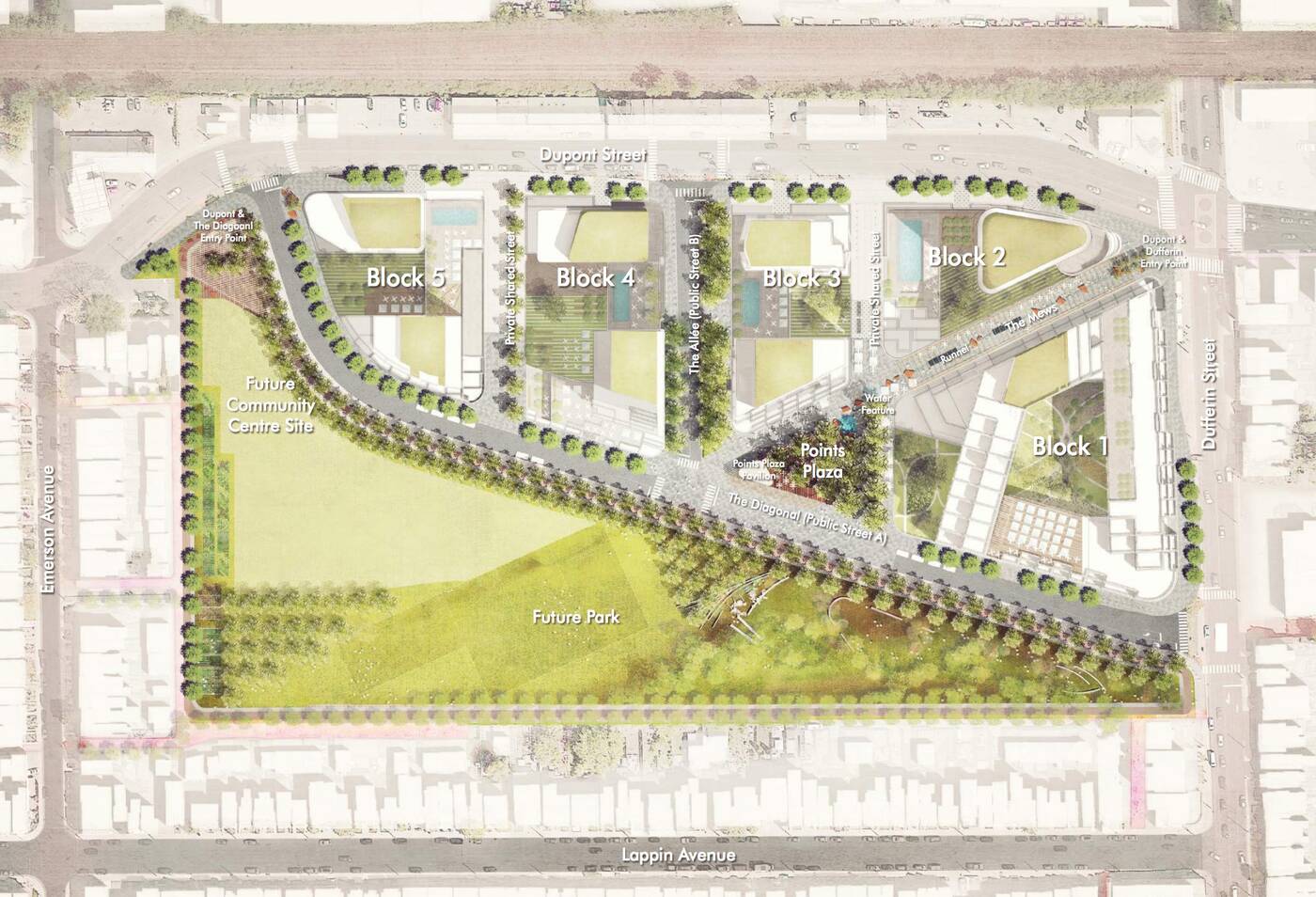 New renderings show an equal split between the complex and parkland. Photo courtesy of Elad Canada and Freed Developments via the City of Toronto.

The new plan shows a reduced presence for the 11 massive towers by juxtaposing them with an expansion of the preexisting Wallace Emerson Park directly adjacent to the planned mixed use complex. 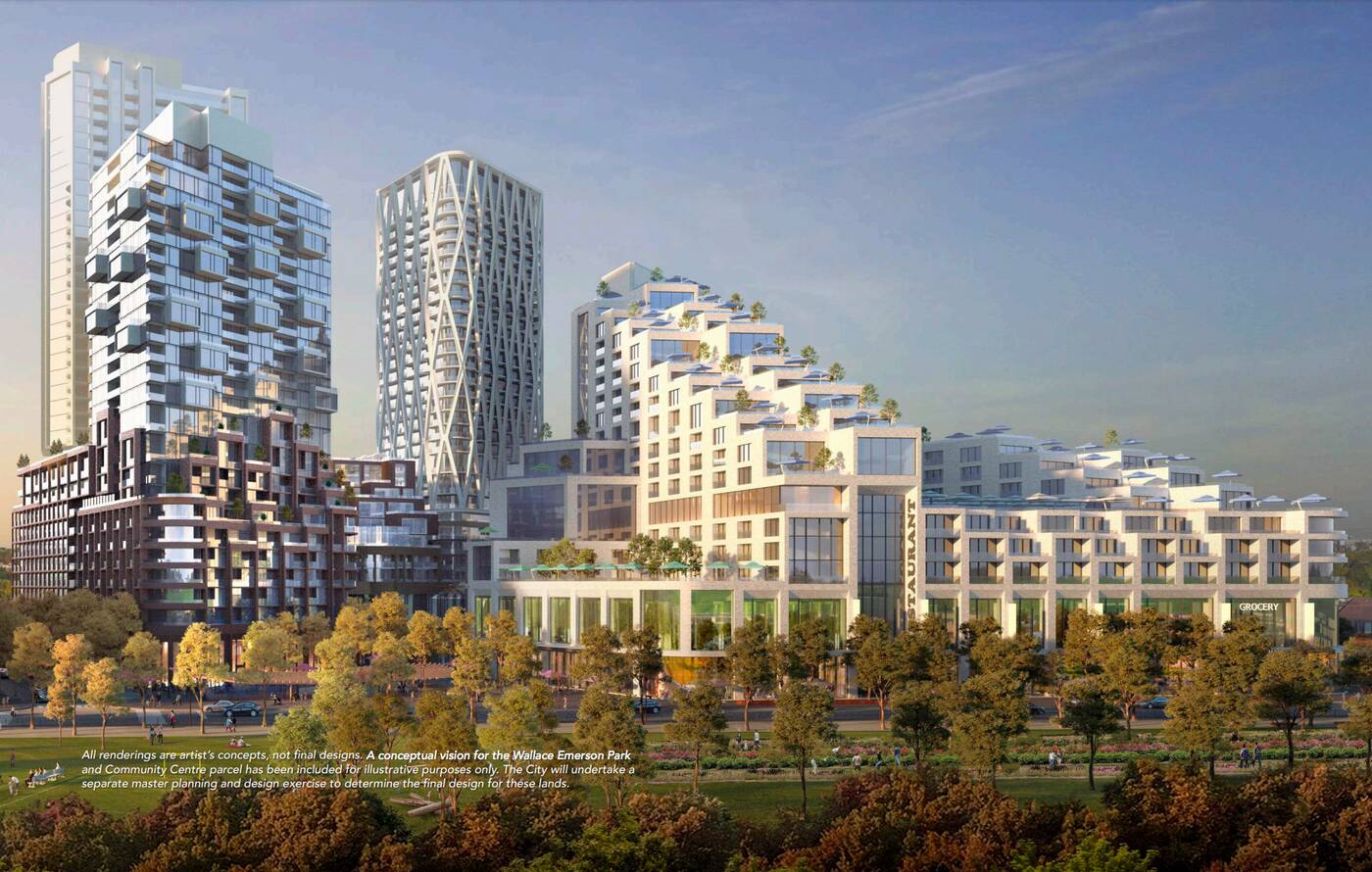 Still in the concept stage, the new complex will consist of 11 mid-to-high rise towers. Photo courtesy of Elad Canada and Freed Developments via the City of Toronto.

The new plans also call for the replacement of the community centre on site, though the planning for such a project will fall to the city. Perhaps even more notably, a new diagonal street is planned to run directly down the centre of the site, connecting Dupont with Dufferin St.

Ample space will be given to retail space and mixed use facilities in an attempt to transform the site into a family-friendly, easily walkable, community hub. 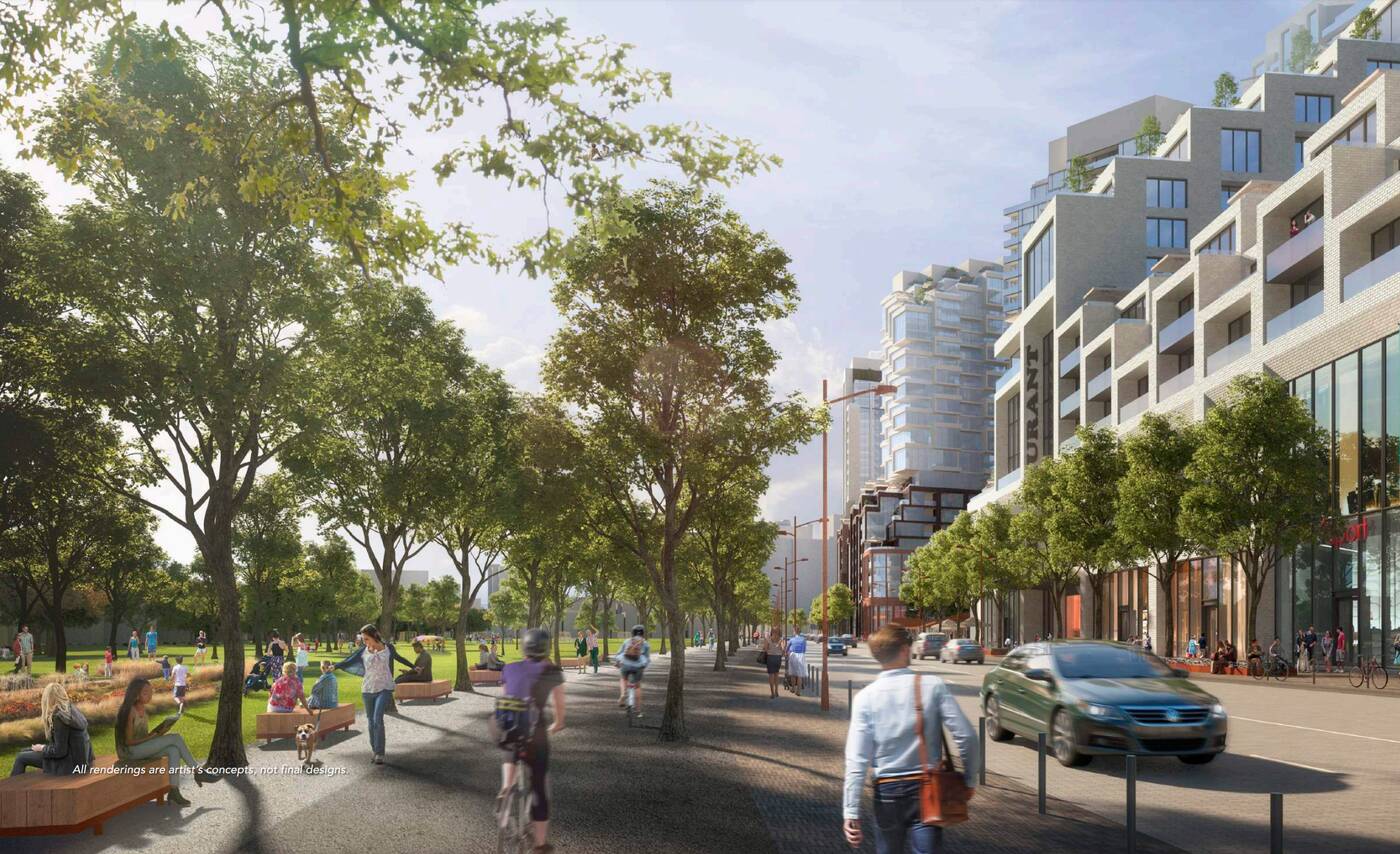 A new street will run through the area and allow for public transit to pass halfway through. Photo courtesy of Elad Canada and Freed Developments via the City of Toronto.

The height of the towers has been reduced and some were repositioned in an effort to conform to the surrounding area with is mostly mid-to-low rise buildings and houses.

The proposal still remains in the conceptual phase as the developers seek zoning amendments for the site plan. It's sure to witness further revisions along the way, but for now it looks like it won't be short on green space.

Elad Canada and Freed Developments via the City of Toronto