The redevelopment of Toronto's derelict Galleria Mall is finally underway after years of uncertainty over what developers planned to do with the sprawling, underused site.

ELAD Canada, which purchased the property in 2016, has now started the process of turning Galleria into a mixed-use mega development called "Galleria on the Park."

To celebrate the first phase of what's expected to become one of Toronto's largest master-planned communities, the firm tapped local artist Thrush Holmes to design some public art.

His new, larger-than-life, neon text installation was unveiled this week. 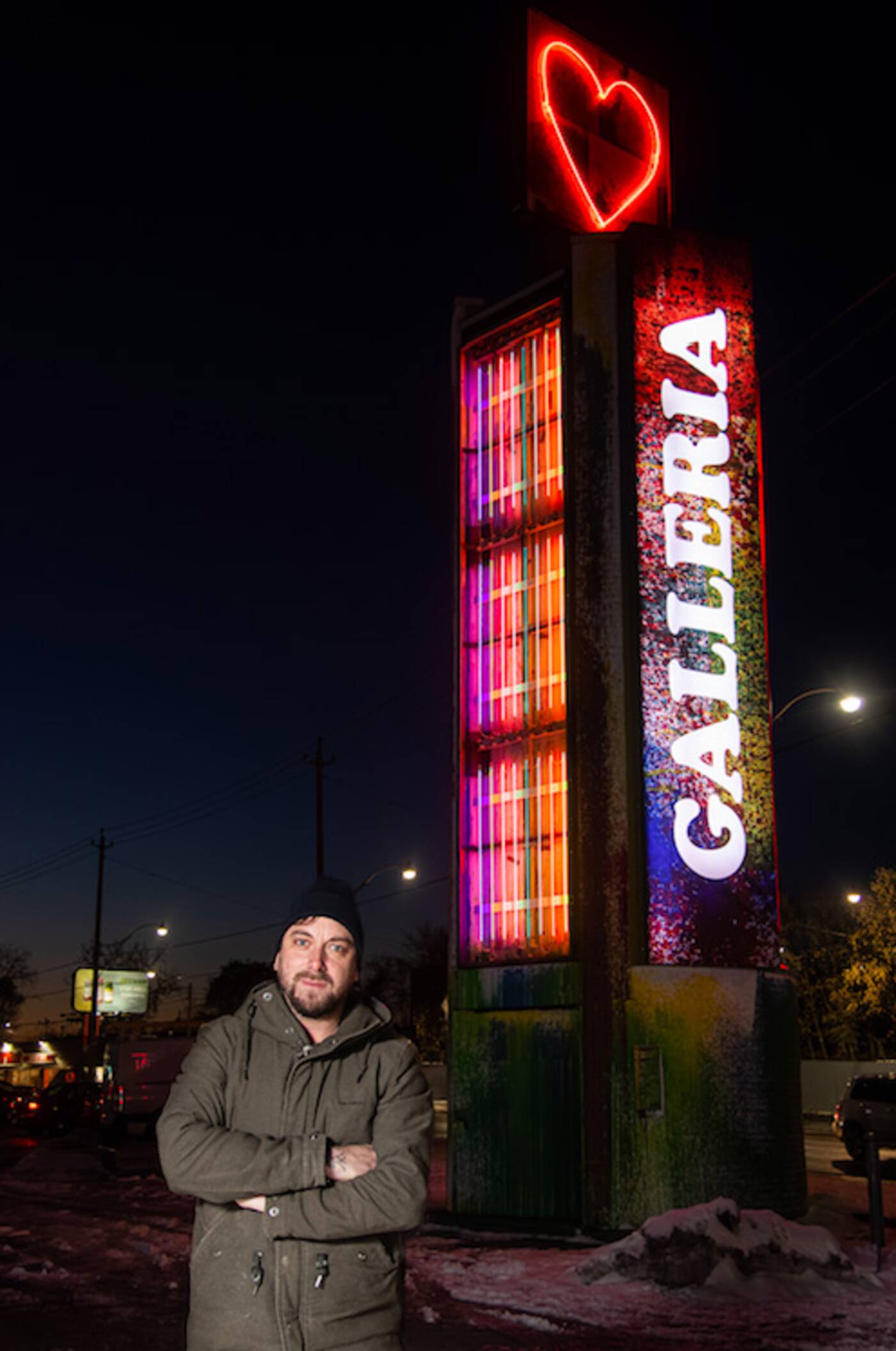 "As the Galleria Mall site undergoes transformation to become Galleria on the Park... the 60-ft-tall shopping centre pylon has been reimagined into a glowing beacon for the neighbourhood," reads a release describing the work.

"The dated brick pylon that once displayed the mall’s old signage at the corner of the 22-acre property, has now become a colourful, eye-catching gateway into the site."

Toronto's newest piece of Instagram-bait features a freshly-illuminated Galleria sign with neon bars, the words "Love me Till I'm Me Again" and a red neon heart glowing high atop Toronto's west end. 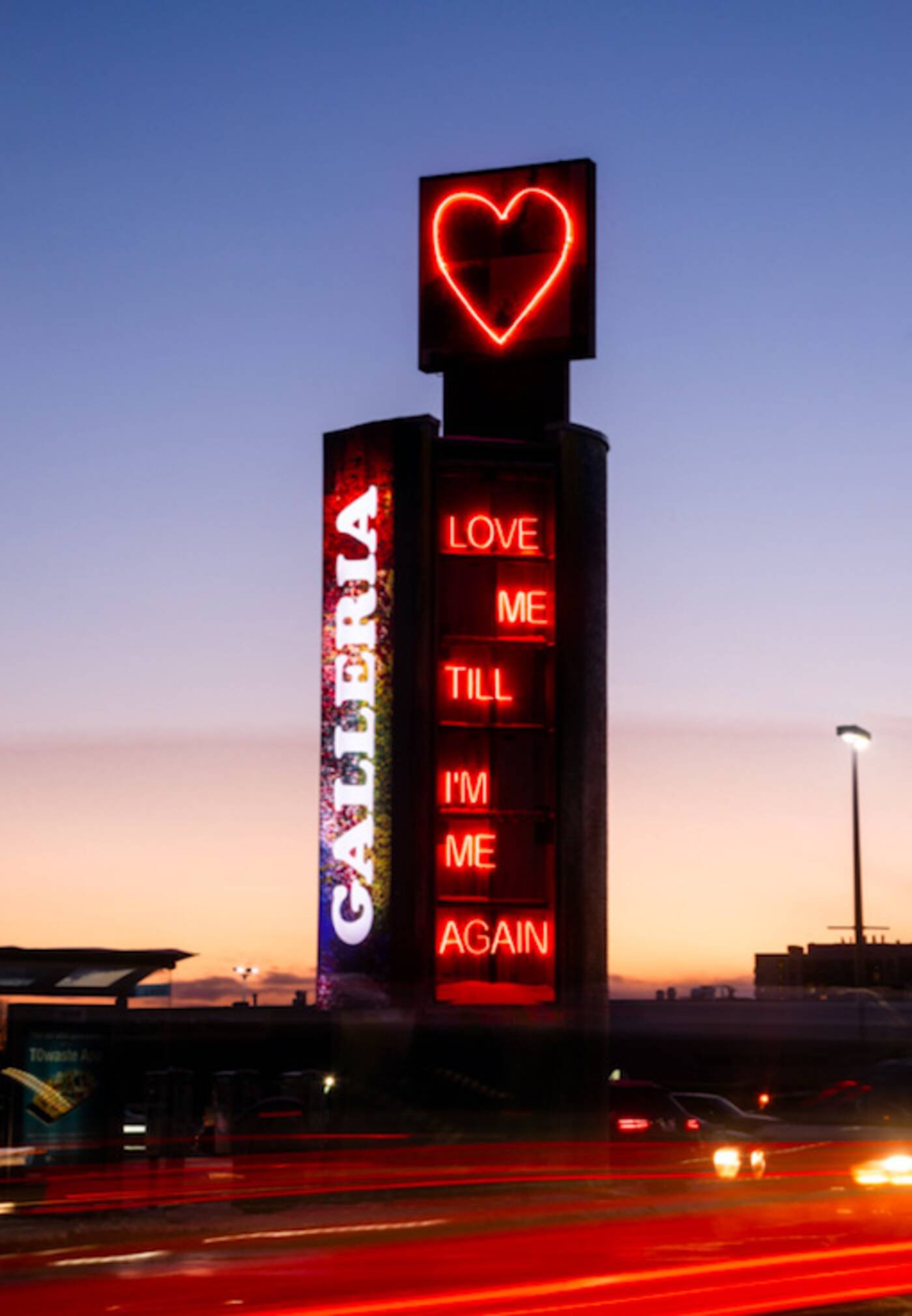 The piece will be on display "over the next few years," according to ELAD Canada.

"We're thrilled to debut this public art as we announce Galleria 02," said ELAD CEO Rafael Lazer of Holmes' piece, erected in celebration of Galleria 01, which launched this fall and includes the brand-new eight-acre Wallace Emerson Park and the 95,000-square-foot-Wallace Emerson Community Centre.

"This new art piece is a great fit for the neighbourhood," said Lazer, "celebrating the site's transformation and symbolizing Dupont West's exciting future."