After roughly a decade of planning, delays and construction, the King-Liberty Pedestrian/Cycle Bridge is at long last open to the public.

The highly-anticipated bridge over the Metrolinx Kitchener/Milton Rail Corridor opened partially on April 19, with just pedestrian access via stairs available as of yet, but Liberty Village residents are already putting it to good use. 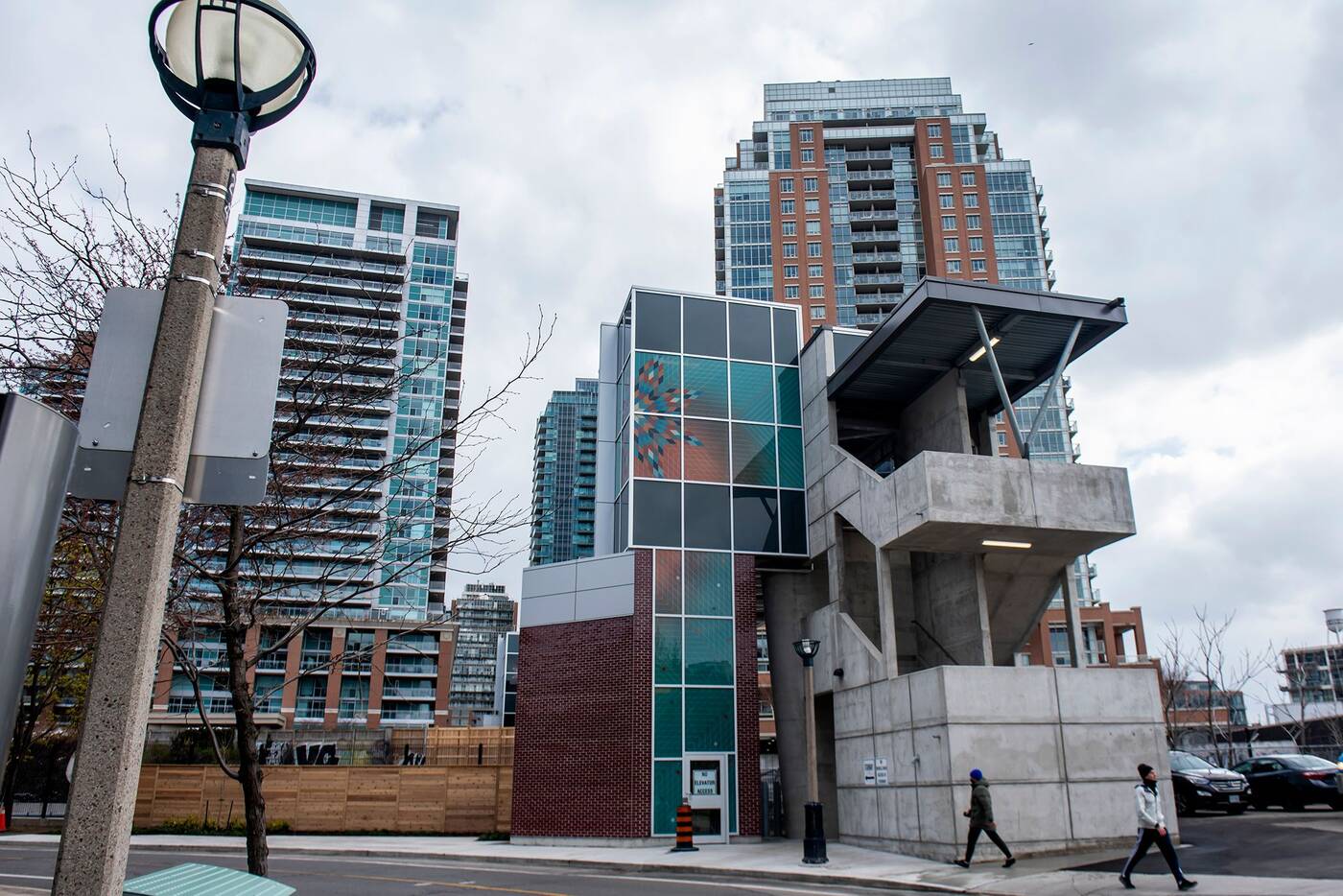 Access to the King/Liberty Bridge is currently only available via stairwell.

The new stainless steel bridge, which is part of the council-approved 2018 Capital Works Program, provides a convenient and more direct route from Liberty Village to King Street West between Atlantic Avenue and Strachan Avenue, spanning all the way from Douro Street to the western leg of Western Battery Road. 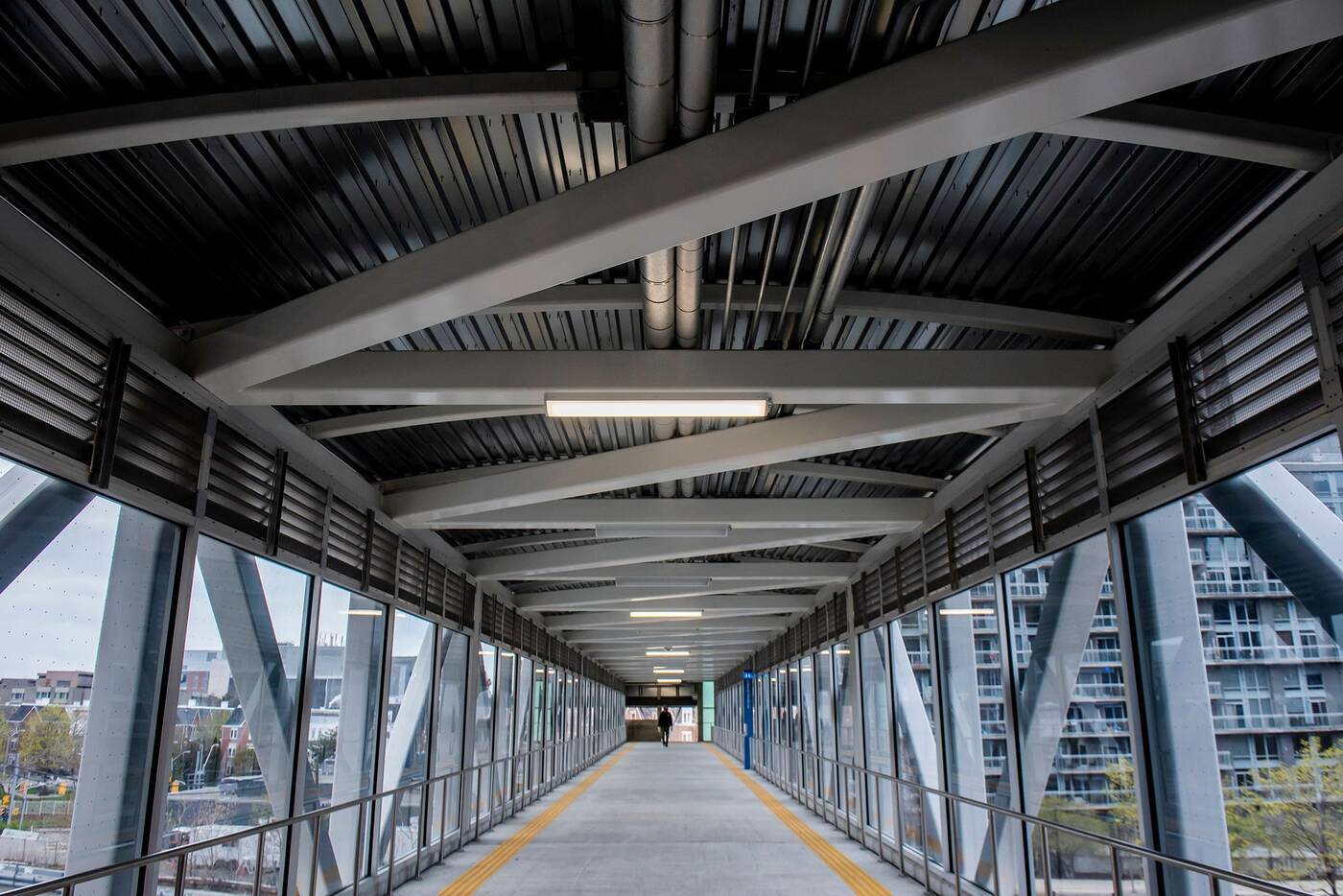 The bridge deck is five metres-wide and mostly enclosed.

The bridge was hoisted into place back in 2019 and features a five-metre-wide deck that is covered and mostly enclosed. It spans the entirety of the 55-metre-wide Metrolinx rail corridor. 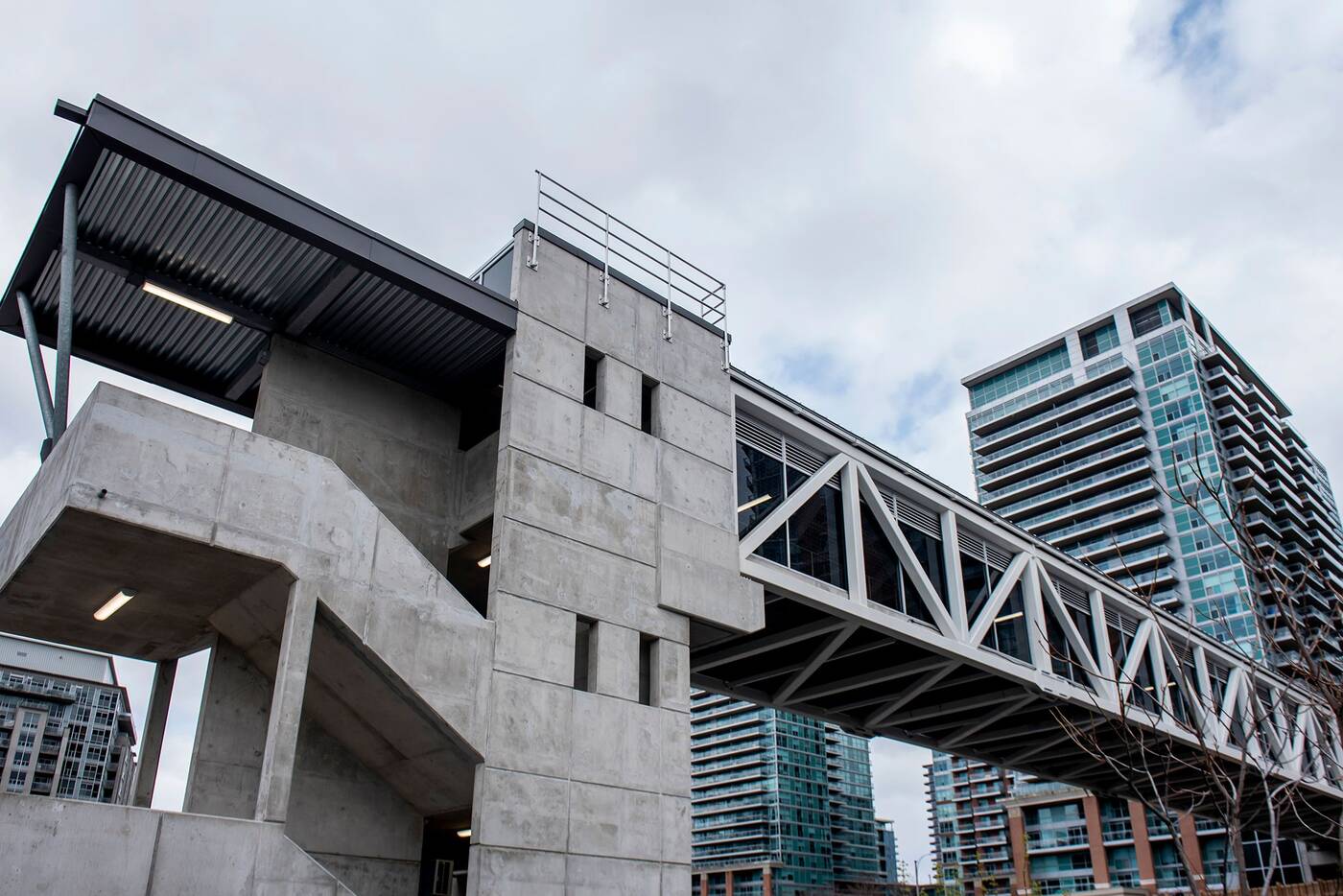 And while access is limited to open stairwell entry for now, bicycle channels on each side and elevators for barrier-free access will also eventually be available to the public. 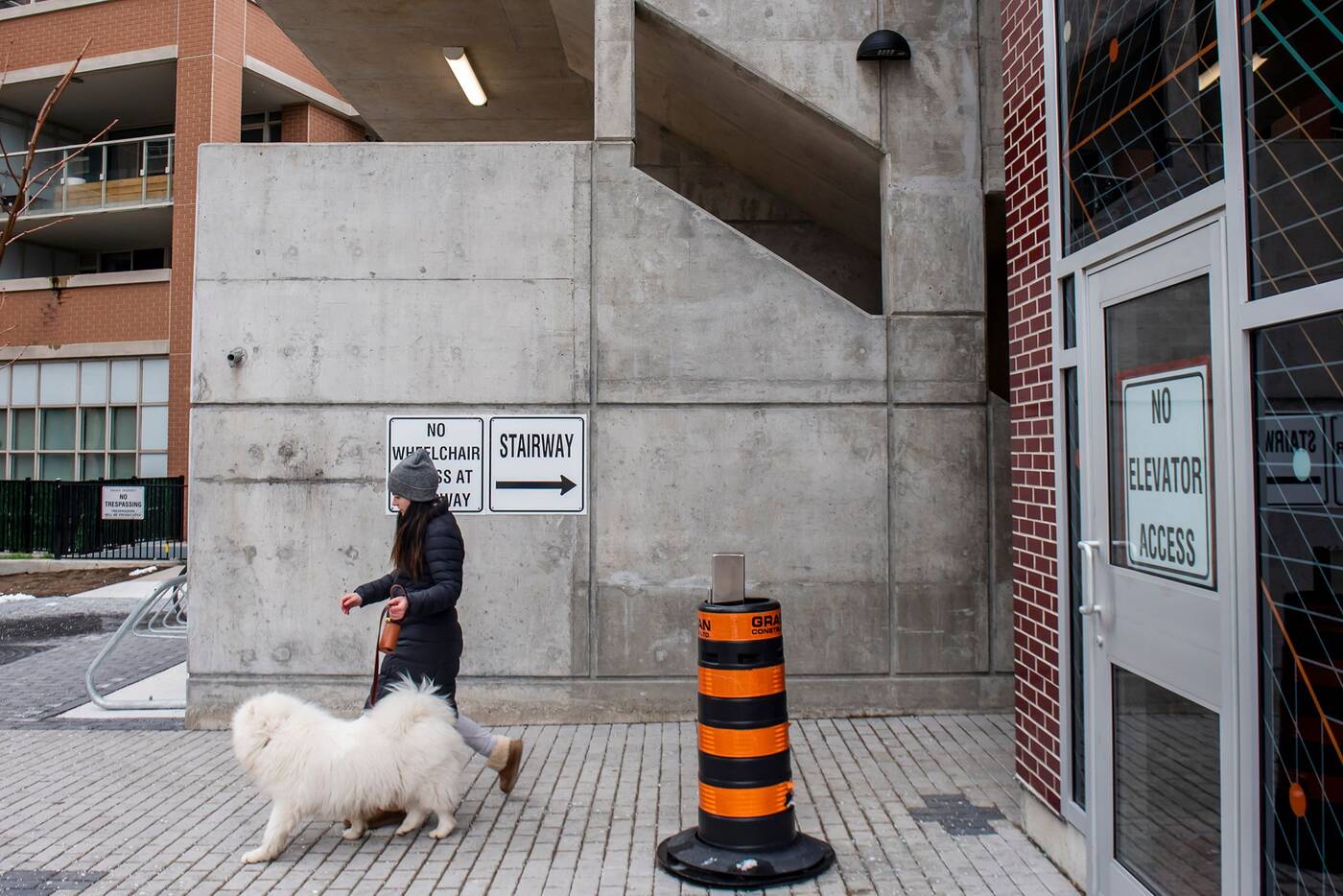 The elevators are not yet available to the public.

Colourful public art can be seen on the glass of the elevator towers, and all passageways and approaches are illuminated for safe 24-hour access. 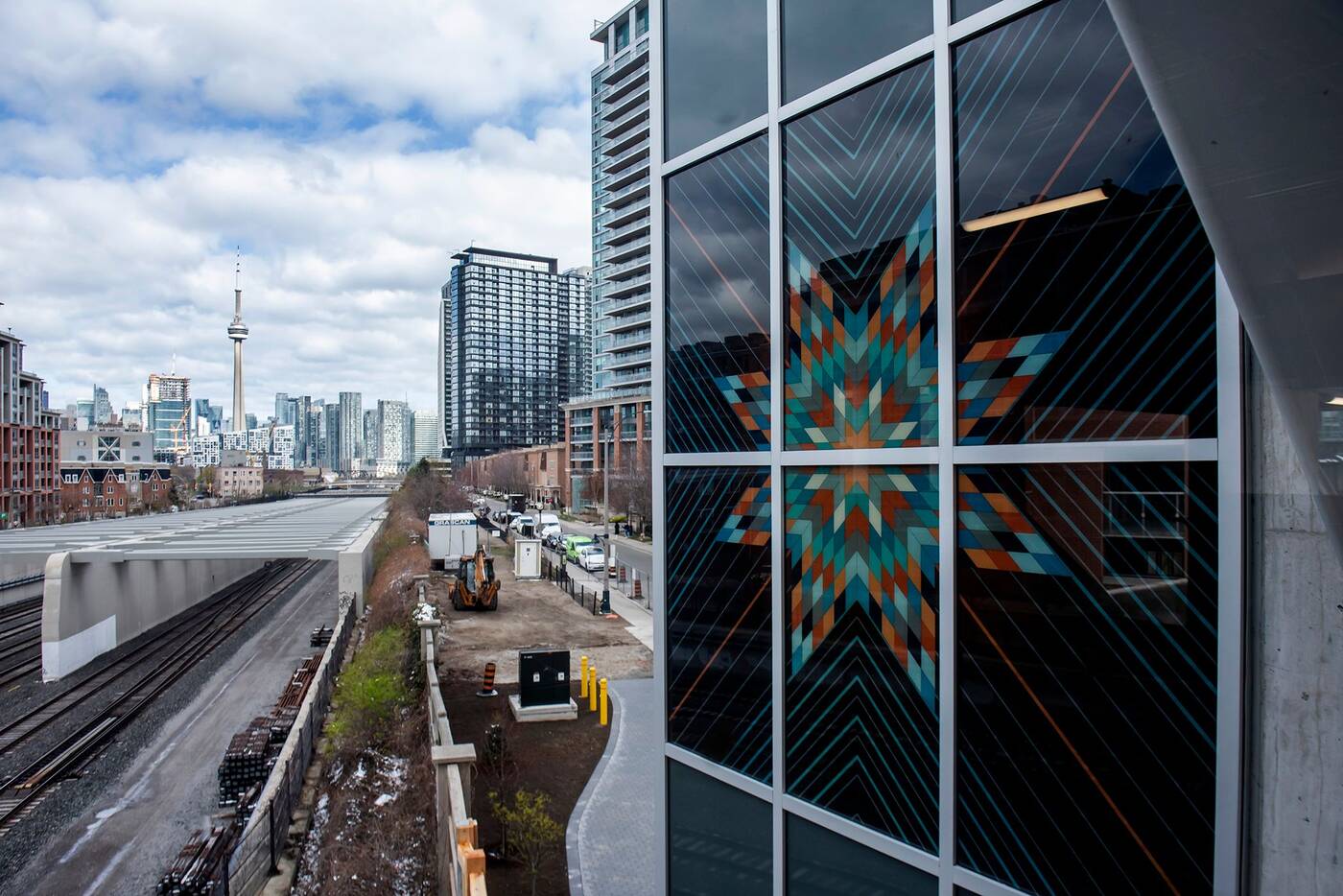 Construction on the bridge remains ongoing despite the partial reopening and is expected to continue throughout the summer months, with minor soft landscaping work including restoration of the adjacent dog park expected to be completed later in 2021.