Liberty Village is finally getting the bridge it so desperately wants

After what feels like decades of trudging up Strachan and Atlantic to access the outside world, Liberty Village residents are finally getting a centrally-located portal to King Street.

Unless the project gets delayed... Again.

The City of Toronto has announced that construction on the fabled King-Liberty pedestrian cycle bridge will begin early this summer, more than seven years after it was approved by city council.

If things go well, a new access point stretching above the Metrolinx rail corridor from Douro Street to the western edge of Western Battery Road will be finished by summer of 2019. 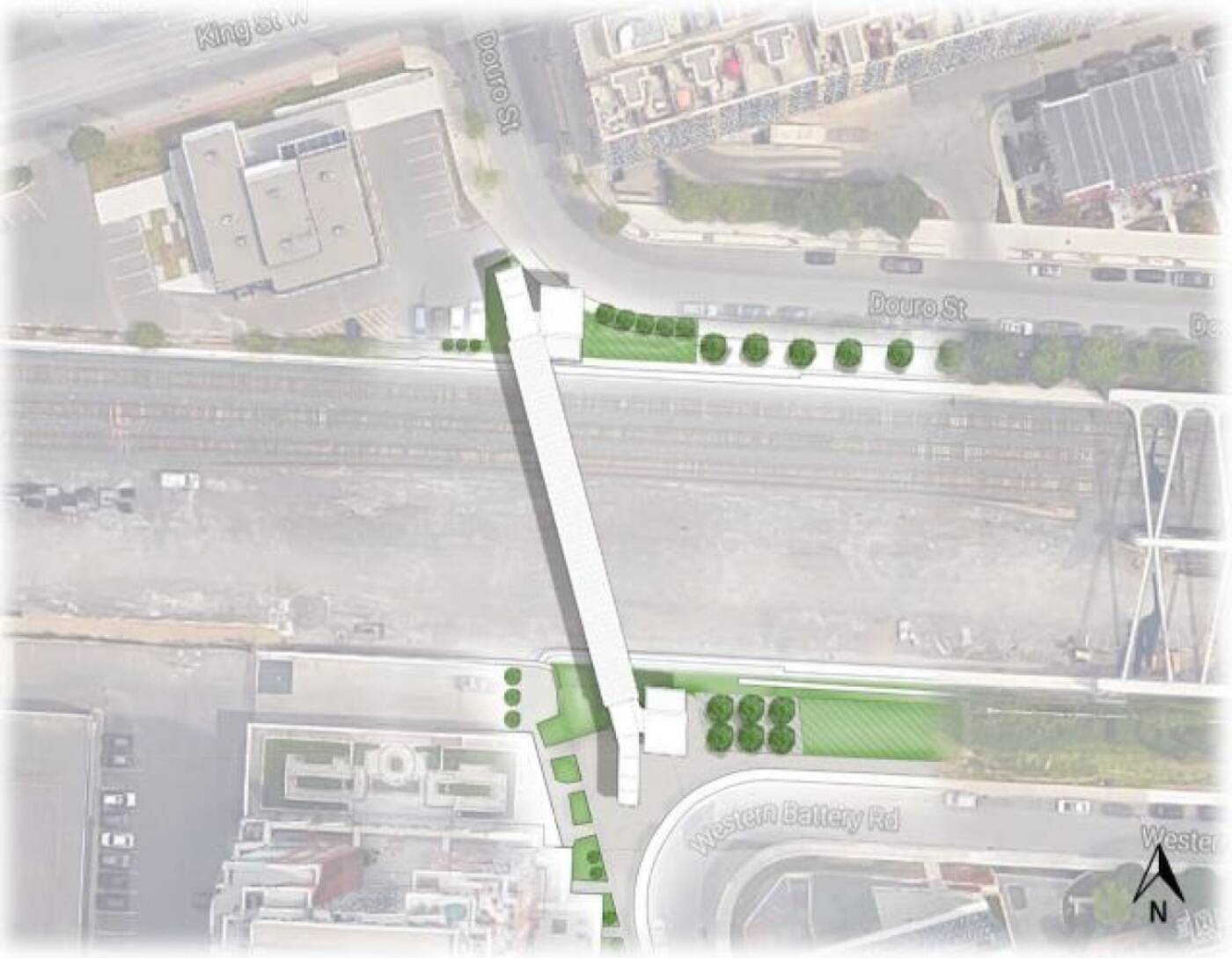 This rendering illustrates where the covered bridge will connect in both Liberty Village and King West. Image via City of Toronto.

"This new bridge will provide a convenient and more direct route from Liberty Village to King Street West between Atlantic Avenue and Strachan Avenue," reads the city's website for the project.

"Lighting and other elements will be designed with consideration of adjacent apartments."

Currently, people must go ridiculously far out of their way to get from King Street to the middle of Liberty Village – a bustling, post-industrial neighbourhood filled with tech companies and young urban professionals in condos.

There really needs to be a pedestrian bridge connecting Liberty Village to Shaw. #Toronto

With only two ways into and out of the hood (three, if you count the tunnel to Exhibition Place), the community is often described as "isolated" – or at the very least "annoying to get to."

What's even more frustrating is how close the neighbourhood is to King. A journey that would take 20 minutes on foot could right now would be closer to three minutes if we could walk across the train tracks.

The bridge will allow us to do just that. 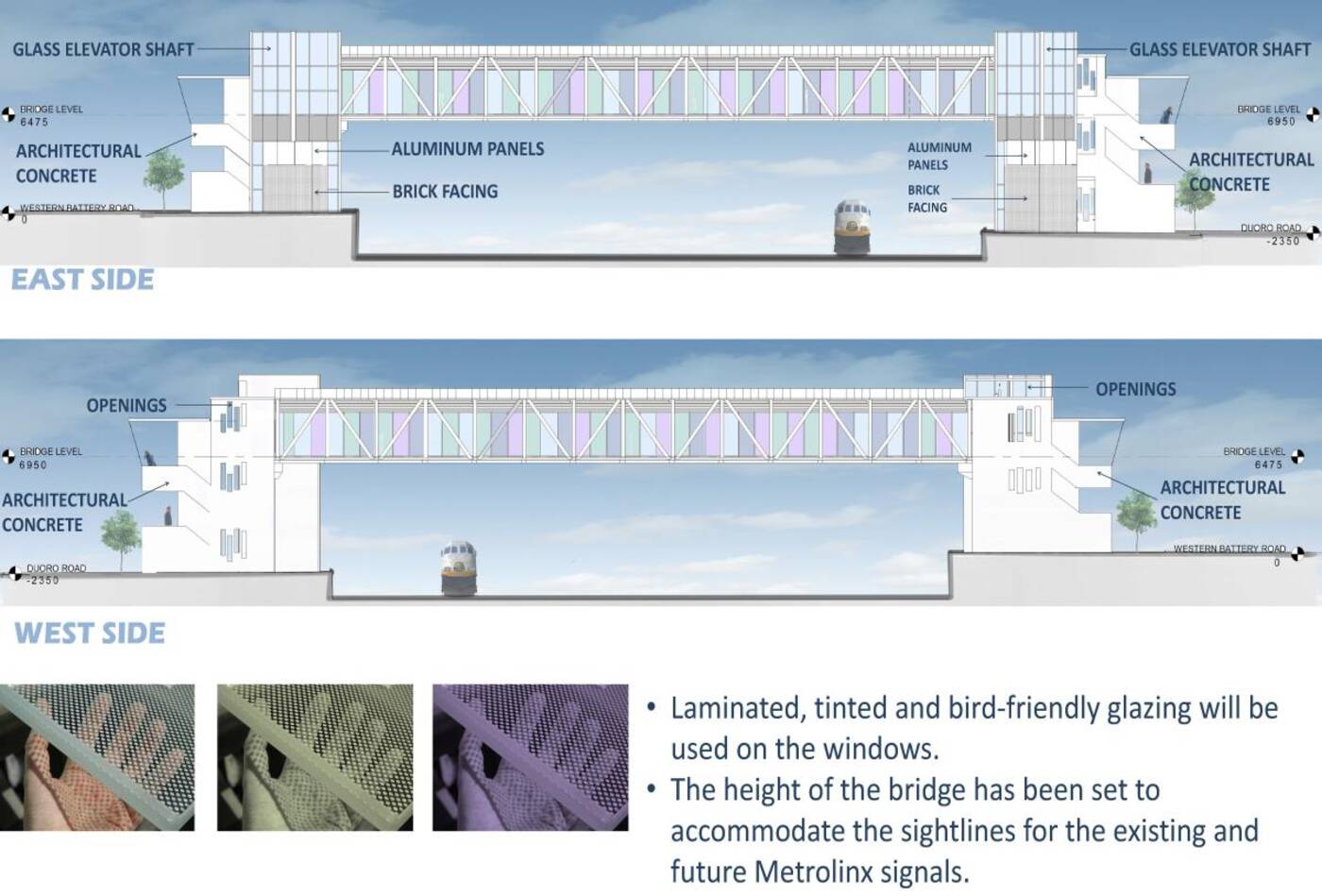 The city shared this bridge deck façade treatment for the project on its website. Image via City of Toronto.

"It's going to let people in Liberty Village get out to the north more easily so that they can access the King streetcar for example, and communities to the north like Queen West," said the city's manager of infrastructure planning, said Jeff Dea, in an interview with CBC Toronto.

"Vice versa, people coming into the area to work are going to be able to access King-Liberty from King West more easily." 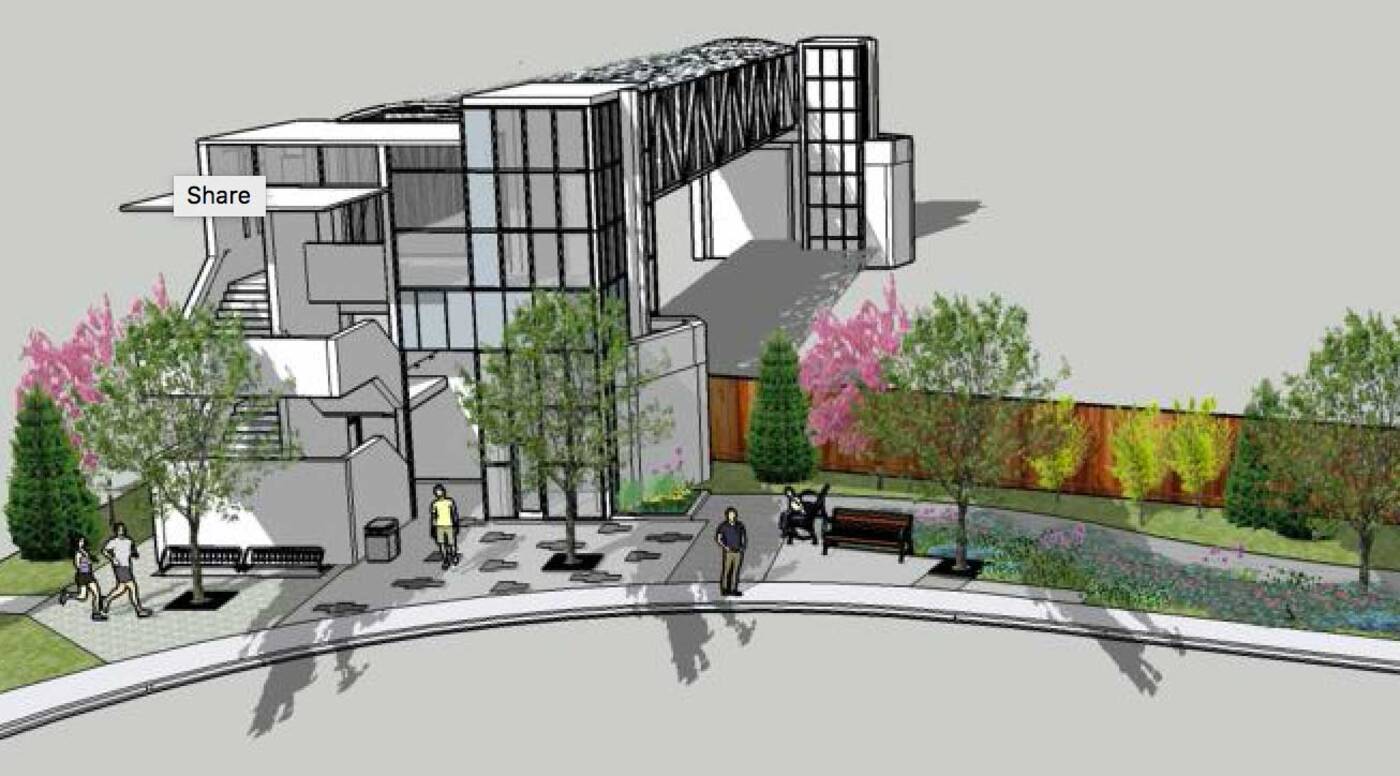 The project is expected to cost approximately $11.5-million, according to Dea, but the final cost could vary.