A pedestrian and cyclist bridge that has been years in the making is finally close to completion, and it's set to partially open to the public next week.

The King-Liberty Pedestrian/Cycle Bridge has been under construction for several years now, and Liberty Village residents have long awaited its arrival over the Metrolinx Kitchener/Milton Rail Corridor.

Fortunately, the city has finally come up with a schedule for a phased opening of the bridge, with pedestrian access via stairs set to open to the public on April 19.

"Please note that while the bridge will be open to the public, it will not be fully accessible to all users until elevator installations and inspections have been completed later this summer or an earlier date," says the city. 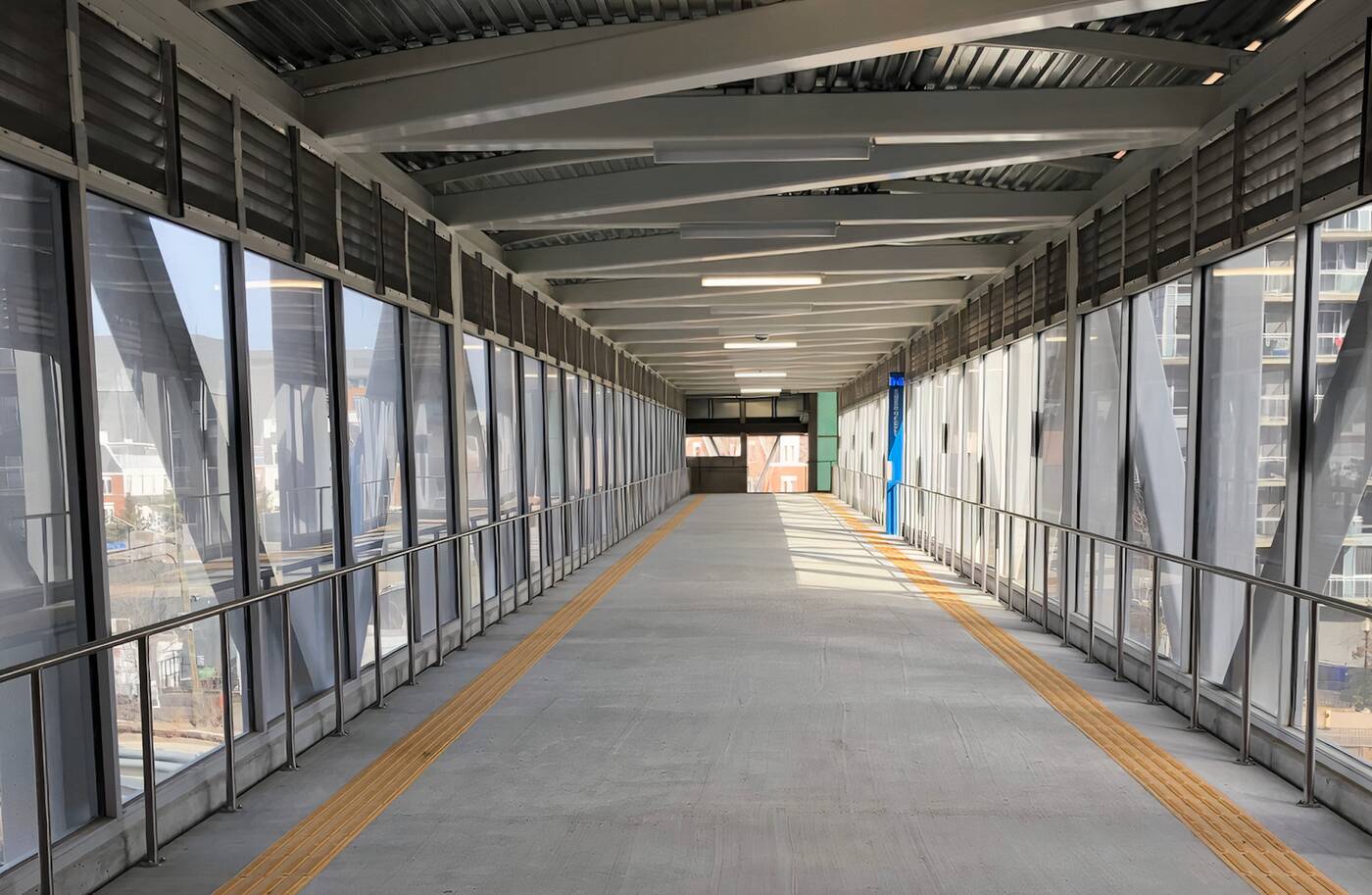 The new stainless steel bridge, which is part of the council-approved 2018 Capital Works Program, will provide a convenient and more direct route from Liberty Village to King Street West between Atlantic Avenue and Strachan Avenue, spanning all the way from Douro Street to the western leg of Western Battery Road.

The project has experienced numerous delays and was initially approved by city council roughly a decade ago, so to say residents are anxiously awaiting its completion would be an understatement.

The brand new bridge, which was hoisted into place back in 2019, features a five-metre-wide deck that is covered and mostly enclosed, and it spans the entirety of the 55-metre-wide Metrolinx rail corridor .

Notice anything different over the rail tracks btw King & Liberty? This past wknd, the City hoisted two sections of the King-Liberty Bridge into position. Construction on the bridge continues & it is anticipated to open in Spring 2020. Learn more https://t.co/TQdC6gFOps pic.twitter.com/CQF0eqtc5h

Access to the bridge will be provided by only a staircase at first, but bicycle channels on each side and elevators for barrier-free access will also eventually be available.

All passageways and approaches will be illuminated for 24-hour access and security measures, such as closed-circuit cameras, open stairs (for visibility) and emergency call buttons, will also be included.

Public art will likewise be featured in the design of the glass for the elevator towers at both ends.

"Beginning next week, contractors will be working to demobilize the work zone in preparation for opening the bridge to the public," says the city.

"Construction will however continue into the spring and summer months after the bridge has opened. Fences, hoarding, and signs will be installed to protect the public while contractors complete the remaining works. Minor soft landscaping work including restoration of the adjacent dog park will be completed later in 2021."