Toronto commuters will soon have something new to look while waiting in gridlock traffic along Don Valley Parkway, thanks, ironically, to a new piece of public transit infrastructure.

Metrolinx just unveiled further details regarding its plans for the forthcoming Online Line — specifically the "east segment," which will make up approximately a quarter of the 15.5-kilometre subway project.

Based on a document presented at an Ontario Line open house meeting on Thursday night, fancy noise walls meant to keep Riverside and Leslieville quiet as well as a cool-looking bridge.

This slide shows just how tight the design needs to be to get two Ontario Line tracks and four GO tracks into a pretty darn narrow corridor at Jimmie Simpson park. pic.twitter.com/uVO1TmsxCD

"Seamless noise walls proposed along the existing rail corridor in Riverside and Leslieville are expected to result in quieter, more peaceful streets, with noise levels lower than they are today," reads one of the document's slides.

"Noise levels throughout the day and night will also be lower than they currently are at many locations along this part of the route. Once studies are completed and all the findings are reviewed and verified, they will be shared with the community."

What the noise walls look like and how they'll be built has yet to be determined, though Metrolinx did float some ideas in the presentation document that include vertical slopes to blend the walls with parks and acrylic noise structures with anti-graffiti coating. 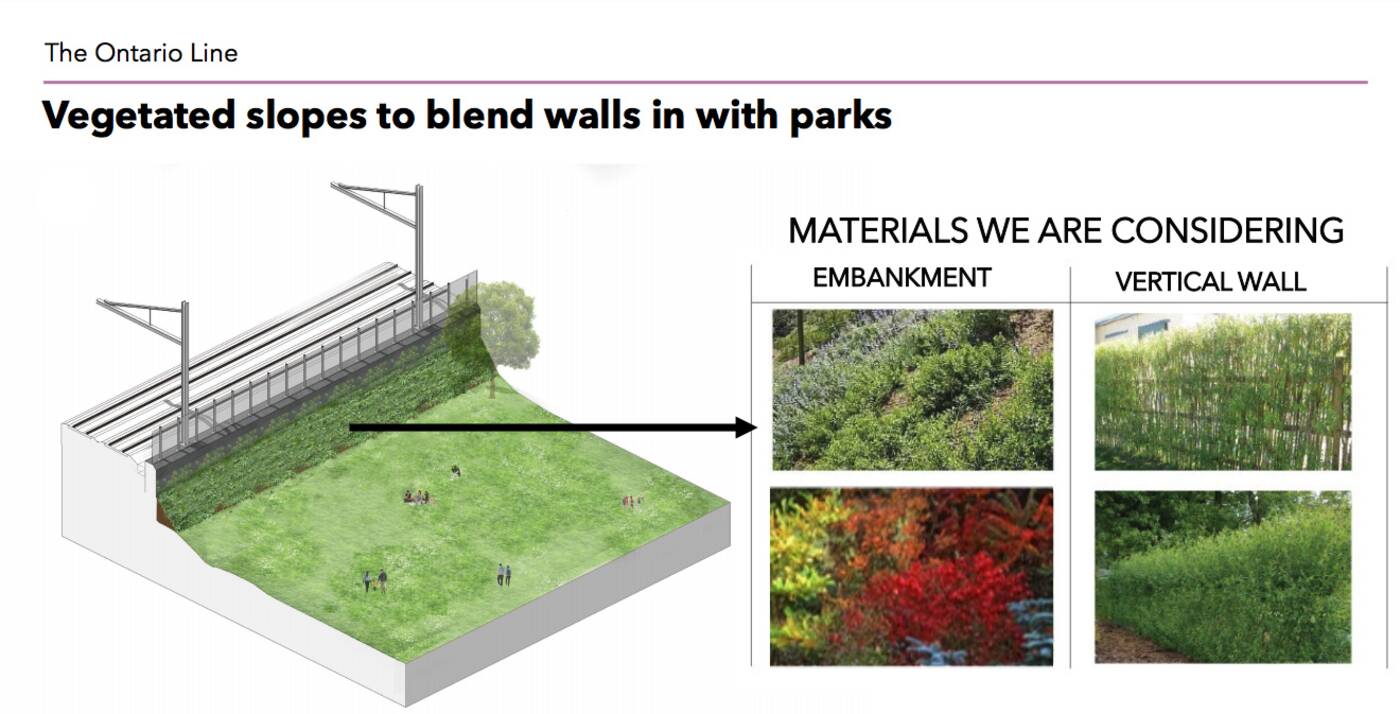 Embankments and green walls will help the noise barriers blend into the embankments around them. Image via Metrolinx.

In terms of the bridge, which we already knew was coming, but hadn't yet seen many visuals of what it would look like or heard much about how it would work.

According to the Metrolinx document, a new bridge just for the Ontario Line will cross the Don River on the north side of the existing rail bridge. It will be called the "Lower Don Bridge" and tracks will run in both directions.

Design work is ongoing, but the focus is on "improving connections for cyclists and pedestrians" while "minimizing environmental
impacts. " 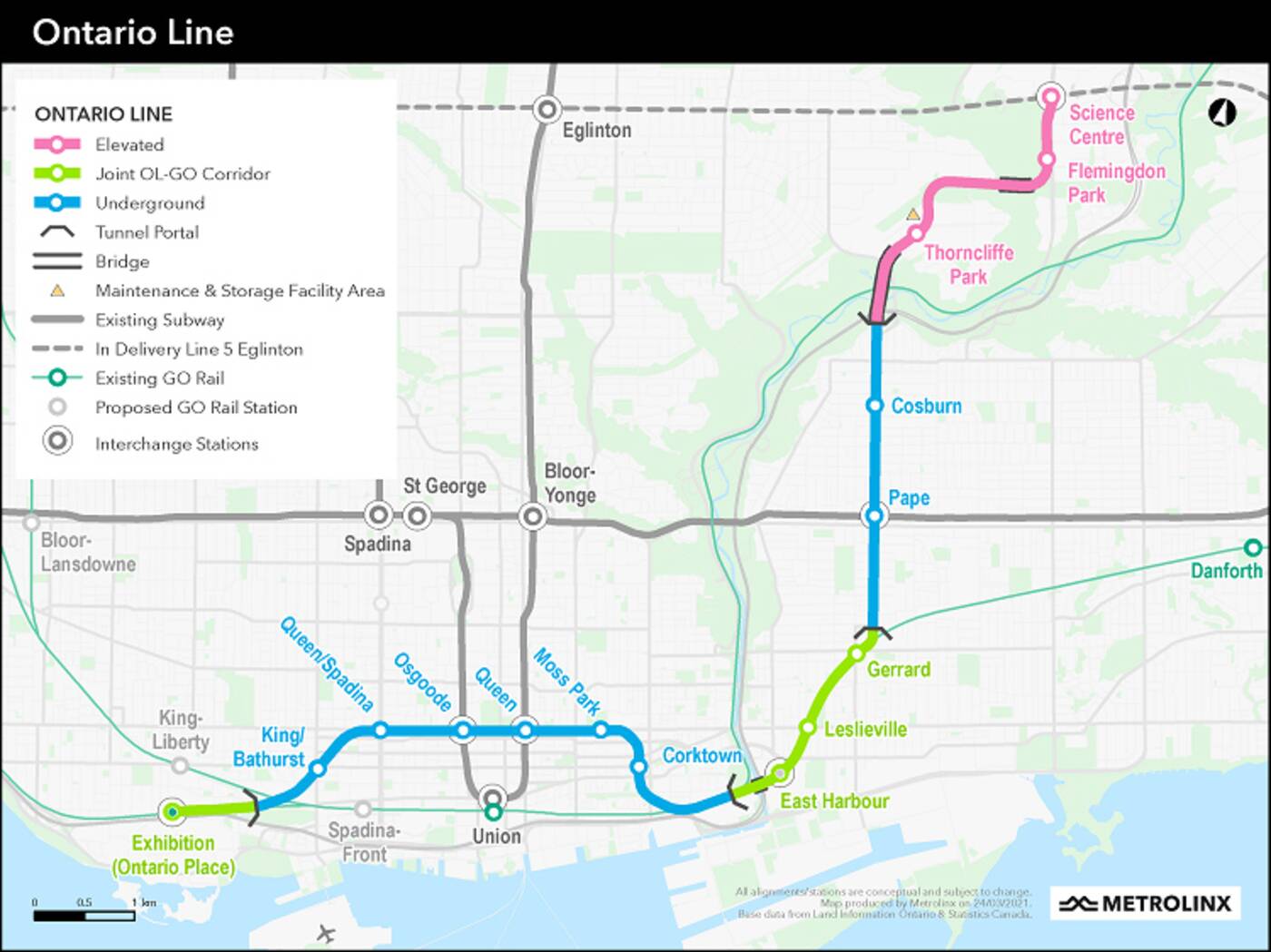 The 15-stop Ontario Line is expected to be finished by 2027, though critics say that's an unrealistic estimate. Image via Metrolinx.

A draft environment report for the project is set to be released this summer, followed by a construction tender in the fall. If all goes well, they'll start to build the bridge in spring or summer of 2022.

The controversial, $11 billion Ontario Line itself is expected to be complete by 2027 (though as many have pointed out, this seems overly optimistic.)

When finished, if ever, it will be the largest single subway expansion project in Toronto's history with 15 new subway stations across the city, part of which is meant to replace the desperately-needed but yet-to-materialize downtown relief line.