Toronto neighbourhood has had enough of all the new cannabis stores

Complaints have arisen once again about the large influx of weed stores trying to open up in Toronto's Riverside neighbourhood.

For the past several months, the stretch of Queen East around Broadview Avenue has become the site of some serious cannabis clustering: when a number dispensaries open (or apply for authorization) in close proximity to one another.

The number has caused concerns amongst residents and a neighbouring community centre. According to Councillor Paula Fletcher, there are now seven ongoing AGCO applications for pot shops in the area. 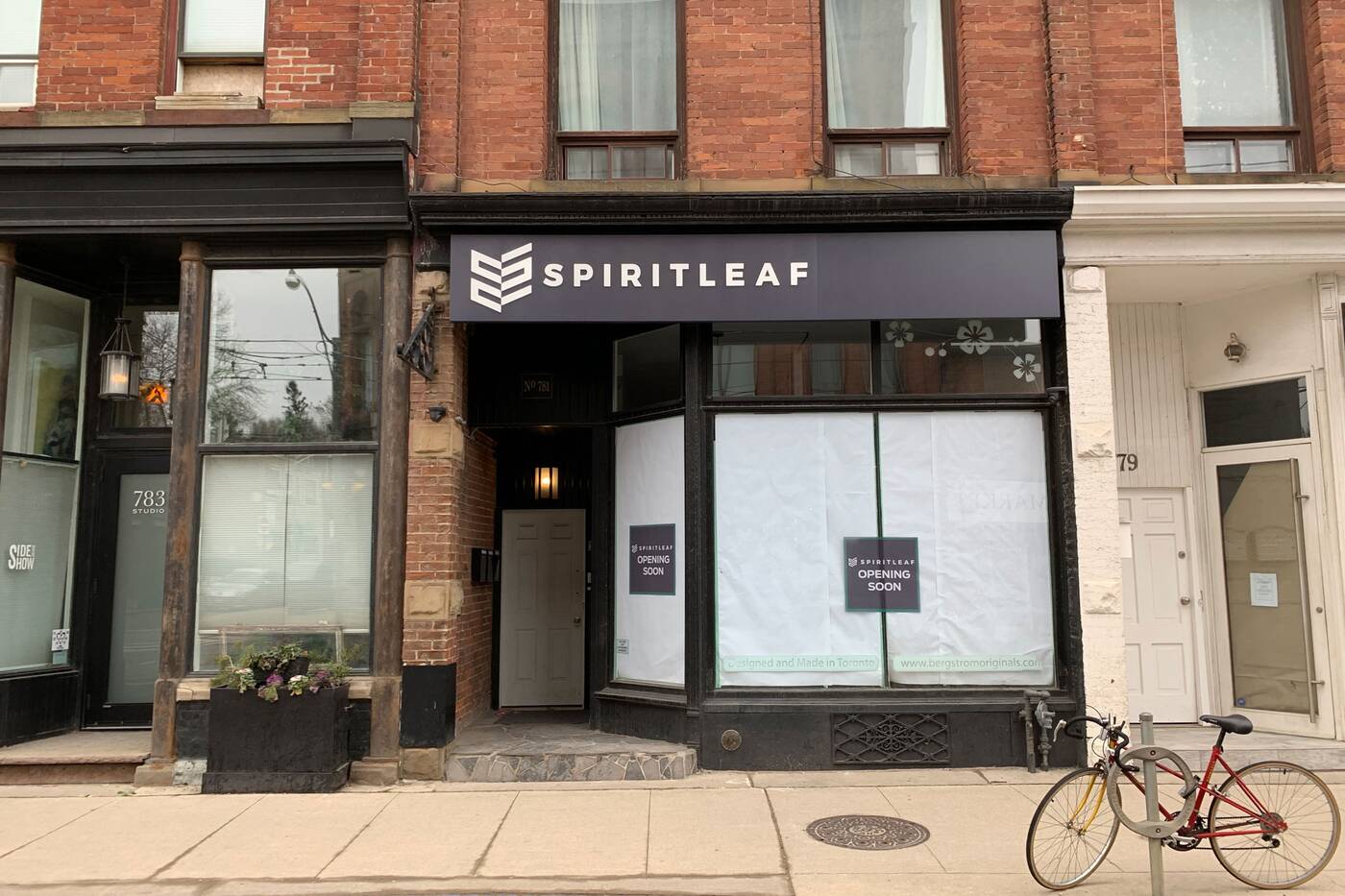 There are seven new cannabis stores proposed for the stretch of Queen St. East from Munro to De Grassi.

Soon to join already-open Meta Cannabis Co. at 698 Queen St. East are at least another five incoming stores within a 200 metre radius of one another.

Recently applied, waiting authorization, or already approved are stores like The Blunted Aisle, soon to move in at 668 Queen St. East, or a new Nova Cannabis to take over Broadview Bakery, or, Civilian House of Cannabis, just a few doors down at 745 Queen St. East.

Signage is up for an upcoming Spiritleaf location at 781 Queen St. East. Then there's Cannoe, which will move in at the foot of Boulton Avenue. Directly across the street is a store applying under To Be Determined at 806 Queen St. East (R.I.P. M'Eat Resto Butcher).

While the number pales in comparison to the five-kilometre stretch of Queen St. West (where the grand total could soon hit 30 stores), the issue of cannabis clustering has proven to be a citywide problem. 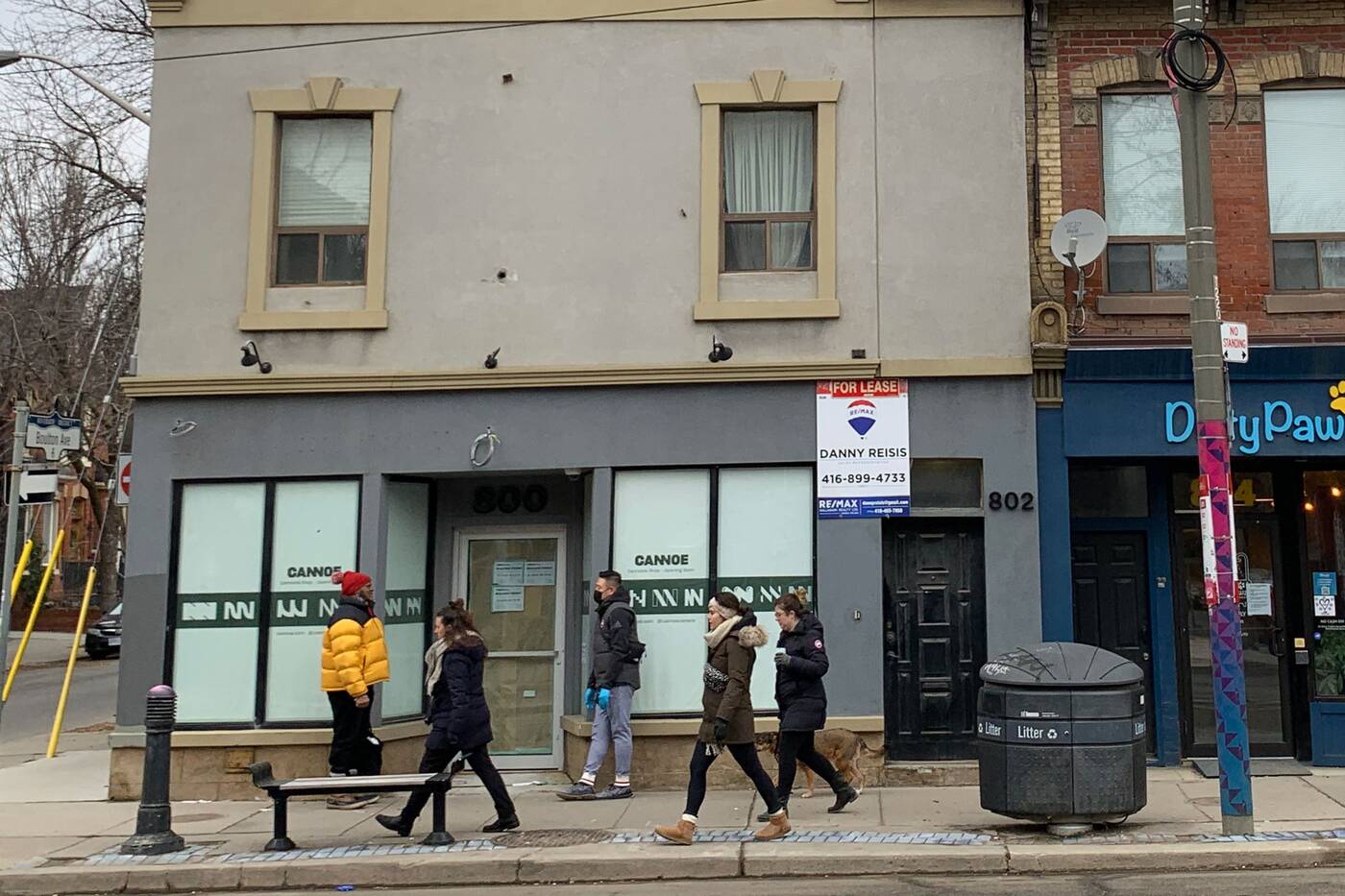 Cannoe at the corner of Boulton Street is just one of many dispensaries on the way.

Since the summer, Queen East's Ralph Thornton Community Centre has been calling for the City to revise its policies around green-lighting cannabis stores in areas where there are already plenty.

Chair of the commuity centre, Alan Lennon, said the community is "deeply concerned with the vitality and vibrancy of the neighbourhood."

"While we are not concerned about marijuana dispensaries per se, the notion of having this many shops in close proximity to each other will inevitably lead to the failure of some or all of these shops," said Lennon.

"This will result in loss of revenue for small landlords and empty store fronts along our streets. This kind of concentration, in our view, does not make business sense for the shops or for the community around those shops." 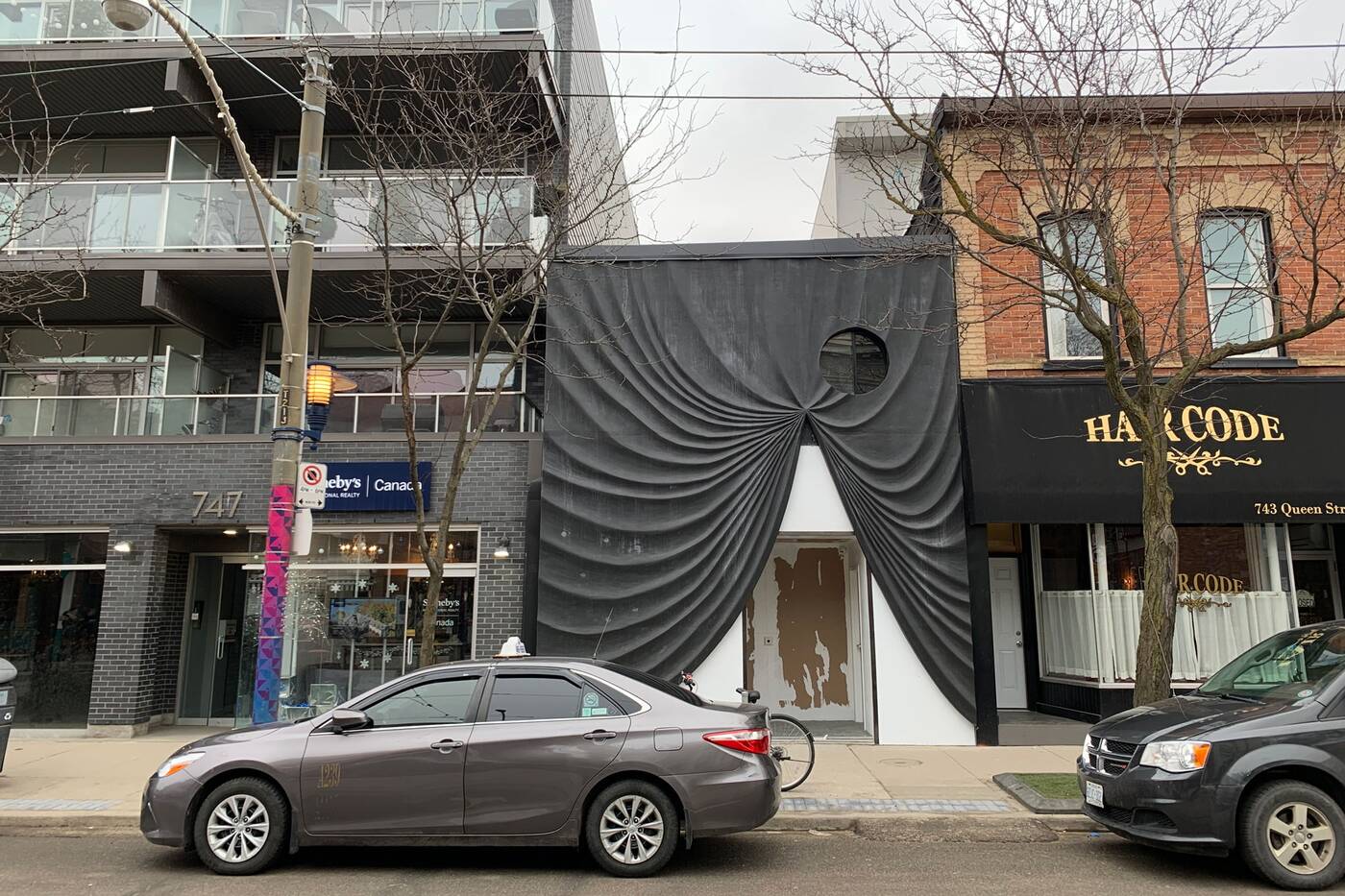 Incoming dispensary Civilian House of Cannabis is marked by an interesting storefront.

Members of the local neighbourhood Facebook group remain divided regarding the issue, with some more concerned about the quality of weed coming from the OCS than cannabis clustering in Riverside.

"While I have no problem with the legalization of cannabis, I am concerned with the potential concentration of so many stores within a small area," said Councillor Fletcher, who has been working to reduce the number of new retail cannabis stores since the summer.

In July, Fletcher proposed that the AGCO adopt "additional weighting" to factors like the proximity to community services involving children or vulnerable adults, and proximity to parks or other public spaces.

It appears those recommendations haven't quite kicked in yet, what with the McCleary Playground, Jimmie Simpson Recreation Centre, or Ralph Thornton around the corner from Riverside's new stores.

It might be bad news for residents, but it's great for dispensary owners, given some studies show overloading neighbourhoods might actually be good for business.