Why do new cannabis stores keep opening in the same Toronto neighbourhoods?

It's been exactly one year and four months since the very first legal pot shop opened in Toronto, attracting huge crowds of people who were thrilled with the chance to buy cannabis from a brick-and-mortar retail store.

At that point, roughly six months after Canada's federal government legalized recreational marijuana, Ontario had only agreed to issue 25 licenses across the entire province.

In Toronto, where five of those licenses were awarded through Doug Ford's controversial lottery system, only one store was ready to open as promised on April 1.

This, combined with the public's complete (and perhaps deserved) lack of confidence in the province's online weed shop, pushed demand through the roof. Consumers and industry professionals alike demanded more competition on the market.

My, how quickly times change.

Last summer, only five (legal) cannabis retail stores were open in Toronto. Thirteen more got the chance to apply for a licence after the government's second "cannabis lottery" in July of 2019, but the process was soon put on hold due to a court challenge.

With Ontario finally ditching its oft-criticized, lawsuit-attracting and ineffective lottery system altogether at the beginning of 2020, Toronto's pot store count has since exploded.

We've gone from five to the current 43 in less than a year, and the Alcohol and Gaming Commission of Ontario (AGCO)'s table of pending retail cannabis store applications shows that dozens more are on the way. 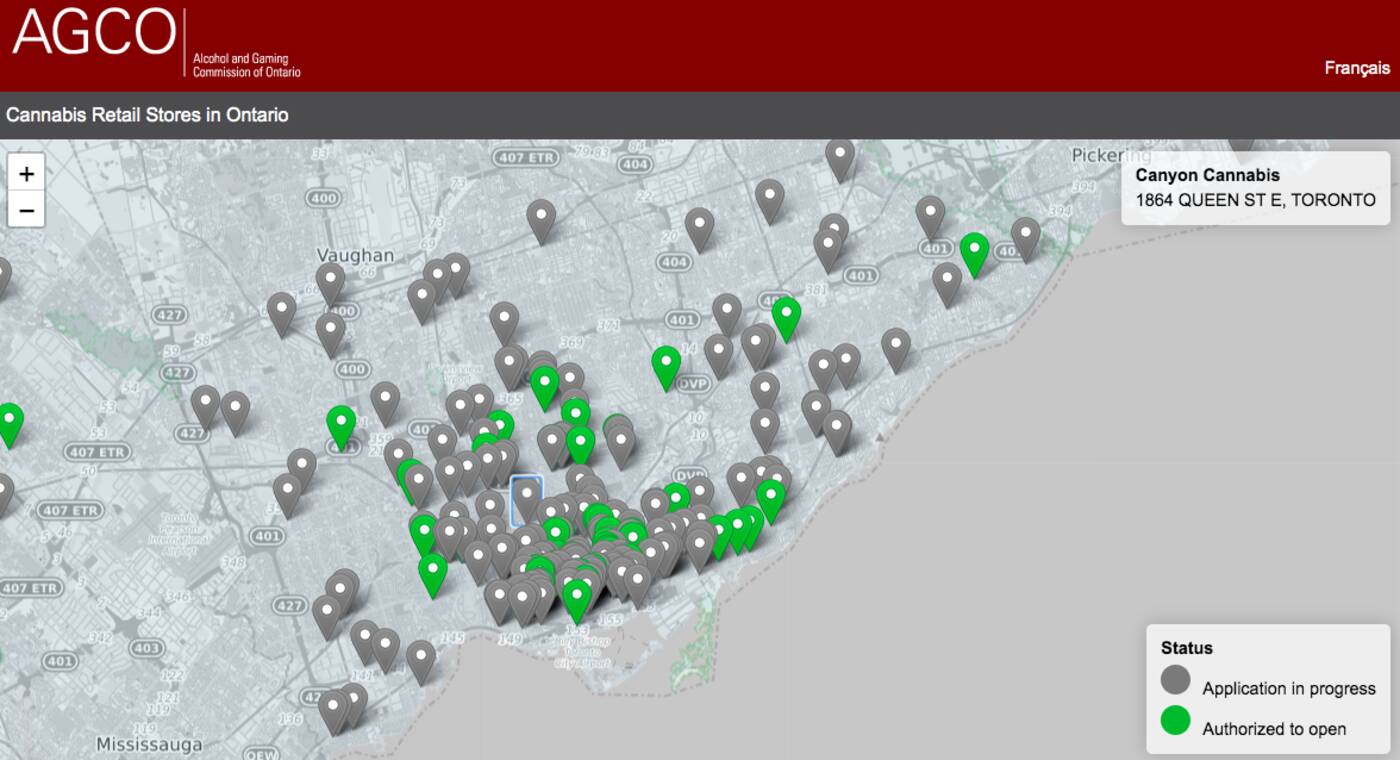 Just under 150 cannabis stores are now listed as "application in process" or "authorized to open" on the AGCO's website. Image via AGCO.ca.

A total of 113 different cannabis retail businesses, all of them with storefront addresses already locked down, are currently "pending review" in the AGCO's system.

Eight more are in the 15-day-long "public notice" period of securing a licence, which means that members of the public can formally object to the store opening in a specific area.

Among those pending review, many have already set up signage and appear to be working away inside the retail spaces they've secured in anticipation of a licence approval and eventual launch. Roughly 20 have already done so since the pandemic hit.

Strangely enough (or not) many seem to be clumped together in fits and spurts across the city — two or more popping up around the same time in specific neighbourhoods, along specific streets, and on specific stretches of certain streets in downtown Toronto

Developers call this phenomenon "retail clustering" and it is often, but not always, intentional.

"It's a combination of factors that may or may not be present," says Toronto-based cannabis lawyer and consultant Harrison Jordan of why pot shops sometimes clump together.

"Sometimes it's the availability and pricing of retail real estate, the youthfulness of the residents," he explains. "As well as whether it served as a grey market dispensary hotspot before legalization."

Jordan cites Queen Street West, The Junction, Dovercourt/Bloor and the Centennial Mall area as local hotspots for this kind of clustering, but they're not the only parts of the city where this kind of thing is happening.

The concentration of new cannabis retail stores along Queen Street East, for example, has not gone unnoticed. 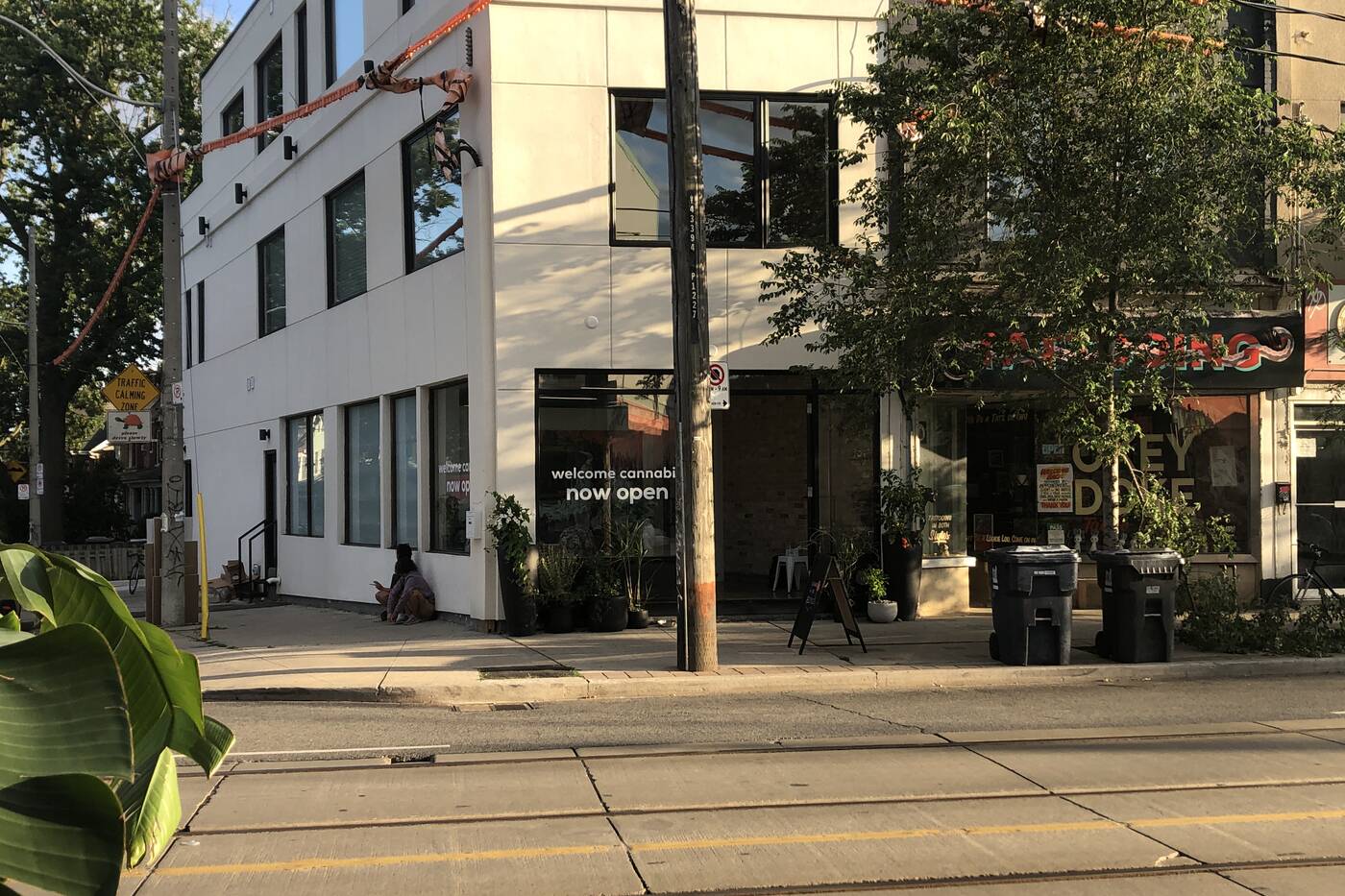 Welcome Cannabis is one of at least six operational or soon-to-open weed retailers within a five-minute walk of the intersection of Ossington and Dundas.

Toronto City Council is set to consider a motion this week addressing the issue of cannabis clustering in Toronto's Riverside neighbourhood.

Put forth by Ward 14 Toronto-Danforth Councillor Paula Fletcher, the motion asks council to formally request that the AGCO consider "the needs and wishes of the community for new retail cannabis locations in the Toronto and East York district" based on the proximity of community services involving children or vulnerable adults, among other things.

In other words, city officials want more control over where cannabis stores can open in Toronto — a power that currently rests (with few exceptions) in the hands of our provincial government.

"In the past few months a noticeable cluster of cannabis shop applications have been made on Queen Street in the Riverside Neighbourhood of Toronto-Danforth," reads a letter from Fletcher identifying four prospective stores within a single city block.

All four of the stores, located between 698 and 800 Queen St. E., are said to be "immediately across the street or beside a city of Toronto Community Centre and Park, a Children's Services drop-in centre, a Toronto Public Library branch, and two supportive housing apartment buildings."

Ward 9 Councillor Ana Bailão expressed support for Fletcher's motion with two letters of her own, writing that "in my community of Davenport we have been experiencing the same situation and many residents and existing businesses have expressed their concerns in this regard."

Bailão stated in a letter to Ontario Attorney General Downey and Finance Minister Rod Phillips that, while her constituents are not morally opposed to the presence of cannabis shops, they are concerned about the impact of a weed cluster on local businesses.

"These cannabis retail establishments have substantially more resources available to them than other retailers and therefore invariably are positioning themselves in a manner that undermines
the opportunities for more diverse retail environments particularly along main streets with storefronts exiting onto these thoroughfares," she wrote.

"The fact that multiple cannabis outlets are locating in a relatively small space is having impacts on existing retail and creating concerns for residential communities adjacent to them." 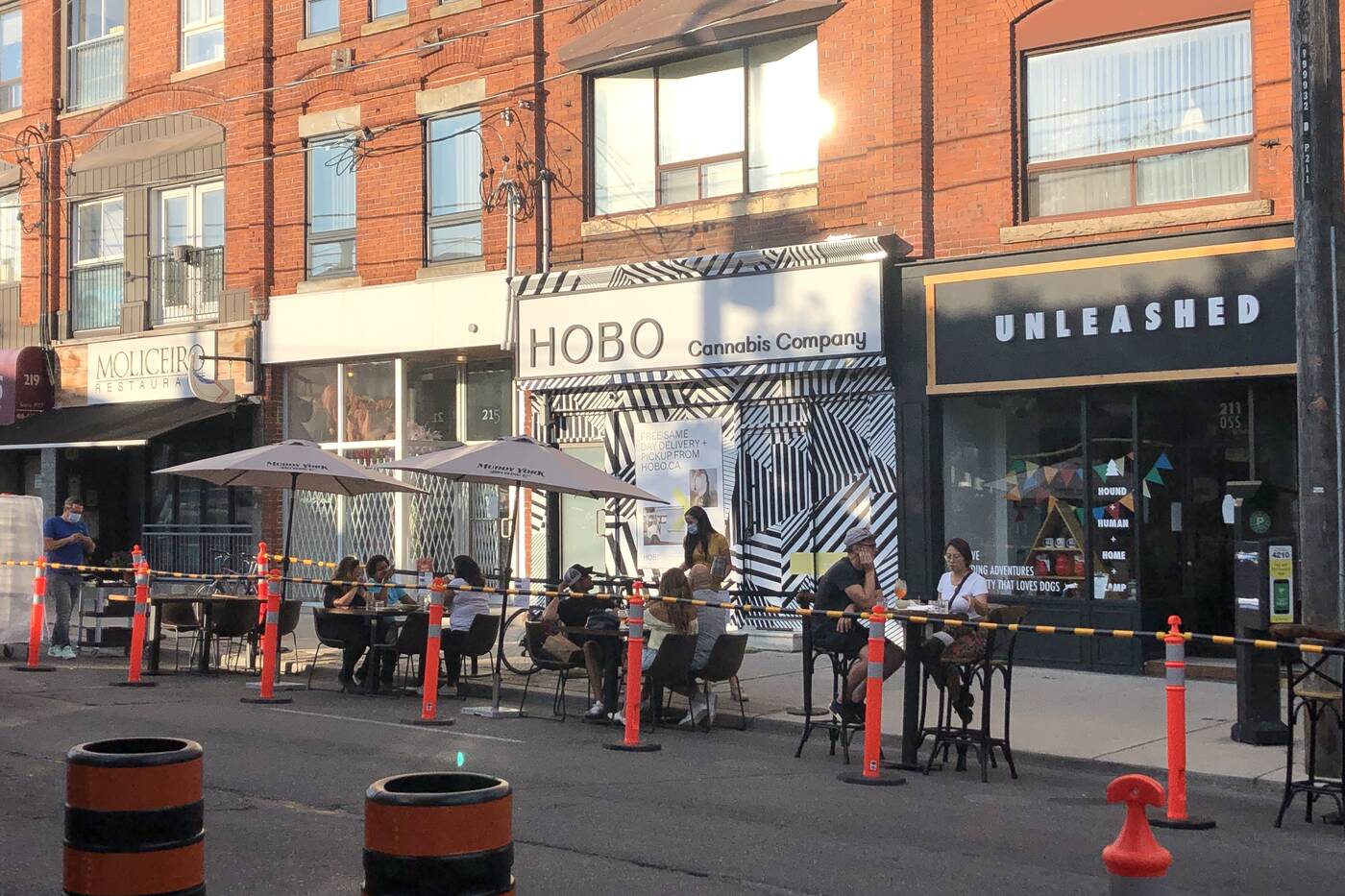 Hobo Cannabis is about to open a new location on Ossington Avenue right across from the newly-opened Bodega Cannabis.

Back in 2018, Mayor John Tory expressed similar concerns about the potential of cannabis store clustering in Toronto. Toronto City Council voted at the time to ask the province for municipal governments to have at least some say in determining pot shop locations.

As previously mentioned, the province maintains full authority over cannabis retail licensing, and over whether or not a business owner can open up shop in their desired location. The only leg Toronto has to stand on in that regard is ensuring that weed stores aren't too close to schools.

"What is interesting is that the AGCO, and not municipalities, have the final decision on the licensing of specific stores," says Jordan of the situation.

Even if the clusters are broken up, though, problems could loom for the local cannabis retail market. Saturation problems.

Those who've observed the explosion of new pot shops in Toronto recently can't help but wonder: Is there enough demand for all of this supply? How many of these new or soon-to-open weed stores will go out of business just as fast as they launched?

Says Jordan: "At some point, it won't be sustainable."