Cannabis stores continue to open in Toronto at a brisk pace. The AGCO is still granting retail store authorizations, meaning the list of legal weed shops under the Ontario Cannabis Store has grown significantly since the first wave of legalization.

There are now dozens in Toronto alone — a pretty big jump from this time last year when there were just five scattered around downtown.

Here are all the cannabis stores that have opened in Toronto since the pandemic started.

This glassy store replaced the old Zimmerman's Fairland grocery store in Kensington. It was (controversially) co-founded by former OPP commissioner Julian Fantino, who has since resigned from the company.

Based in Toronto, Canyon now has its first location near Trinity Bellwoods Park. It has more locations planned for High Park and the Beaches

This indie weed store on Lower Ossington is one of the only Black-owned legal cannabis shops in the city.

Following the opening of the first legal outpost at Yonge and Dundas, Tokyo Smoke has opened a shop by Queen and Dufferin.

The Koreatown outpost of the Tokyo Smoke brand has a room called 'Houseplant', which is essentially a cozy living room for stoners.

It's not just a cannabis store, it's an art gallery. Tokyo Smoke's flagship store right at Yonge and Bloor includes a permanent collection of original works by renowned street artist Banksy, along with Kaws, Pure Evil, and Warhol.

This location of the cannabis store chain marks the third store of the Hunny Pot brand, and the second situated in midtown.

Another Hunny Pot location in midtown is selling the usual selection of flower, oils, and accessories.

You can get cannabis beverages and all the other usual weed products from this Annex shop.

Located right on Fort York is this new brand with locations across Ontario, with this flagship just steps away from the folks at CityPlace.

Replacing the BMV bookstore by Queen and University is this woodsy, two-storey shop selling cannabis products.

Born in Vancouver, the Hobo Cannabis brand from the Donnelly Group has launched its first Toronto store by Yonge-Dundas Square. There are plenty more slated for the city.

Sitting right on the main drag by Yonge and Dundas, Body and Spirit conveniently sits under the Indian restaurant Joe's Buffet Palace (and right next to Zanzibar, if that's your thing). 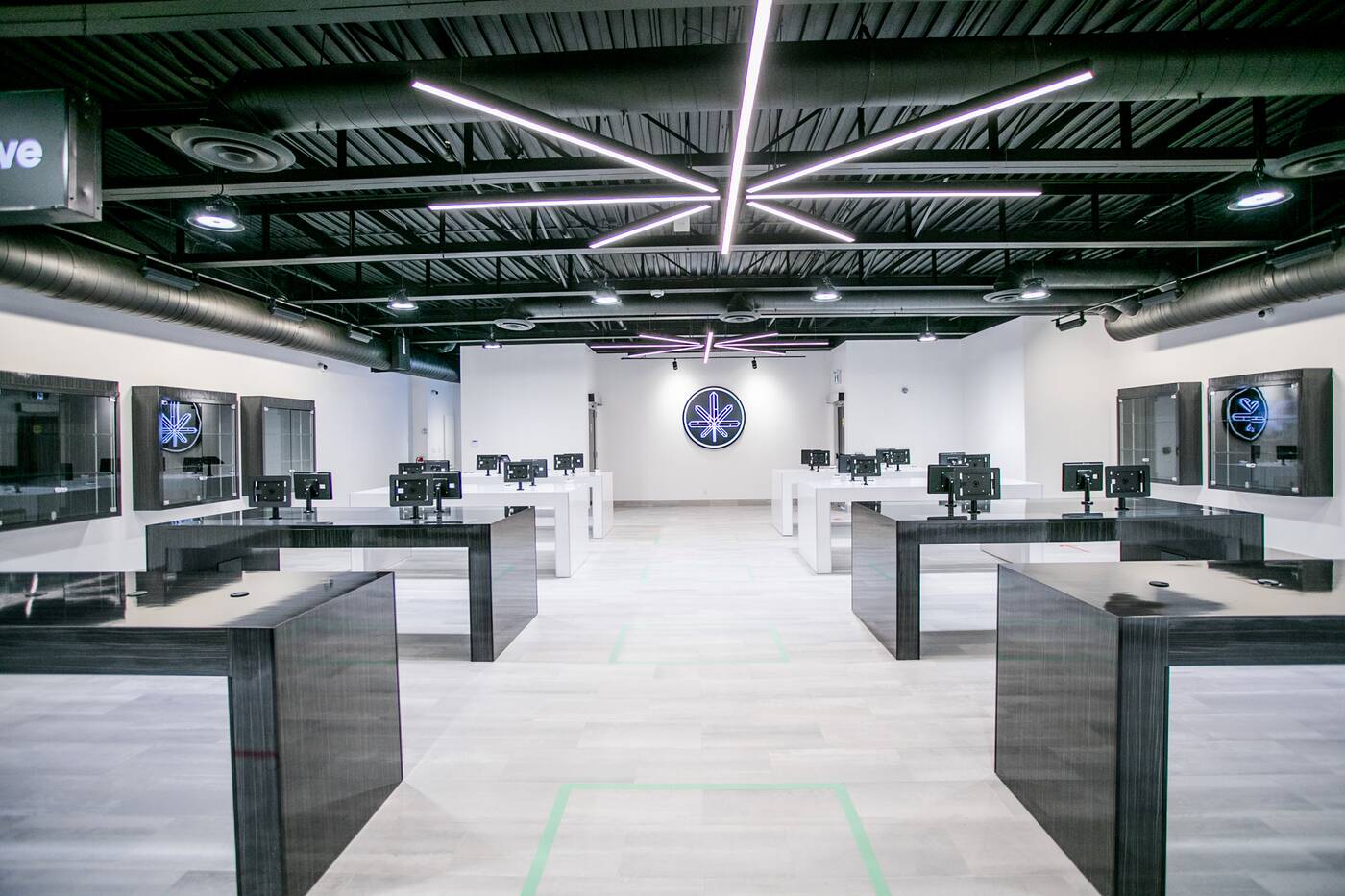 Many new cannabis stores, like One Plant in Kensington, launched during Toronto's lockdown. Photo by Fareen Karim.

After advocating for legal cannabis since 1994, Toronto's foremost head shop is finally selling legal weed. This location at the corner of Church and Wellesley is one of many more planned.

Head to Regent Park for this store selling infused drinks and other cannabis products.

Following its first arrival at Yonge and College, this huge Alberta-based brand owned by High Tide Inc. now has a location in Cabbagetown.

Canna Clinic, the illegal weed store that got raided multiple times, is no more. In its place is this local weed store, now serving the weed-smokers of Forest Hill.

Situated in the Junction is this shop that appears to be going above and beyond some other stores by offering cooking equipment for your cannabis recipe needs and their own product review channel.

The only weed store inside a shipping container, this fascinating store at Dufferin and Castlefield comes replete with a skylight, tropical plants, trippy window kaleidoscopes, and of course, weed.

The sixth legal weed store to open in Toronto, this Danforth shop marked the first in the city to be woman-owned.

Weston-Mount Dennis now has the second outpost of the Danforth version that is equally sunny and green as the first.

Get everything you need for your sesh from this shop in the Upper Beaches. This brand has multiple locations across Ontario.

Conveniently located in a plaza with a Bulk Barn (for snacks) and a Sleep Country (for naps) is this weed store selling an array of cannabis goods.

Head to this squat plaza shop off Kennedy Road to visit Scarborough's first and only legal cannabis store.