Toronto is about to get a second wave of cannabis store openings, and it looks like the first of that set will land in Greektown.

A store called Canvas is getting ready to open at 730 Danforth Ave., just steps from Pape station.

The shop, which is touting itself as the first cannabis store to be owned by one woman (a Greektown resident named Helen Vassos), has announced that it'll open its doors on December 16.

Taking over the Greek Village Bar & Grill, the retailer will offer a selection of cannabis products like flower, oil, accessories, and edibles, which were legalized in October.

Expect a woodsy theme with moss and a living tree in the space and a "calm, sophisticated, and relatable space,"  according  to the store. 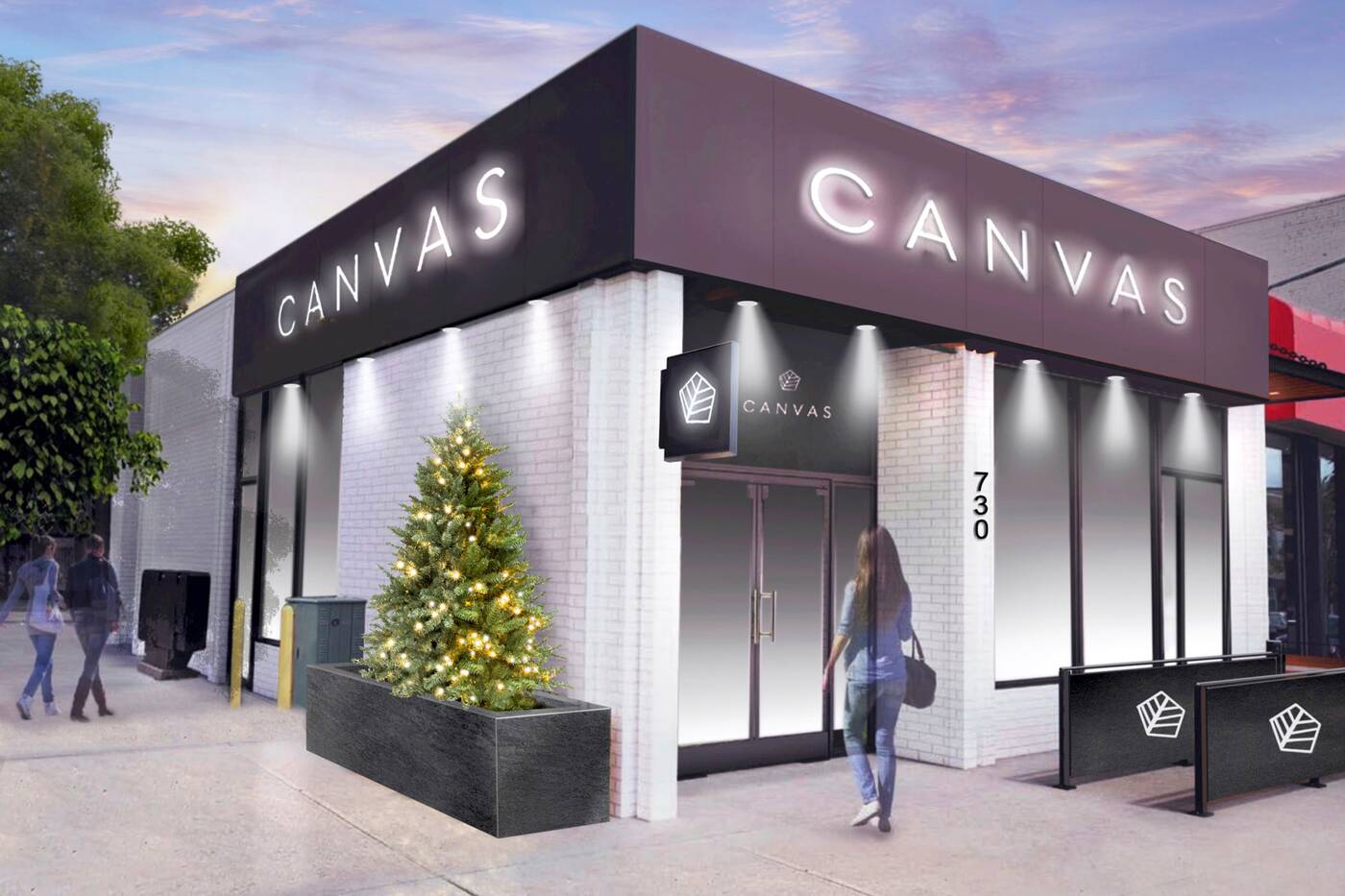 Canvas marks the sixth cannabis shop to open in Toronto since legalization, entering the market five months after the last store to open, Canna Cabana.

This incoming wave of openings comes shortly after a season of legal disputes during the second cannabis retail lottery, including a legal challenge that halted the lottery altogether and a petition launched by Toronto cannabis staple Hotbox Cafe.