Despite border restrictions and, in turn, a lack of tourists, plans for new hotels in Toronto keep on coming.

This includes the Ace Hotel Toronto at 49-51 Camden Street in mid-2021, which was originally projected to open in the fall of this year.

Meanwhile, The Drake Hotel in West Queen West recently added 32 new rooms to its floorplan which are also expected to open in 2021.

Near Yonge and Harbour, the Pinnacle One Yonge also revised its plans earlier this year to include a hotel that will contain 534 suites, however it's still unclear when this will open.

Earlier this year, proposals were submitted by Manga Hotels for a two-tower hotel at the intersection of King and Bathurst and by Easton's Group and Gupta Group for a new hotel in the Distillery District.

Of course, the pandemic has undoubtedly forced some of these hotels to adapt and get creative as they attempt at forge ahead during such a dire economic environment when tourism is low.

This is the case for W Toronto, which was supposed to open this fall but will instead be holding off until the spring of 2021.

This is what the new W Hotel in Toronto is going to look like https://t.co/WoJUfHVNMi #Toronto #WHotel pic.twitter.com/wCHaBpaI6z

"It's an interesting challenge to open during a pandemic, but it's also provided us with an opportunity to sharpen our focus and find imaginative ways of adapting to the current environment," general manager Craig Reaume told blogTO.

"The hotel will be spectacular, and we're focusing on all the small touches that will be in place when we open."

One of these small touches is a new program called WxW Meetings, in partnership with W Montreal and JW Marriot Parq in Vancouver, beginning in the spring of next year.

"We've created a way for companies with teams in Toronto and Montreal to virtually connect and made it really easy for meeting planners," Reaume explained.

Planners will have one point of contact and one invoice. Small, in-person groups can have an off-site meeting at each of the hotels and connect via the hotel's technology.

"We offer various packages that include catering and cocktails - after all, it is a W meeting, and it will be a nice change of pace for team members to be together while we are safe distancing."

The W Toronto also plans to offer experiences for locals.

"We believe there is already a pent-up demand to travel or, in the case of locals, to discover new experiences after the winter." 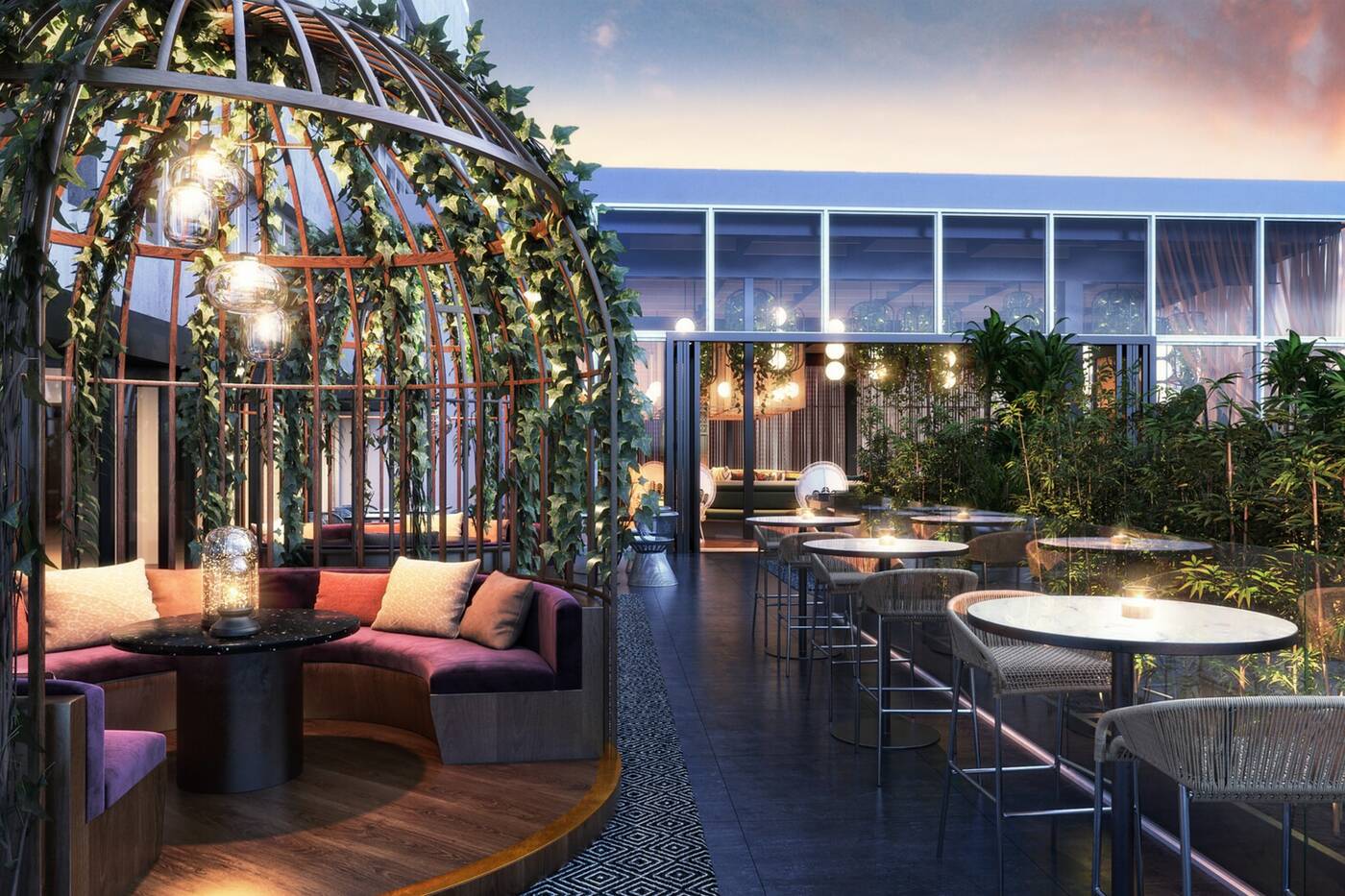 Perhaps a place for locals to hang out next year at W Toronto.

"While we are mindful that people may adjust the ways in which they travel for a bit, we can still provide the amazing amenities and vibe that W is known for."