Toronto is getting a new hotel next to the waterfront

One of Toronto's most ambitious development projects will include a hotel component as the Pinnacle One Yonge revises its plans once again to create a new additon.

The five-building development designed by Hariri Pontarini Architects has resubmitted plans to include a hotel inside a new addition along its western portion that will span levels 18 to 40 and sit just behind a newly redeveloped Toronto Star building.

The hotel will contain 534 suites, feature landscaped terraces and a rooftop pool beside the mechanical penthouse.

A five-storey wrap-around podium along Yonge Street and Harbour Streets will contain the lobby and a proposed above-grade PATH connection. 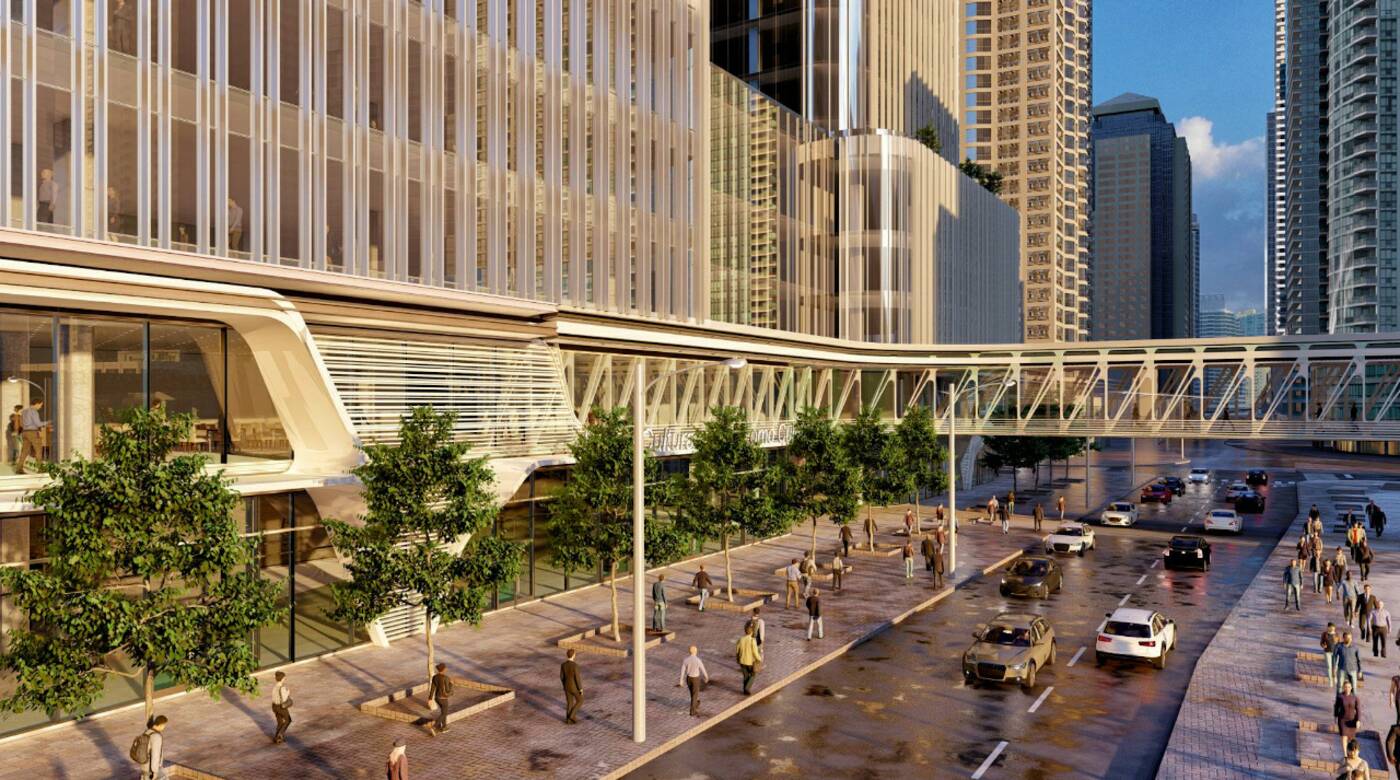 Looking west, the above-grade connection will link the hotel to the south with the Pinnacle condo tower to the north. Image courtesy of the City of Toronto.

The podium will also contain a food hall, hotel amenities such as a restaurant, meeting rooms, ballrooms and back of house services.

Above the hotel will be one of two commercial buildings that are part of the development and contain mostly office space.

The overall development also includes three residental towers, one of which will become Canada's tallest condo tower when completed.