Soaring new Toronto condo building will be the tallest in Canada

It's official: The long-rumoured, 95-storey-tall residential tower at the base of Yonge Street in downtown Toronto is a go. Get ready to crane those necks.

Pinnacle International announced the news with a press release on Wednesday, confirming not only that they'd finally be proceeding with phase two of the One Yonge development, but that their monster tower has a name: SkyTower.

"Just when you thought the Toronto condo market couldn't possibly reach new heights, Pinnacle International announces the next phase of its Pinnacle One Yonge development, and with it, details of the country's tallest residential condominium tower," reads the release.

"SkyTower, is the second of three tall towers at Pinnacle One Yonge, and its launch follows the release of The Prestige, a 65-storey condominium tower that launched last year, is now under construction." 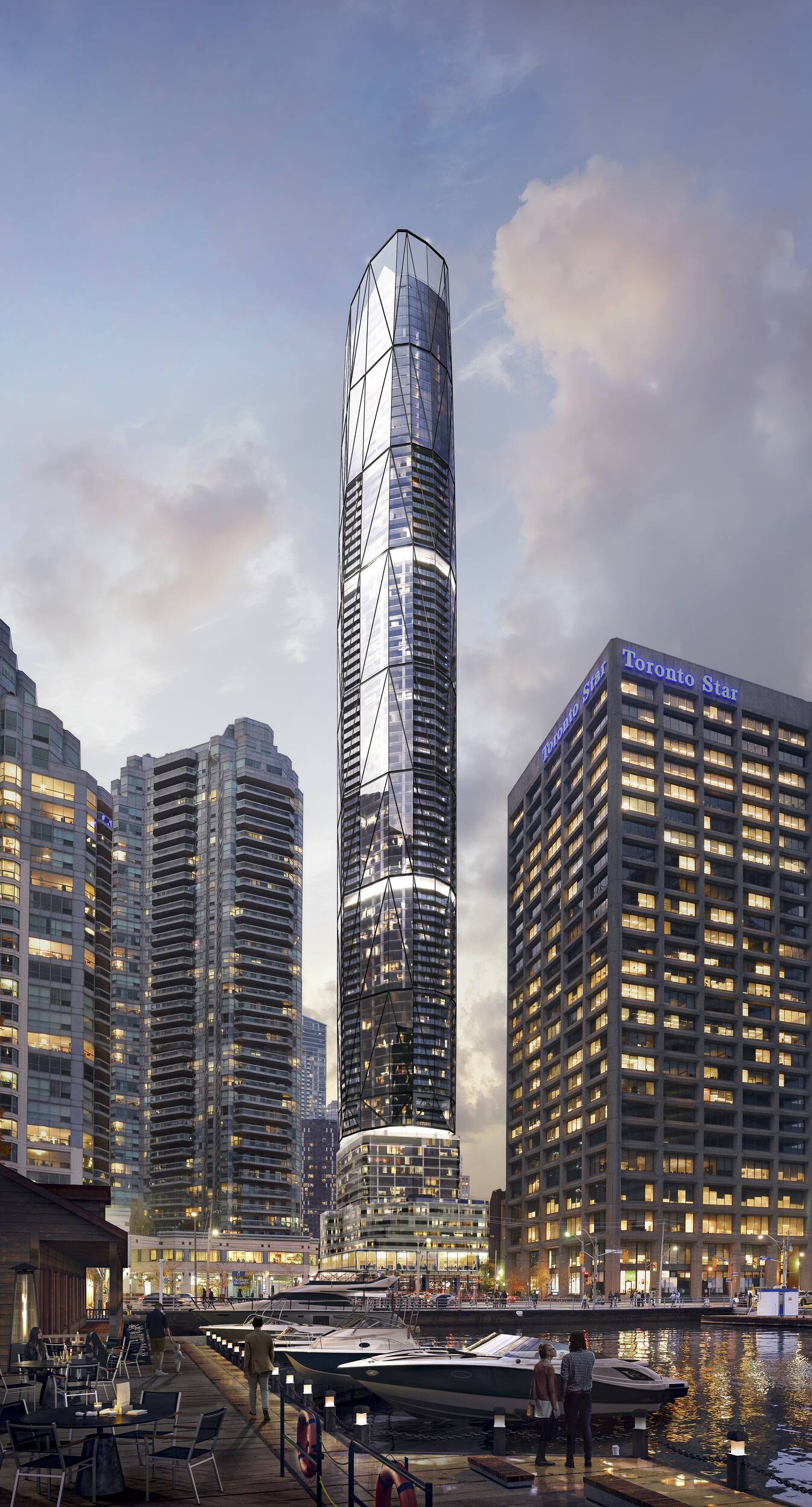 The master-planned Pinnacle One Yonge complex at Yonge and Queen's Quay will contain three tall towers and an enormous downtown park, among other features. Image via Pinnacle.

Designed by the award-winning, Toronto-based architectural practice Hariri Pontarini, SkyTower is set to rise a whopping 95 storeys high, as mentioned.

Within those 95 stories will be more than 800 condominium apartments ranging from 520 to 2,300 square feet, as well as luxury amenties such as a pool, a yoga studio, a games centre, a party space, outdoor barbeques and lounge areas for residents.

The greater three-building development it's part of will include some 1.5 million square feet of office space, 160,000 square feet of retail space, a 50,000 square foot community centre, a 250-room hotel and a 2.5-acre public park in the heart of downtown Toronto.

Prices start at "just over $800,000," according to Pinnacle, which makes sense given the building's primo address and expected architectural significance. 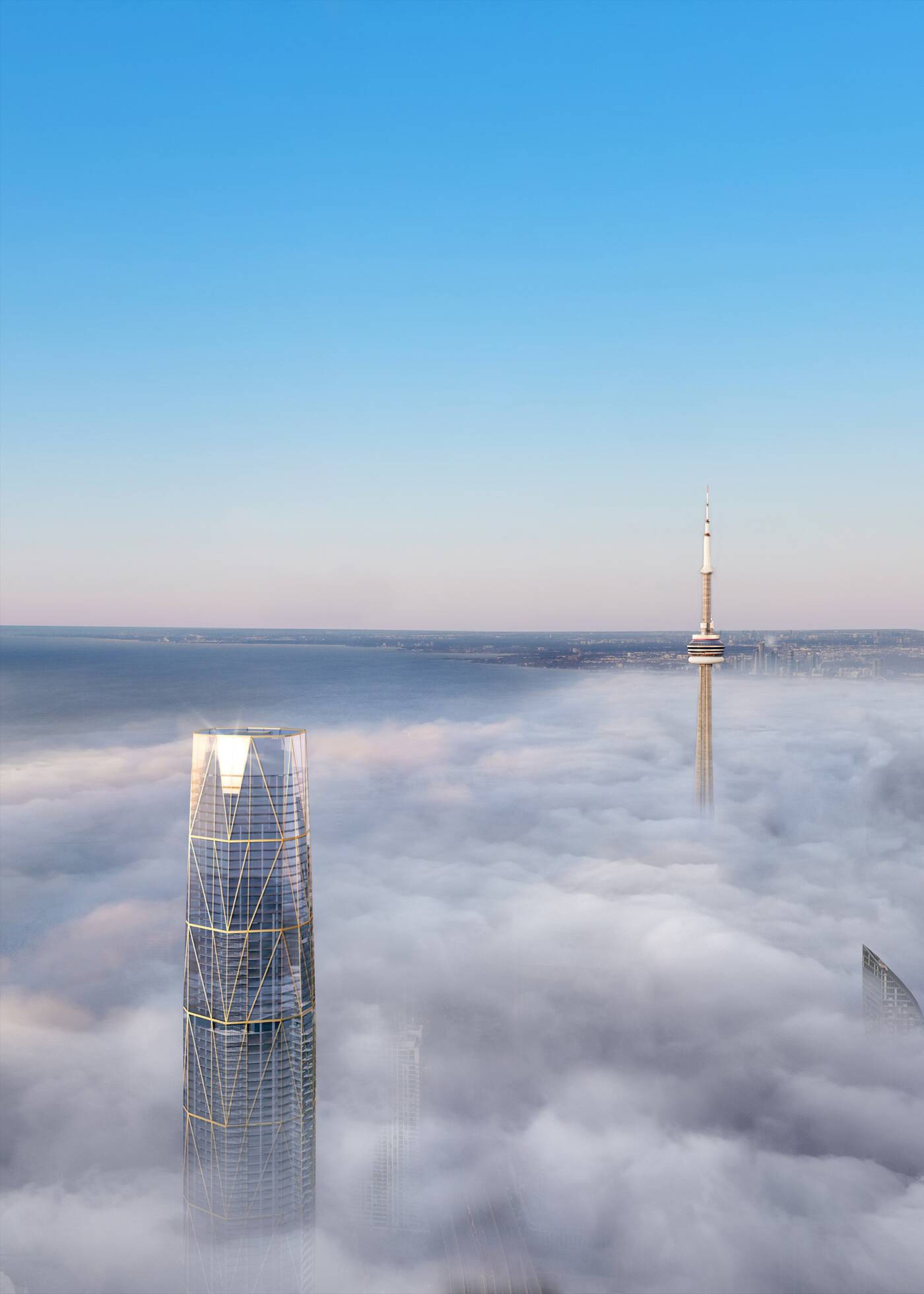 The newly-confirmed SkyTower will be Canada's tallest residential building and is described by its designers as a 'beacon of luxury living.' Image via Pinnacle International.

"We knew this location demanded something elegant and distinctive. Our approach to this phase, and the other elements of this master-planned development, was predicated on a commitment to not just merely add yet another condo to the downtown core," Kwok continued.

"We recognized the unique privilege provided by this site to forever reshape the Toronto skyline."

Those lucky enough to score units within the SkyTower or the development's other two buildings (details for the third of which have yet to be revealed) can expect what pinnacle calls "unparalleled views across Lake Ontario and over the surrounding GTA."