98-storey monster condo one step closer to reality in Toronto

Toronto is, quite literally, a city on the rise.

As demand grows for office, commercial and residential space around the 6ix, so too does the number of massive skyscrapers proposed in the city.

The tallest approved tower in Toronto right now is The One at Yonge and Bloor. Newly-dropped renderings for another high-profile tower show that Pinnacle One Yonge, if approved, would be even taller at a whopping 95 storeys (about 307 metres.)

Now, we're getting a better look at yet another supertall that went before Toronto's Design Review Panel this week – and it promises to rise even higher than all the others. 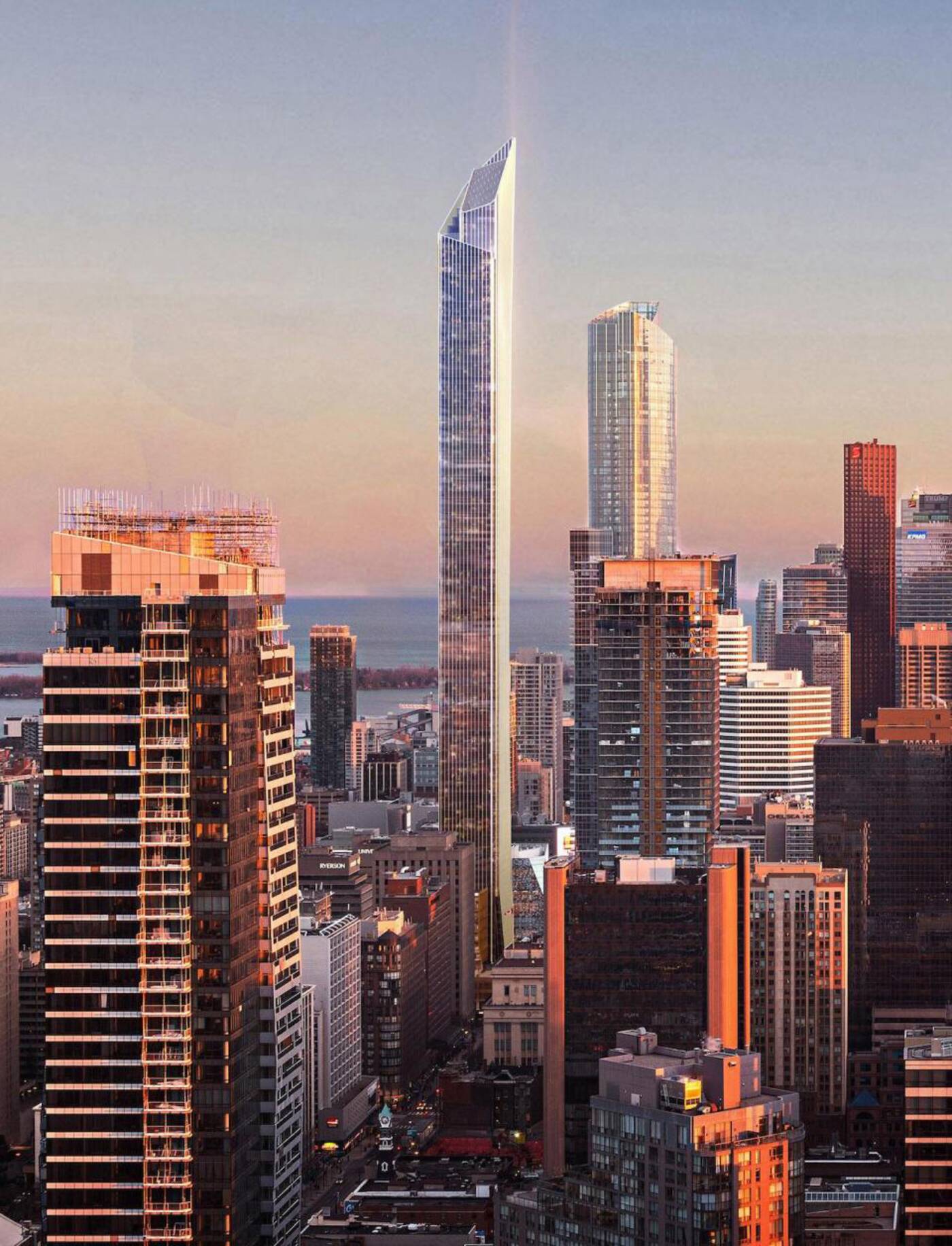 A new rendering of the proposed YSL (or 'Yonge Street Living') residences near Yonge and Gerrard. Image via City of Toronto.

The YSL project at Yonge and Gerrard, if approved in its current form, will be almost 344 meters high. That well outpaces both the One and Pinnacle One, coming in at a whopping 98 storeys.

Plans for YSL (which stands for 'Yonge Street Living') were first revealed by Cresford in February, but the developer appears to have changed things a bit ahead of this most-recent Design Review Panel appearance.

The crown of the building has changed to provide more wind protection to penthouse units, according to Urban Toronto, giving the structure a sharper appearance where it juts into the sky. 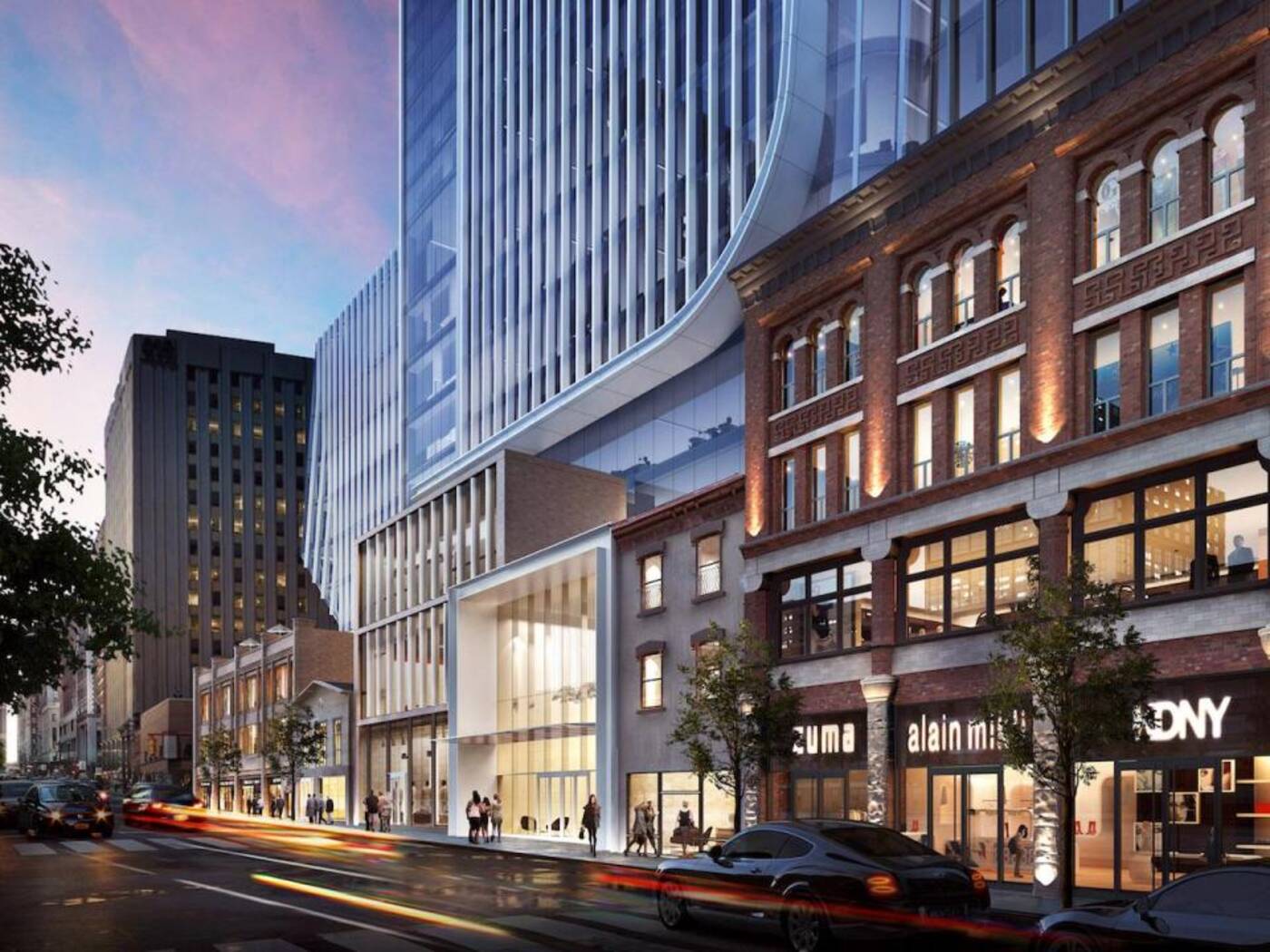 This rendering of the YSL building meeting Yonge Street was presented before The Toronto Design Review Panel. Image via City of Toronto.

Two heritage buildings at the southeast corner of Yonge and Gerrard will be joined by another two building fronts, according to the latest plans, completely changing the project's proposed Yonge Street facade.

A pedestrian bridge has also been proposed along the east side of the building, and Ryerson University's logo has been added to parts of the tower's base – though, according to Urban Toronto, no formal deal with Ryerson has been announced. 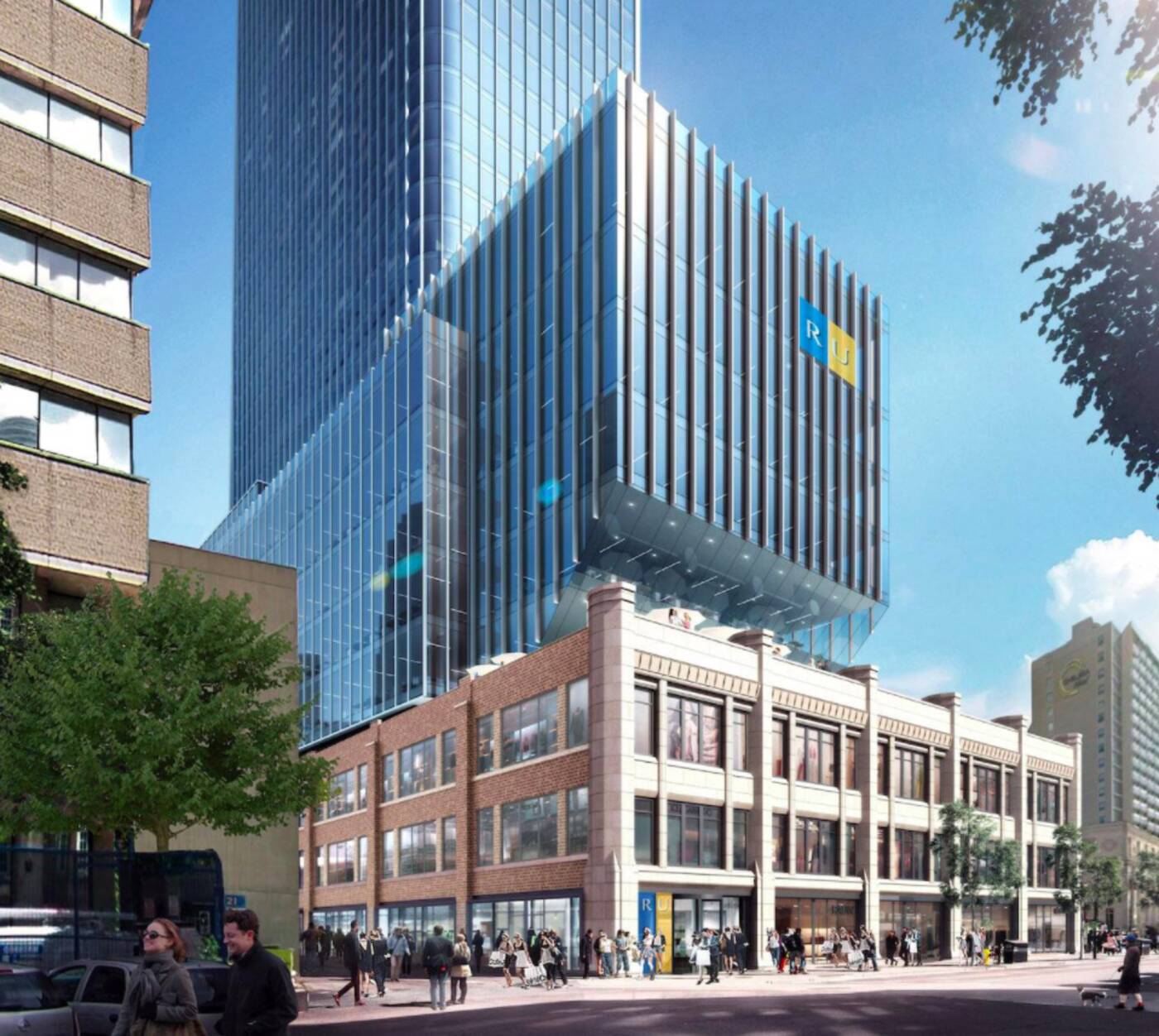 The development has been largely designed by New York's Kohn Pedersen Fox in collaboration with architectsAlliance of Toronto.

Should it come to fruition as planned, YSL will become the tallest building (not structure) in Canada.