Plans for a massive condo complex at the foot of Yonge St. have been floating around for almost five years now. During the early stages, Pinnacle One Yonge was proposed as a six building cluster, but there's been a slew of changes since, which have brought the number down to five.

As Urban Toronto reports, a recent examination of the first two phases of the Hariri Pontarini plans by Toronto's Design Review Panel has revealed the latest renderings, which still include a proposal for a 95 storey tower that could become the tallest in the city should it ultimately be approved. 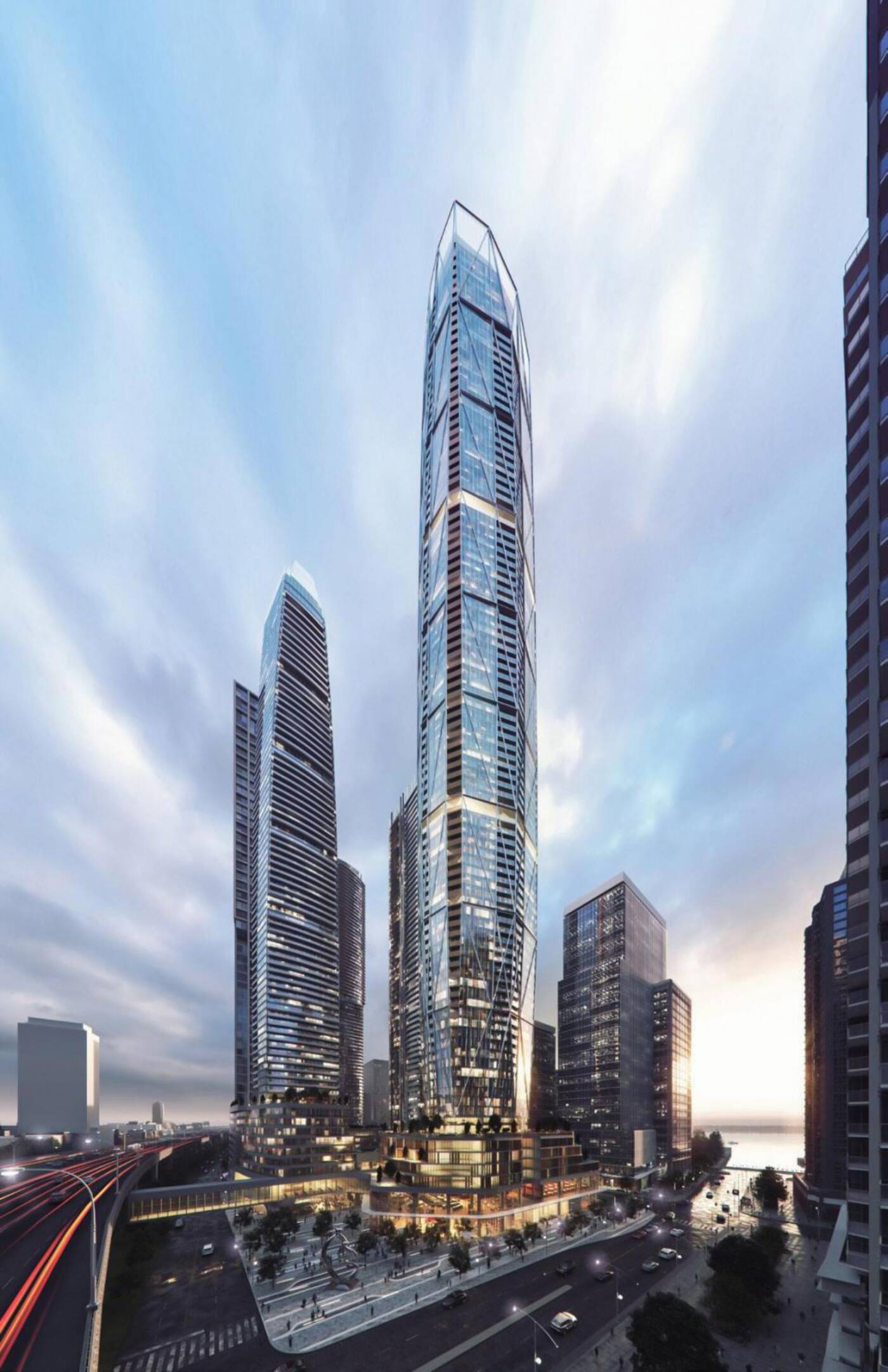 The first phases of the Pinnacle One Yonge project will leave an indelible mark on Toronto's waterfront and skyline. Photo via Pinnacle International.

Right now, the tallest approved tower in Toronto is The One at Yonge and Bloor, which is now under construction and will reach just over 306 metres. As it's currently configured, Pinnacle One Yonge's tallest tower would rise just a metre higher (307) to take the crown.

It's all a moot point if the YSL project at Yonge and Gerrard is approved in (or near) its current form, which is a whopping 344 metres, but that project has much further to go in the planning process. 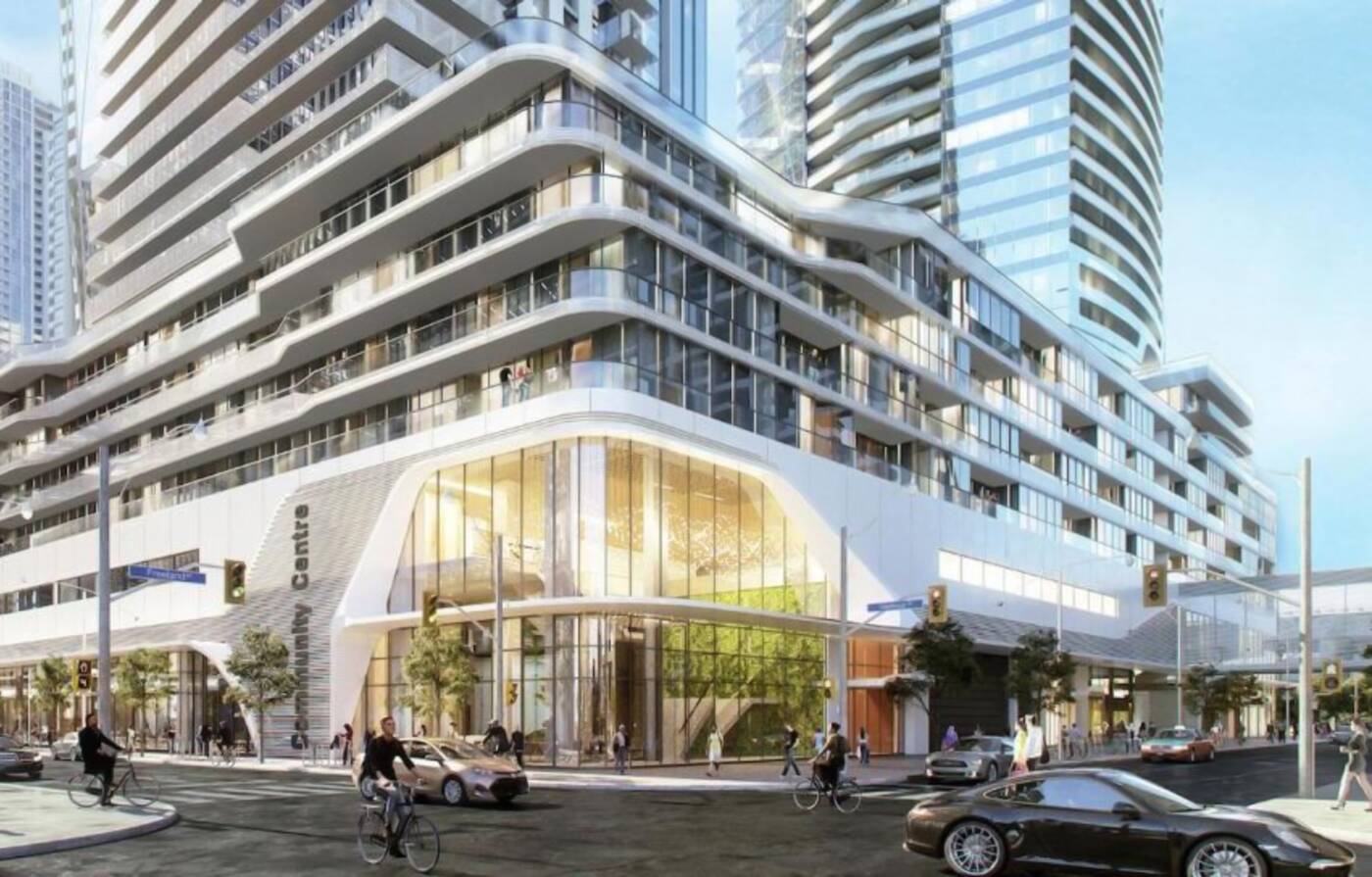 The podiums and street plan surrounding Pinnacle One Yonge will continue to be refined. Photo via Pinnacle International.

The DRP had lots to say about Pinnacle One Yonge, as Urban Toronto notes, but the height of the building doesn't appear to be a major sticking point at present. Where it appears much of the design refinement will take place at is ground level and the podiums.

That makes good sense. As much as the height of these super tall towers fascinates us right now, in a decade or two, 300 metre buildings won't be so rare, and the important thing will be how they relate to the street and the urban milieu as it's used everyday.