Downtown Toronto will soon be home to a two-tower hotel from Mississauga company Manga Hotels.

The intersection of King and Bathurst could soon transform from a vacant lot, formerly a car wash, into a pair of 13- and 18-storey buildings.

Sitting on the southwest corner a few units over from Toronto's oldest bar, the property at 689 King Street West was initially slated to become a 13-storey office building.

The newest design from Toronto-based firm Sweeny&Co Architects has been amended as another lodging from Manga, bring 319 guests suites in total.

The buildings will sit atop a two-storey podium, with the taller tower sitting along King Street. Renderings show both towers with some interesting floor-to-ceiling faceted window panels.

Manga Hotel also has another two-tower proposal slated for Richmond and Camden Streets that will see 375 guest rooms distributed across a pair of 15- and 17-storey buildings.

This King Street accommodation will include lobby bar for hotel patrons, a two-level underground garage, and a courtyard terrace between both buildings. There will also be a restaurant on the mezzanine floor. 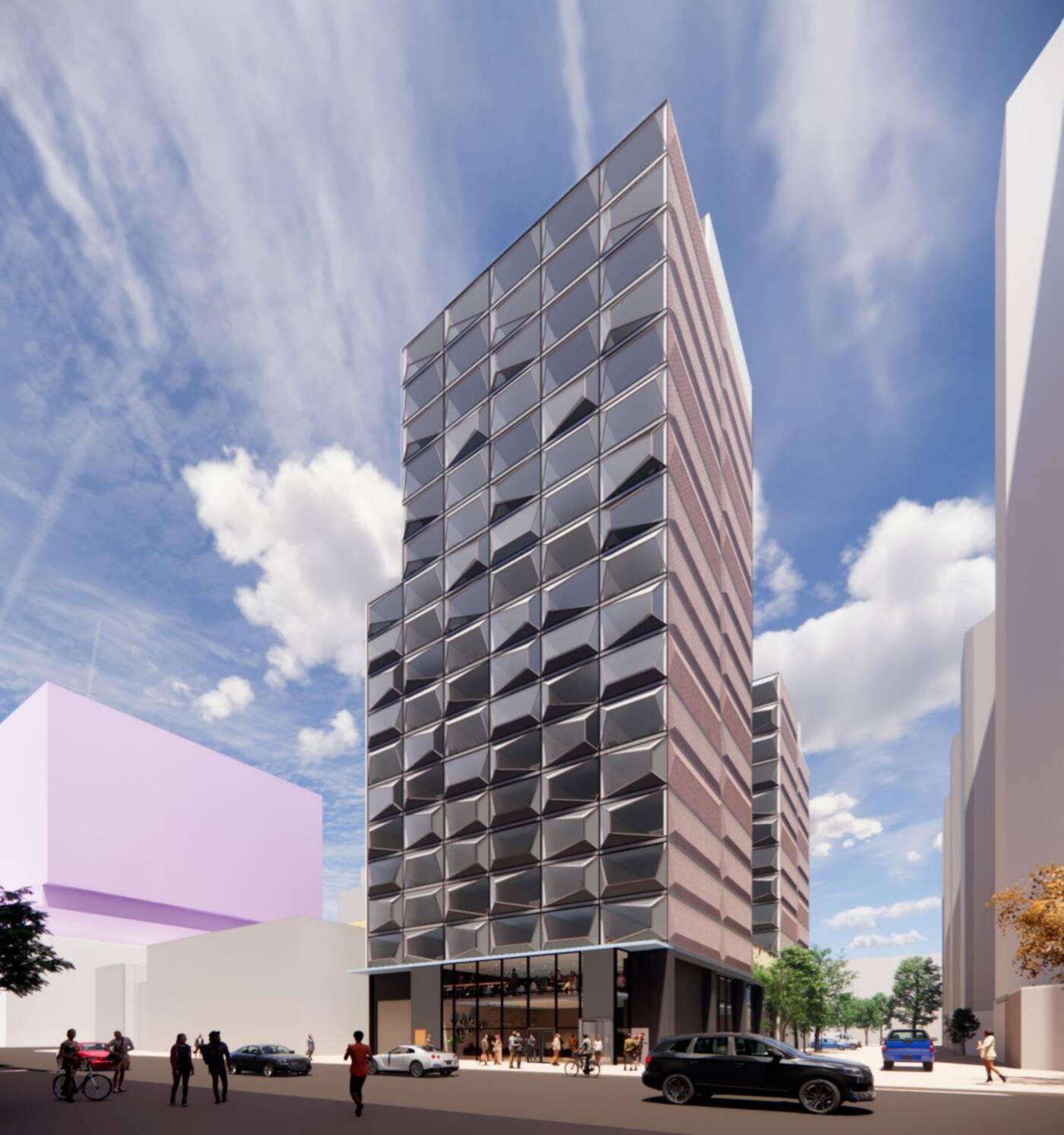 Manga Hotels is proposing a new two-tower hotel at King and Bathurst. Photo via City of Toronto submission

So far, Manga has 18 properties, including a number of hotels by the Toronto Airport, in Canada's East Coast, and New York, with affiliations with larger chains like the Marriott, Hilton, and InterContinental Hotel Group.

There's no indication from the proposal how the hotel brand will shape its new developments to meet COVID-19 requirements at this time.