The Distillery District is getting a new 31 storey hotel

Plans for a new hotel in the Distillery District have been resurrected after being scrapped by the City in 2011.

A re-zoning application has been submitted to build a 28-storey addition to the historic building at 60 Mill St., otherwise known as Rack House D.

The 31-storey hotel — whose initial proposal from Saucier + Perotte of 34 storeys was rejected by the Design Review Panel in 2012 — will be located directly across from the Distillery's main gates, if approved.

At one point, the site was approved by the OMB to become a 12-storey mixed-use building, but it appears the idea of a hotel has since been revived, albeit slightly less tall than when it was first pitched. 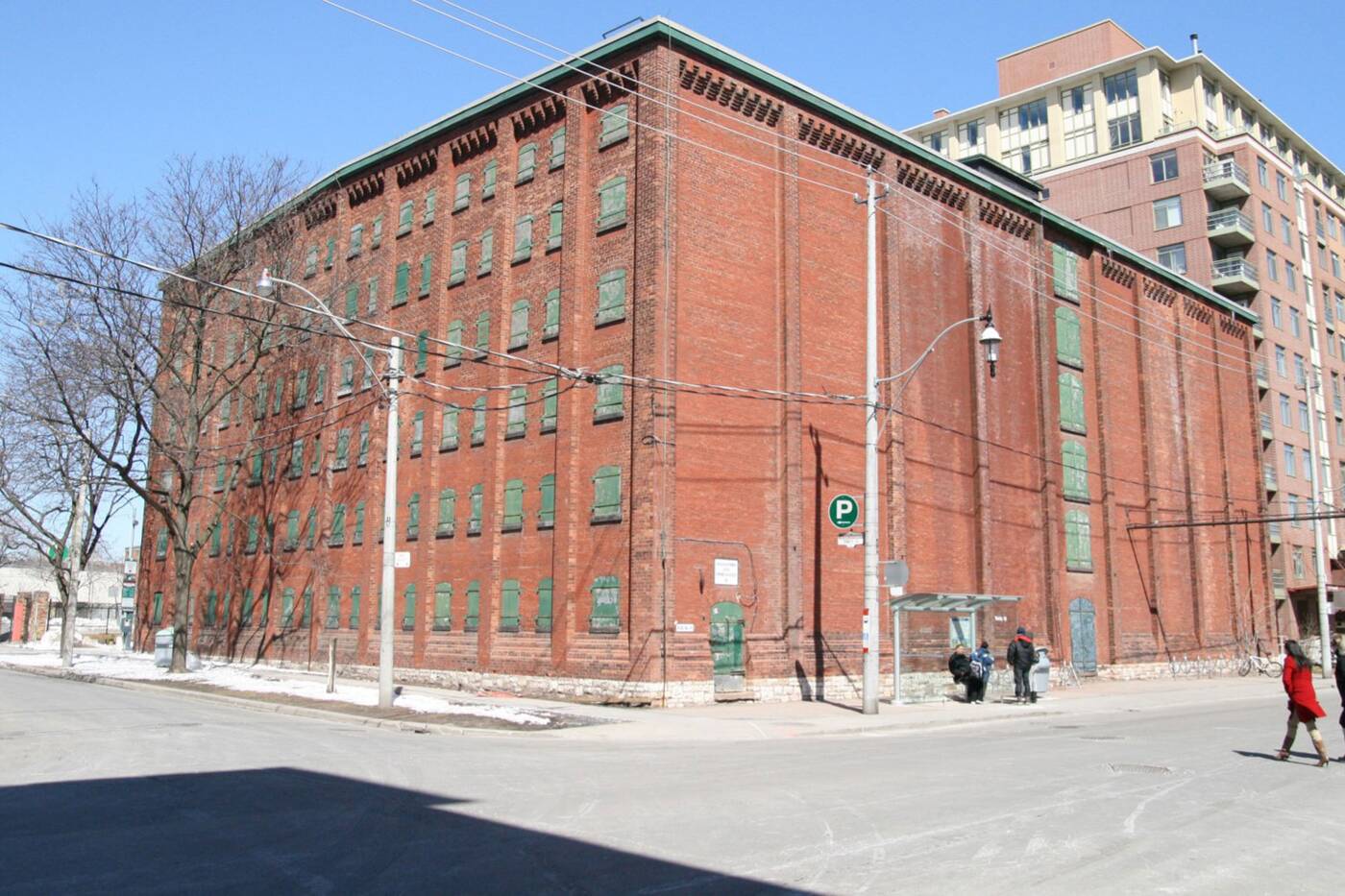 The proposed hotel is slated to built atop the historic Rack House D. Photo via ERA Architects.

It's unclear if the re-proposed project from land owners Eastons Group and Gupta Group is still slated to become a location of the Ganservoort Hotel, a luxury hotel brand in New York's Meatpacking District, as per its original design in 2011.

Renderings show Rack House D (which was built in 1890 but has sat vacant for many years) being used as the 3-storey podium of the hotel.

The hotel will bring 392 suites to the area and will comprise of metal and stone panels with reflective glass. A spa will span the fifth and sixth floors. A restaurant and patio will be located on the 31st floor.

The application, which will bring the initial concerns of a massive hotel in the Distillery District back on the table, is now under review.