The Distillery District may get a hotel, but not this one

A much buzzed about proposal to build a 34-storey hotel-condo opposite the main gates of the Distillery District was recently sent back to the architects for redesign by the City's design review panel, a group that advises Council on achieving quality architecture and landscaping. The decision of the panel, while not necessarily surprising, raises a few questions about Toronto's willingness to embrace bold architectural projects in historic districts.

A recent recipient of an award from Architecture Magazine, the Rack House D project — cited for its progressive use of materials and "massive, powerful" presence — was turned down over fears that it might set a precedent for other, lower-quality towers around the historic Gooderham & Worts site as well as concerns over its effect on the Trinty-Mill Street area.

The panel had no qualms with the building itself — they praised its "beautiful, world-class" appearance and noted the developer's conservation record in their January 23 meeting — but a majority of panel members suggested the size of the structure might negatively impact the area. It's worth noting the area north of Mill Street was not included in the master plan devised in the 1990s for redevelopment of Distillery and that the building is currently vacant.

The Distillery is underserved by hotels and Cityscape Development, co-owners of the old Gooderham & Worts factory, have been looking at proposals for years, according to an article in the Star, which also draws comparisons to New York's Meatpacking district, an area successfully redeveloped into a fashionable neighbourhood with a thriving nightlife. 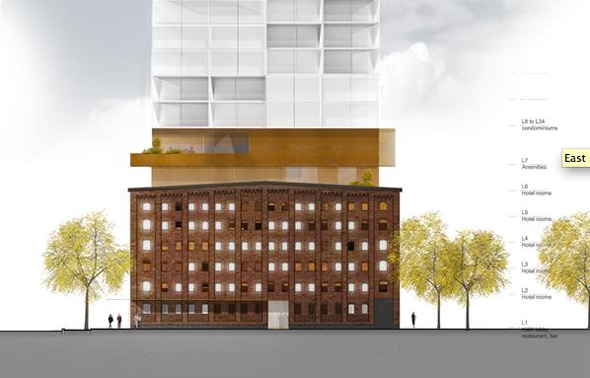 Cityscape hopes that by adding a fashionable place to stay, it can boost the number of after-hours visitors to the Distillery. Use of the site for a hotel wasn't itself a concern for the panel — in fact, it was seen as a positive — but this particular design left too many "unknowns" for the members' liking.

In Saucier + Perrotte's original design, the historic whiskey/wine storage building currently on the site would be converted into a restaurant and bar. Floors 2 - 6 of the tower would become a hotel, the rest, floors 8 - 34 would be sold as private condos. Now that the ball is back in the architect's court, one can expect that considerable modifications will be made to the design.

And so we're left with a number of questions. Is the design review panel's decision wrong? Or is this conservative approach the most one prudent given the unique historical character of the area? Should a chance have been taken on Rack House D given the praise the design has received and the fact it preserves and revitalizes a vacant heritage building? As the minutes from the DRP meeting put it, "Does an outstanding design justify the irreversible change to the Rack House D building and the Distillery District's core heritage area?" 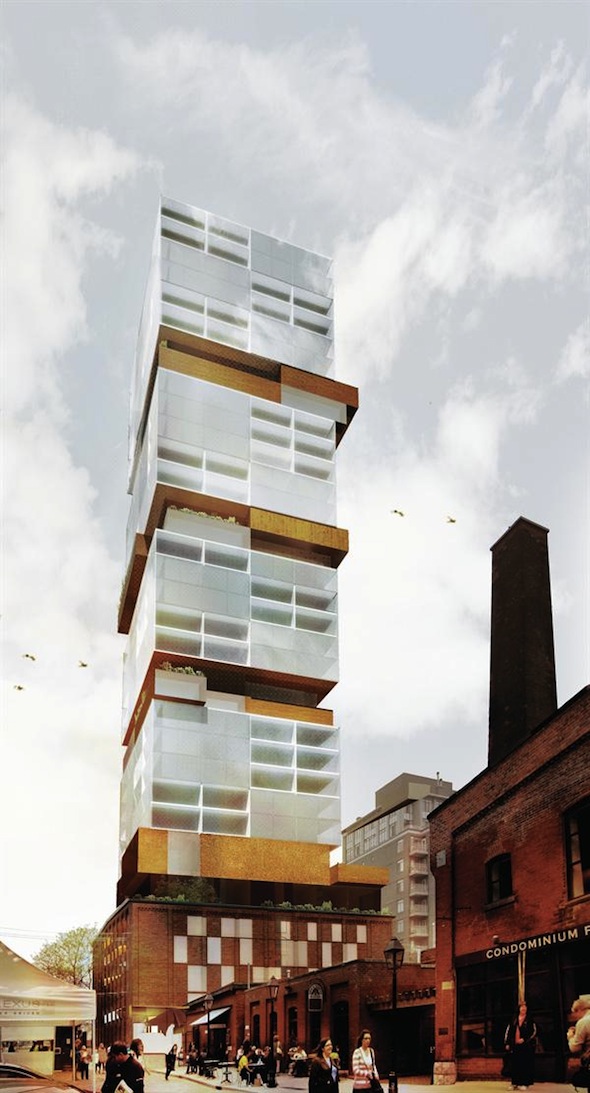 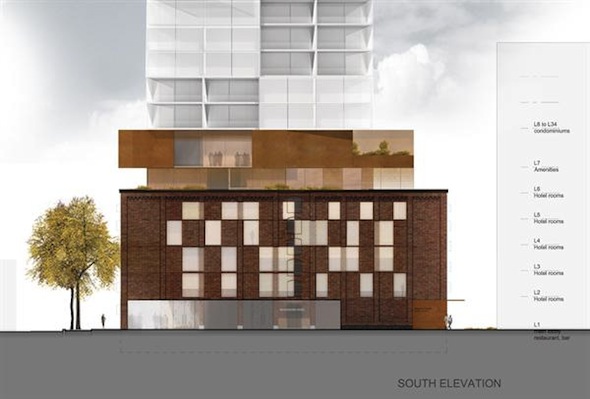 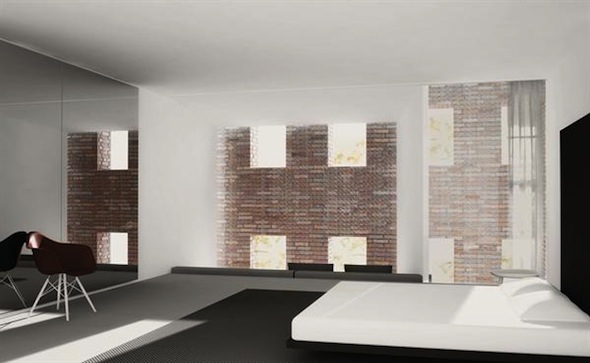