Construction on Canada's first Ace Hotel is well underway, meaning it won't be long until this swanky lodging officially opens in Toronto.

The 13-storey hotel designed first announced that it would open sometime this year, but is now projected to open at 49-51 Camden Street in Fall 2020.

With 9 locations worldwide, the Seattle-based hotel chain will also be opening a hotel in Tokyo by Spring 2020, and another in Sydney, Australia, sometime in 2021. 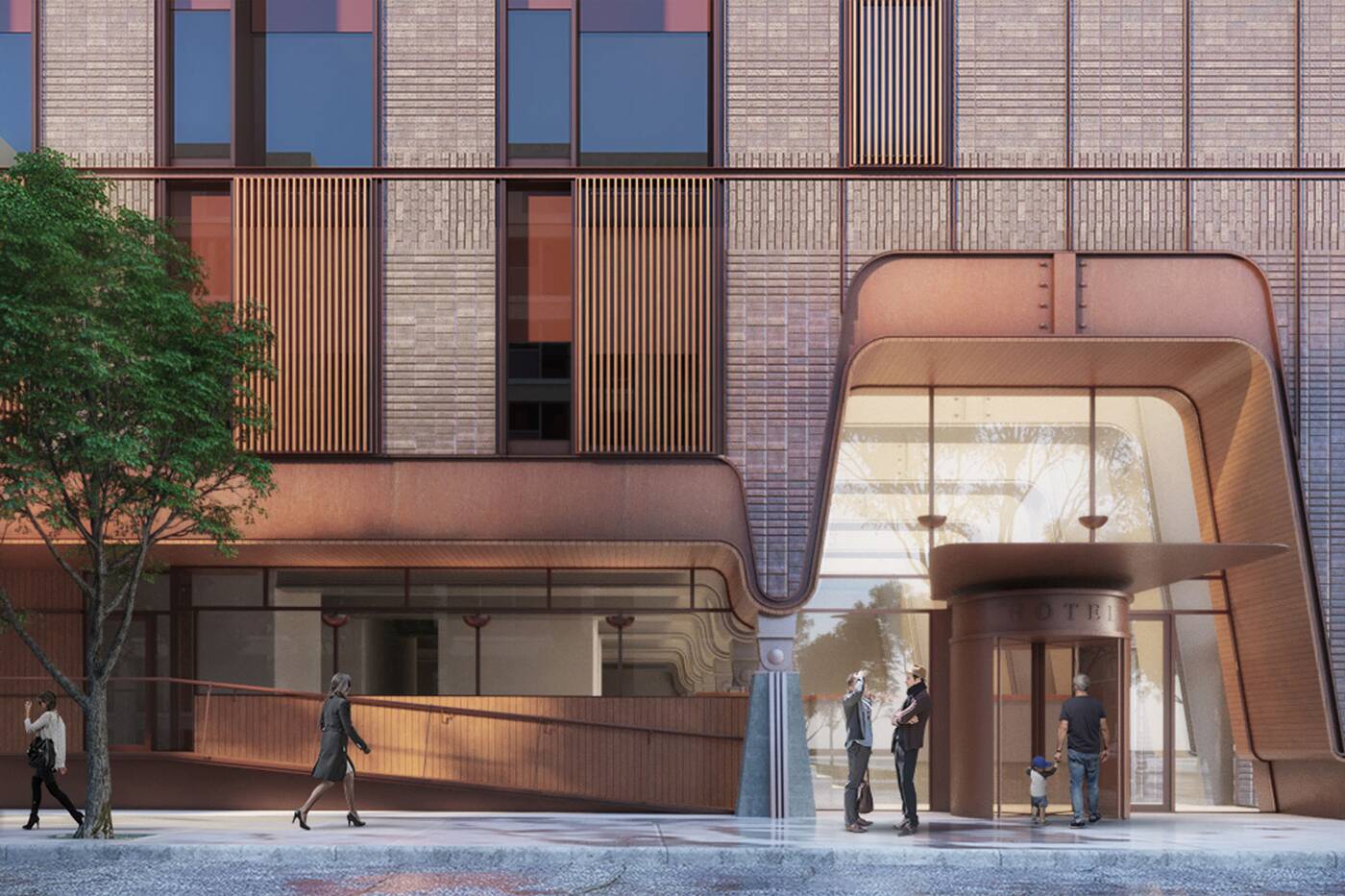 In keeping with the brand's industrial-chic M.O., expect a lot of red brick and exposed concrete at Toronto's version, designed by Shim-Sutcliffe Architects.

The hotel's 70-seat lobby will be a focal point: according to Ace, it'll be an "animated cultural hub" with views overlooking the St. Andrew's Market park. 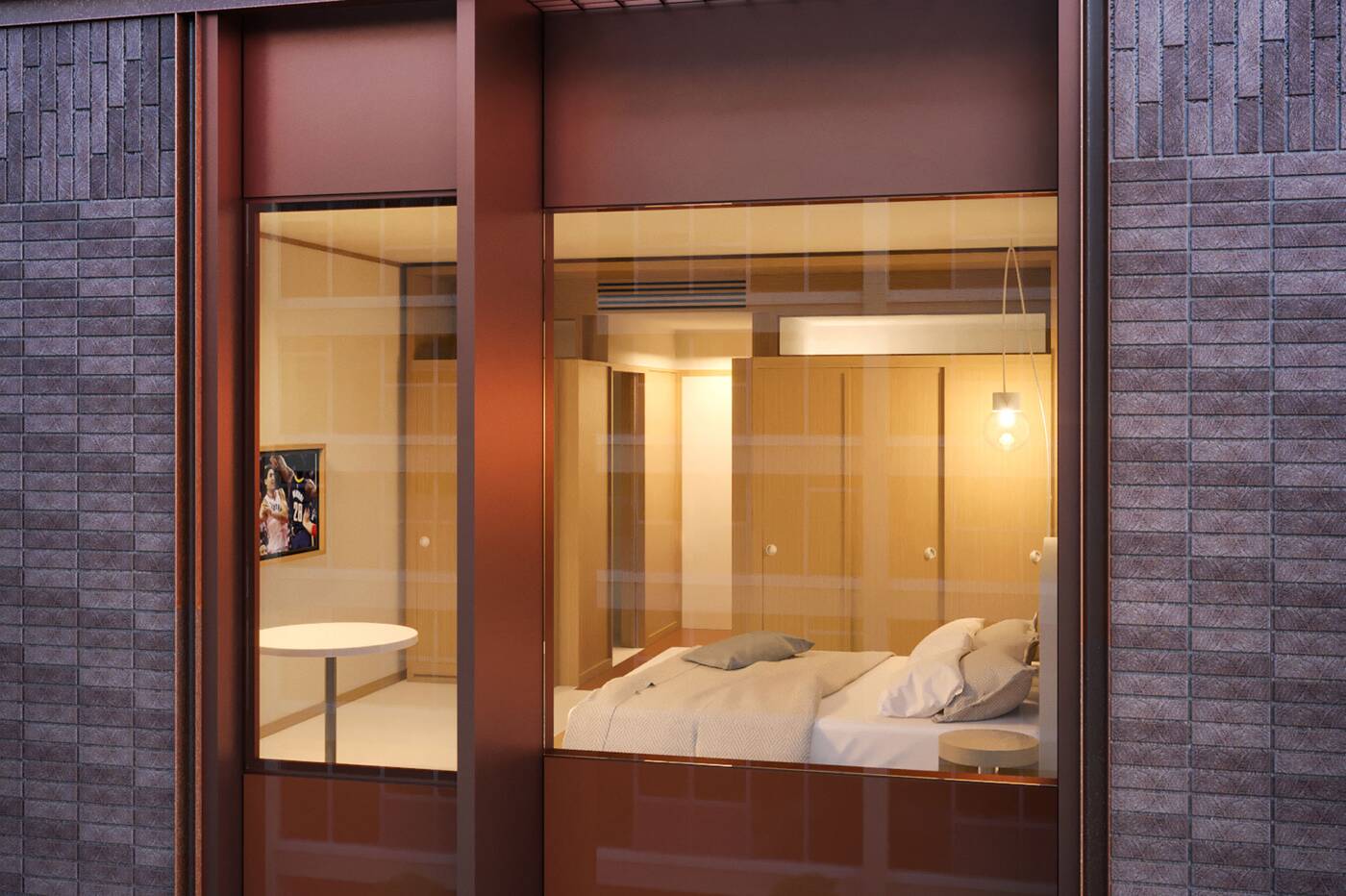 The hotel will feature 124 rooms and a rooftop bar. Photo via Alterra.

The Zinc- and Alterra-developed project will have 124 rooms for booking, plus a 140-seater restaurant and a rooftop bar.

Room design will likely stay on par with other Ace Hotels by including acoustic guitars, record players, and an on-trend selection of vinyls. Judging by an Alterra rendering, it might also include a bizarre choice of sports artwork, including a picture of the Raps vs. Pacers game from a few years ago?

It's also only the second time that Ace has built its accommodations from scratch (the first was Chicago's in 2017) rather than taking over existing, typically old, building.