This it what the Ace Hotel will look like in Toronto

Among the latest crop of new (or soon-to-open) boutique lodging spaces in Toronto is Canada's first Ace Hotel — an ultra hip chain synonymous with Portland, Oregon and its emphasis on "creative gumption."

The new hotel is currently under construction at 49-51 Camden Street, next to Brant between Richmond and Adelaide Streets, and developer Alterra predicts it will be open sometime in 2019.

Only 10 other Ace Hotels currently exist worldwide — all of them in hot creative cities such as New York, Los Angeles, London, Chicago and, of course, Portland, where the brand originated in 1999. 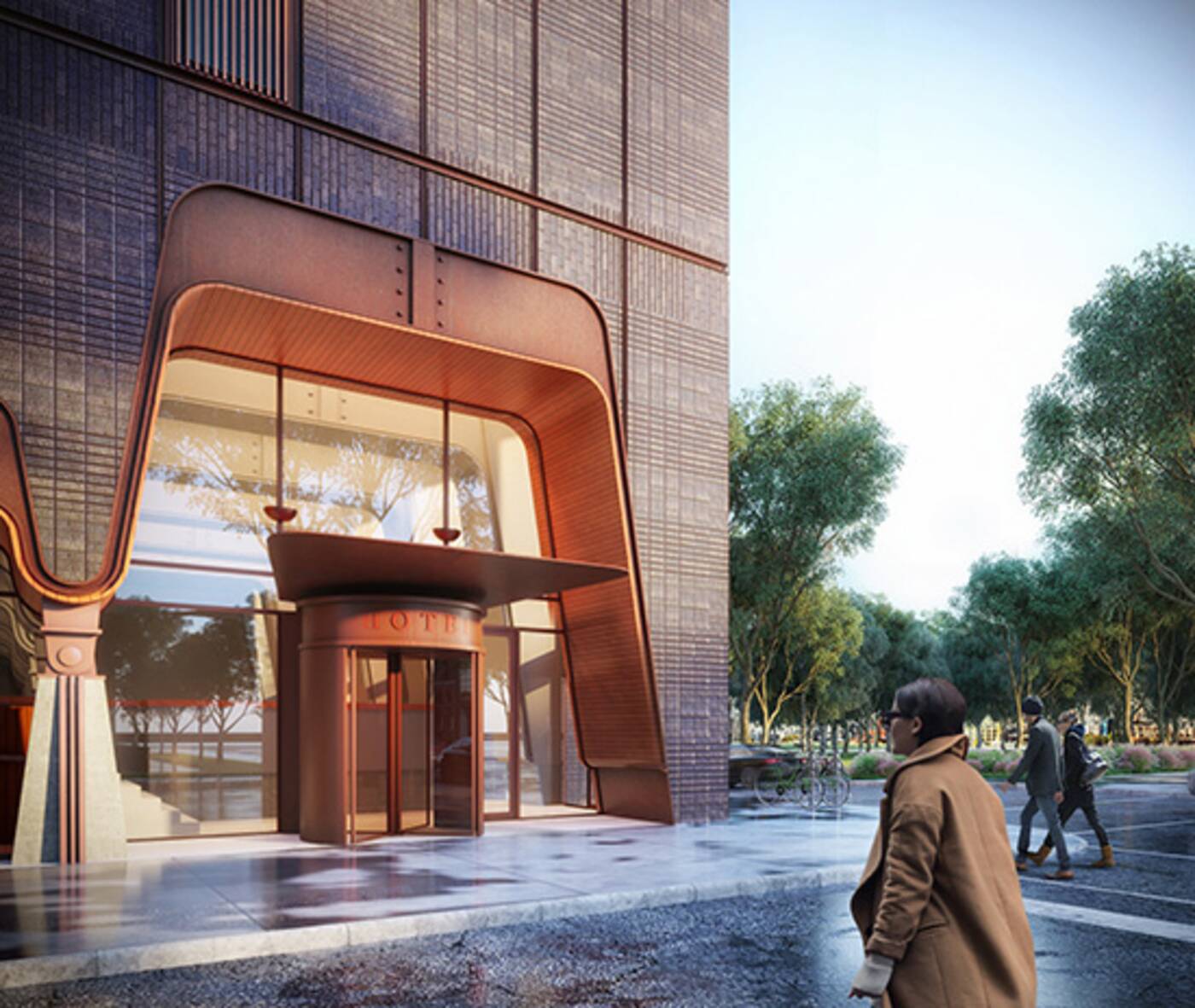 The new Ace Hotel's red brick exterior has been described as a nod to the industrial past of its neighbourhood, which includes the nearby historic Waterworks building. Image via Alterra.

Construction has been underway on the building since at least 2016, with excavation that began mid-way through last year. As Urban Toronto notes this week, the 13-storey building is now close to rising above ground level.

This means that we'll soon start to see a stately red brick building start to rise across from St. Andrew's playground and, thanks to some recently-released renderings from Alterra, we now know what that'll look like.

"The building will punctuate what is already a hub for Toronto's creative design set," reads the developer's website, hailing architect Shim Sutcliffe's design as "a nod to the area's industrial past." 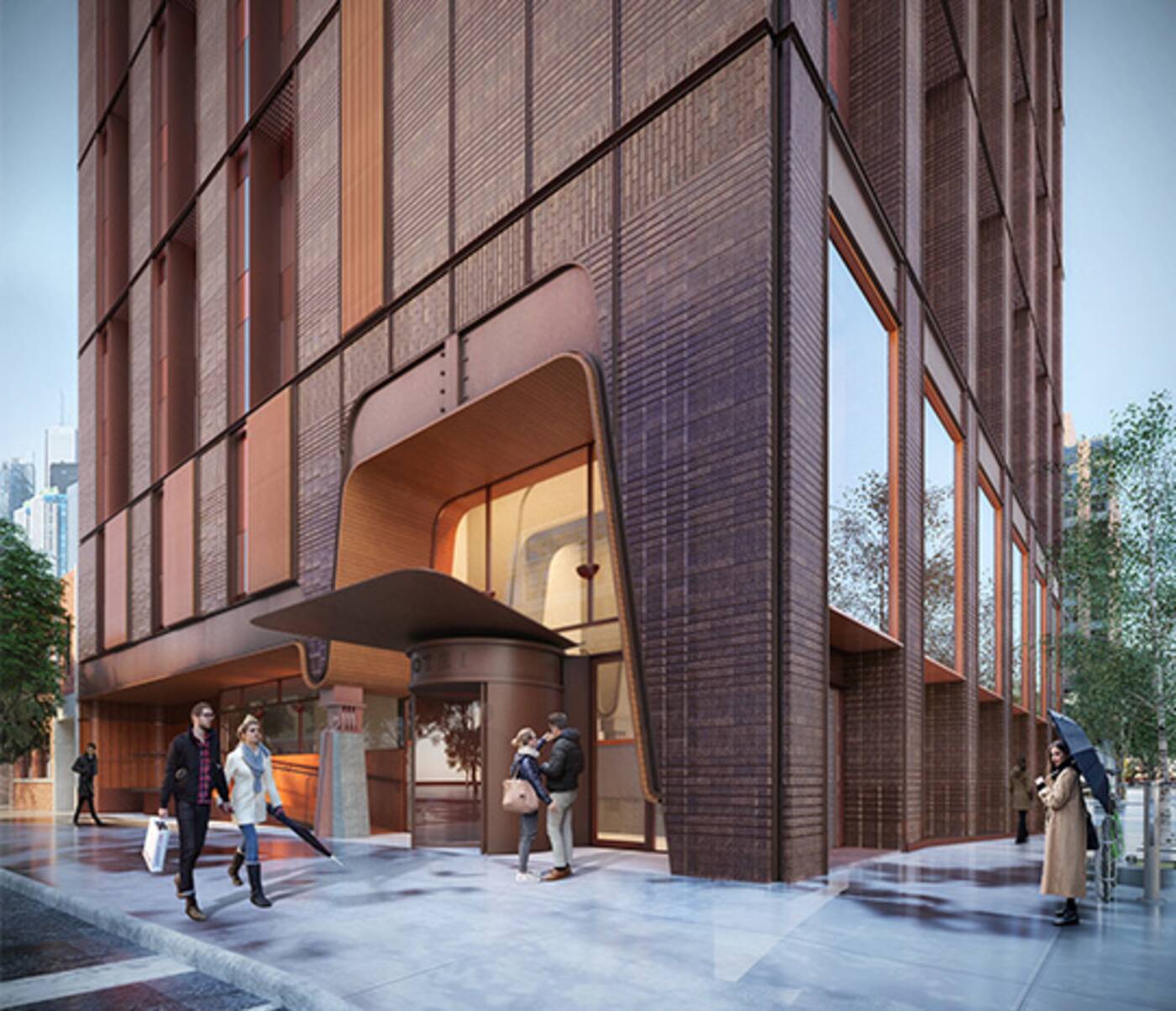 Toronto will be the 12th city to get its own Ace Hotel after Kyoto, Japan, in 2019. Image via Alterra.

The hotel will boast a total of 124 rooms upon completion, according to Alterra, some which will likely include an acoustic Martin Guitar and/or a working turntable "with a curated selection of vinyls," as is the case with other Ace Hotels.

"We are not here to reinvent the hotel, but to readdress its conventions to keep them fresh, energized, human," reads the hotel's main website.

"Always go with the best idea, regardless of where it comes from and be willing to learn from anybody," the blurb continues before going on to talk about truth, fate, free will and trying not to be a jerk.

"Work can be a beautiful thing when done beautifully, and it's a lot more fun done together than apart," it concludes. "This, more than anything else, is why people want to sleep with us."