The Drake Hotel has undergone a number of big changes over the course of the pandemic.

Following a tumultuous summer that involved founder Jeff Stober stepping down as CEO amidst accusations of racism against the West Queen West venue, the hotel has finally emerged from a quiet period to unveil an interior overhaul. 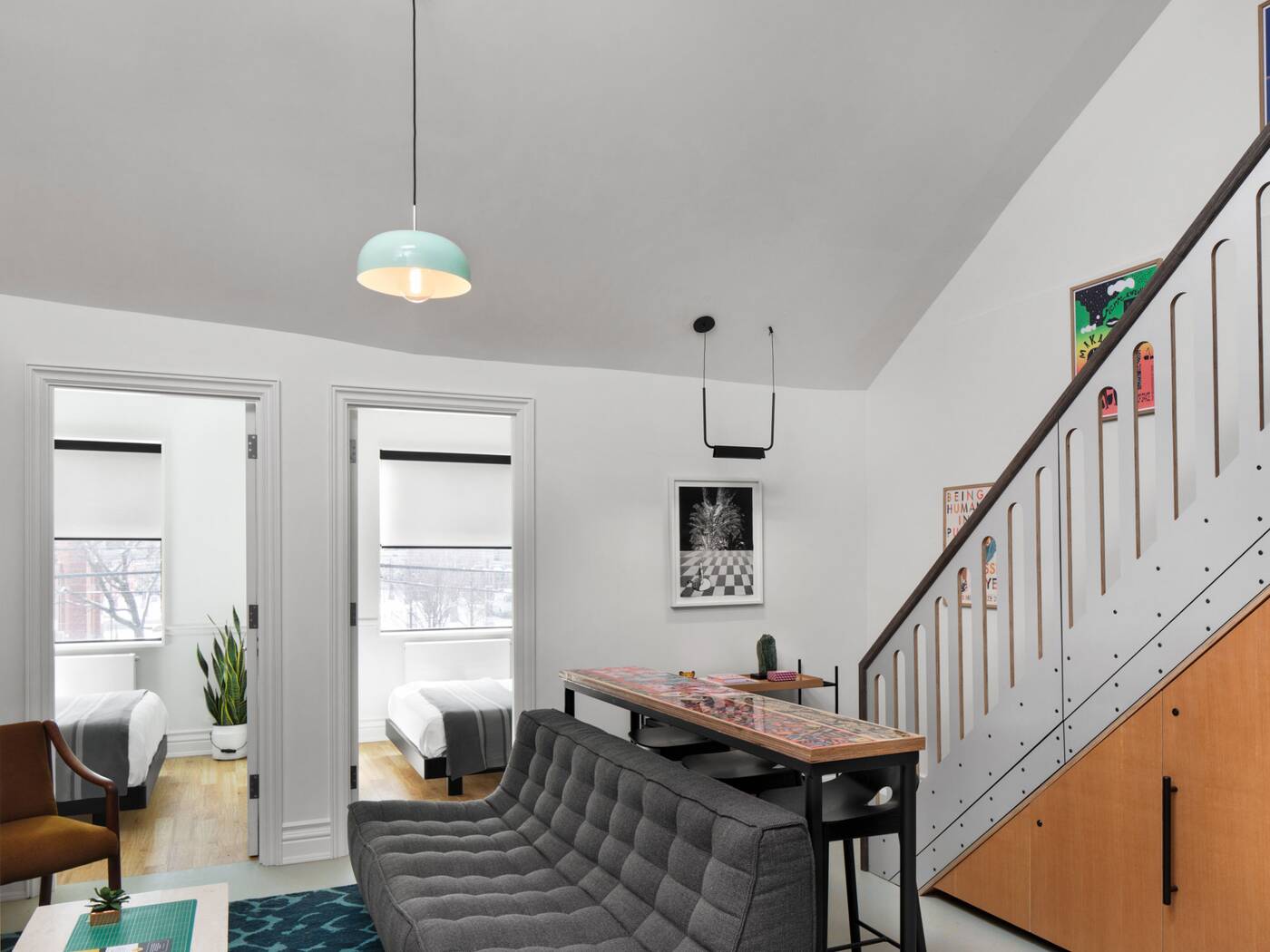 The Drake has added 32 new rooms to its floorplan that are expected to open in 2021.

A rundown 800-square-foot apartment formerly used by touring musicians has also been turned into a new colour-blocked space called the Arist Loft. 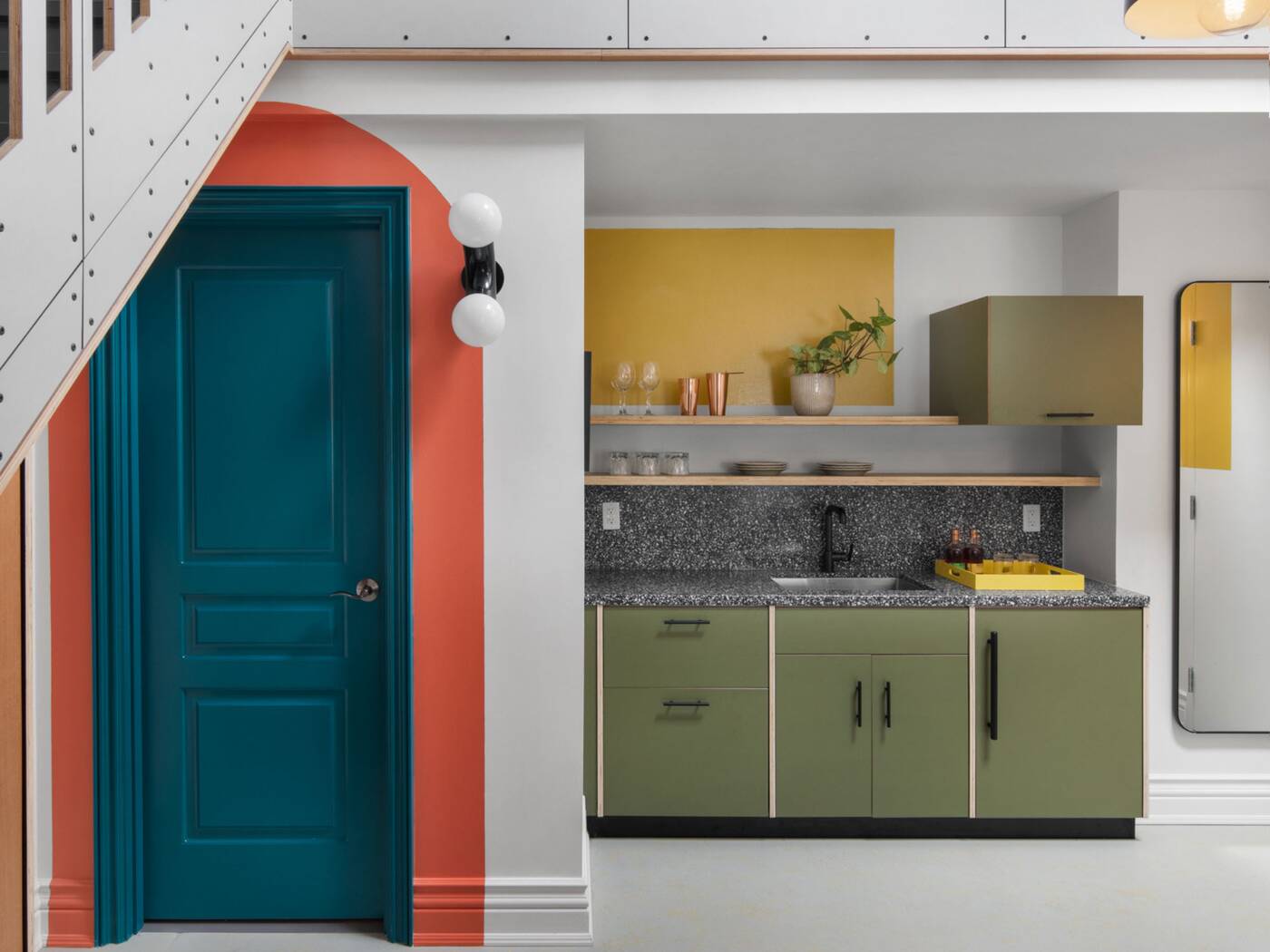 The two-storey space, which fits eight people, will be used as part of the hotel's artist-in-resident program. Musicians like Toronto rapper k-os and Witch Mountain member Nathan Carson have already spent time here as part of the program.

Two of the private bedrooms look out on to Queen Street West.

The colourful loft from DesignAgency includes a neon-lit staircase, a skylight, and a kitchenette stocked with eats from the Drake Commissary. 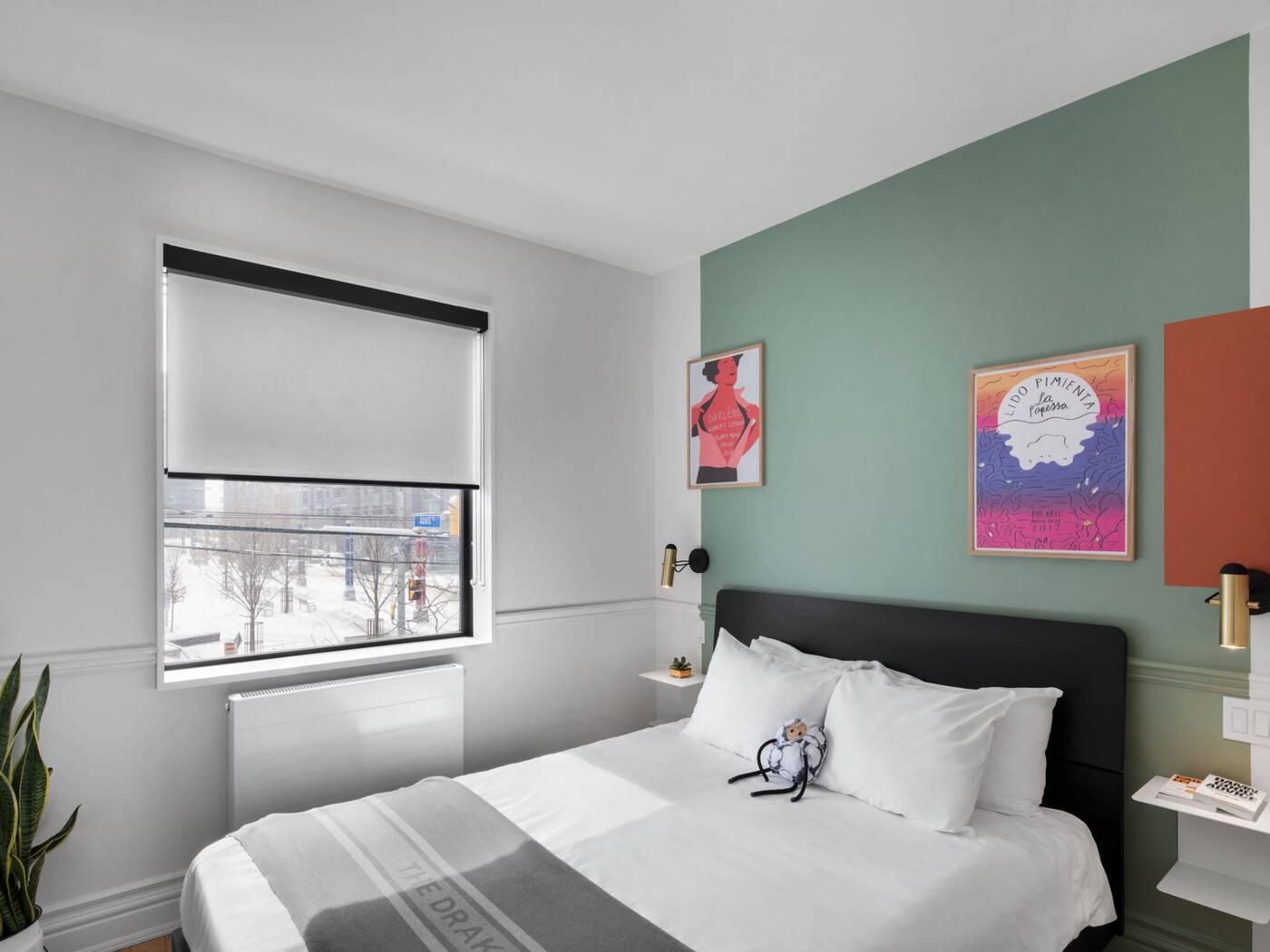 Two of the bedrooms in the Artist Loft looks over Queen West. Photo via Drake Hotel.

Other highlights include high-speed internet, toiletries from Malin + Goetz, and Drake event flyers and Polaris Music Prize posters as artwork. Plus, handmade dolls.

The hotel describes the new space as "perfect for families and bubble pals to call their home base while exploring Toronto."