For all of the incredible creatures known to thrive in Canada — moose, lynx, grizzly bears, beavers, puffins, reindeer, loons — cool wildlife sightings are incredibly rare in cities like Toronto.

Sure, we have our raccoons, our geese, that one wild turkey, the occasional fox... but most of the animals you'll see around here are one of three (chronically underrated) things: A sparrow, a pigeon or a squirrel.

Contrary to comments on a popular Reddit post featuring the latter creature, Toronto is not home to any any squnks (squirrel-skunk hybrids.) Neither is any other place in the world, because such an animal does not exist.

You'd be forgiven for considering it, though, after seeing this photo of what experts have confirmed to be a black and white-furred eastern grey squirrel.

Ran into this amazing creature from r/toronto

Several Toronto residents have spotted the unusual-looking squirrel in recent weeks near a location that will not be disclosed out of concern for the animal's safety.

"Ran into this amazing creature," reads the caption of a photo on Reddit that racked up over 631 upvotes in less than 24 hours, plus dozens of comments proclaiming how cute the little fella is.

"I saw an oppossum one evening for the very first time in Toronto," commented one person in the thread. "Quite marvelous I thought. A mix of genes with this squirrel. Wonderful!"

Others put forward guesses such as "melanated squirrel with vitiligo," "upper Canadian dwarf skunk," and "squnk." 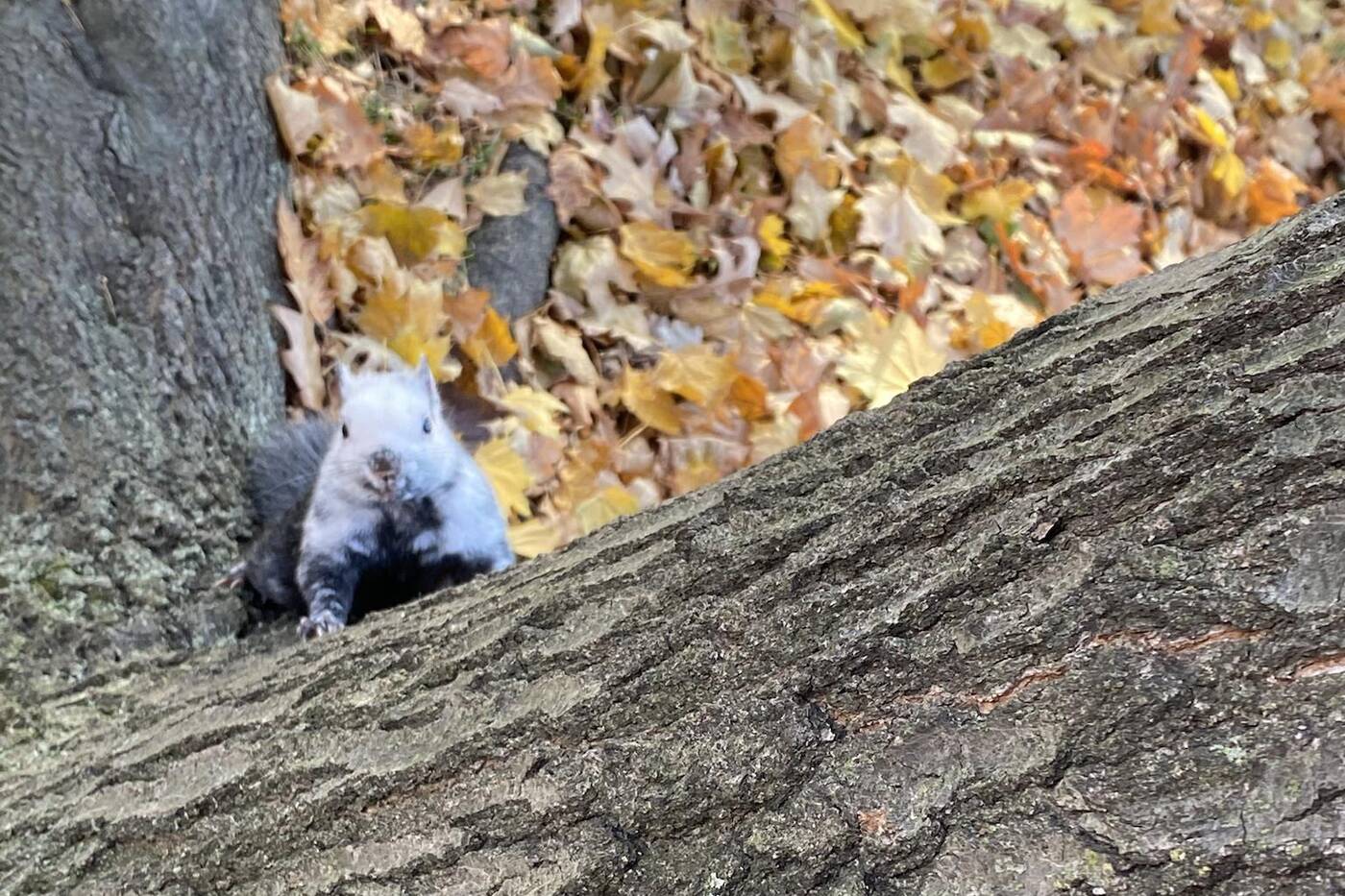 "That half skunk hypothesis stinks (see what I did there:) or at least half so!" says Dr. John L. Koprowski, Dean and Professor at the University of Wyoming's Haub School of Environment and Natural Resources and one of the world's foremost experts on squirrels.

"This is a black form or color morph of the eastern gray (okay...grey for our Canadian friends) squirrel with white fur (white hair is actually hair without pigmentation, the result of the cells that produce color not doing their job)," Koprowski explained to blogTO.

"The cells that grow the hair and the cells that produce color are separate units. In some black and white mammals that we know, the production of pigment by some cells and not others are genetically controlled, such that we get striking black and white patterns and in some, this color production is tweaked by temperatures and hormones."

Striking as the animal's coat may be, Koprowski says the pattern could have formed in response to prior illness or injury. 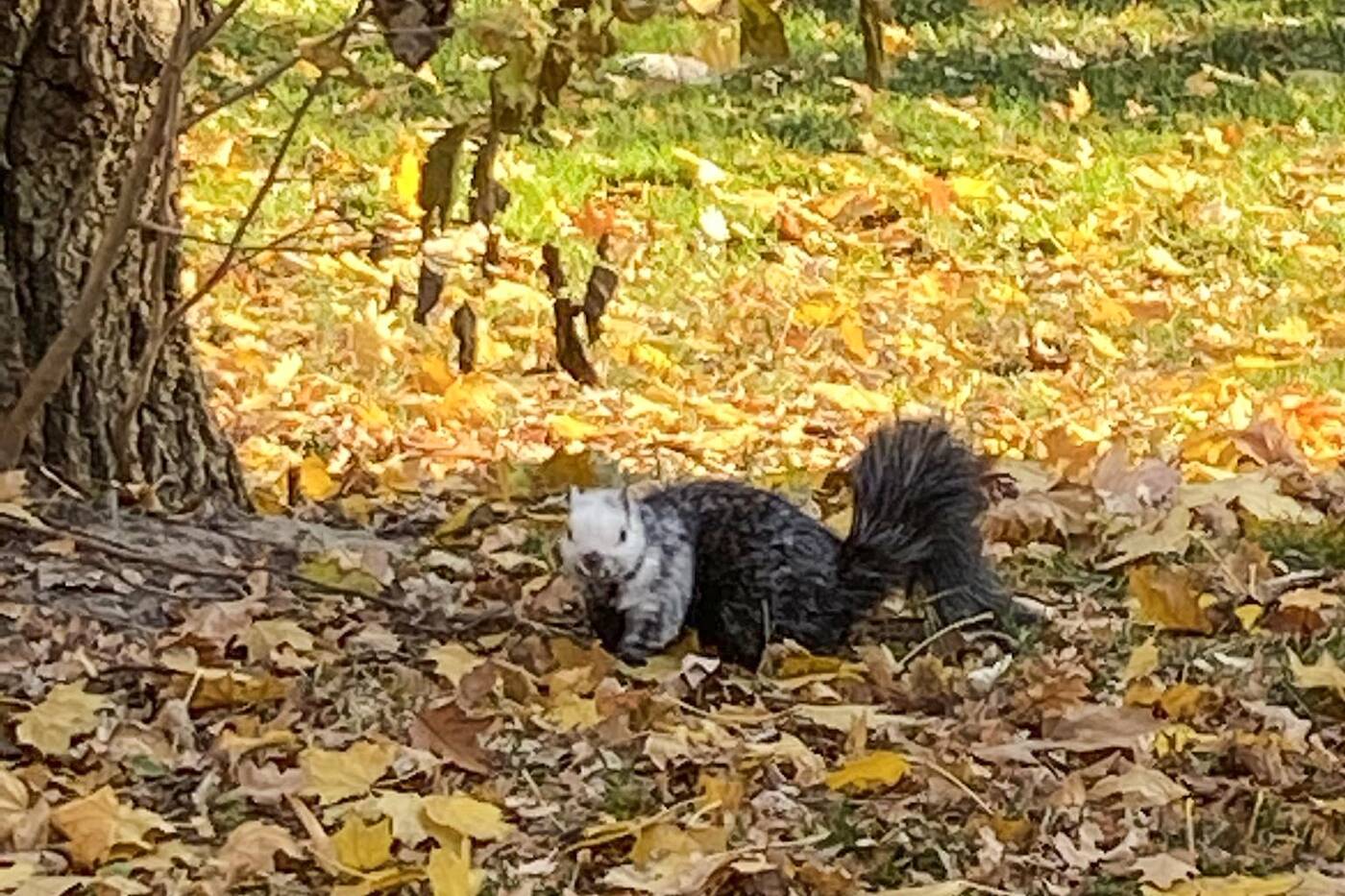 "In eastern gray squirrels patches of white like this often happen from some kind of physical or thermal trauma that results in the pigment producing cells not producing," said the accomplished biologist.

"In northerly latitudes this results from a bad case of mange, where small mites burrow into the skin and cause the loss of hair and the exposure of skin to cold. When the hair regrows, the temperature sensitive pigment producing cells have been damaged and fail to produce pigment. The uncolored hair appears as white to us."

This is not what happened to the famous white squirrels of Trinity Bellwoods Park, which are thought to be albino (their cells produce no pigment at all.)

What the black-and-white squirrel has in common with most other squirrels in Toronto (save for the red squirrel) is that they're all eastern greys. 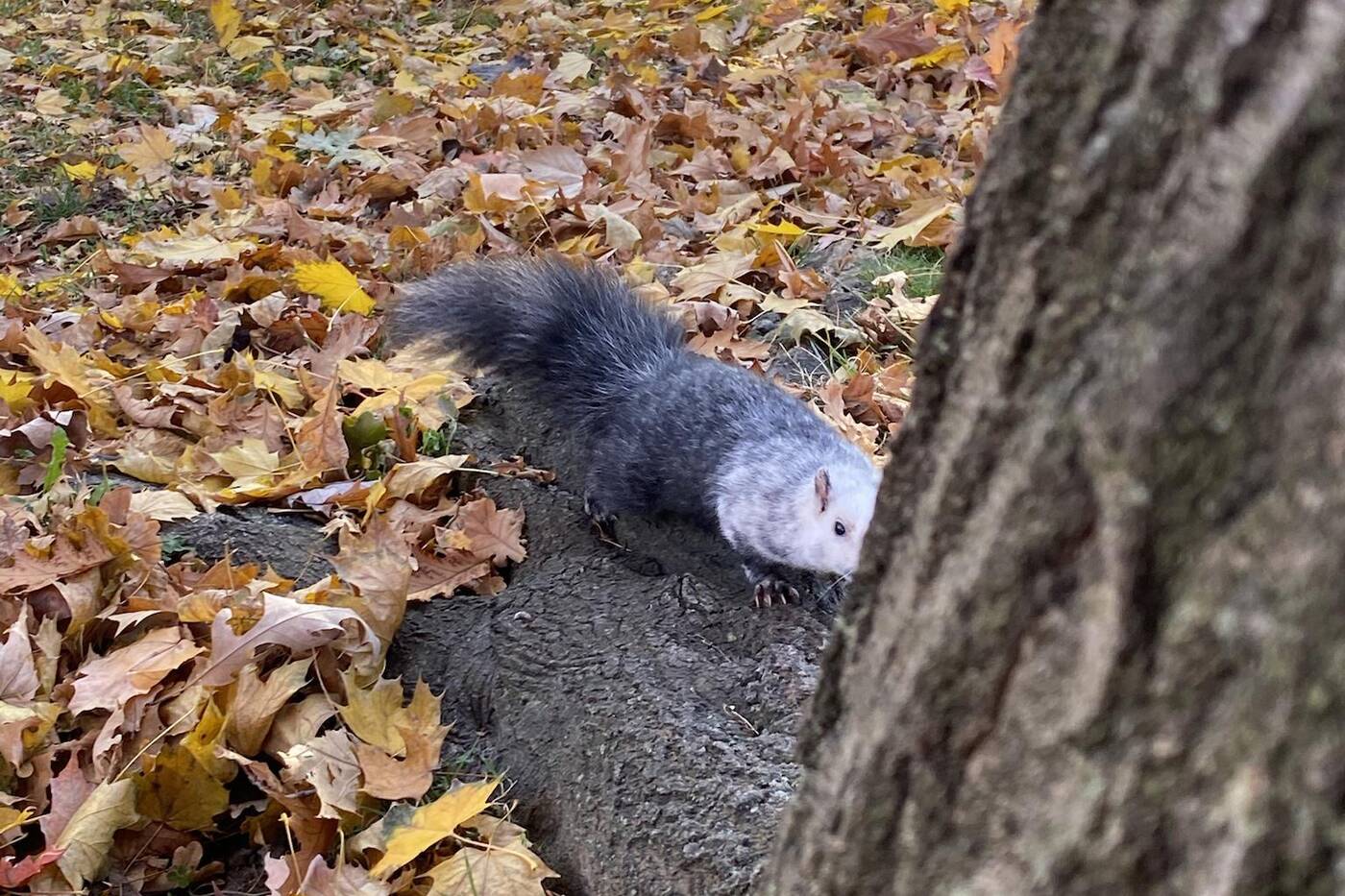 "The black morph gains an energetic advantage due to that black coloration in cold northern winters despite their striking color that likely makes them more prone to detection by predators," says Koprowski, noting that this colour variation is more common in the northern part of the species' natural range.

The squirrel featured on Reddit today — who, according to commenters, has been living in the city for years — is one of these morphs (albeit with some white patches.)

"This black and white animal is not half skunk and half squirrel... just one tough Canuck!"