A last ride on the TTC's H4 subway before it's scrapped

After more than 35 years in service, the Hawker-Siddely H4 subway car made its last trip along the Bloor-Danforth subway line this morning before it heads to the scrap yard. Although perhaps not the most significant event, a host of transit fanatics and photographers were on board for last rites.

Commuters, on the other hand, will likely be thankful that the H4 is being retired before another summer arrives. The combination of a lack of air conditioning and padded vinyl seats was a bit deadly on the hottest of days. 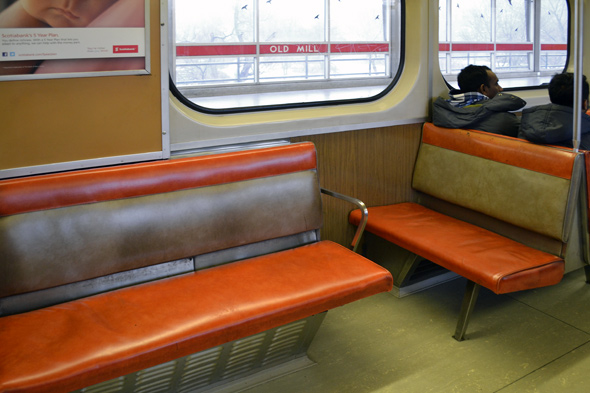 The the last TTC subway car with fan coils, orange seating, and yellow doors, everything about the interior design reeks of that unmistakable 1970s aesthetic. The H-series trains were built between 1965 and 1990 at the Thunder Bay plant. Although the H4 will no longer ride the rails, the H5 and H6 are still in service. With the arrival of more Toronto Rockets, the Commission can finally retire its oldest car. 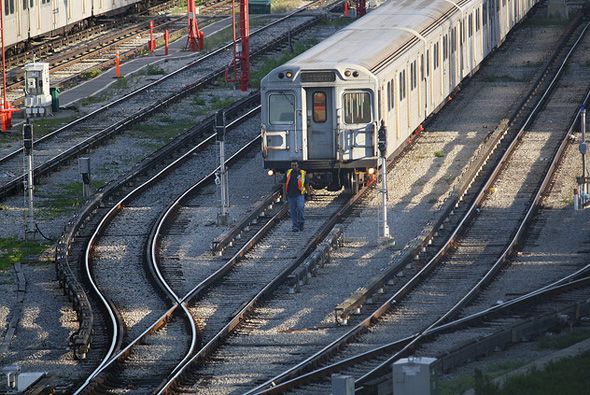 TTC spokesperson Brad Ross announced yesterday that the H4 would be making its last return trip from Kennedy to Kipling, which brought out enough transit geeks to leave commuters confused as to what all the fuss was about. Some complained that it was far too much attention for a subway train, while another asked me to snap a photo of her on these, "decrepit seats." Not everyone, it would seem, was beset by nostalgia. 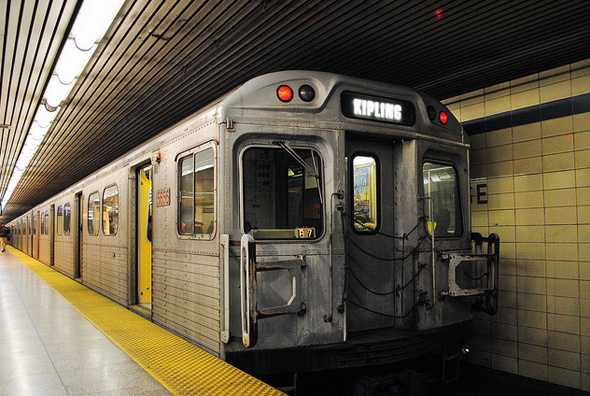 As the subway approached Kennedy station, the operator ominously announced, "after this next stop, the train is going to be decommissioned." Although not everyone will miss the old trains, it's always a bit wistful to say goodbye to something so familiar. 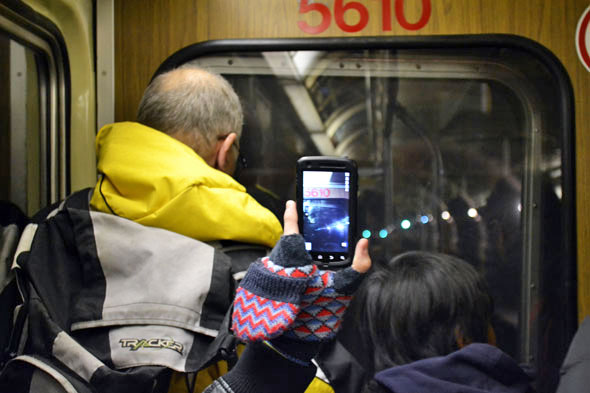 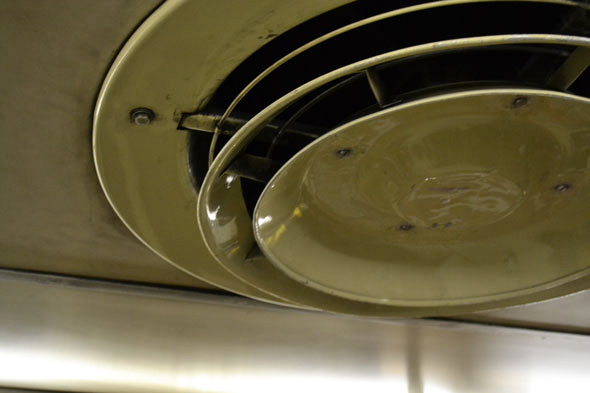 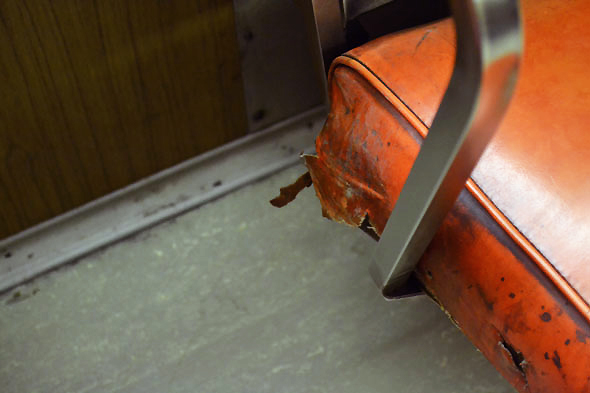 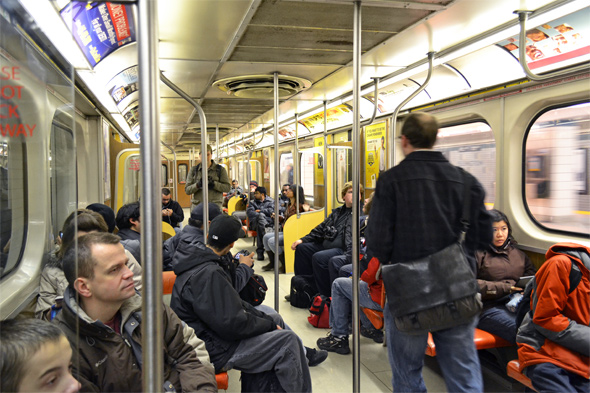 Photos three and four by Danielle Scott and APTA_2050, respectively. All other photos by the author.