Get to know a street: Ellesmere Road

Ellesmere Road between Victoria Park and Markham Road is an east-end strip of rolling concrete. Each peak reveals yet another few paces of grassy(ish) plains, tired strip malls, and the occasional tower of homes and offices. While words like "quiet" and "quaint" have no business in this area of Scarborough, Ellesmere enthusiasts would point out that you can't feed a hungry brood on ivory-painted lampposts and smiles.

Great eats is one thing this Scarborough stretch certainly has in prosperity, especially Hakka cuisine and other eastern fare. A few bites in and "tree-lined" will seem but a frivolous superfluity. Here are some places to check out on Ellesmere Road.

B & A Bakery Outlet
'Bakery' and 'outlet' are undoubtedly some of the best words in the English language, so imagine my delight when I saw the two of them combined! You can find some amazing steals in the retail section of this industrial space, not the least of which include a dozen dinner rolls for $1, six bagels for $1.75 and white and whole wheat sliced loaves for $1.55 each. No space to nosh, though, unless you include the parking lot. 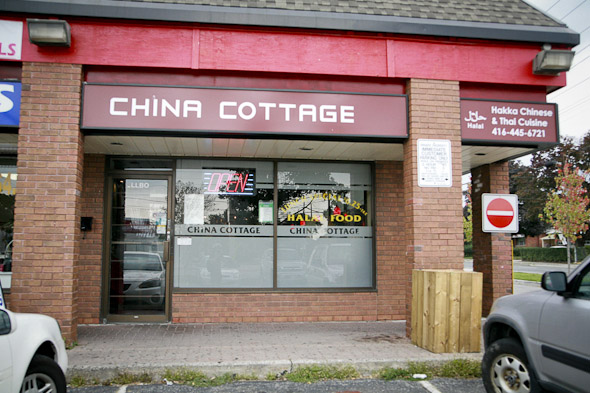 China Cottage
China Cottage does Hakka and Thai cuisine in a laid-back strip mall space. This location is one of two in Toronto, where all the meat is Halal and beer options include Indian Kingfisher and Cheeta. You'll probably need those, too, since the cuisine at China Cottage--like most Hakka cuisine--is served with a heavy dose of heat. 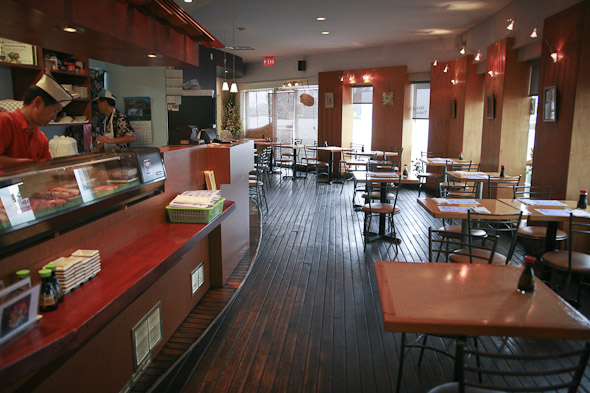 Ni-Ji Sushi
Ni-Ji Sushi looks like one of those monster sushi joints from the outside, but the dining room is actually quite small and intimate. You'll definitely get the most bang for your buck here during lunch time, where you can get chicken teriyaki for $6.95, 10 pieces of salmon sashimi for $9.95, and other combination specials for under $10. Besides the obvious Japanese fare, Ni-Ji has a few Korean options on its menu including bibimbap, gal bi, and bulgogi. 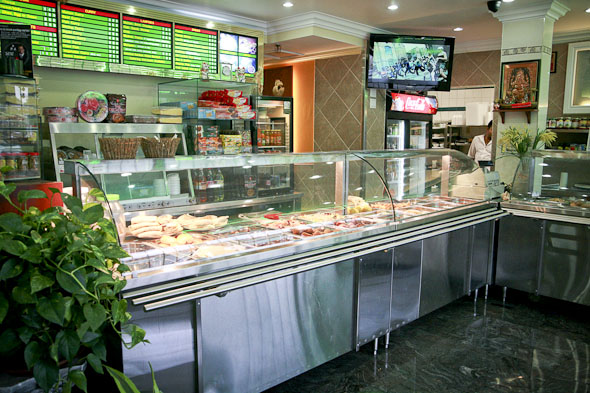 Hopper Hut
In a strip mall just north of Ellesmere, Hopper Hut is a Sri Lankan spot known for its extremely generous portions. Customers at the takeout counter are privy to the latest Bollywood flick played with the sound up over the counter, while they wait for their mutton curry, chicken lampries, or egg, milk, or plain hoppers (basket-like crepes). The back dining room is Bollywood-less, though the food is surely the main attraction. 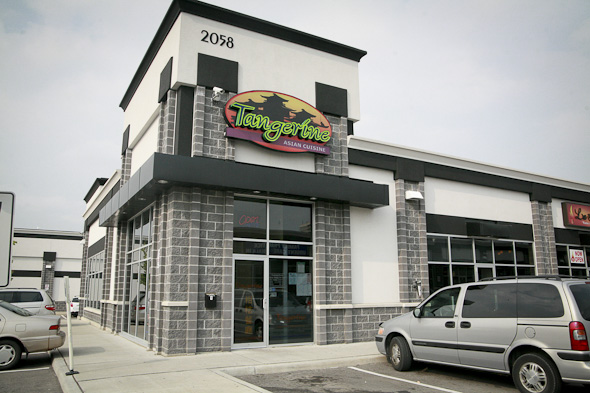 Tangerine Asian Cuisine
Tangerine does Hakka in a more sleek and trendy environment--granted, it still shares a plaza with a Popeye's Chicken. The seafood section of its menu is particularly extensive, and includes dishes such as Bombay tiger prawns, chili calamari, and General TSO fish. Tangerine's head chef is Bombay-born and cooks up daily lunch specials starting at $5.95 including a drink. 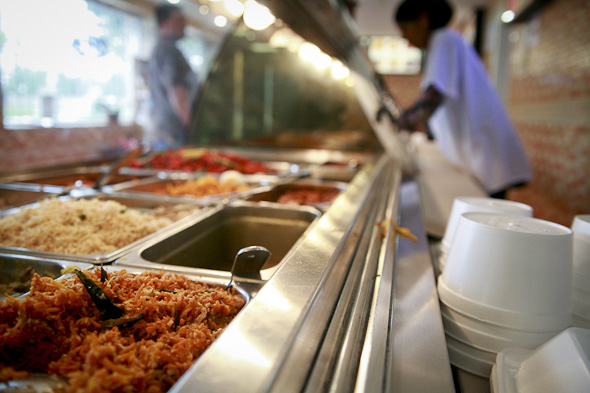 Canbe Foods
Canbe is another spot for Indian cuisine, though from the outside it looks more like a place that prepares boxed lunches. Aesthetics aside, you can count on typical Sri Lankan options for takeout here, including roti, biryani, curry, and sweets. For a quick (and cheap) snack, Canbe also offers samosas at four for $1. 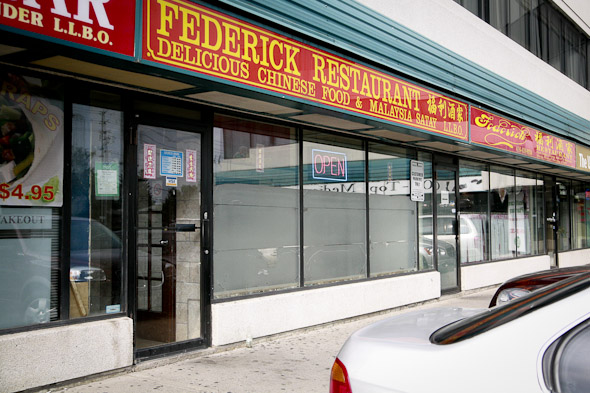 Federick Restaurant
As we have surely learned by now, Ellesmere has more than a couple spots for Hakka cuisine, but Federick claims to be the first in Scarborough. The area landmark has smartly separated its takeout window from the main dining room, so customers don't have to listen to impatient Annie jangle her keys as she waits for her Singapore chow mein. Federick has recently opened a second spot in Markham. 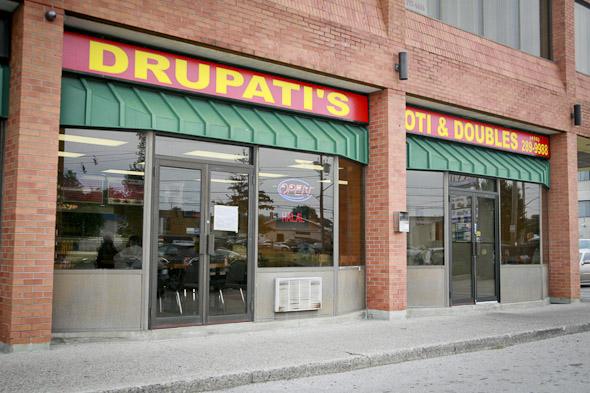 Drupati's Roti
Drupati's is just north of Ellesmere on Bellamy, one of three Drupati's restaurants in the GTA. The obvious choices here are the roti and doubles, though Drupati's menu also includes items such as Aloopie and Pholourie. The space offers lots of seating with two subtly different table sets and a few grocery items waiting by the counter.