In the "starchitect" building frenzy that gripped Toronto a few years ago, Daniel Libeskind was one of the major players. His design for the ROM addition still causes controversy, but the project has definitely created a landmark. That's why, when the Libeskind-designed L Tower condominium was launched in 2006 as part of the revitalization of the Hummingbird Centre (now the Sony Centre), many thought it would be an easy success. However, getting the building up has involved some significant changes, including the amputation of an arts lab and the building's "foot." 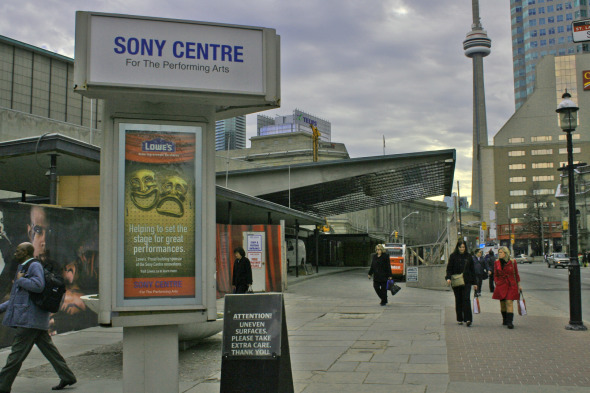 The construction of the building was prompted by a crisis for the Sony Centre. With the loss of its two main tenants - the Canadian Opera Company and the National Ballet of Canada - to the newly created Four Seasons Centre for the Performing Arts, the Sony Center had to find a way to fill its programming schedule and rediscover its reason for existence. Without renovations and a new focus, the historic structure could have faced demolition. To avoid this, Dan Brambilla, the chief executive officer of the Sony Centre, proposed creating a mixed-use building that incorporated an arts lab, the necessary Sony Centre renovations and a tower of luxury apartments to help fund the project. 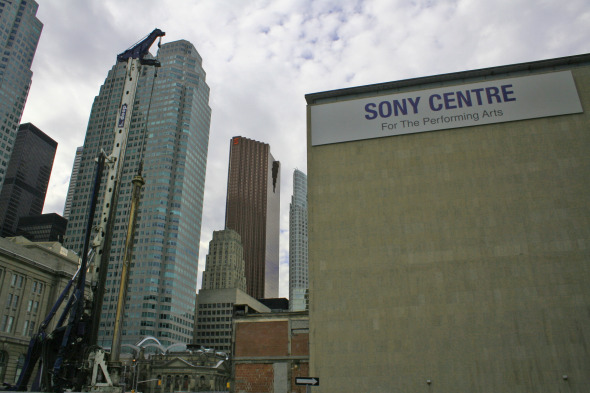 Although some purists like Christopher Hume decry the desecration of the Sony Centre, one of the benefits of the project is that the original structure remains substantially intact. The building was originally built in 1960 and designed by Peter Dickinson. That man's designs, whether you love or hate them, formed much of the architectural identity of Toronto in the mid-fifties. The building itself is now a designated historical site by the city of Toronto. As Hume points out, it may look boring and dated to many people now, but so did nineteenth-century Toronto to mid-century builders who tore much of that heritage down. We shouldn't be so quick to make the same mistakes they made. 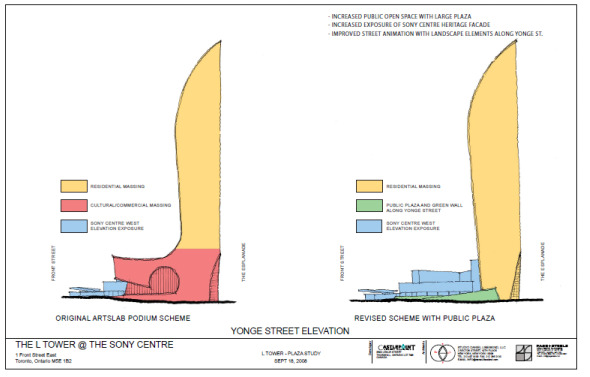 The other aspect of the project which would have been exciting for the city at large was the creation of an "arts lab." As part of its refocus, the Sony Centre plans to rebrand itself as a multicultural performance centre. The arts lab would have contributed to this by providing an interactive multicultural heritage centre (what that would have specifically consisted of is unclear). However, although the city pledged the money for the arts lab, deals with the federal and provincial governments never materialized. With no funding, there was no need for the eight-storey podium of the original tower, and a "foot" was amputated. The plan now is to turn the space into a public plaza. 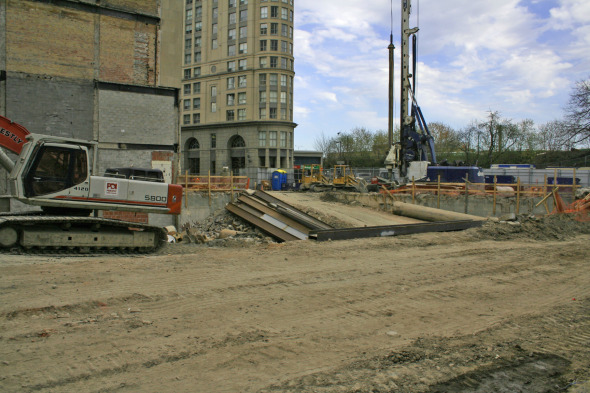 The rest of Libeskind's original design remains relatively intact. Like his ROM addition, the L Tower has plenty of supporters and detractors. It is, after all, a dramatic addition to a more conservative structure. But its position at the foot (no pun intended) of Yonge and Front, and its height - it will be close to the height of the Trump Tower - will mean that, good or bad, it will be an instant landmark when it's completed. 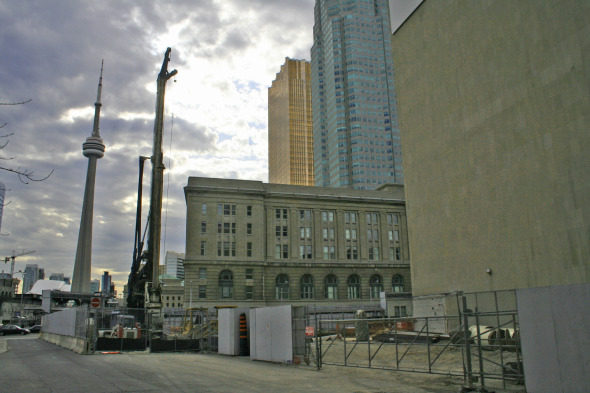 With the funding fallout and foot amputation, construction of the building was supposed to begin in 2008. The recession delayed the project's start another year, and it was only late last year that excavation had begun. However, because this project will not substantially disturb the existing Sony Centre, there are few underground floors to complete. The tower will likely start rising from the foundations later this year. Construction is expected to be completed by 2012.