Squid Game has captivated Toronto fans with games, costumes and candy challenges popping up around the city but now one couple has a wedding photoshoot created around the popular Netflix show.

Fans of the Korean series can go to a Squid Game escape room, try the dalgona candy or play some of the games featured on the show (without getting killed).

The dark theme of the show doesn't immediately seem romantic but for a huge fan, a wedding photoshoot — featuring the games, the masked pink guards and Front Man dressed all in black — it was a dream come true.

Nina Plewa says her husband Patryk Plewa was thrilled when NM Studios approached them with the idea of creating a Squid Game wedding photoshoot.

"He is very obsessed with Squid Game — he is a mega fan," Nina tells blogTO.

Because of lockdowns, the couple's wedding had been postponed twice. They finally decided to elope while on Vancouver Island in July. They had a wedding planned for August but weren't sure if it would be postponed again. 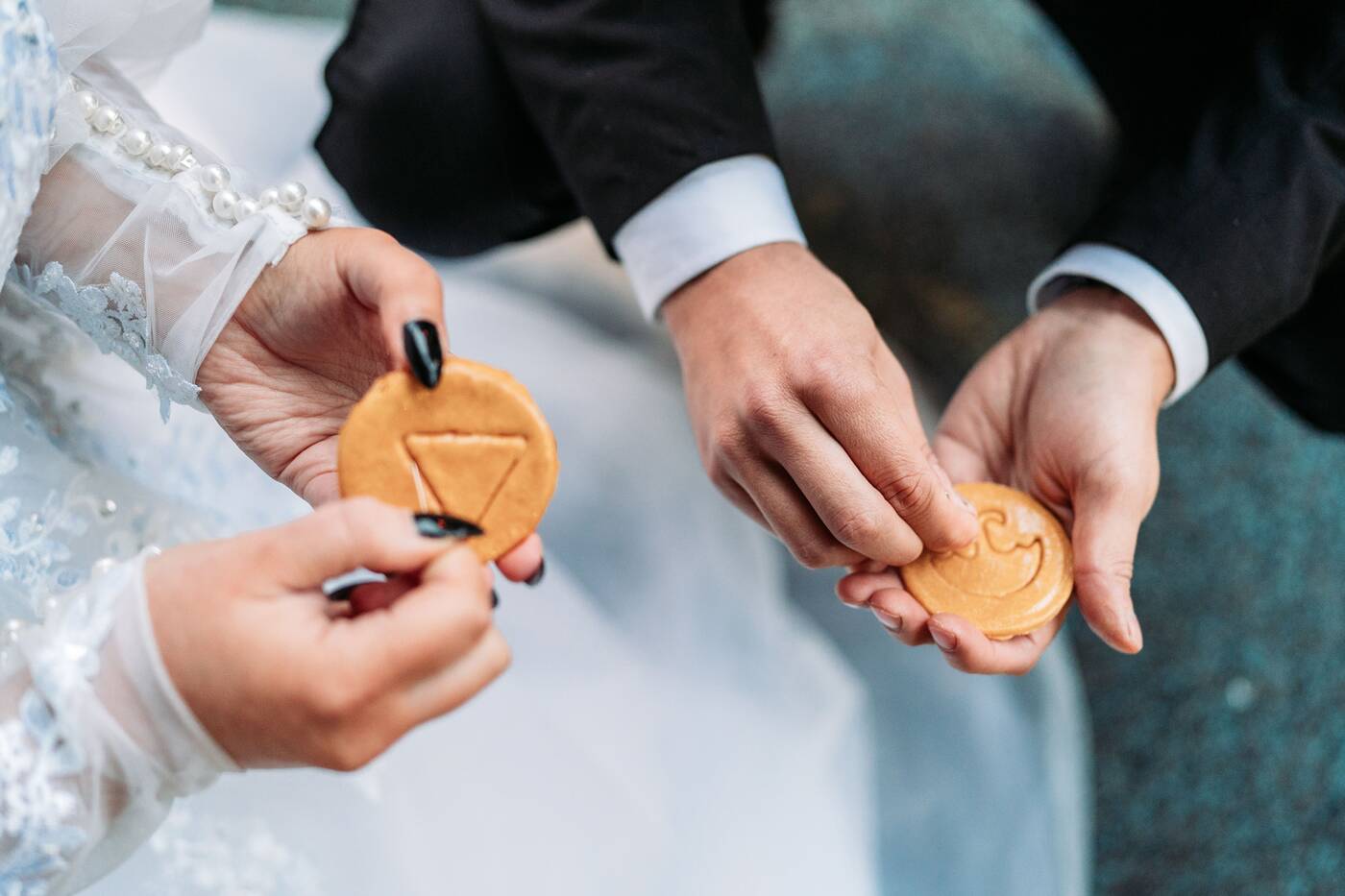 "It was just so stressful and so much, again, uncertainty. We were just like, you know what, let's just elope and have something beautiful for us," she says.

Then their planned church wedding did happen in August. So they had two weddings — and now a wedding photoshoot.

"It was more of like, let's say a gift to my husband for being very cooperative with all of our weddings," she says. "So they (NM Studios) reached out to me and I just thought that was like a perfect little gift." 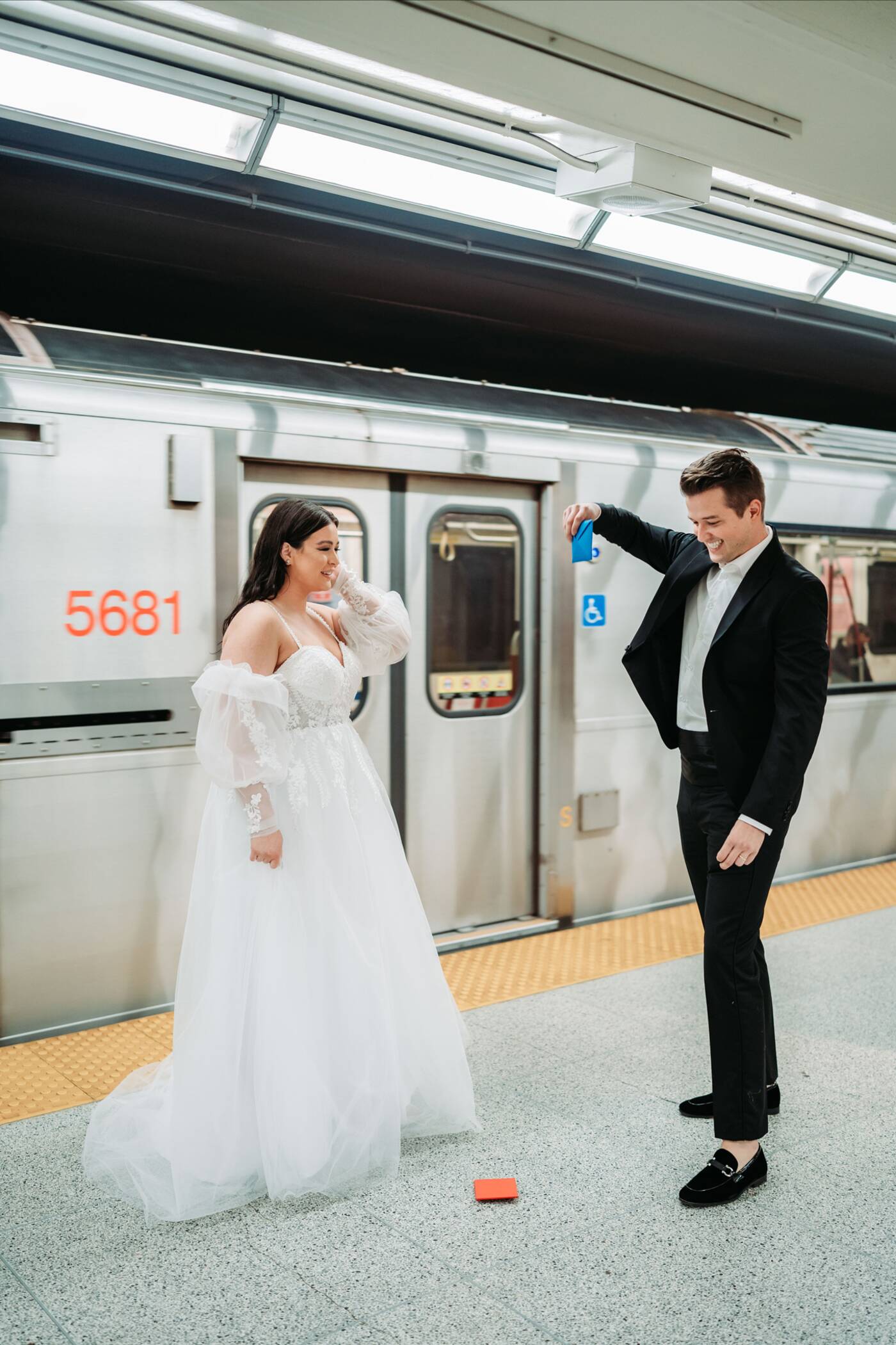 They posed for photos in Museum Station playing the card game.

Nina was finally able to wear a dress for the photoshoot that didn't arrive in time for her wedding.

NM Studios tells blogTO Usmanvisual came with the concept of Squid Game inspired photoshoot. The studios gave the concept a twist with the bridal squid game theme. Jazzyyybeauty did makeup/hairstylist for the photoshoot. 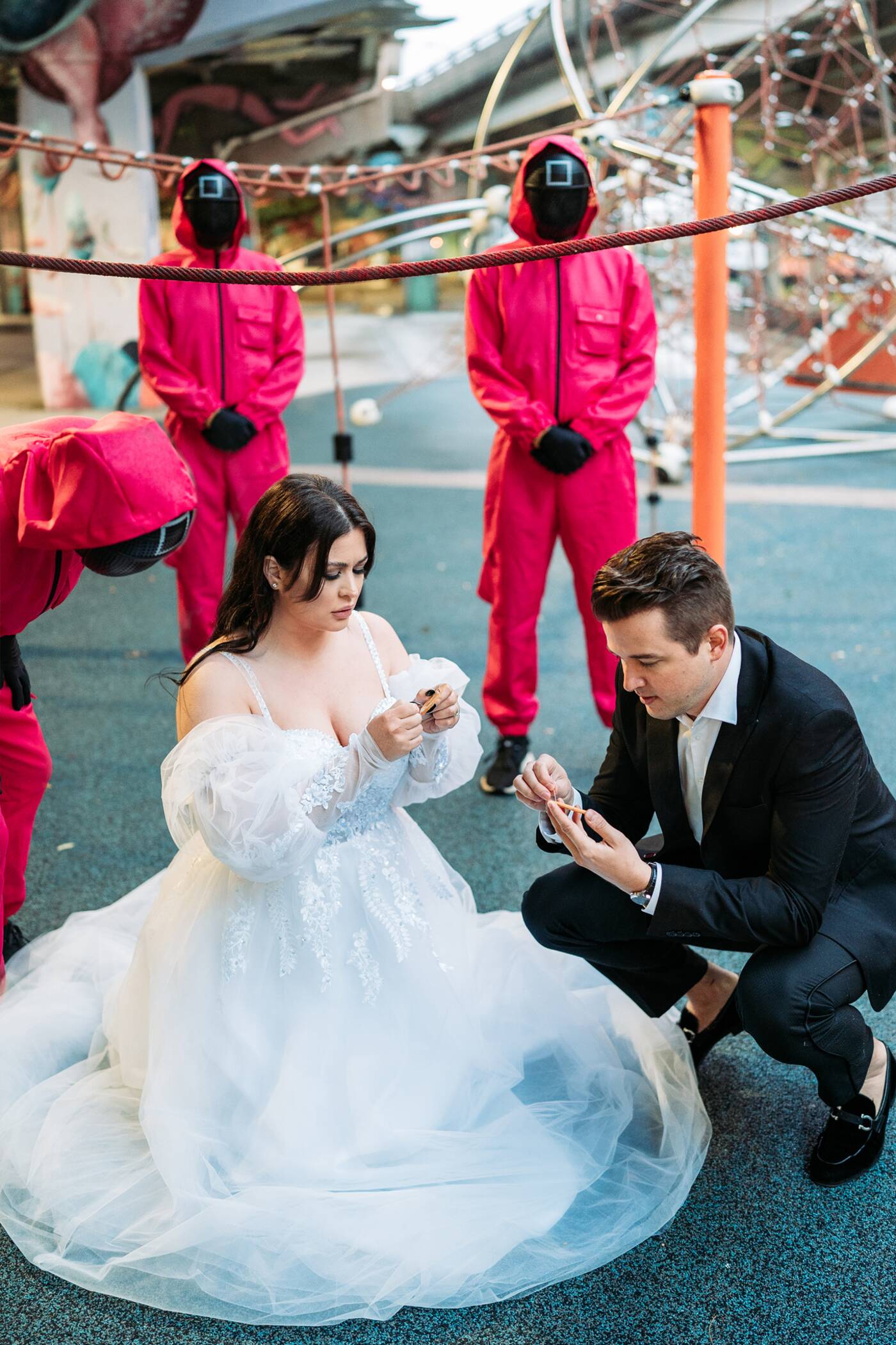 They had one person dressed as the guard and duplicated him for the final photo.

Nina says she has never watched the series, only catching glimpses when Patryk was watching it at home.

"Every time I came into the room, and he was watching it, someone was getting shot in the head," she says. "I was like, okay, I don't get it, I don't know if this is for me."

The photo shoot took about six hours on Monday, Oct. 25 and they went to Knox College, a skateboard park and Museum TTC station for different set-ups. 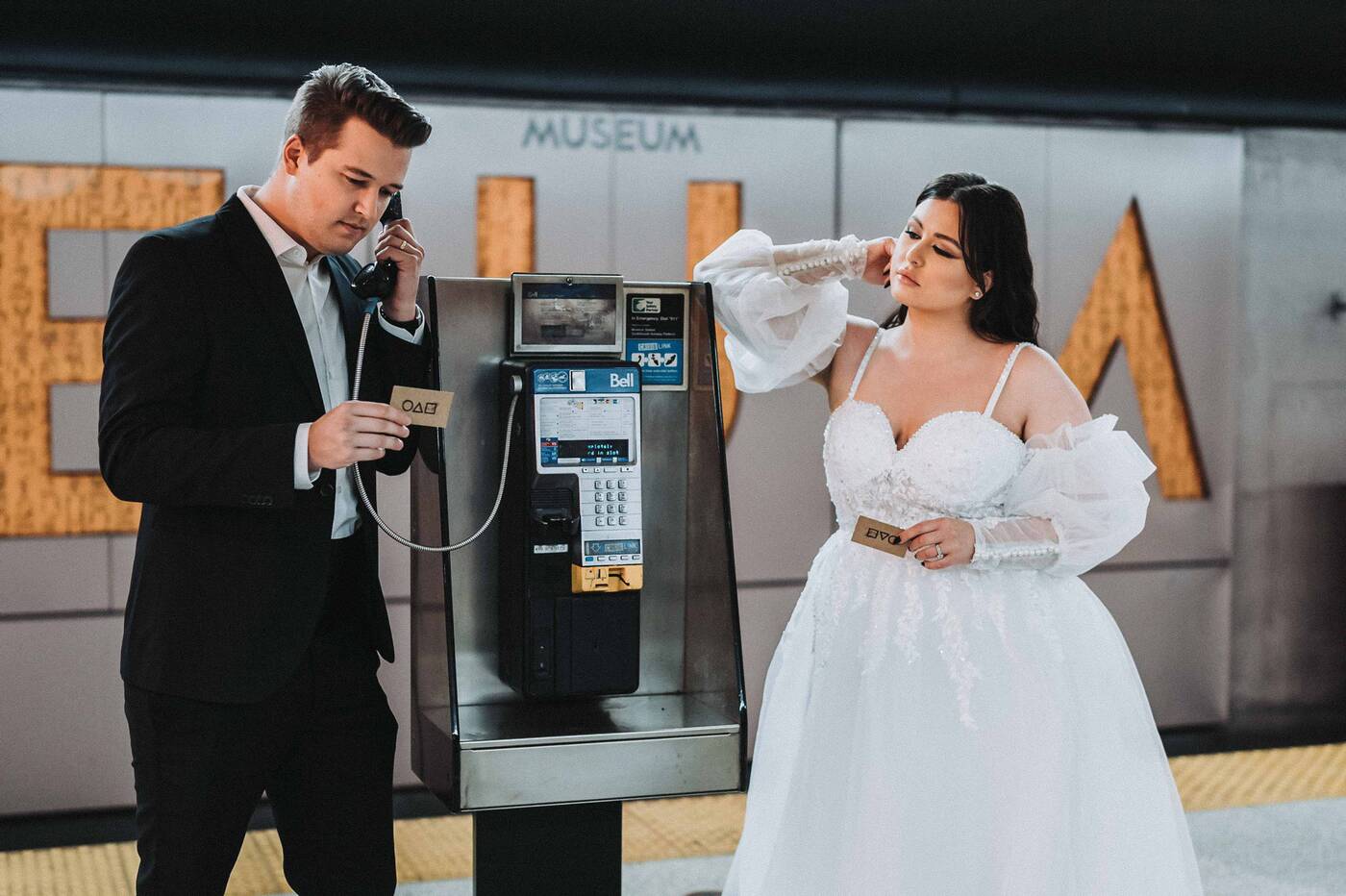 Nina finally got to wear the wedding dress that didn't arrive in time for her wedding.

A man dressed as Front Man was "officiating" a mock ceremony at Knox College and Nina says it was awkward.

"We were doing it in a common area like between two staircases and the college and people were walking by like classes just finished. Everyone was around us taking pictures congratulating us," she says.

But Patryk loves the photos and can't wait to get one blown up for their home.