How to make a Squid Game costume for Halloween in Toronto

Lately it seems like no matter where you go, someone is talking about the hit Netflix show Squid Game, and this year it's sure to be a popular choice for Halloween costumes.

If you want to dress up as your favourite character from the show, look no further: Here's how you can make your own Squid Game costume in Toronto. 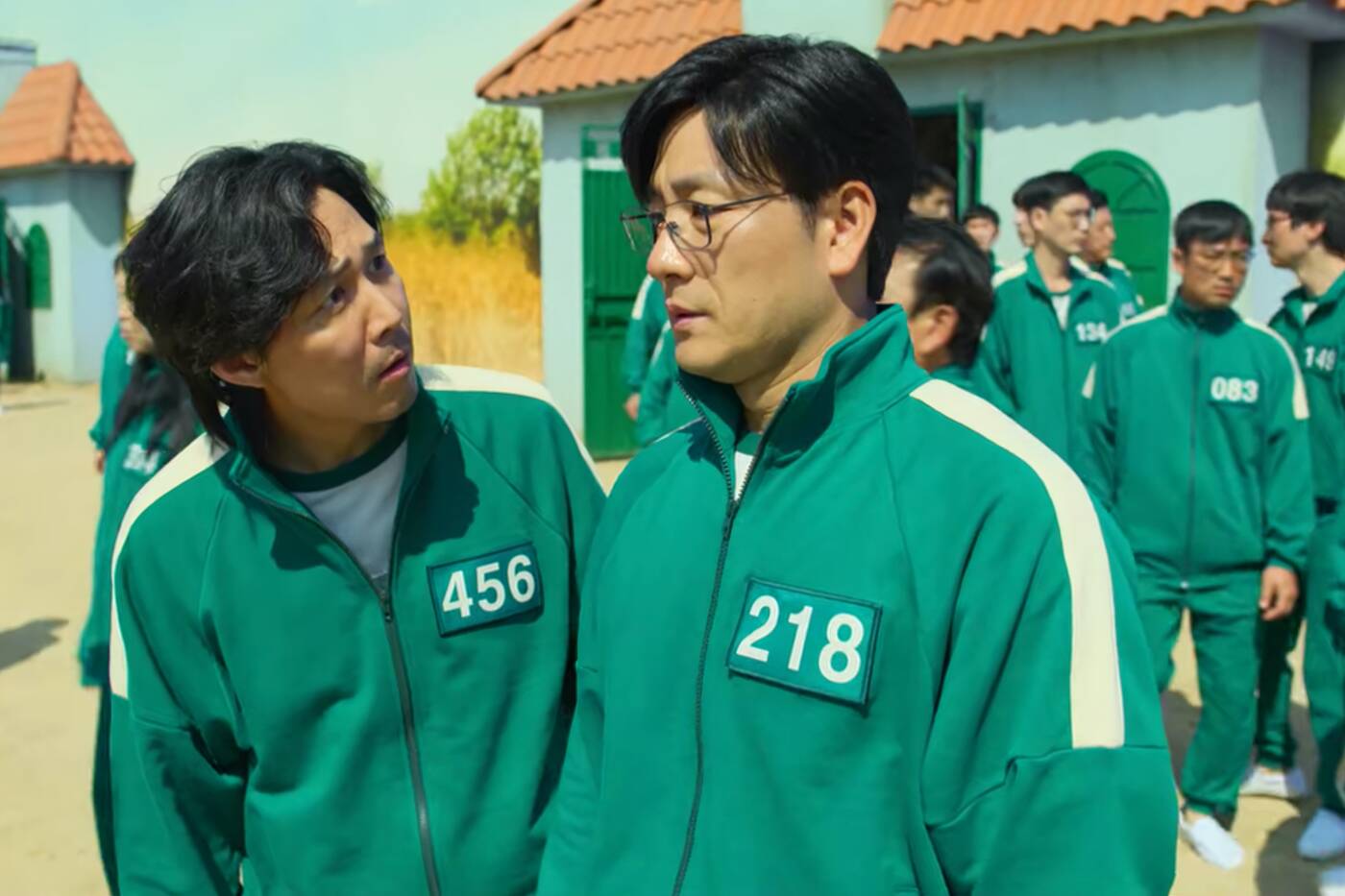 To dress up as one of the game's players, you'll need a green track suit, a Canadian website called The 4th Shop is selling replicas for $31.99, all you have to do is choose one with the number of your favourite character.

If you're looking for another alternative, Gina Anki, the owner of Theatrics Costume House, says you can find similar track suits at any store selling athleisure wear, such as this suit being sold at H&M for $39.00 each. You can find the numbers at Fabricland or any other textile store, to sew on for yourself.

To add the stripes onto your jump suit, duck tape or white ribbon will do.

Don't forget to add some fake blood, or other makeup to create cuts and gashes on your face to look as if you've just left the Squid Game field. 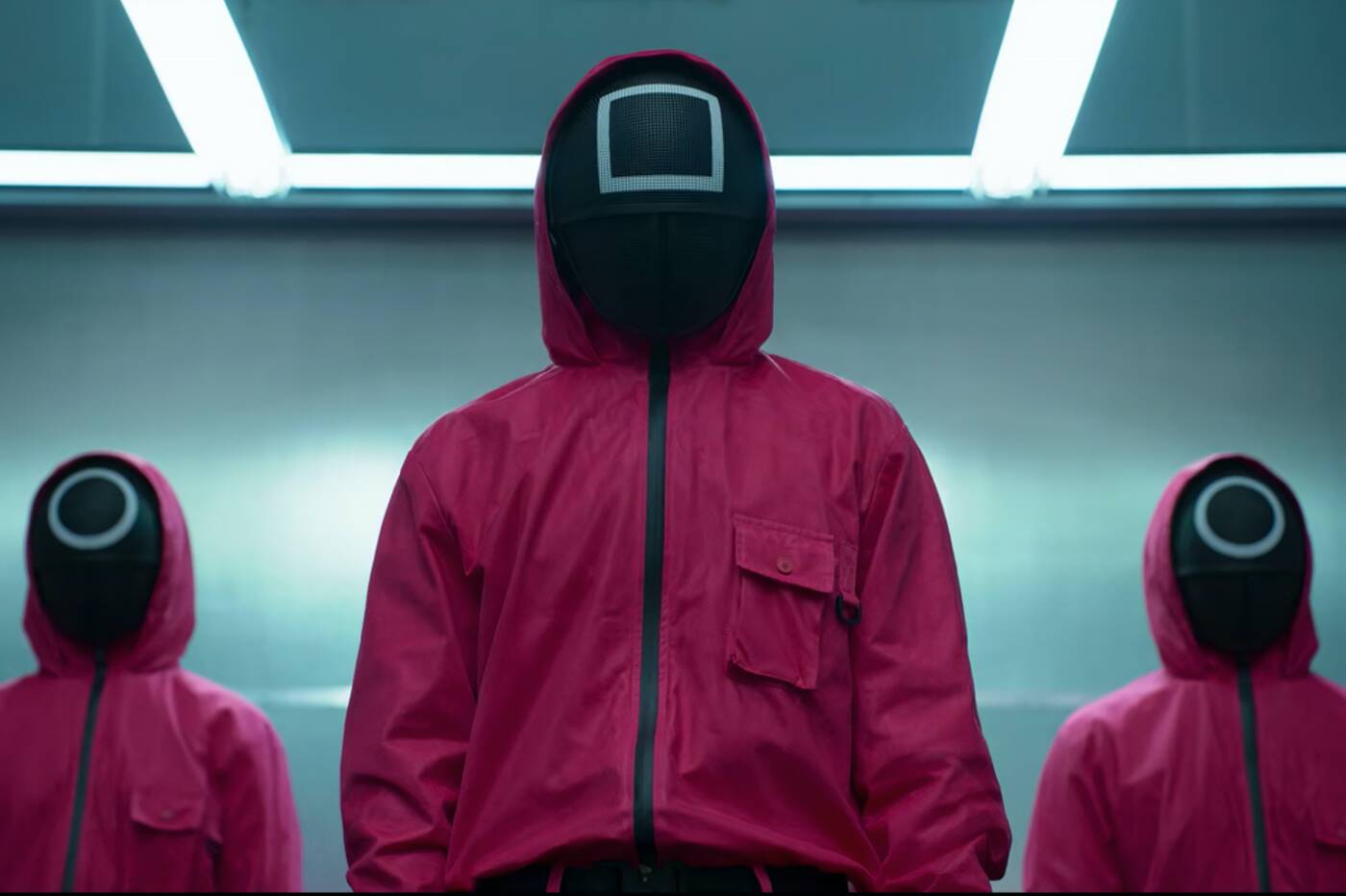 The Guards lined up during their first scene in Squid Game. Photo by: Netflix Canada

For a guard costume, Party City locations are selling red jump suits from the Netflix show Money Heist for $49.99, they look very similar to what the guards wear in Squid Game.

Anki, an expert in costume design, says the black belt and harnesses on the red jump suit are particularly unique for the guard costume. She suggests using straps from an old backpack to attach on to the suit, using a sewing machine, and placing them across the suit like you see in the show.

Party City told blogTO that you can buy a plain black mask in-store and draw or use tape to create the circle, square or triangle symbols on the mask. To complete the costume, you can buy a pair of black disposable gloves and wear any plain black shoes. 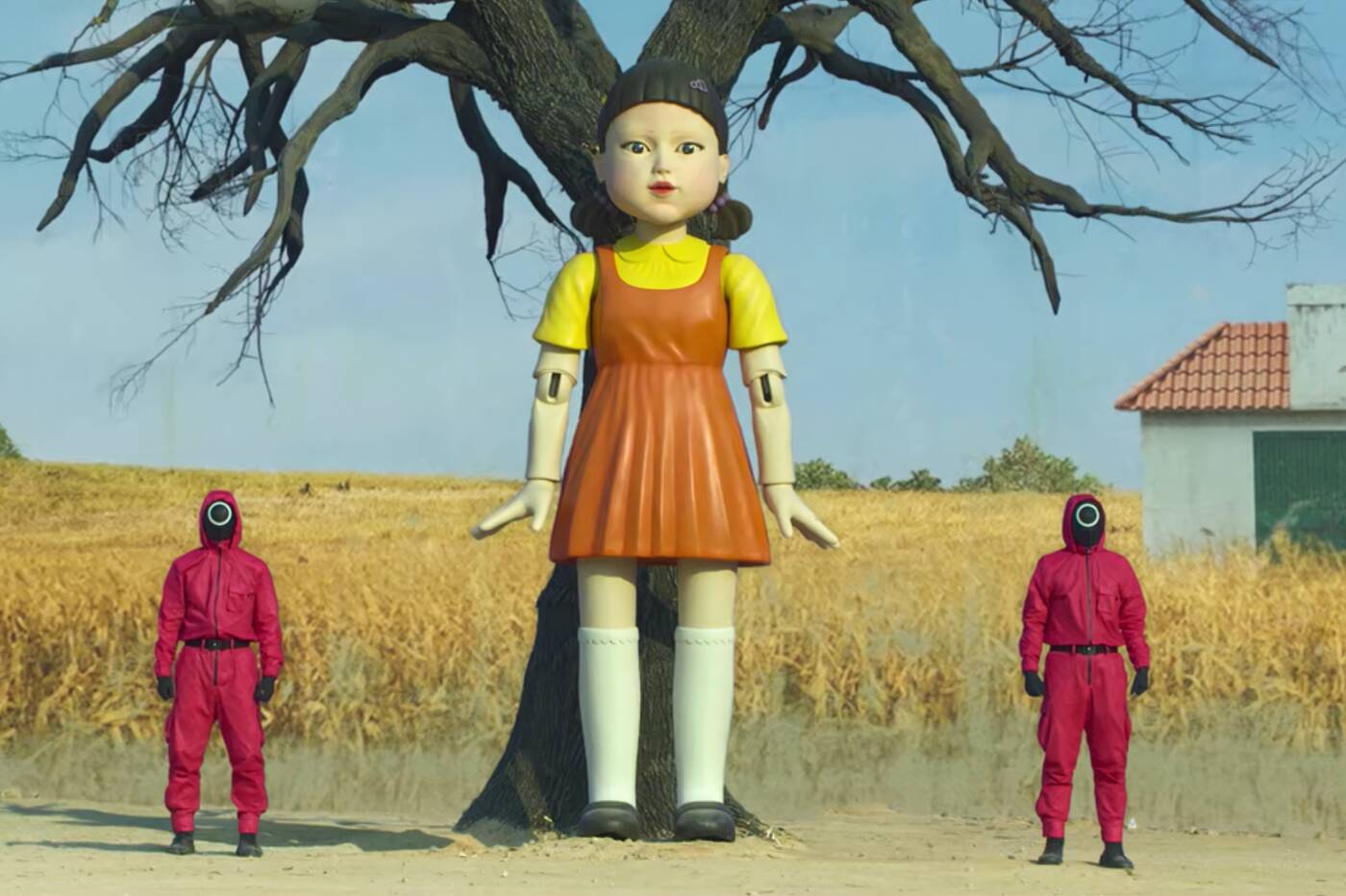 The Red Light, Green Light Doll as shown before one of the first sessions in Squid Game. Photo by: Netflix Canada

You may have to head to a thrift store to create the costume for The Red Light, Green Light Doll. Anki says the orange dress and yellow shirt can be easily imitated from any secondhand clothing store, like Value Village or Salvation Army.

For the face, Anki suggests buying a plain white mask from the dollar store and using paint to create the doll expression on it. If you don't feel like wearing a mask, stage makeup that looks similar to a doll will work too. Walmart or Amazon is your go-to for any generic pair of white stockings that's affordable.

The two pigtails on the doll can be made using a brown straight hair wig, or if you have similar hair, just style it into the pig tails and use a similar purple clip/hair ties. 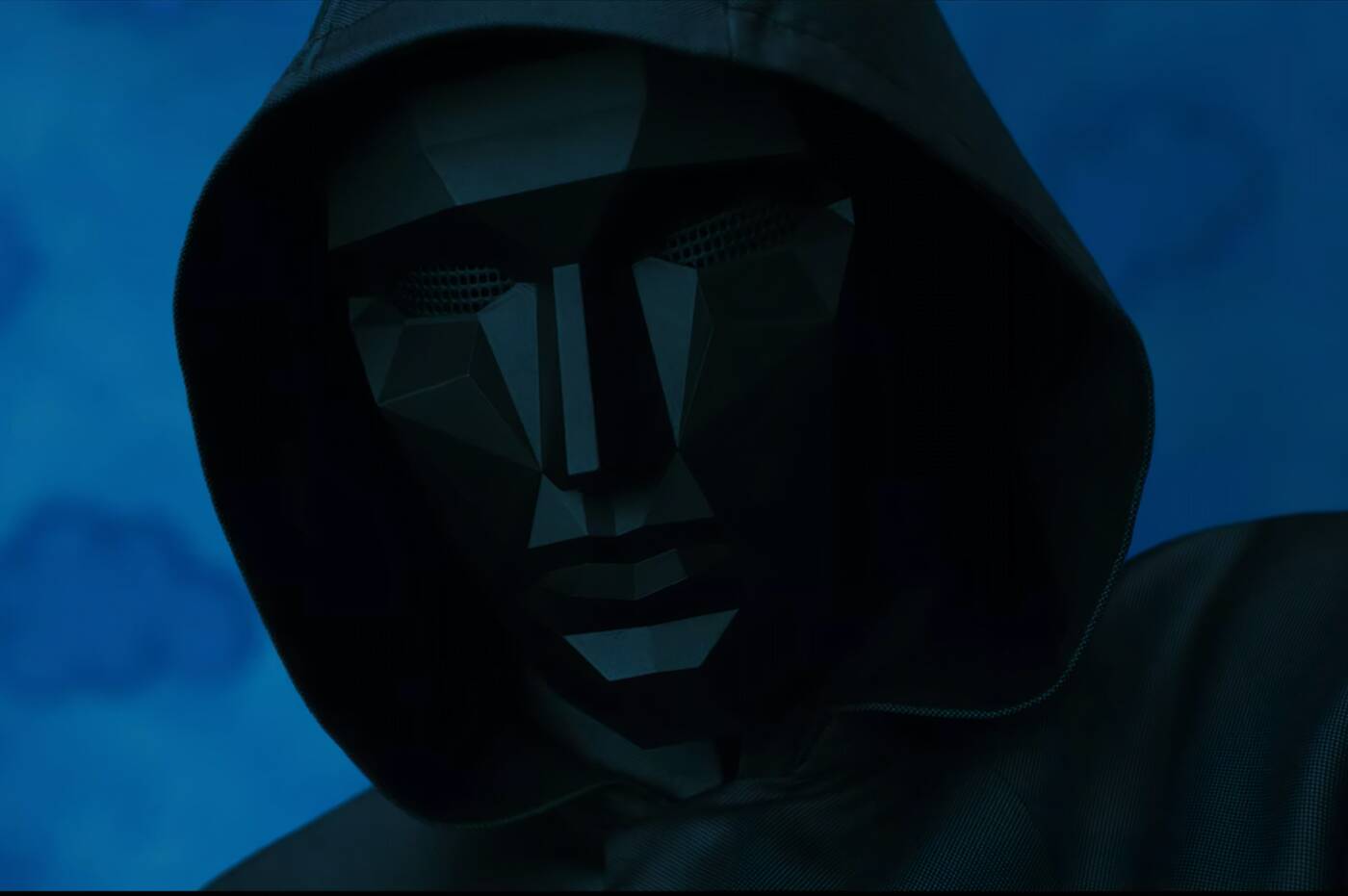 The Front Man from Squid Game who oversees the survival competition. Photo by: Netflix Canada

You'll need a little creativity for the Front Man costume. Anki says you can start with an old rain jacket with a hood and spray paint it black. Throw on a pair of black boots and any type of black leather gloves, and you're set for the clothing part of the costume.

The mask is what's unique here, Anki says you can paint the geometric design, using black, onto a plain Vendetta mask, that can be found at Party City, or the dollar store, as well.

Whatever character you end up choosing, you still have a few weeks to get creative with your Squid Game costume in time for Halloween.