One of Canada's ultra-low-cost carriers is making flights even cheaper this week with a huge sale that will get you trips out of Toronto to certain destinations for around $100.

Swoop, known for offering flights from YYZ to other Canadian cities for less than $60 and popular spots in the U.S. for less than $100, is offering an end-of-summer deal that will get you to sunny destinations like Orlando for as cheap as $99, Cancun for as low as $129, and Montego Bay for $189.

Prices may vary and can actually be a few bucks cheaper when a date is selected and discout code applied due to information caching intervals. At the time of publication, a one-way to Cancun, for example, was $121 on certain dates and Montego Bay, $167.50.

You can also save on a bunch of flights within North America, if you're in the mood for more fun than sun: get to U.S. cities like Nashville for under $99 and Vegas for less than $110, all in.

The deal is 30 per cent off all one-way base fares from Toronto to any destination Swoop services in Mexico, the Caribbean or the U.S. using the code SAVENOW. 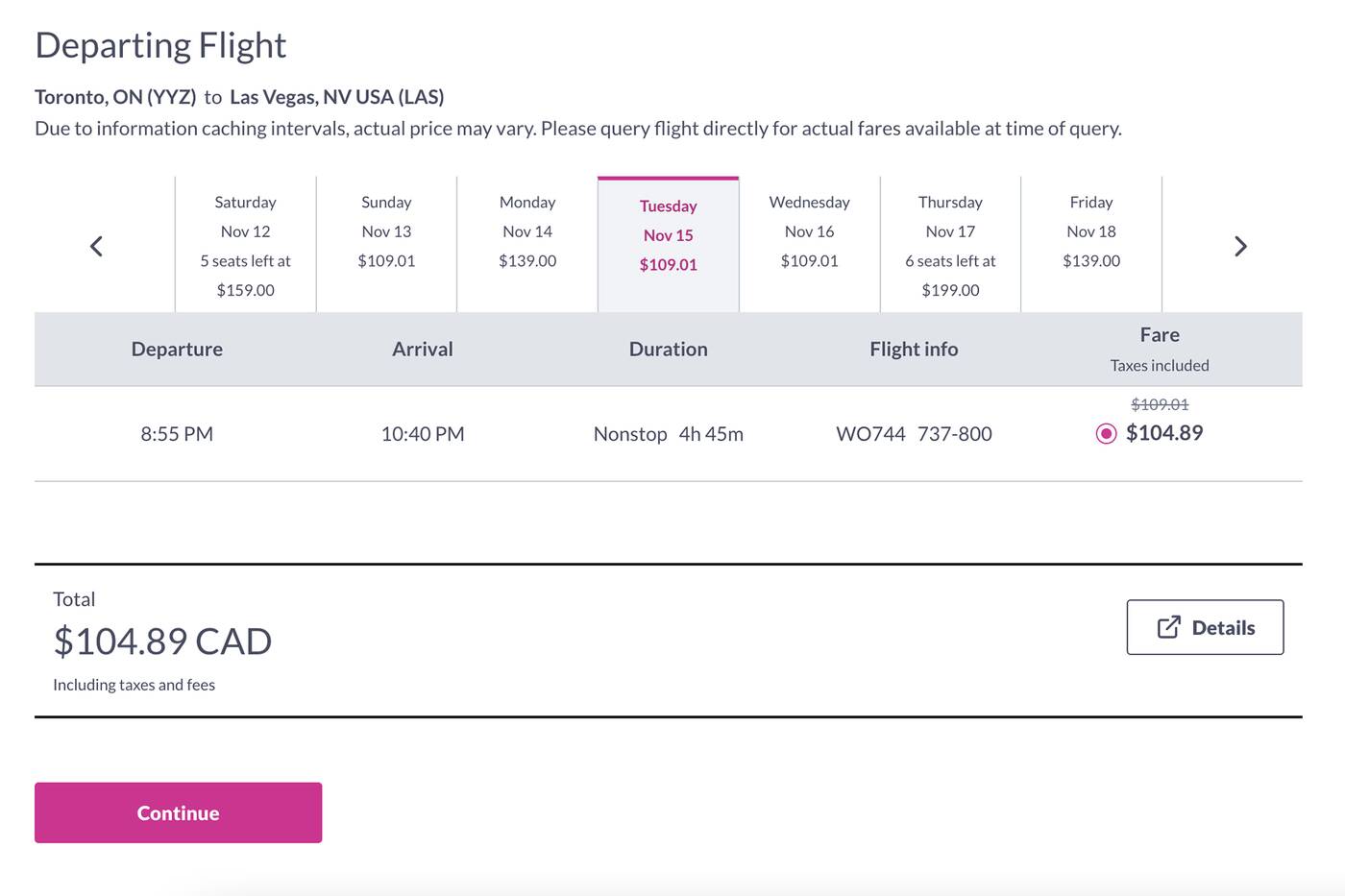 The price can be even lower than advertised after the discount is applied. Via the booking tool on Swoop's website.

Also, you'll want to have a flexible schedule to get the best deal, as, of course, some dates within the window are cheaper than others. And then there's the flight home to consider, too.