Excitement rides high as the Toronto Blue Jays are on the verge of clinching a playoff berth, and while tickets for the postseason officially went on sale on Wednesday morning, a pair of lucky fans attempted to skip the line by guessing the presale code for ticket access.

And they guessed correctly.

Blue Jays fan Matt J. tells blogTO that, on Tuesday, "I bought post-season tickets to 3 Jays games during the presale because a co-worker guessed the presale code."

"The presale code was an easy guess — NEXTLEVEL — which their social media accounts constantly hashtag, and it's plastered everywhere in their marketing materials," says the fan.

Unfortunately for Matt and his colleague, on Wednesday morning the pair received "three emails saying the tickets were cancelled — I assume so they can get scooped up by bots and re-sold at a markup so Ticketmaster/Rogers can double-dip on the fees?" 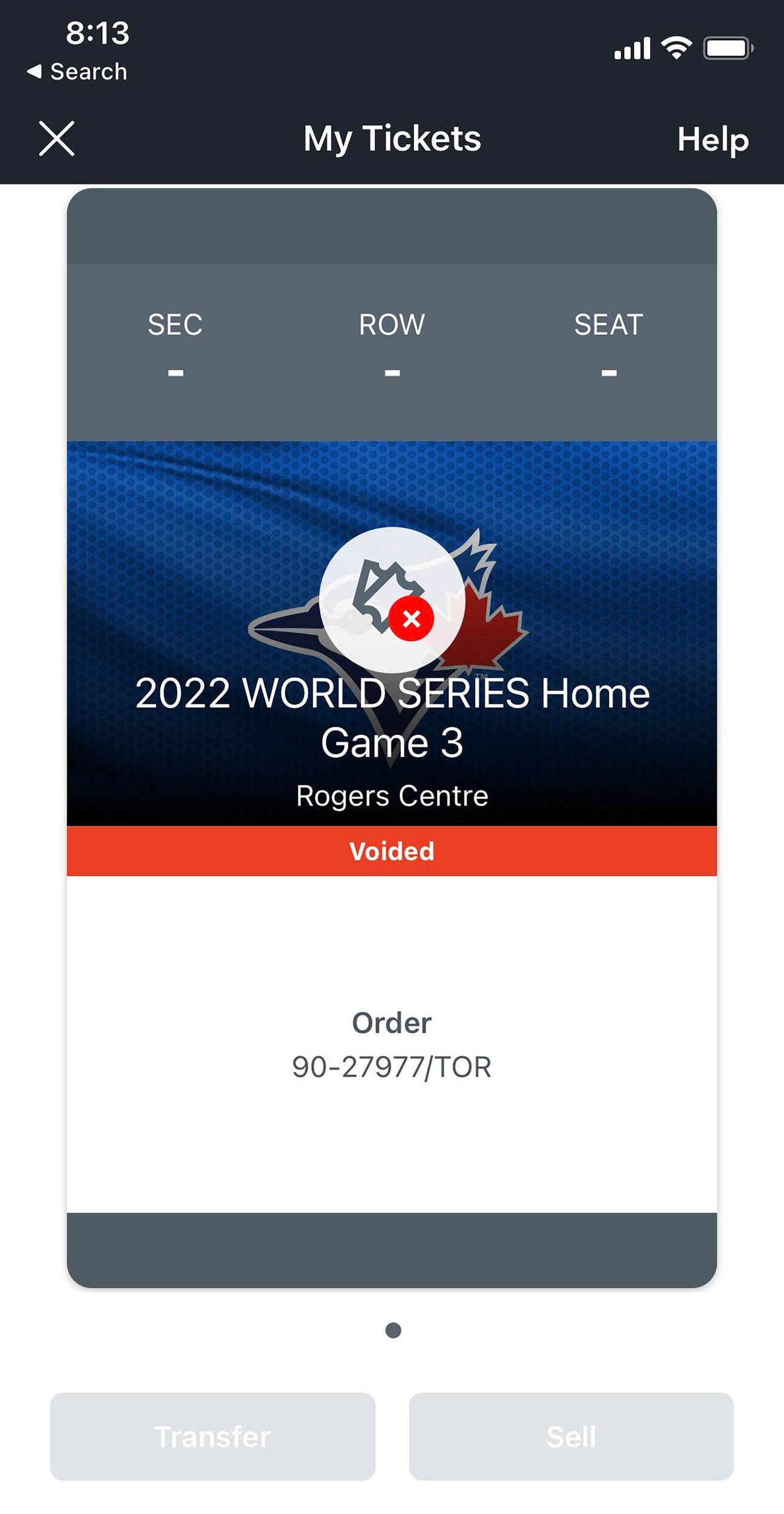 Matt shared screenshots of the emails in question, which state that his "tickets were purchased using a presale password that you are not eligible for and that was distributed without Toronto Blue Jays consent. As such, your tickets have been cancelled and your card has been refunded in full."

The fan was instructed to "please come back when tickets go on sale to the general public. Onsale starts: Wednesday, September 28th at 10:00 a.m."

A representative for the team tells blogTO that "the Toronto Blue Jays work hard to ensure our fans have access to tickets, especially for high demand games."

"An internal postseason presale, intended for a small group, was unfortunately made publicly available, and tickets purchased invalidly were refunded to provide sufficient inventory for Blue Jays fans during the general public on sale."

"We apologize for any inconvenience this caused our fans, and encourage them to purchase Blue Jays postseason tickets beginning Wednesday, Sept. 28 at 10 a.m. ET."