Hugging the banks of the Don River in the Don Mills area of North York, an essential bit of Toronto heritage can be found in a rather unlikely location.

What seems like a typical golf course in Toronto's inner suburbs actually holds a surprising secret, hiding one of the city's oldest surviving buildings in plain sight.

Generations before carts full of polo-shirted golfers plied the network of paths linking the 18 holes of the Donalda Club, the land was still far removed from the city.

The Gray family of Paisley, Scotland, settled the area for agricultural purposes starting in 1816, eventually acquiring grants of over 1,000 acres between the six brothers.

Among the collection of early 19th-century structures built by the brothers was a grist mill, one of the many water-powered buildings that contributed to the area gaining the name of Don Mills.

There are conflicting reports about when this grist mill was constructed, with estimates ranging from as early as 1819 to as late as 1828.

If the former date was indeed when it was built, the Gray Grist Mill would stand as the 13th-oldest surviving building in all of Toronto. Though few passing the big barn by the club's sixth tee are aware of its origins. 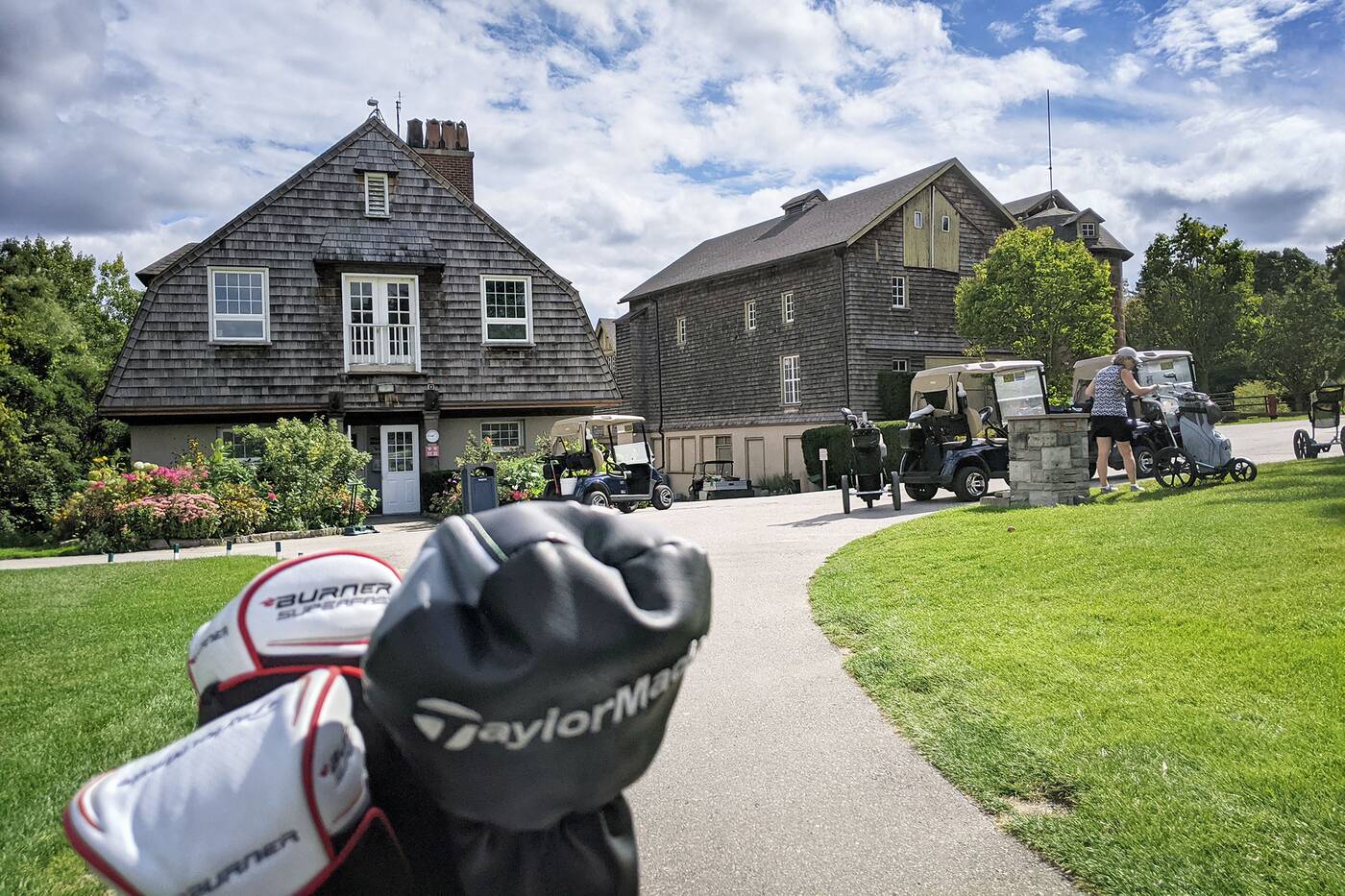 The barn/grist mill structure at the right has stood since the early 19th century, and is now used as storage for the golf club. Photo by Zach Finn.

The heart of the Gray property was part of 600 acres purchased by wealthy mining executive David Dunlap in 1916, who called it Donalda after his wife's middle name, and not the nearby river.

The Gray Grist Mill remained a fixture on the land. Dunlap would construct dozens of new buildings on the surrounding land, the property sprawling to 1800 acres — including rented acreage — within just a few years of establishment.

Dunlap passed away in 1924, and the farm was bequeathed to his immediate family. The Donalda Farm remained agricultural land into the mid-20th century when postwar urban sprawl swallowed up the surrounding area.

The farmlands were reimagined into the Donalda Club, opening to golfers in 1960, and centred around the majestic Donalda Farmhouse as its clubhouse setting. The Gray Grist Mill has also lived on, though with much less fanfare.

What could now be an over two-century-old building has been relegated to little more than a storage shack housing golf equipment, and few golfers passing briskly on their carts have any idea of the building's historical significance.

The website for the club recognizes the site's rich heritage, though the finer details of the grist mill and its history are buried a bit deeper.

Instead, the club puts much of the focus on the converted farmhouse with the statement, "Donalda retains a connection to the owners of the original property, and the farmhouse is an important part of the club to this day."