Justin and Hailey Bieber may no longer be quarantining in Ontario like they were at the start of the pandemic, but at least they're still cheering on Toronto's hockey team from south of the border.

The singer, who was born in Stratford, Ont., has long been a loyal Leafs fan, and it seems he's turned his wife into one too.

In a series of Instagram stories, both celebrities shared footage of Wednesday night's game in Toronto against the Montreal Canadiens.

In the first of three stories, Justin posted a video of the game playing on his television with the words "Cmon boyzzz" and his new song Anyone playing in the backround.

In the next story, the pop star shared another clip of the game, writing "LESGOOOO" and playing the Leafs' goal song, You Make My Dreams (Come True) by Hall & Oats. 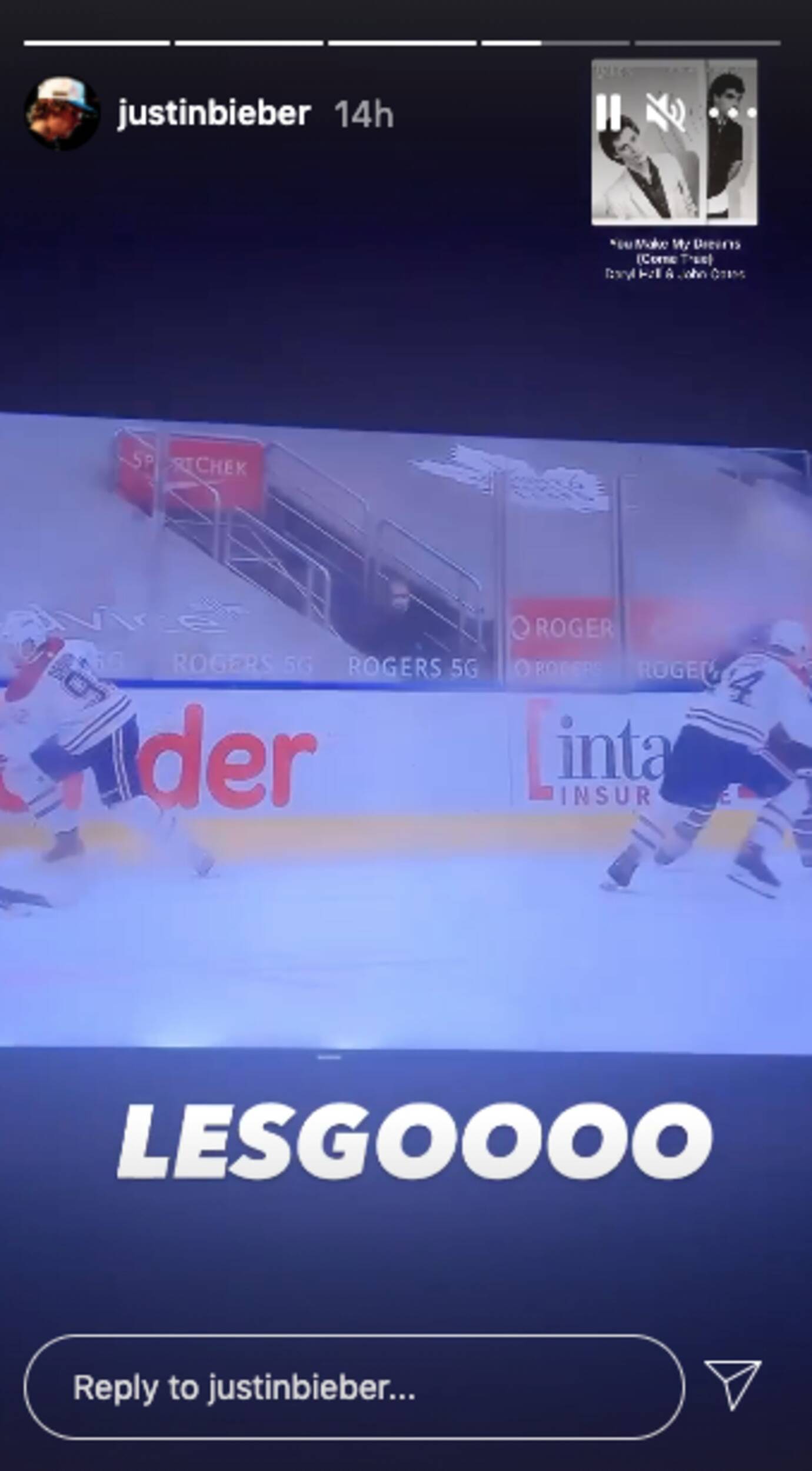 And Hailey posted a video of the game, too, sharing a short clip during the first period and writing the word "LEAFS" on the screen. 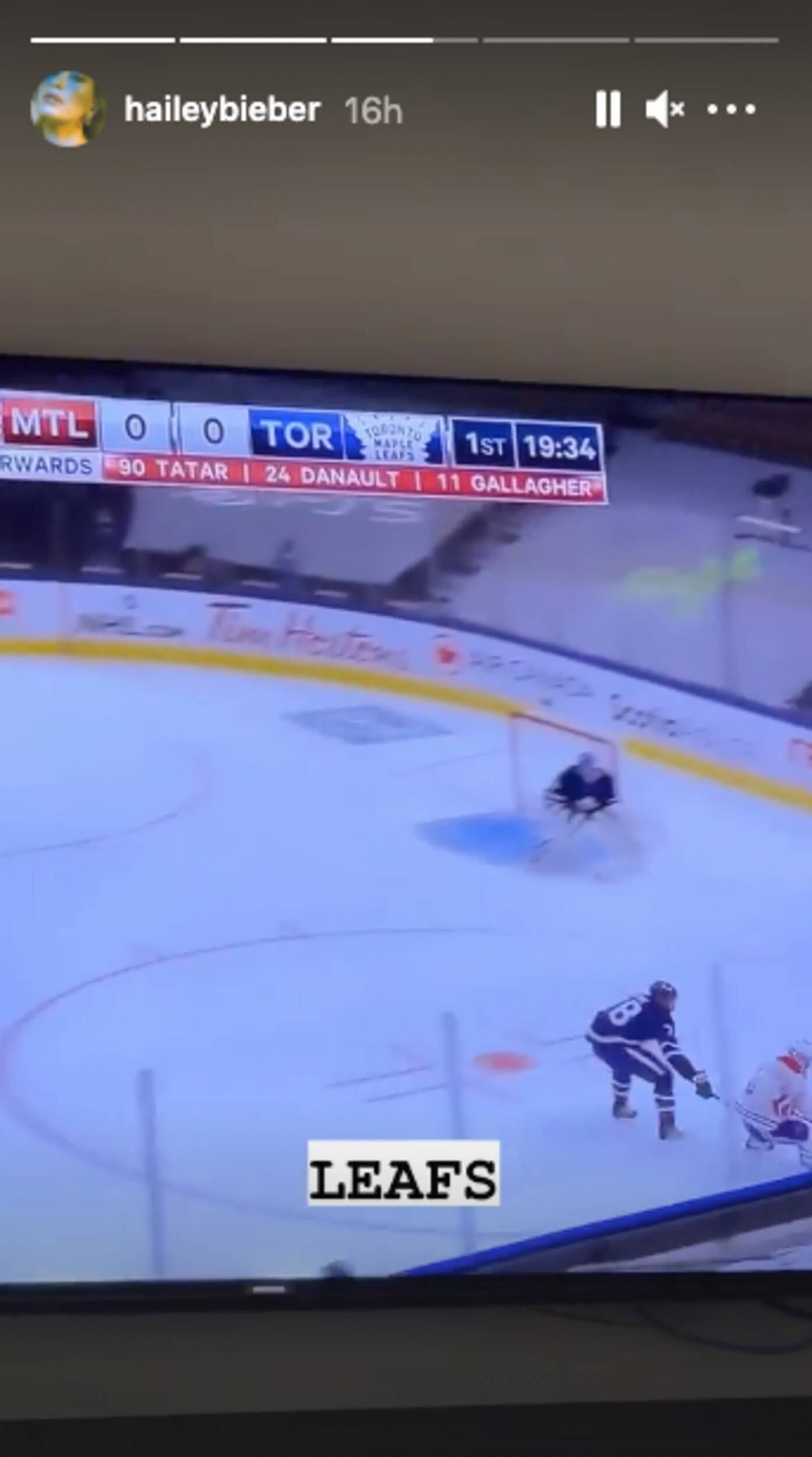 This is far from the first time the Biebers have publicly shown their support for the team, with Hailey even sporting a Leafs hat while out on the town less than a year ago.

Justin is also known to be quite friendly with the members of the team — Auston Matthews in particular — and he's not too shabby of a player himself, either.

The Leafs recently released their full broadcast schedule for the 2021 season, and they're set to play just six other Canadian teams, nine or 10 times each, in the first all-Canadian division in NHL history thanks to Canada/U.S. border closures.

Their next game is Friday night at 7 p.m. against the Ottawa Senators, and it's likely that their biggest fans, the Biebers, will once again be tuning in.