Bieber played with the Toronto Maple Leafs and Drake is jealous

If you're an international celebrity back home in the GTA for the holidays, what do you do with your off time?

Apparently, you casually play a bit of shinny with a few players from the Toronto Maple Leafs — at least, you do if you're Justin Bieber.

A selfie of Biebs decked out in hockey gear — complete with a Maple Leafs Jersey — and flanked by Leafs players Auston Matthews, Mitch Marner and Tyson Barrie has been making its rounds on social media since yesterday, when the group took to the ice to play a bit of Canada's favourite sport.

Bieber even brought along his little brother, Jaxon, and some old childhood hockey friends.

One person who was notably missing from the hangout — and notably upset about not getting an invite — was Drake.

Though it's unclear how deep Drizzy and Justin's friendship goes, the rapper took the time to impose a childhood photo of himself into the group selfie and post it on his Instagram story, tagging both Biebs and Matthews.

"Good shoot around with the boys," Drake's hilarious post reads. "Shout out to all the puck bunnies that came to watch greatness."

He also commented on one of Justin's pictures from the day, saying "Wow this guy didn't invite me eh." 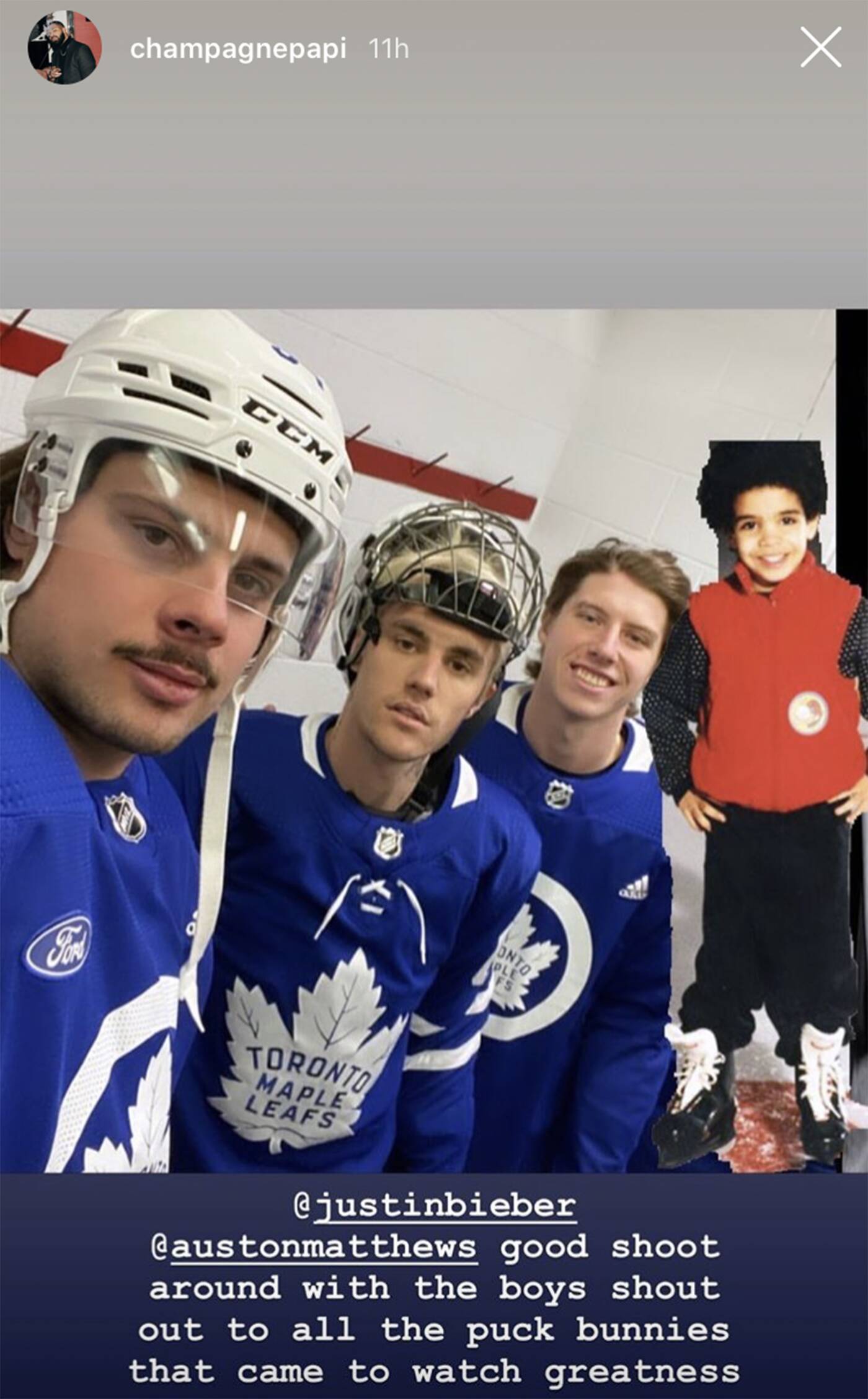 The photos come just a few months after Bieber was spotted having what looked like the time of his life in the crowd at a Leafs game against the San Jose Sharks in Toronto.

Drake, too, has shown himself to be quite a Leafs fan in the past.

Whether he was actually a bit jealous of the get together or just trolling, we may never know. Maybe Bieber can extend an invite to the Toronto date of his upcoming tour as consolation.