Sugar Beach is the perfect waterfront hangout in Toronto

Sugar Beach in Toronto is where you go to sit under pink umbrellas and take a minute to enjoy what is possibly the cutest patch of sand in the city.

An urban beach by all definitions, Sugar Beach is certainly a contrast to the highly industrious area that surrounds it. 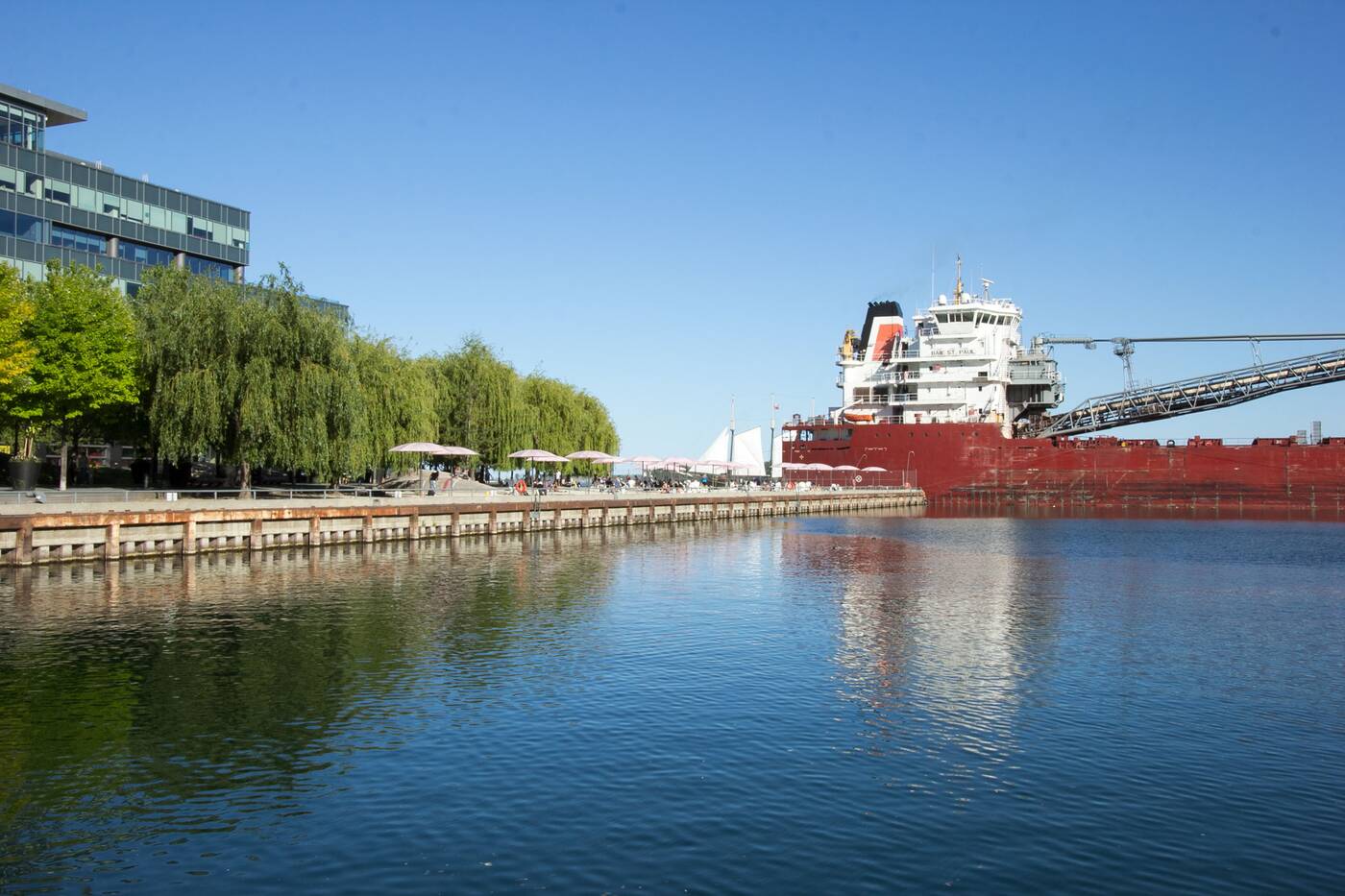 Sugar Beach is located off of Queens Quay and Lower Jarvis Street.

Located directly across from the Redpath Sugar Refinery, this manmade patch of sand used to be a parking lot for the Jarvis Street Slip, and usually has a jarringly massive sugar freighter ship docked in its harbour.

While it wasn't as common a sight when Sugar Beach first opened in 2010, these ships have now become somewhat of a visual fixture — so if you're looking for a nice lake view, you likely won't get it. 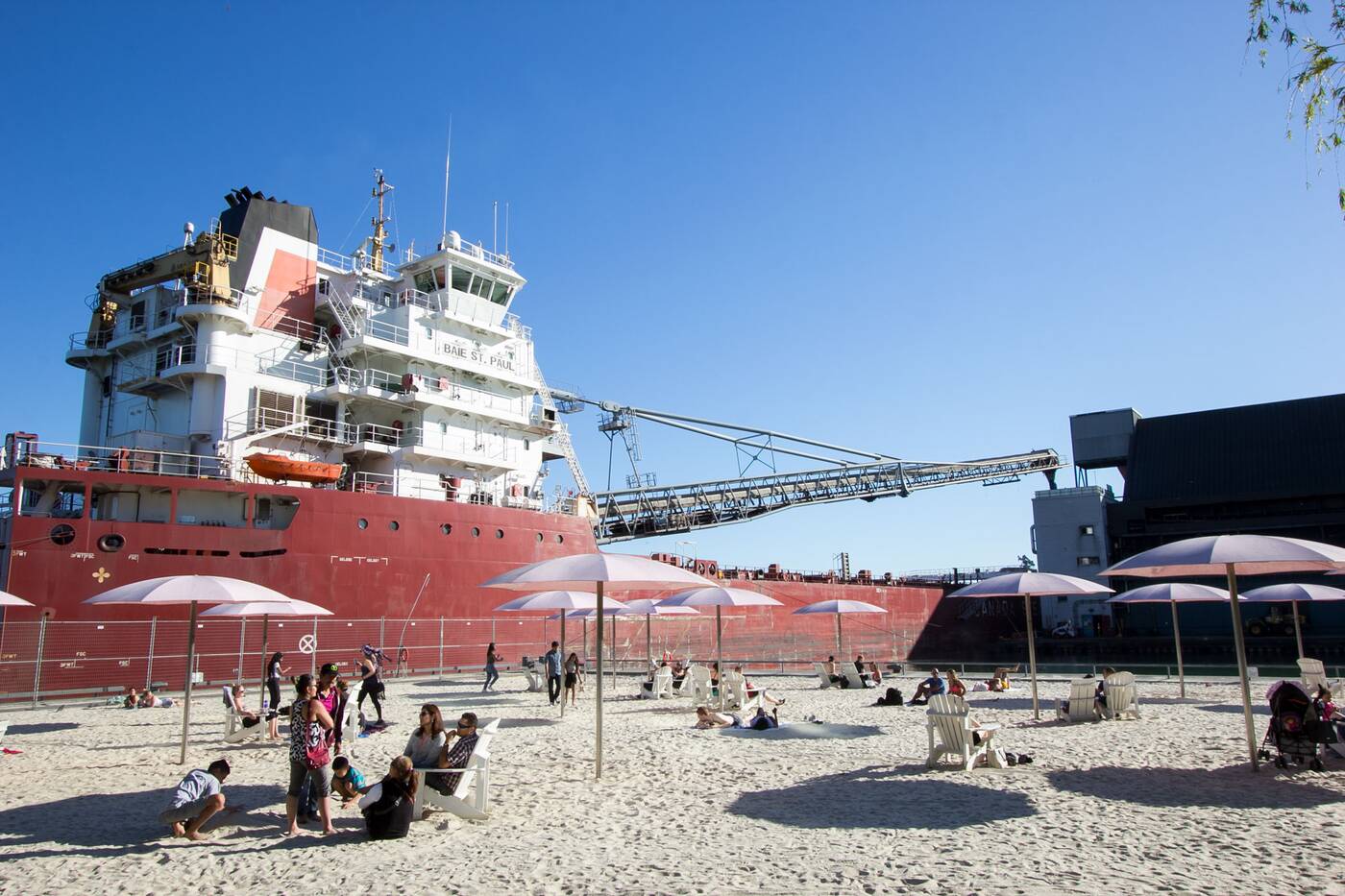 A giant freighter ship usually sits in the harbour right next to the beach.

While the freighters may bother some, other sunbathers will appreciate the unique relaxation that can be achieved despite the ruggedness of the area.

Also, everyone knows the real attraction here is not really the stunning lake vista: you can get better, unobstructed views from nearby HTO or Cherry Beach. 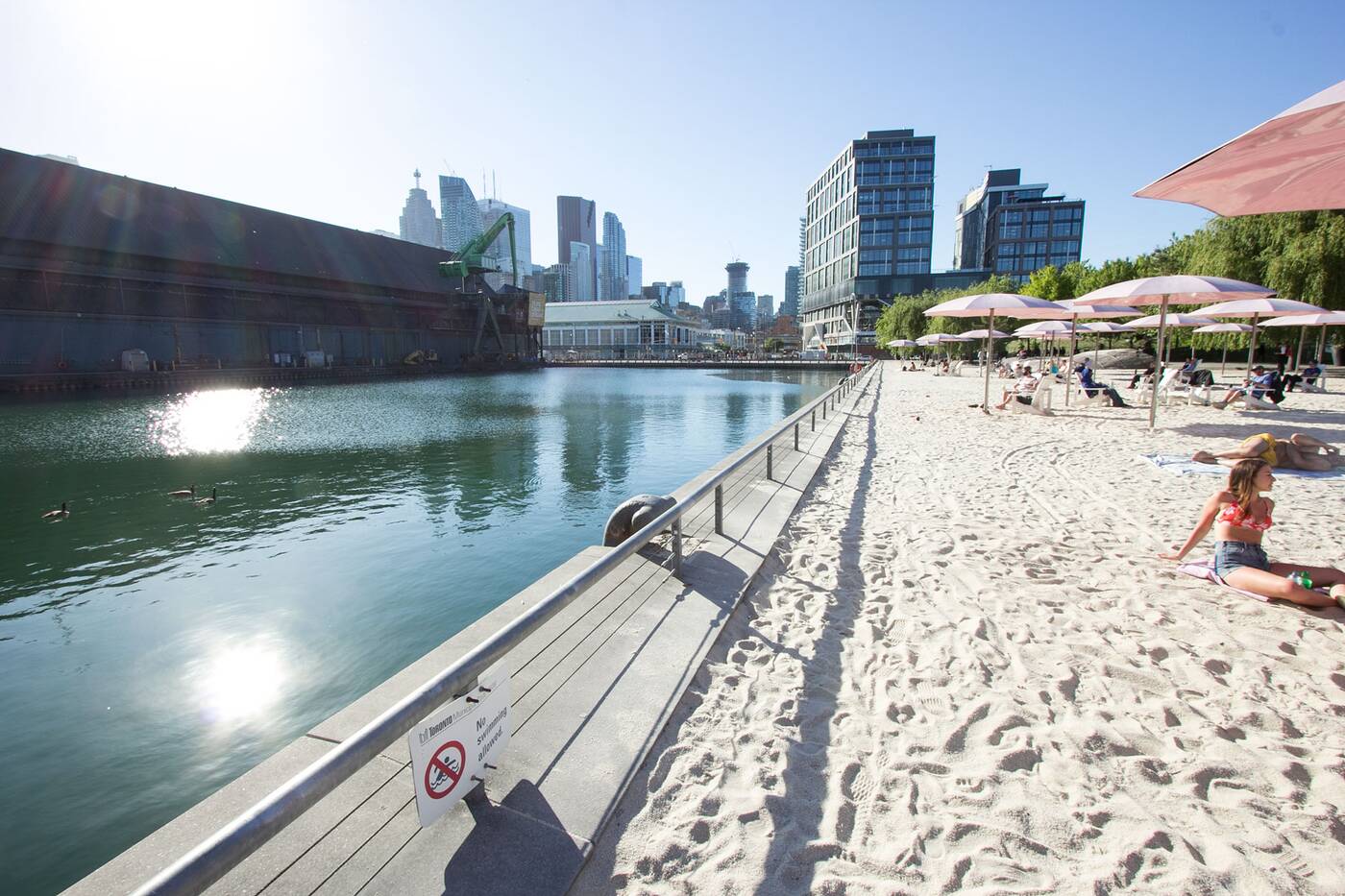 You're not allowed to wade or swim in the water — Sugar Beach is for lounging only.

The best part about Sugar Beach is how it feels like an oasis sprung out of concrete, especially if you're heading east on Queens Quay from Union toward Jarvis; it's a wide, uneventful section of the strip that feels a lot like walking through a dusty desert in the summer.

What the beach lacks for in swimming capabilities, it makes up for with Muskoka chairs, some giant rocks for lounging and a very accessible paved area (with a small boardwalk jutting out into the sand) for those who might not be able to traverse the area. 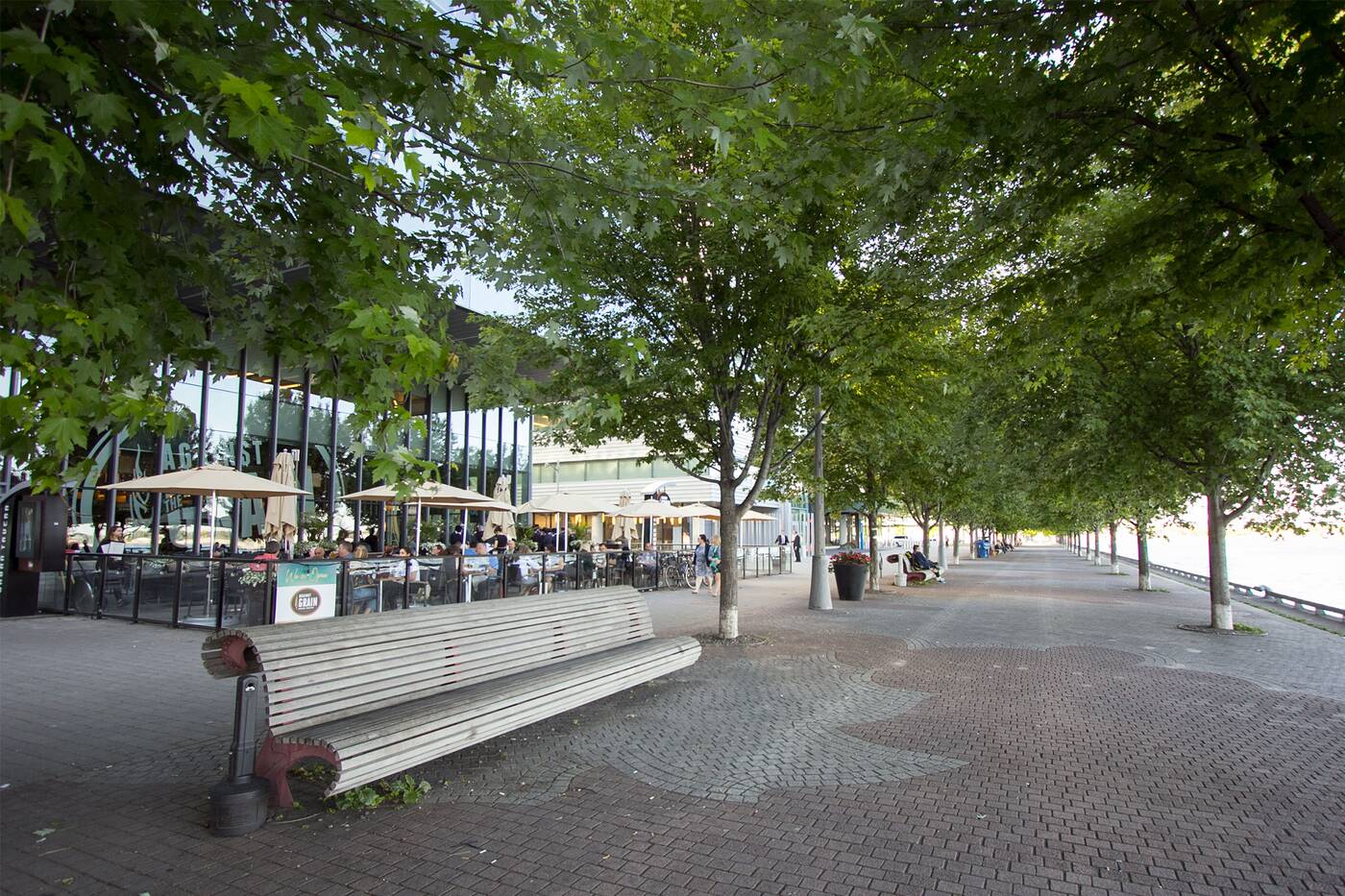 To reach the beach from Lower Jarvis, cross toward the Martin Goodman Trail to the path leading toward the beach, veer slightly east and you'll find a plaza full of trees — often with stretching joggers and fitness groups.

Follow the path and it will take you past Sugar Beach, becoming the Water's Edge Promenade which runs behind Corus Quay (Corus Entertainment's headquarters in Toronto) and the spacious patio of Against The Grain. 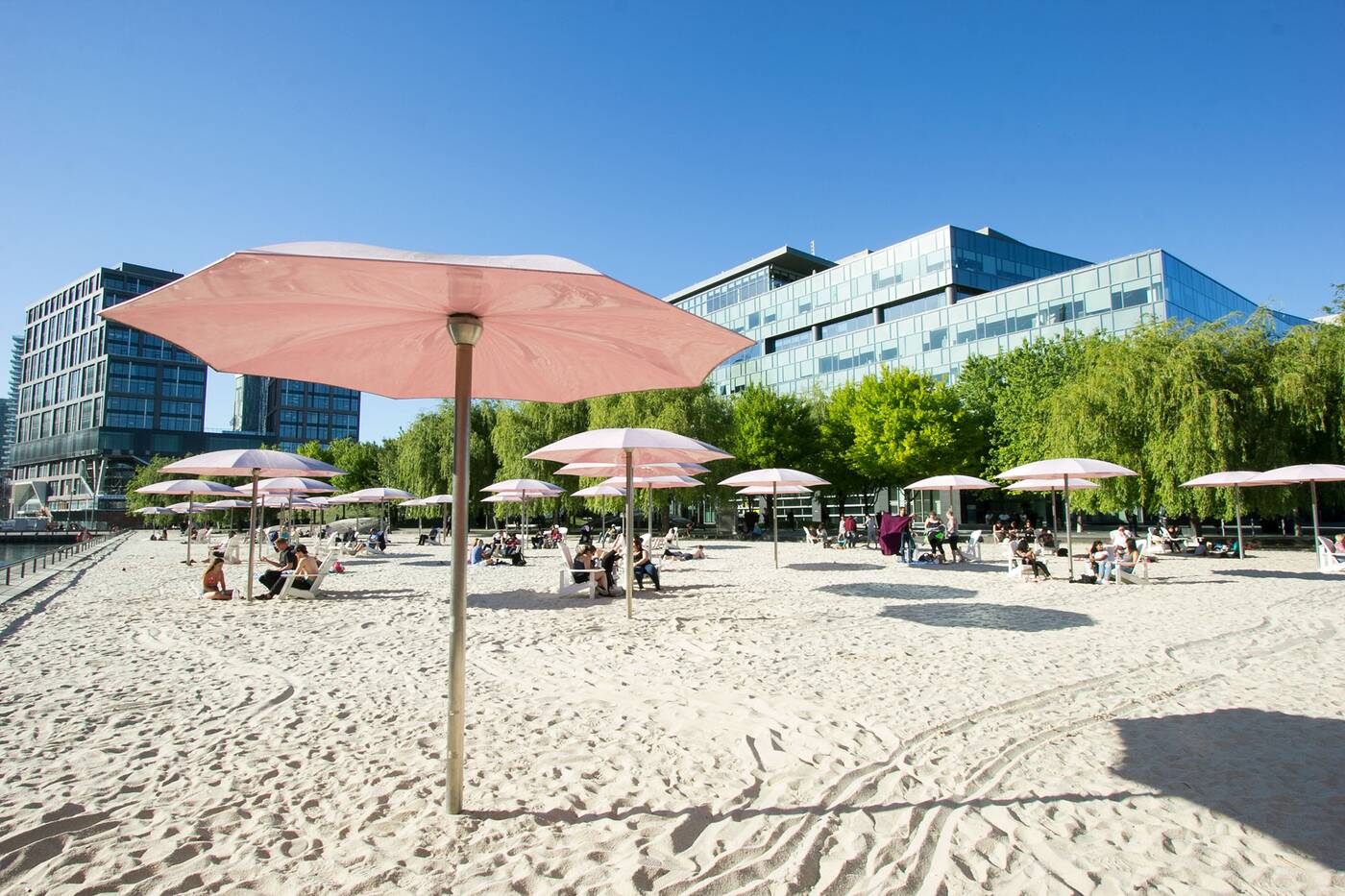 Sugar Beach was created in 2010, replacing a former parking lot for the Jarvis Street Slip.

Sugar Beach's crowds run the gamut here, from families to couples, friends, and solo sun-tanners of all ages.

Despite being so close to a main road, it somehow maintains its exclusive feel. Maybe it's the adjacent greenery, but it could also be the giant freighter which secludes — nay, protects — us from the elements. 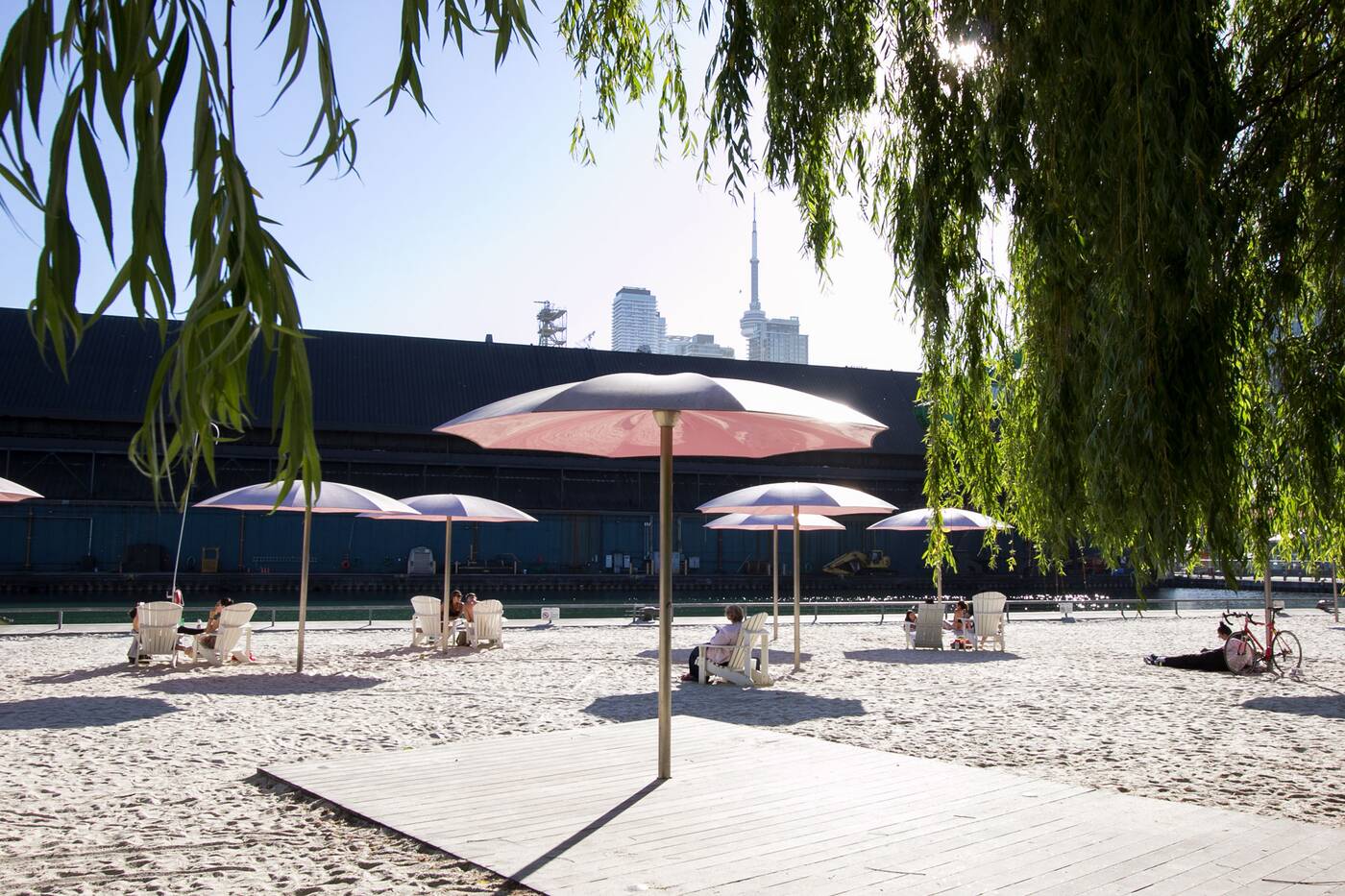 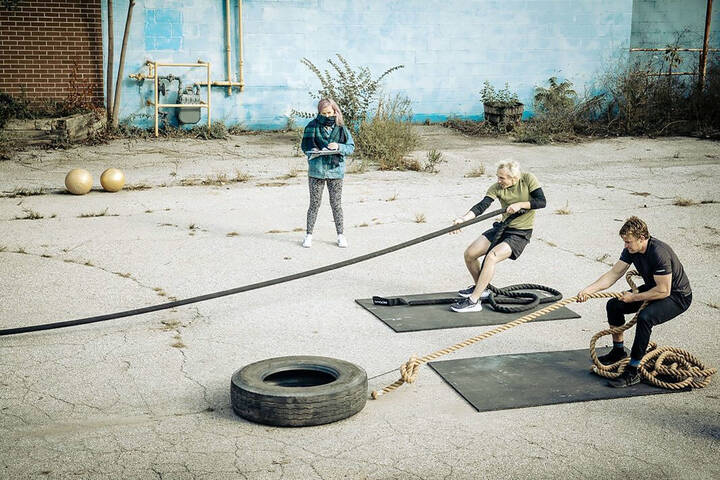