Cherry Beach is Toronto's spot for dance parties and sunbathing

Cherry Beach might be the best spot in the city for a covert beach gathering.

Sitting snug in the industrial Port Lands, you’ll have to pass more bustling summertime attractions like Cabana Pool Bar and Rebel (and the adjacent T&T; supermarket) to get to this little stretch of sand and rocks. 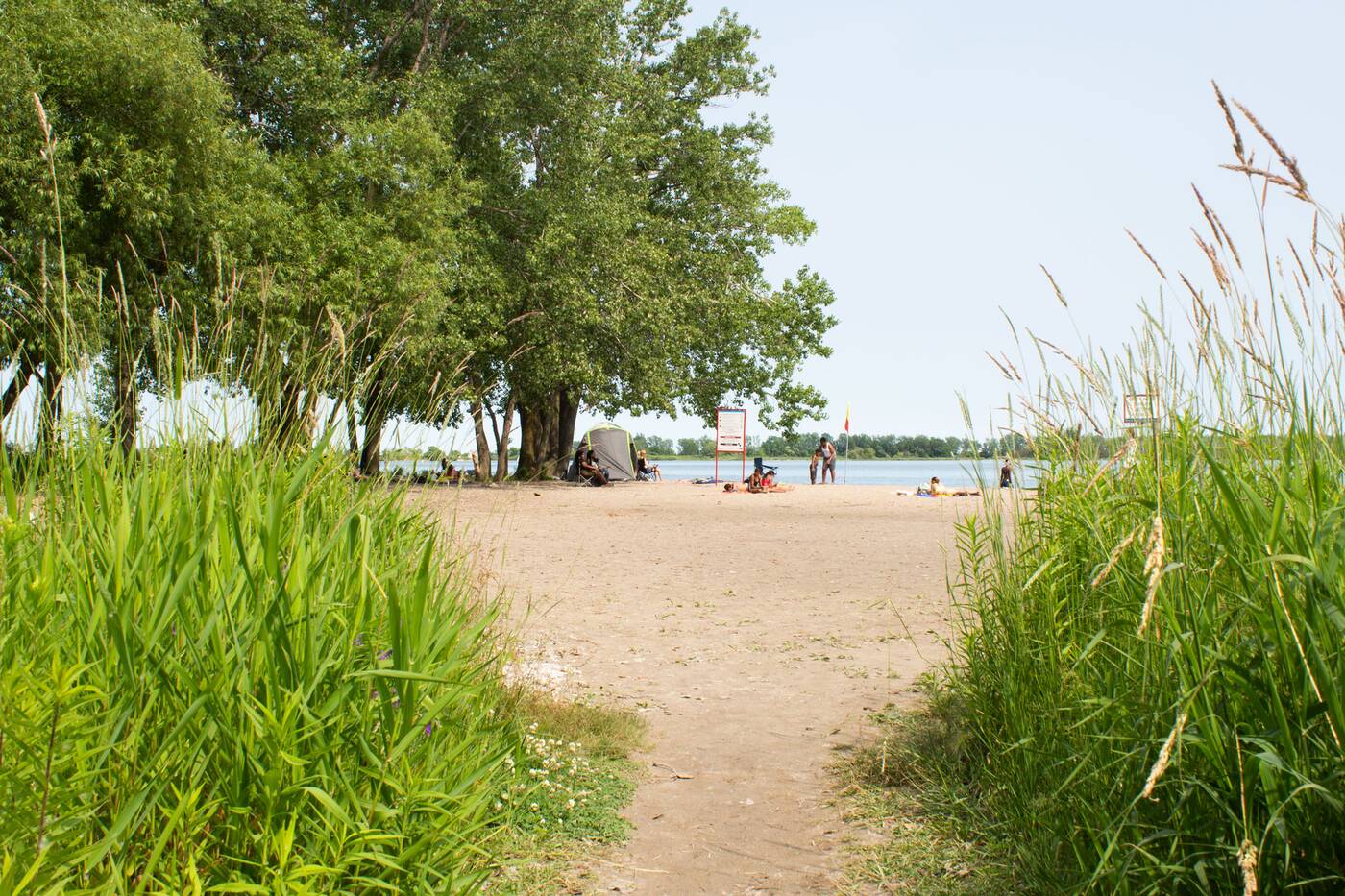 When you get there—if by bus, the 121 from Union Station is the way to go—you’ll find a surprising oasis at the foot of Cherry Street, separated from the urban deluge by towering trees, reeds, and the Martin Goodman Trail. 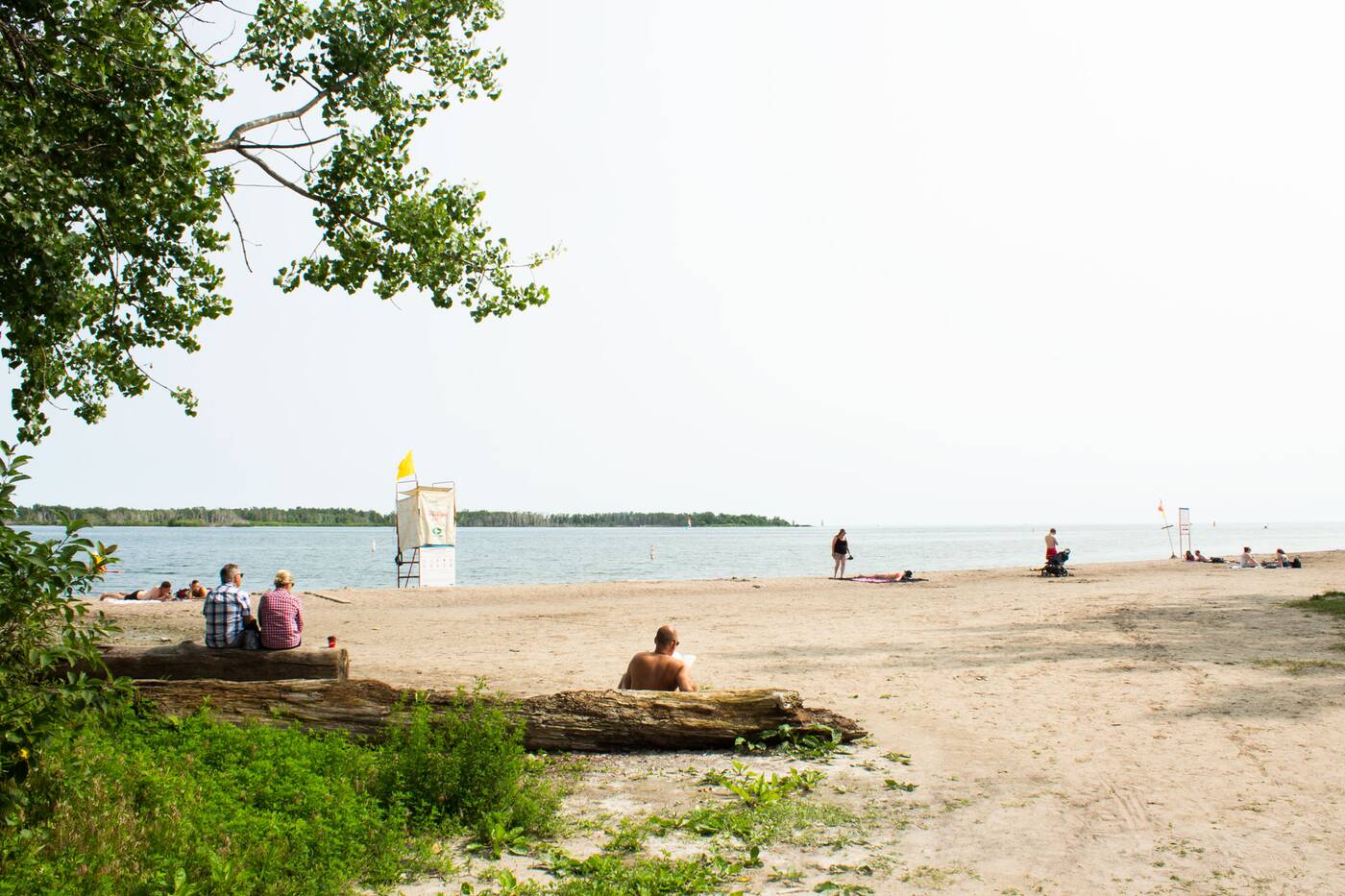 It was formerly named Clarke Beach (after, Harry Clarke, who created the park in the 1930s) but was renamed after its more popular moniker in 2003. Today, its official name is Cherry Beach Clarke Beach Park. 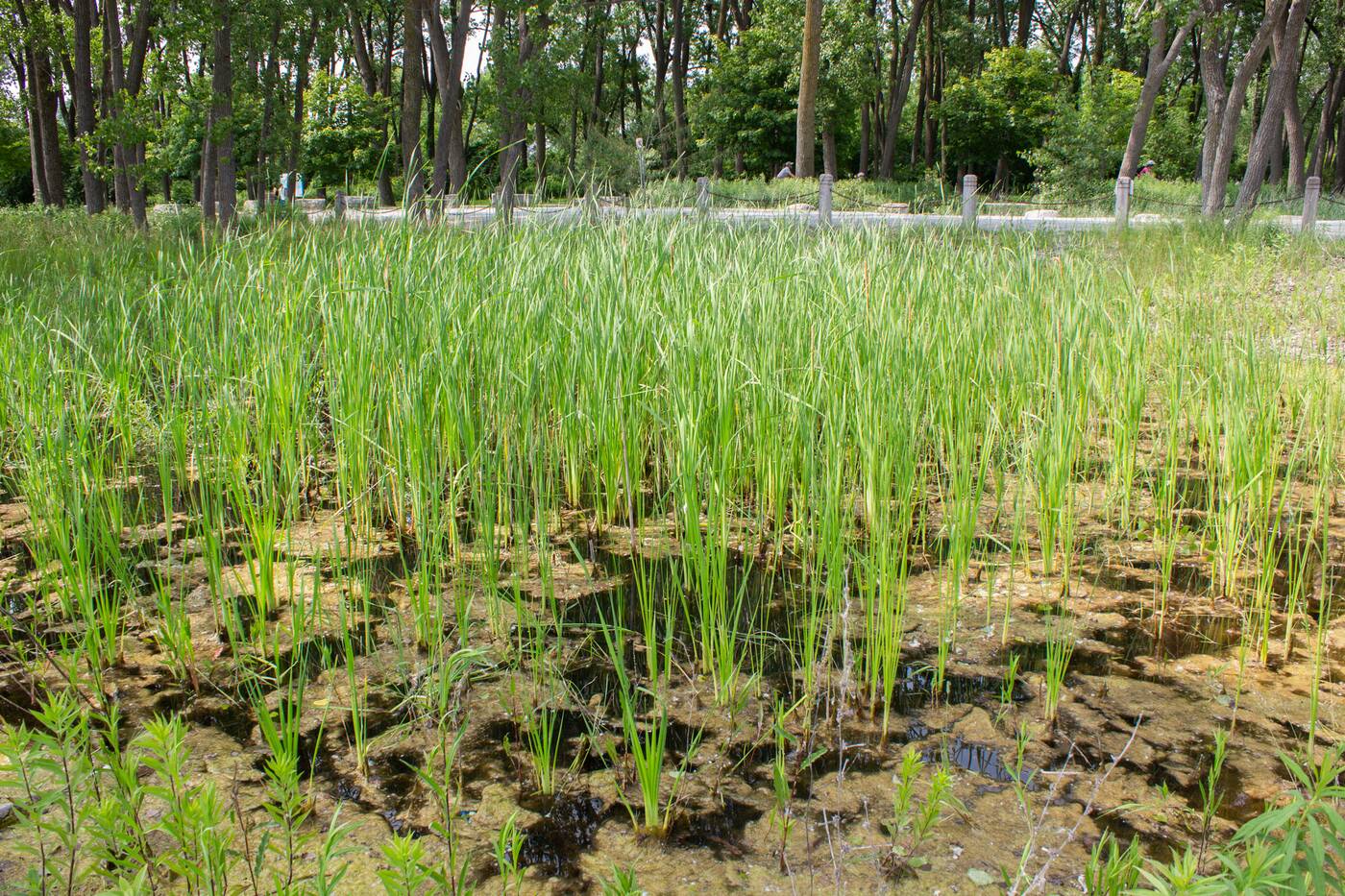 If you grew up in Toronto anywhere outside of the downtown core, Cherry Beach was probably the place you always heard about but never knew how to get to. 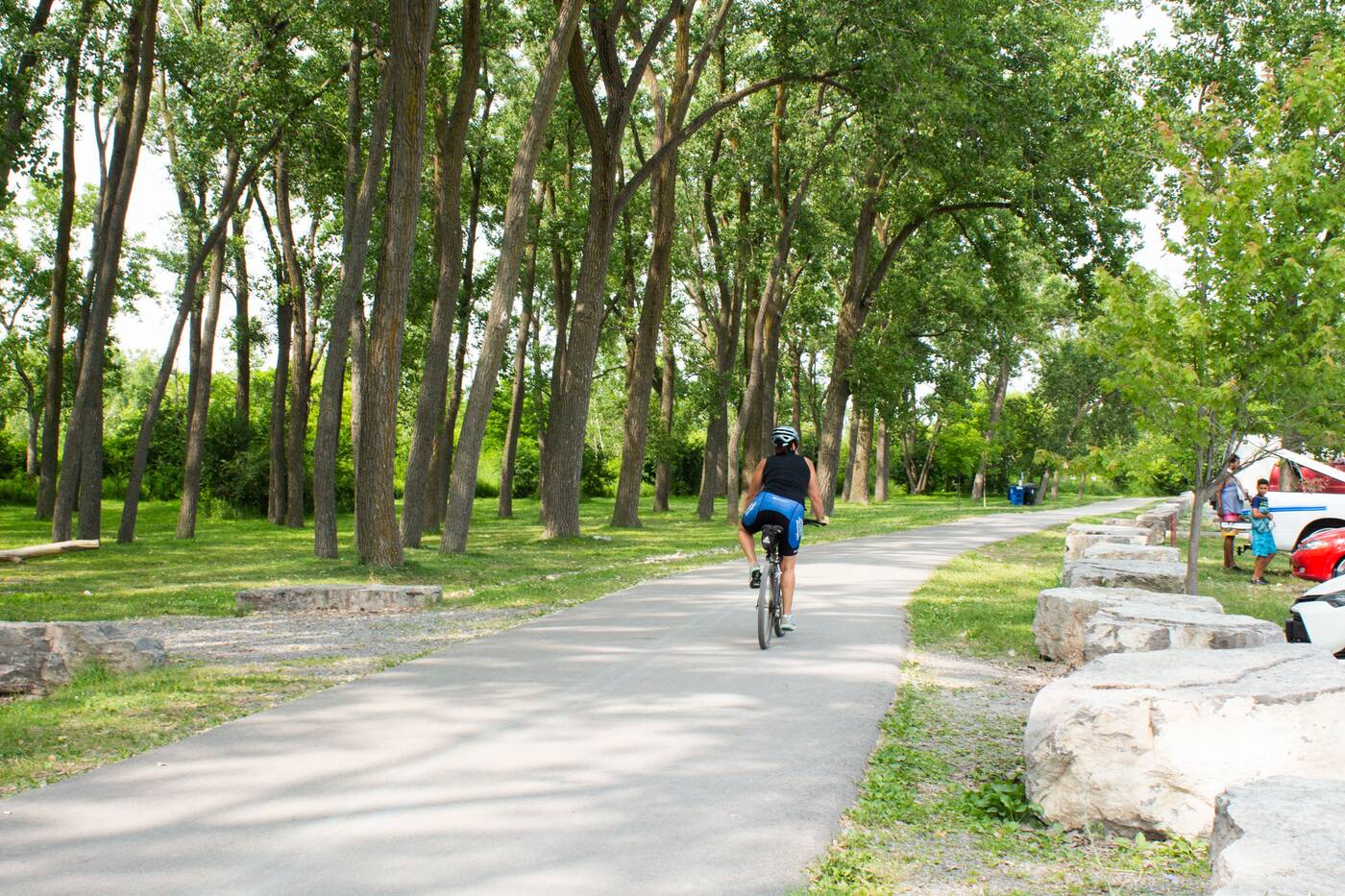 Renowned for its massive Sunday summer EDM dance parties (launched in 2000) and more clandestine, drug-fuelled ones, the beach has character, which more than what places like Woodbine can say. 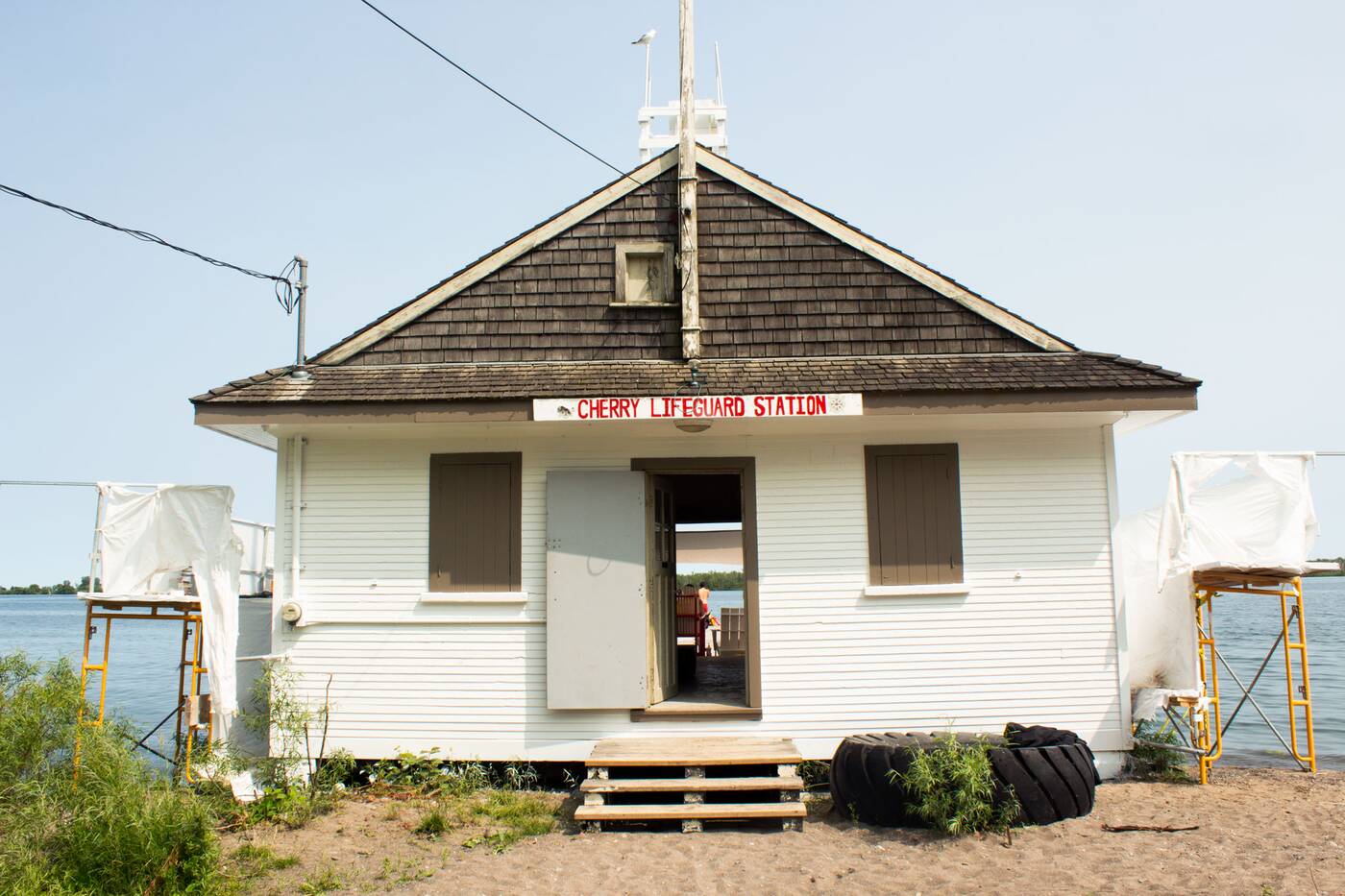 Just like the lifeguard station at Balmy Beach, Cherry’s version, nicknamed “the cottage”, is equally of note, though perhaps not as historically significant. 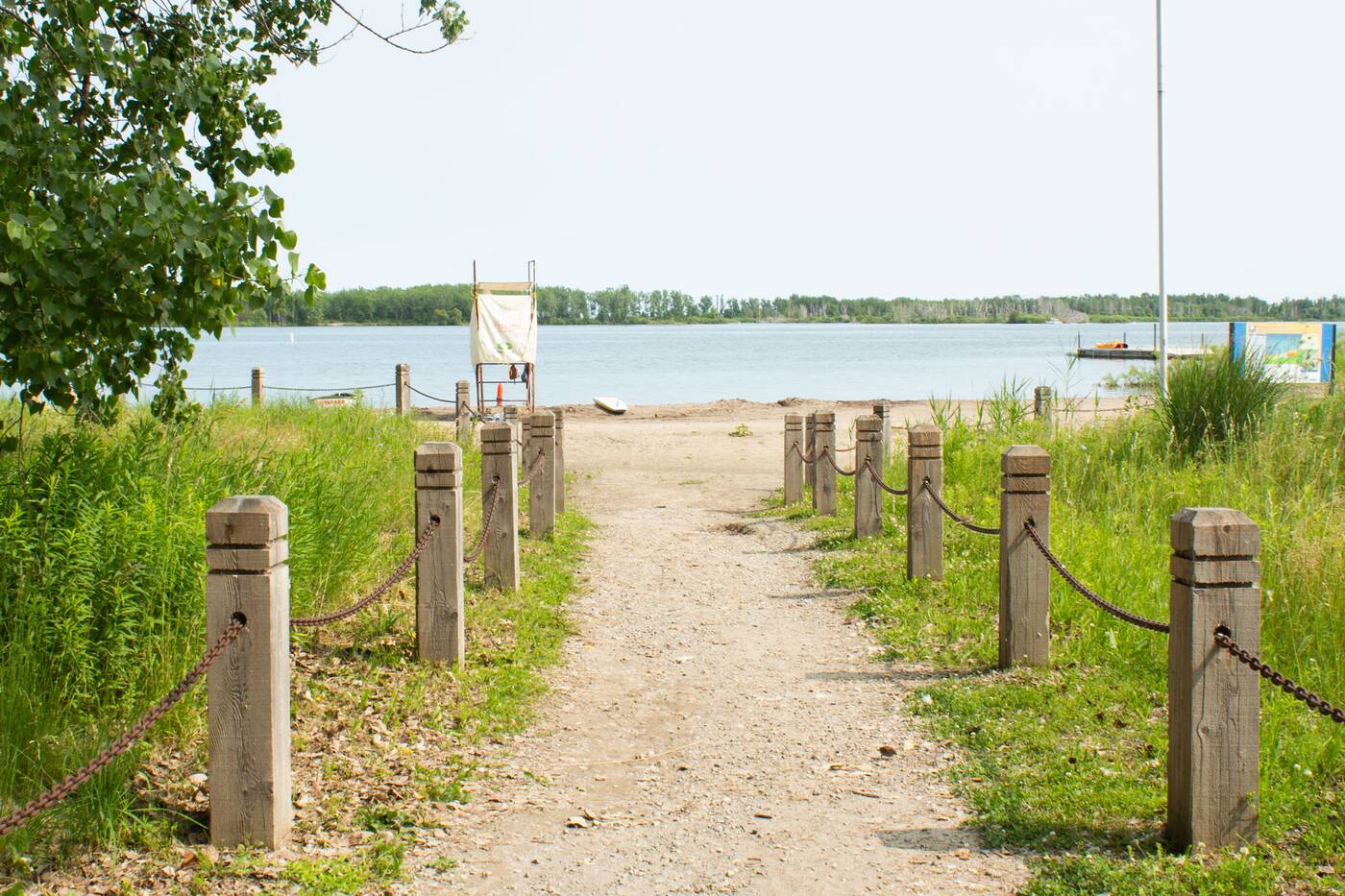 Cuving inward around the Outer Harbour, there’s no boardwalk here. The Martin Goodman Trail is arguably better, and constantly buzzing with cyclists and hikers alike. Expect the nearby parking to get full on weekends; slightly less so on weekdays. 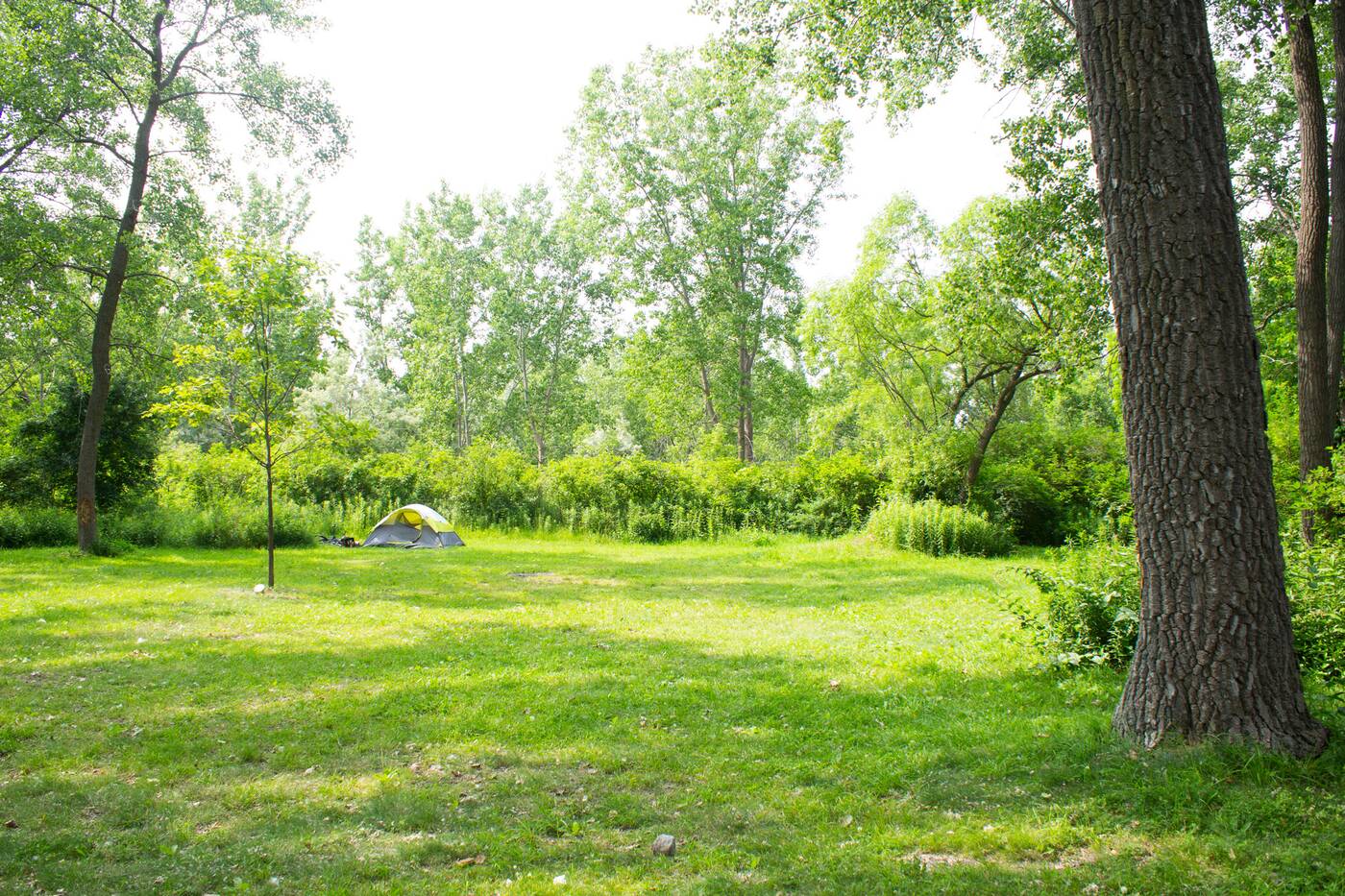 Despite its name, there is no traditional park here. It’s still a good spot for a family picnic, though, with a handful of grill stations in the green areas just north of the trail, if you fancy bringing your own coals or foraging for dry wood nearby. 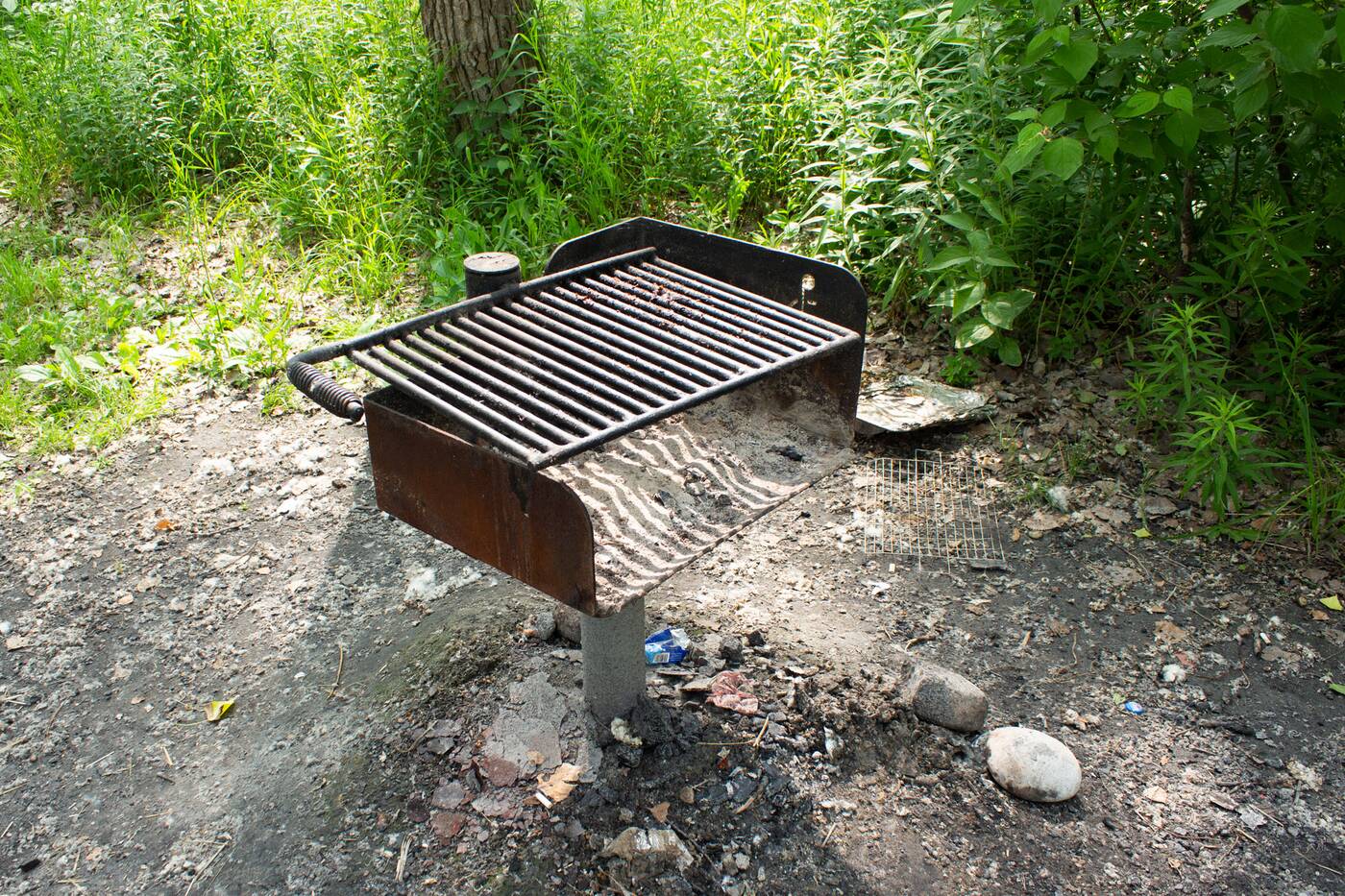 The sand itself is pretty rugged, with a mix of logs (one log in particular holds it down on the western side) and larger rocks intersperse across the sand. 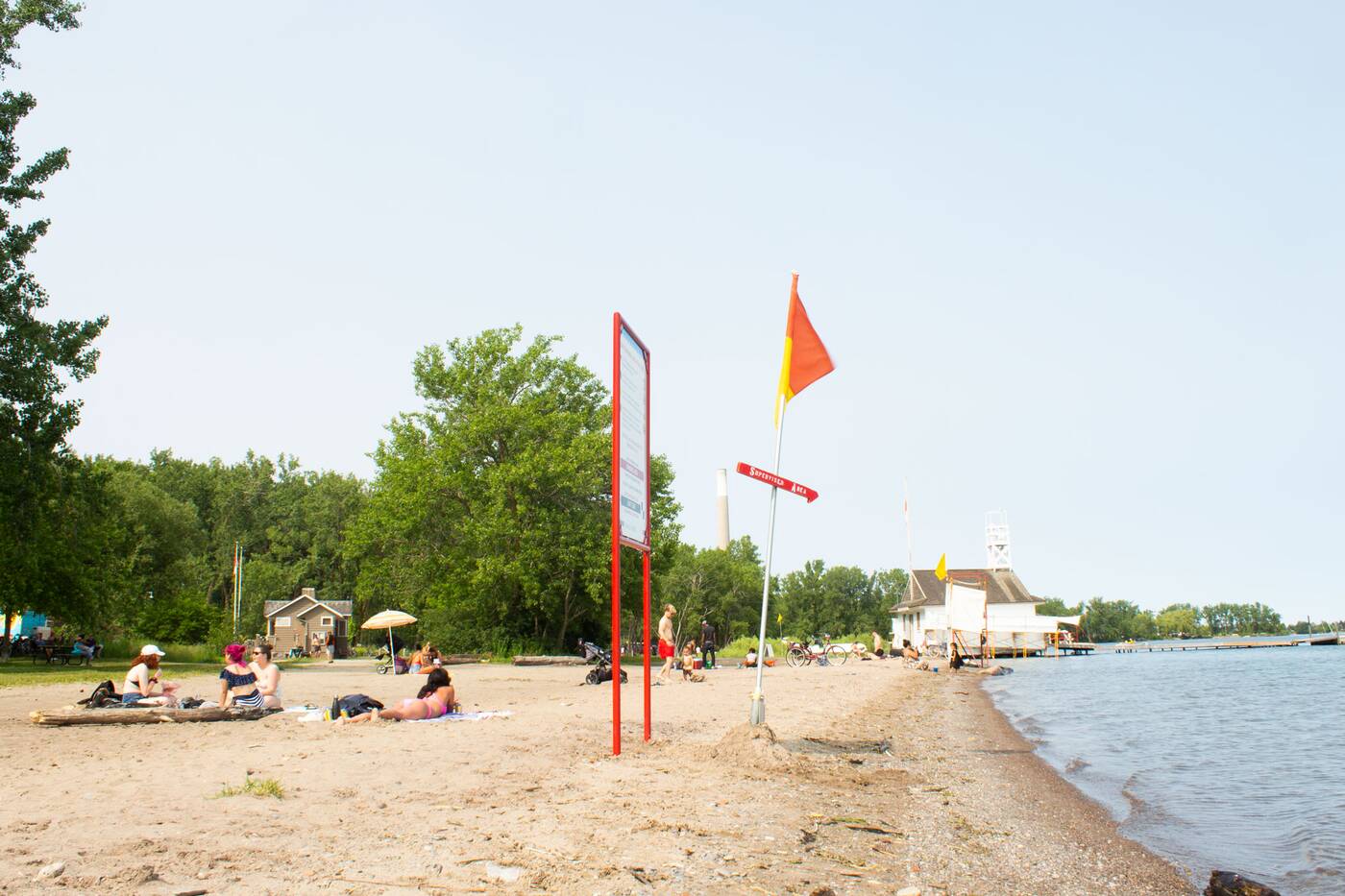 Small enclaves along the shore make for good private spots, hidden by tall grass and reeds. 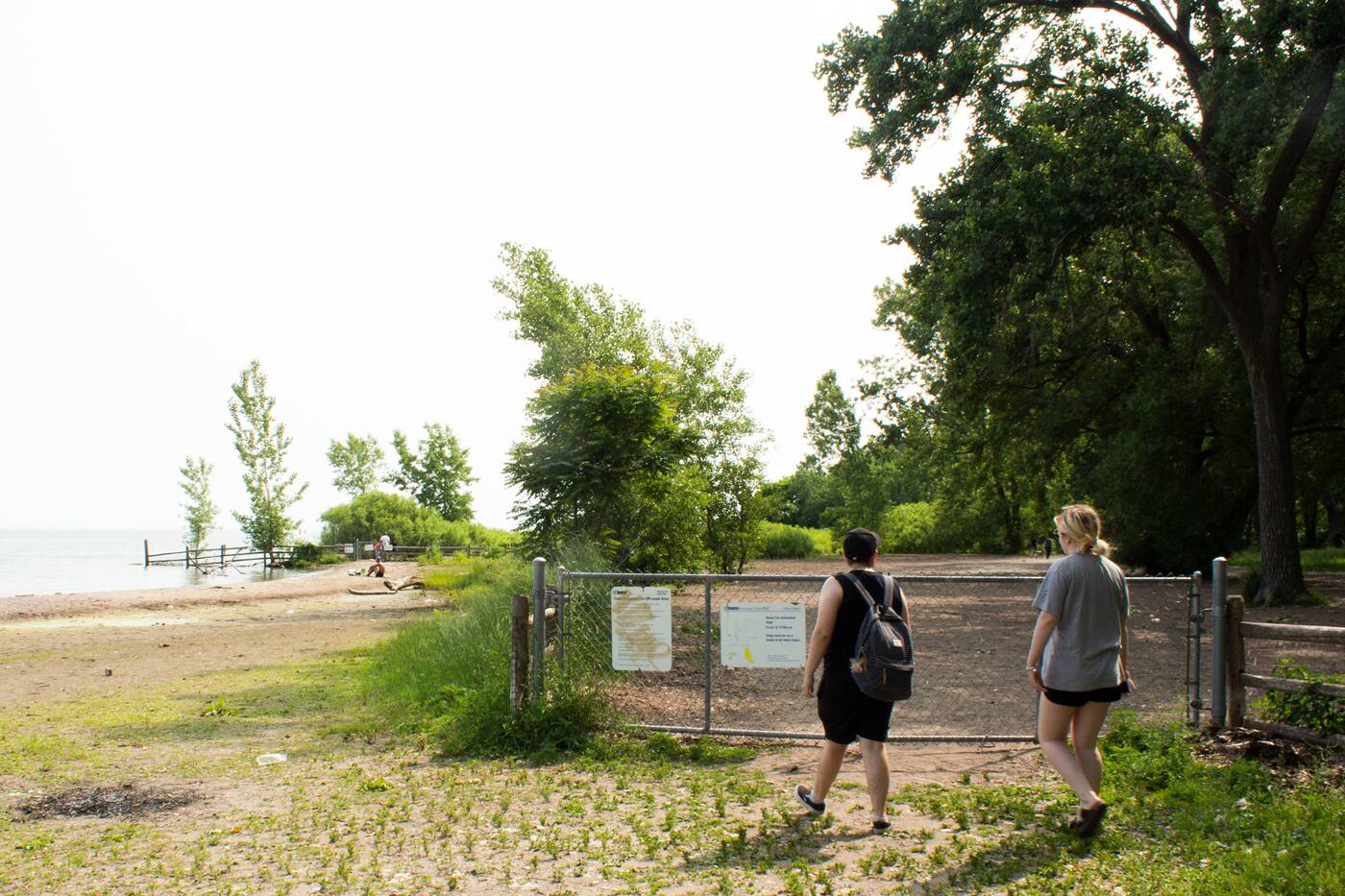 At the westernmost part of the park, a massive off-leash dog area runs along the sand, partitioned off by a fence. You’ll hear the occasional splash as wet dogs leap into the water to play fetch, as good puppers do. 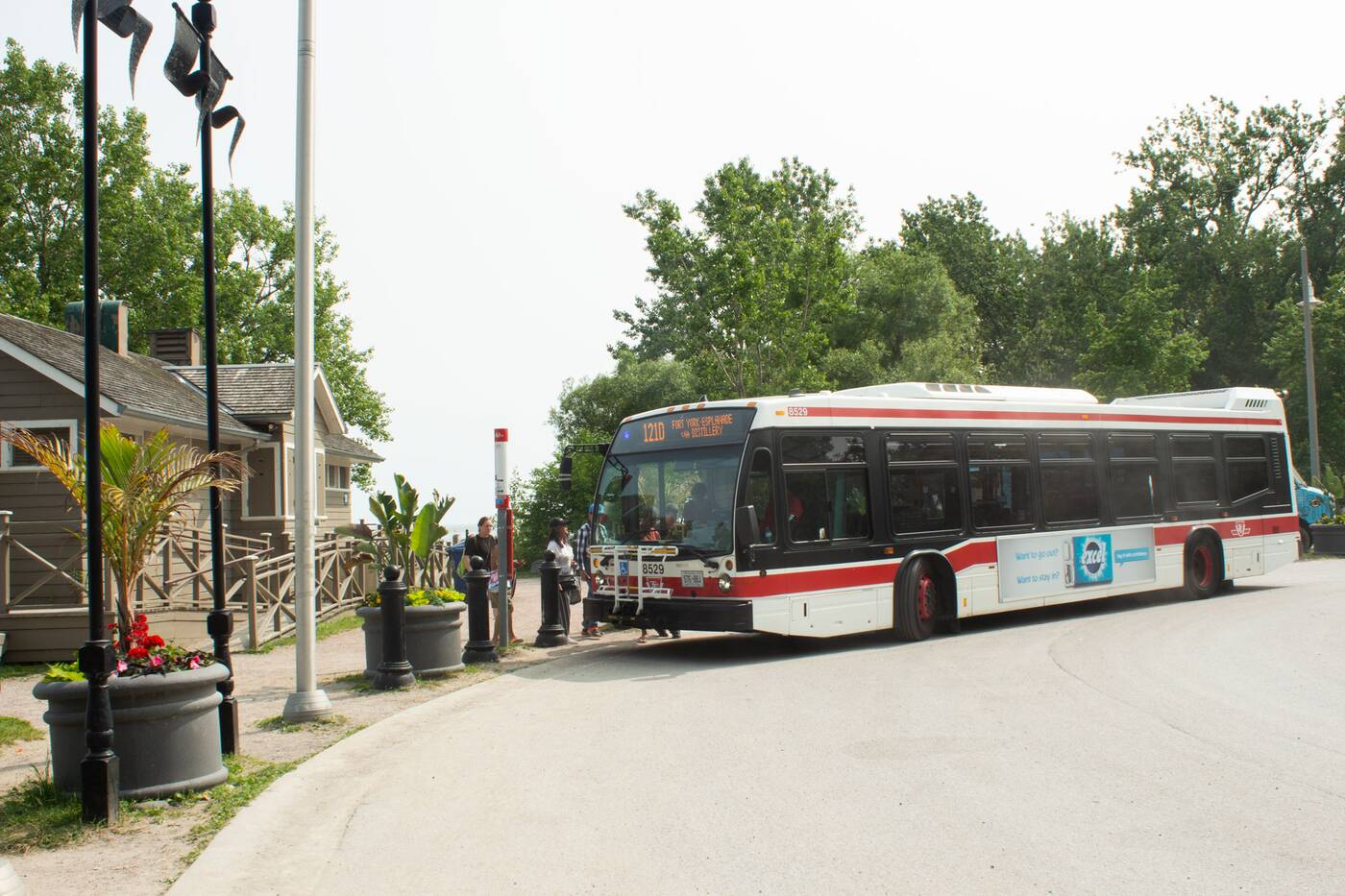 The recreational sports beach is just east of the bathing beach, offering Stand Up Paddling opportunities and windsurfing.

If you’re hungry, the longtime food truck “Follow The Star”, which has serving hungry beach-goers since 1984 with its menu of hot dogs, cheese burgers, and chicken tenders. 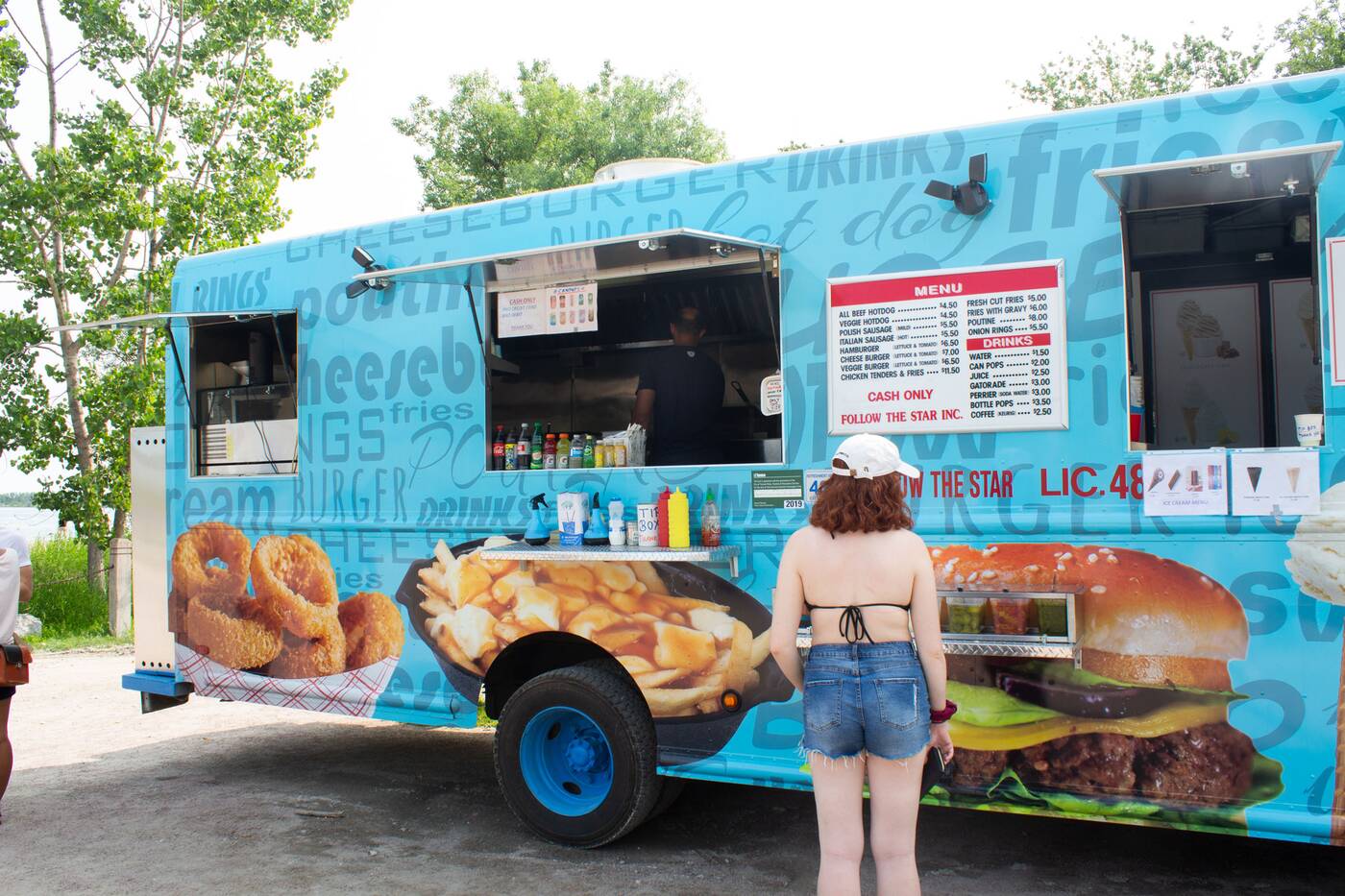