50 things to do this spring in Toronto

50 things to do this spring in Toronto

Michael Monastyrskyj of the Cherry Blossoms in High Park

Spring events and activities in Toronto clearly show the city's excitement for warmer weather. There are so many great festivals, parties, food and drink events and reasons to get back outside and see people, the city and the nature around us again.

Here are 50 things to do this spring in Toronto.

Activities you can do all spring long

The big day might be July 1, but Canada is celebrating its 150th starting as early as this spring with free park passes, concerts, installations and activations all over the city.

Get inspired at an art crawl or fair

Refresh your life and apartment with some beautiful new work from local artists who are selling their pieces at places like the Distillery's ArtFest (May 20-22), the Kensington Market Art Fair (May 29), the Riverdale Art Walk (June 3) and the Liberty Village art crawl (June 10).

Here are five ideal hikes in and around Toronto to get you moving. You don't want to get stuck on a path that's felt the brunt of our rainy spring weather.

Go for a spin

Spin classes are one of the hottest fitness trends in Toronto right now. They're a surefire way to kick your butt into summer mode and newer studios like SoulCycle, Ride Cycle Club, Torq, and SpinCo are ready for your buckets of sweat.

Take your own (new) brewery tour

This city sure loves its local beer. It seems there are more breweries in Toronto than ever before, so why not visit some of the newer kids on the block like Shacklands, Liberty Commons, Rorschach or Bellwoods' latest location on Hafis Road?

Shop at a farmers' market

Almost every neighbourhood in Toronto has a farmers' market, so they're easy access when you need the freshness that comes with spring. The Sorauren Market, the Trinity Bellwoods Market (starts May 9), Leslieville Market (starts May 26), are just a few to get you going. 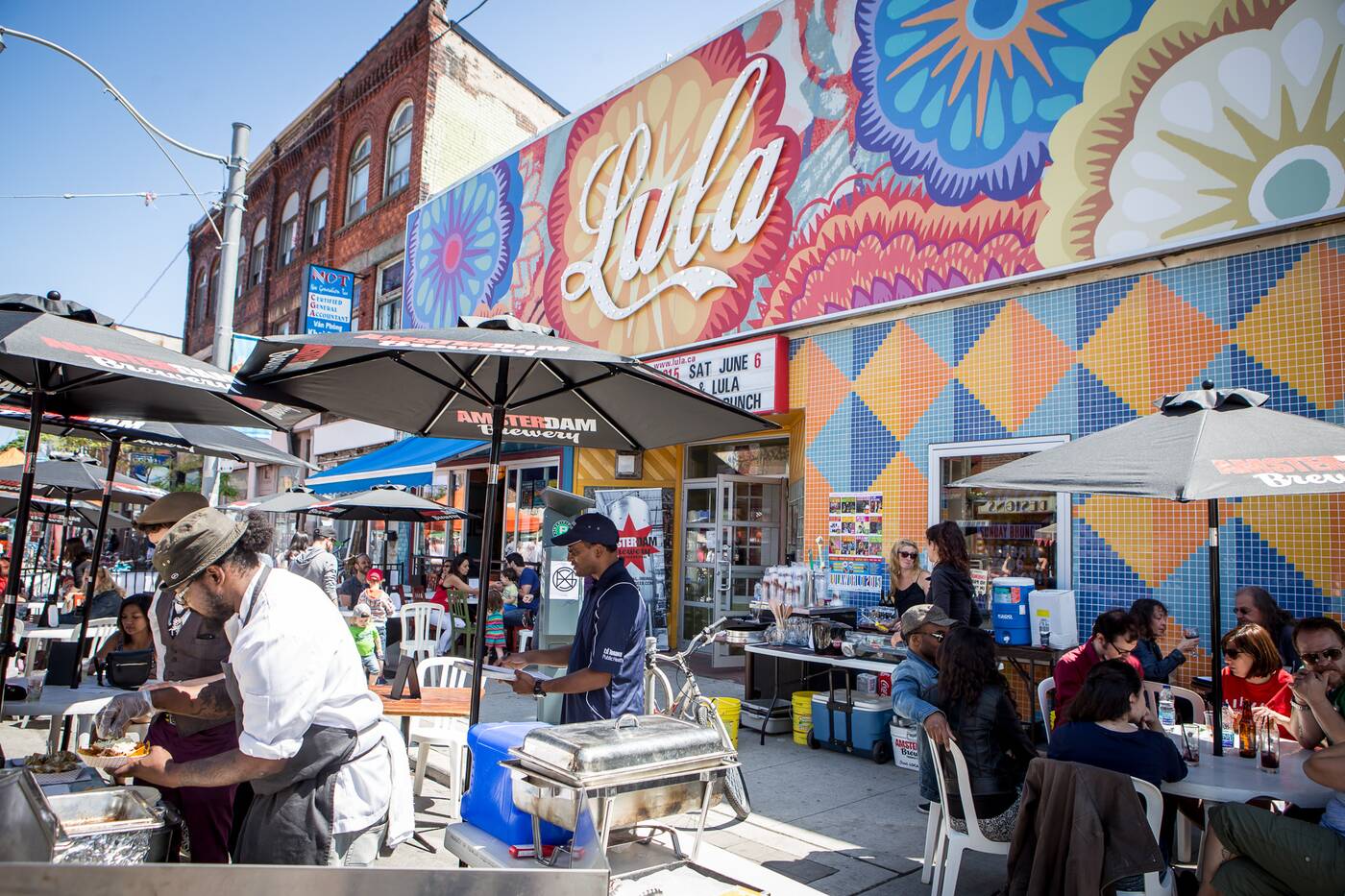 Dundas West Fest is back again this year on June 3. Photo by Jesse Milns.

Walk around a street festival

It's time to close off the streets and enjoy festivals like the Spring into Parkdale Sidewalk Fest (May 13), the Waterfront Artist Market kickoff (May 20), the first Kensington Market Pedestrian Sunday (May 28), and Dundas West Fest (June 3).

Toronto's music festivals start in the spring and run into the last minutes of summer. Check out CMW (April 18-22), Electric Island (May 22), CBC Music Festival (May 27) and Field Trip (June 3-4), to name a few.

A night at the theatre

Check out a show this season with something major like The BodyGuard or The Book of Mormon, or a smaller production, such as the Little Shop of Horrors or Crawlspace. Don't forget to visit Crow's Nest, Toronto's newest destination for live theatre.

April 23 to 29 is National Volunteer Week and it's an event that galvanizes folks who want to donate their time to help others in the city by giving them the tools to get started.

Toronto's activist movement is livelier than ever and you can make your voice heard with the March for Science (April 22), the Pipeline Protest at Queens Park (April 29), by volunteering or by simply keeping your eyes on the activist calendar.

Toronto coffee and tea lovers unite for the new two-day coffee and tea festival. It might inspire you to visit some of the city's latest indie cafes, such as Strange Love, Bottle Rocket, Bob Coffee Bar and Boxcar Social on Temperance. 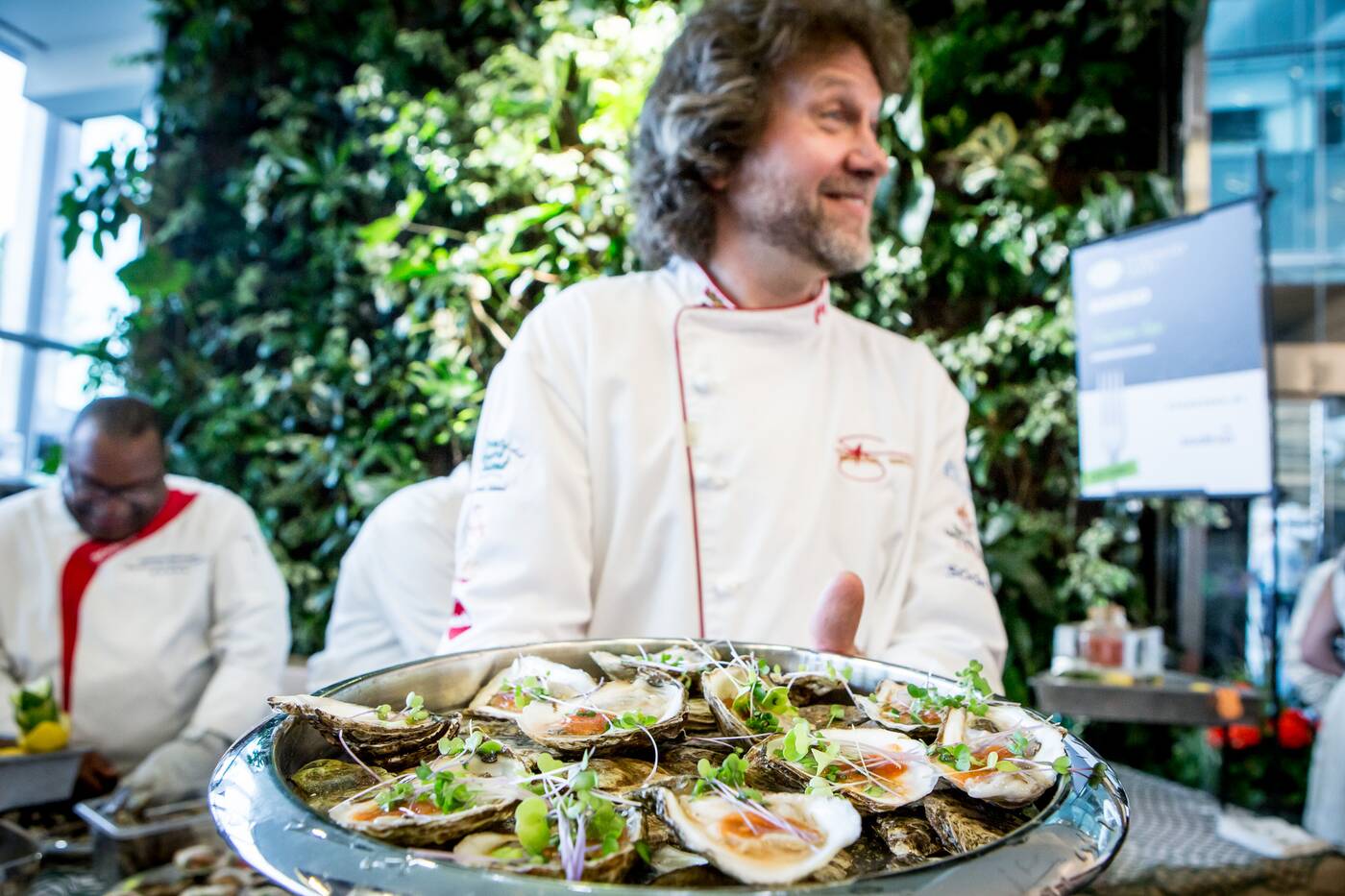 Quench your thirst at a spring beer festival

Now that the sun is back out, it's time to enjoy beer in wide open spaces with pals at events like Brewer's Backyard (April 14), Toronto's Festival of Beer (May 20), and the Session Toronto Craft Beer Festival (June 10).

Get messy at a rib festival

There are two big rib fests this spring: the Ribs & BBQ Bash (May 18-21) and the Beach BBQ and Brews Festival (June 17-19). Who wants to eat all that meat in the summer heat?

Toronto's love affair with food trucks is far from over. Look for meals on wheels from folks like Zest It Up, Alijandro's, Crispy Craves, Maestro Mac 'n' Cheese, Que Rico, Pronto Italian and Ravi Soups.

There's a sudden influx of restaurants shining the spotlight on Indigenous food and ingredients. Kū-kŭm on Mount Pleasant, Pow Wow Cafe in Kensington and Nish Dish in Koreatown are three you're going to want to try. 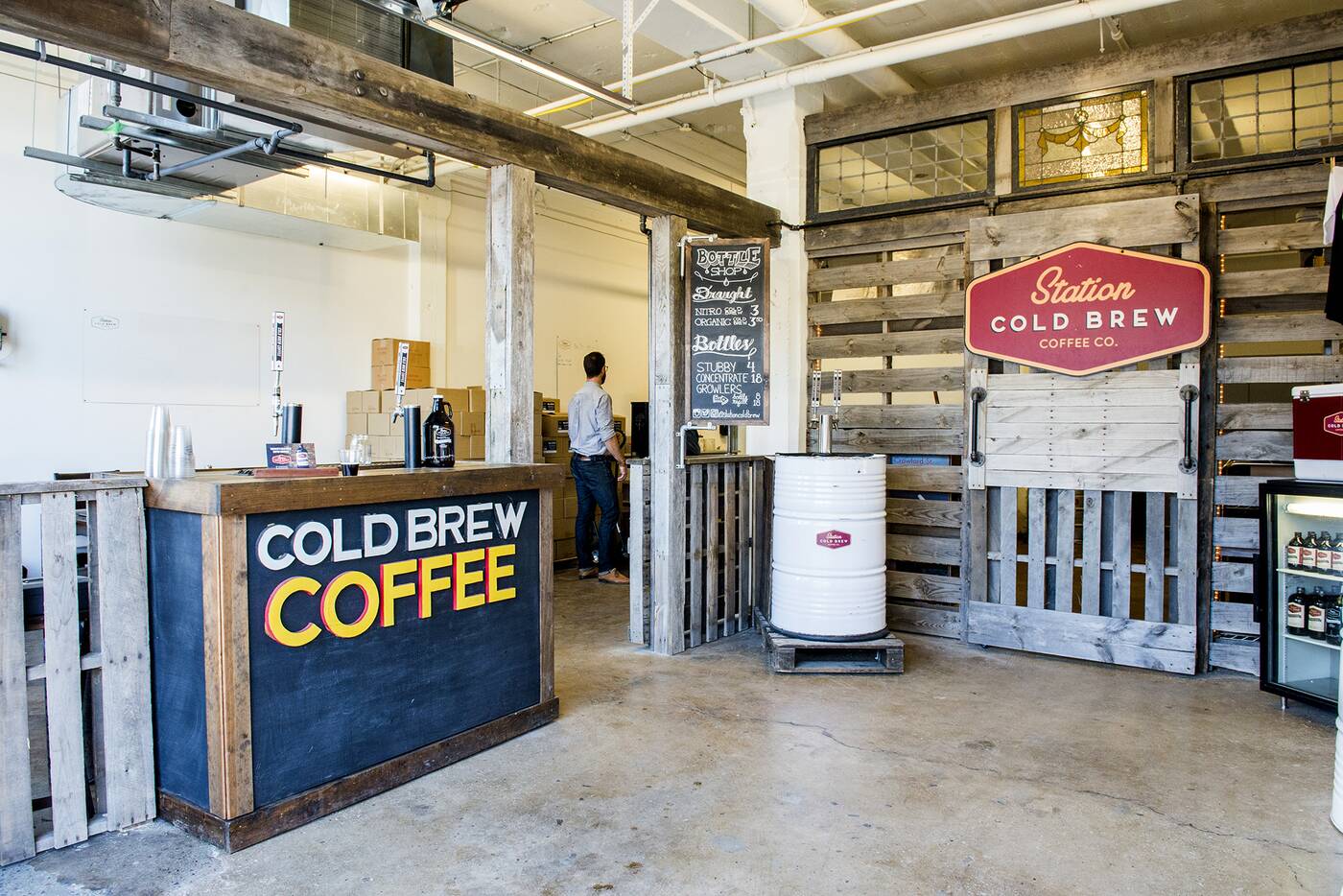 Get a buzz at Cold Brew Cocktail Week

Toronto loves its cold brew spots, which is why it's so glorious we now have Cold Brew Cocktail week from Station Cold Brew.

From June 10 t0 17, celebrate independent, locally brewed beer at Ontario Craft Beer Week with all types of events, pub nights, crawls and talks all over the city.

Get your fill of seafood

The Lobster Clam Jam (May 20) is a much-loved outdoor food festival originating in Montreal, which will swim its way over to Cabana Pool Bar to show off all kinds of fish dishes from renowned local chefs and restaurants.

Run around the city

There are several major running events happening in Toronto this spring like the One Brave Run (April 8), the MEC Waterfront Flyer (April 9), Beaches Easter Day 5K (April 16), Bum Run (April 30), and the Goodlife Marathon (May 7), to get you warmed up.

Make good use of your yoga mat

There is an endless string of yoga events and classes in Toronto this spring, including yoga in the Royal Conservatory (April 5), a yoga for climbers class (April 9), and a huge glow in the dark yoga fundraiser event.

Hang out in Jurassic Park

The Raptors are in the playoffs again and ground zero for Toronto Raptor's fans will be the fan zone just outside the ACC. Things get really exciting surrounded by 3,000 fans, DJs and all kinds of swag.

Cheer on the Jays at a new sports bar 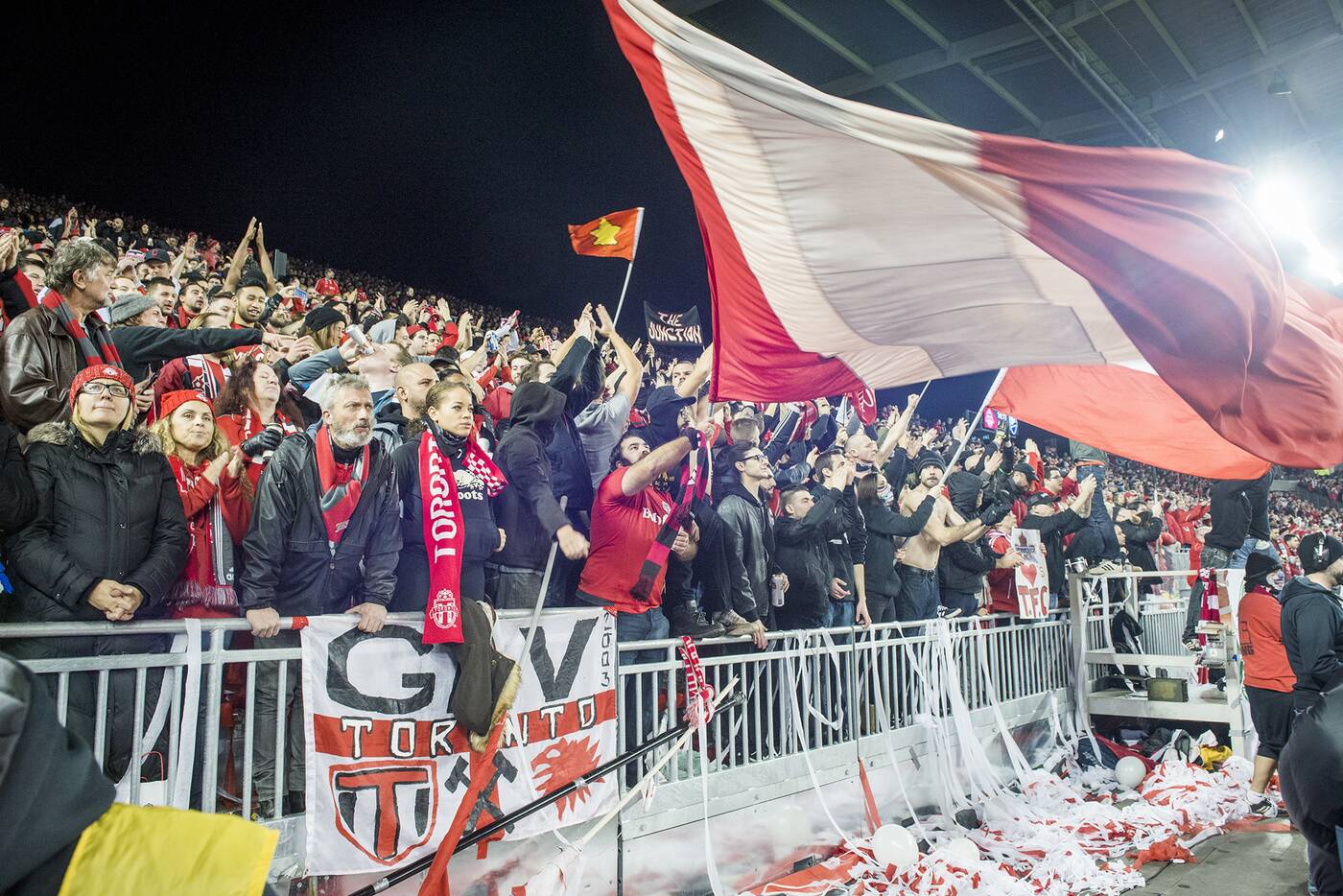 TFC fans hope for a repeat showing from last year but maybe a better result in the finals this time. Photo by Hector Vasquez.

Be the ultimate TFC fan

Last year the Reds almost won it all, so why not jump on the bandwagon early and see some TFC games before the heat wave arrives.

Canada now has a professional rugby team that needs your support. The season has already started, but you can still grab tickets and head to Lamport Stadium to see what they're all about.

Shop at a night market

There are a number of noteworthy night markets this spring, including the Men's Market (April 7), the spring Midnight Mrkt (April 14) and the Peaces Night Market in Parkdale (April 27), where you'll find fashion, vendors, drinks and lots of food.

Listen to your favourite lit or podcast star

Some pretty cool lit and podcast stars are gracing Toronto with their wit and wisdom this spring, including Margaret Atwood (April 13), Junot Daz (April 21), Ira Glass (May 13) and David Sedaris (June 3).

Enlighten yourself at a massive classical music festival

A classy way to celebrate Canada's 150th is by checking out some of the country's most innovative composers and and musicians at 21C. 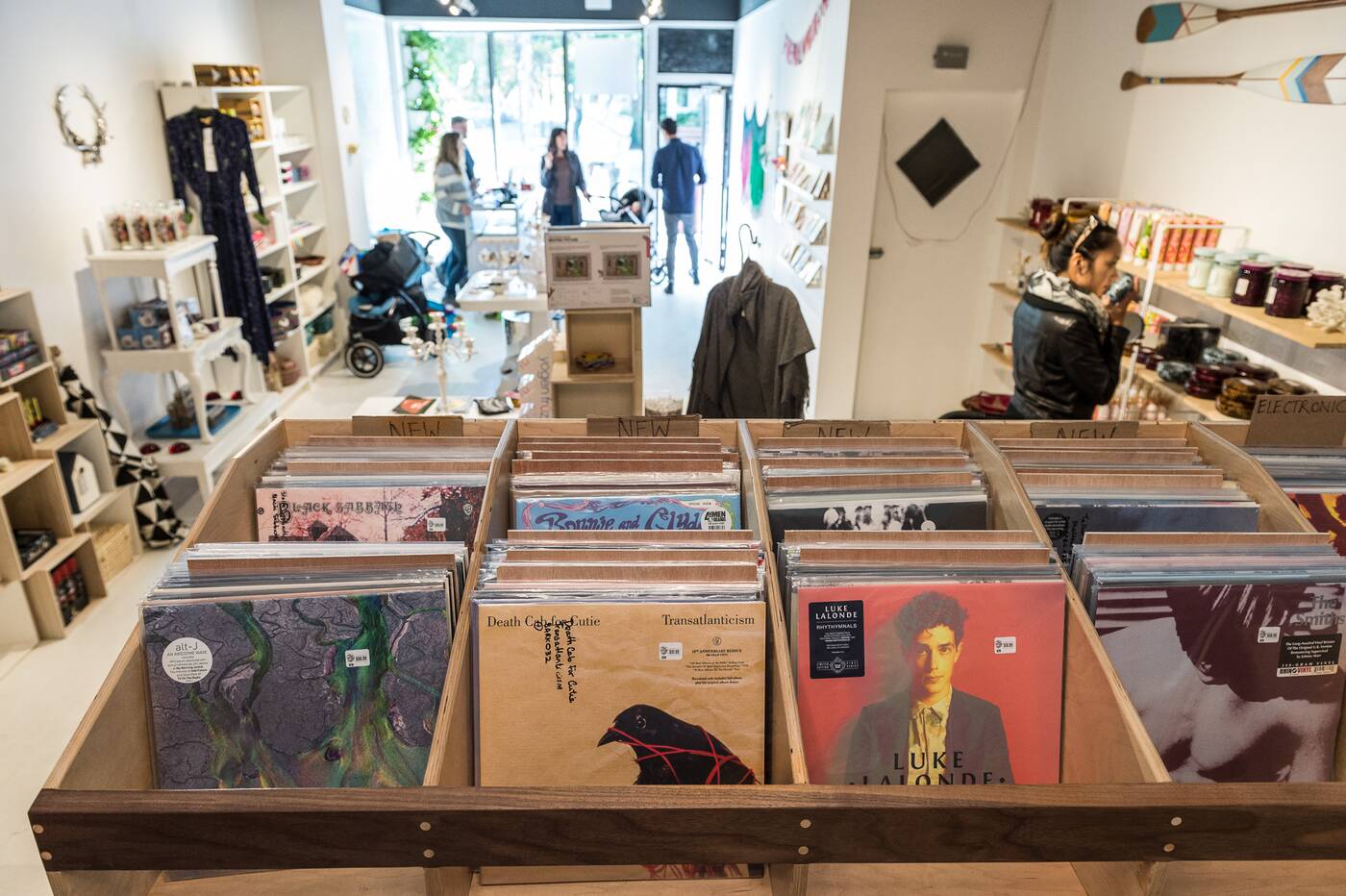 Tiny Records on Queen East will be one of the many local stores celebrating Record Store Day on April 22. Photo by Matt Forsythe.

April 22 is Record Store Day and Toronto's vinyl shops take this very seriously by offering all kinds of one-off, super exclusive deals and releases. Be sure to check out your favourite neighbourhood shop and get there when the doors open.

The largest film festival ever

National Canadian Film Day is April 19 and it's a massive one-day, coast-to-coast-to-coast celebration of Canadian cinema with 1,700 screenings. Check the website for your closest screening.

The High Park Cherry Blossoms watch is on, and they're predicting peak bloom will happen on May 1. Be warned, that day is absolute chaos in the park.

Take in some spring film festivals

Toronto Bike Month runs from May 30 to Jun 30 and there are some great events to kick start your riding life. like Bike to Work Day (May 29). Other events will be announced on the official site shortly. 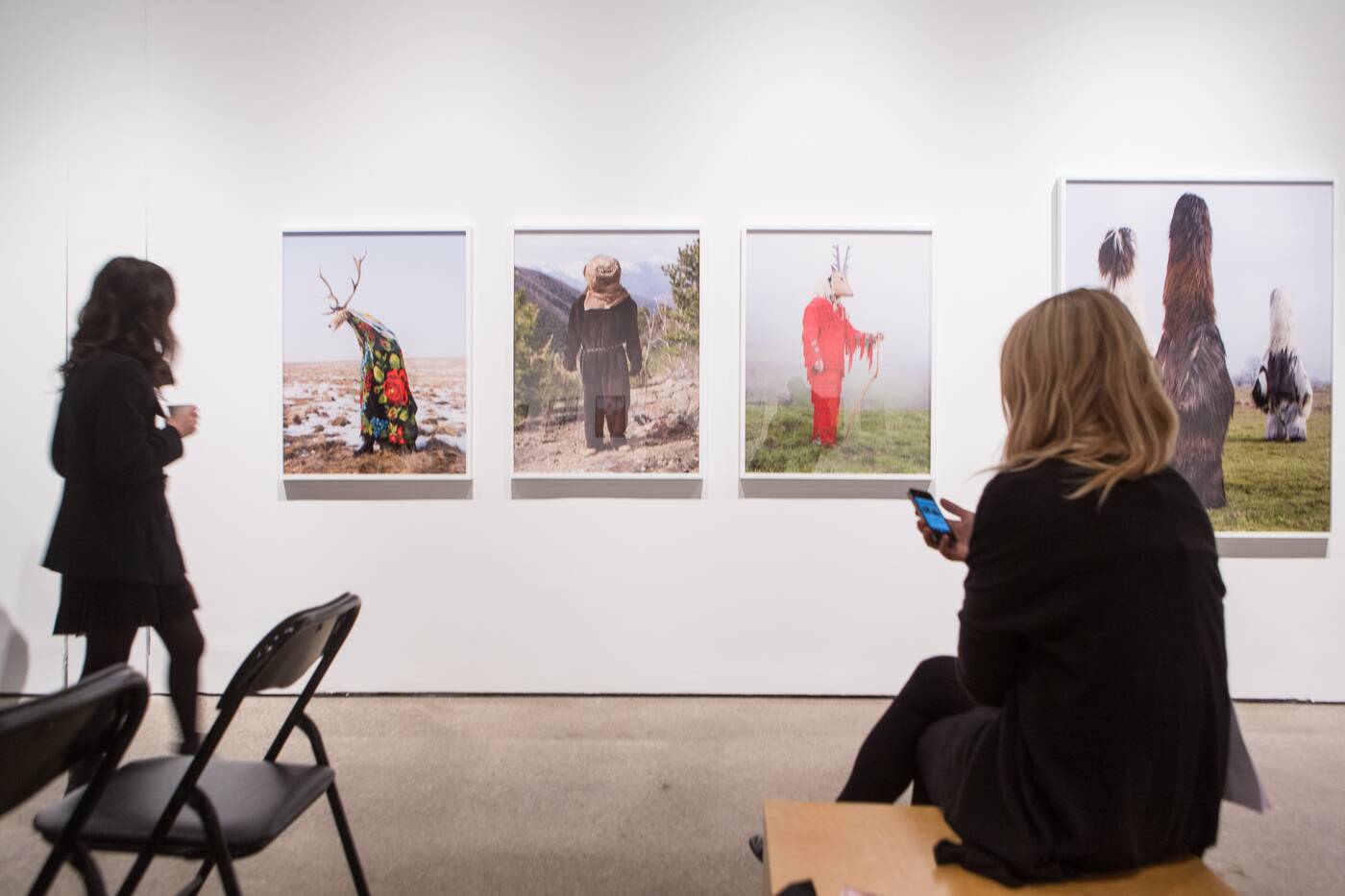 The Contact Photography Festival will showcase more than 200 exhibitions this year. Photo by Andrew Williamson.

Stand in awe of this city-wide photography festival

From April 29 through the end of May, the streets, billboards, signs and walls of Toronto will be a lot more interesting thanks to the Contact Photography Festival.

Give the planet a big hug

There are plenty of ways to celebrate Earth Day (April 22) in Toronto, including early events at the Green Living Show (April 7-9) and the Gladstone's Grow-Op festival (April 19-23).

Get your comic on

The Toronto Comics Arts Fair (May 13-14) is a wonderful weekend of comic artists, vendors, discussions and meet and greets.

The Images Festival is more than a film fest; it's Canada’s largest on and off screen showcase of innovative contemporary art, featuring eight days of screenings, events, performances and exhibitions from April 20-27.

Float around the Don River

Paddle The Don happens May 7 and lets you and a large group of paddlers float down the Don River from Ernest Thompson Seton Park to the mouth at the Keating Channel. 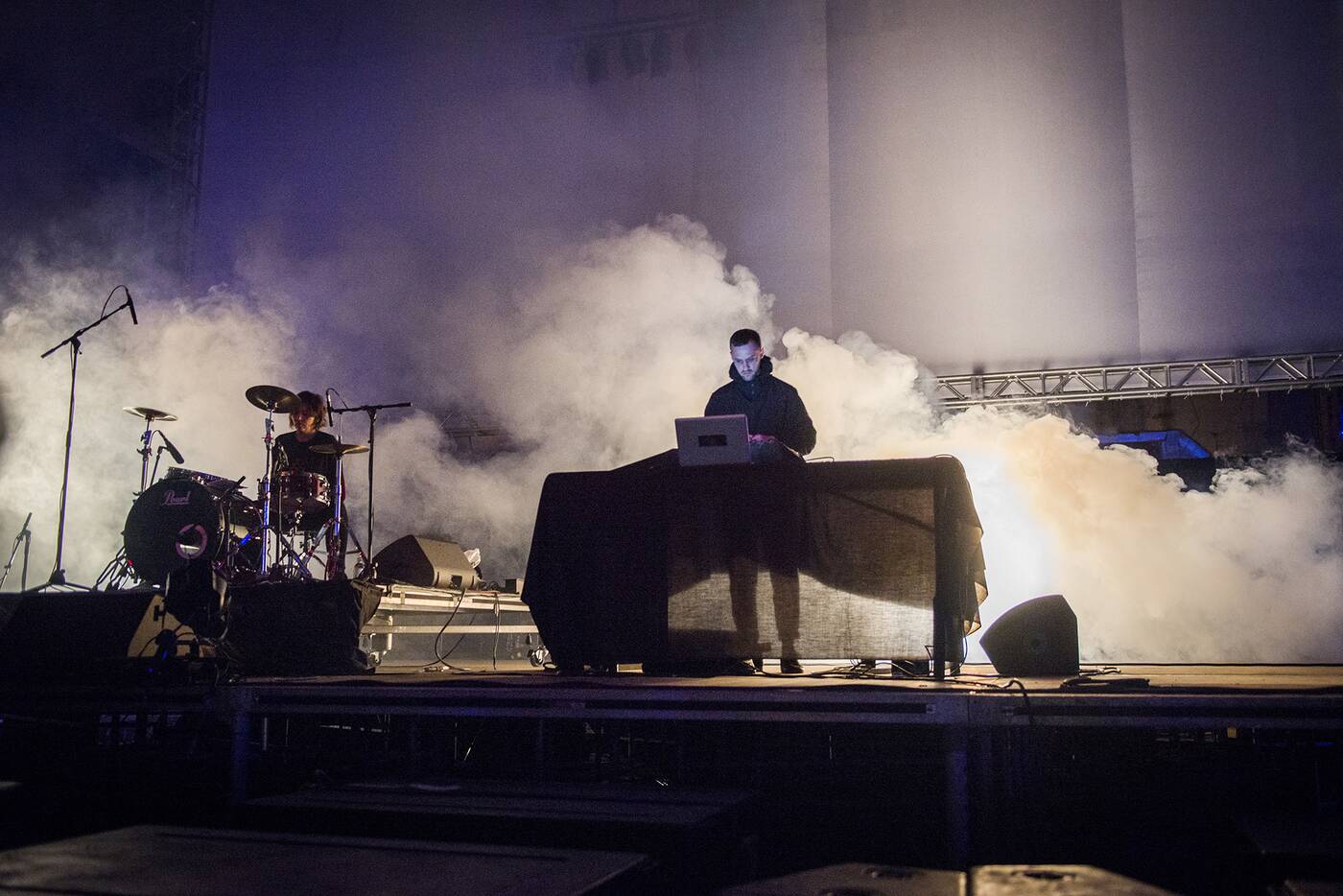 The venue and programming for the 2017 edition of Luminato is still a mystery. Photo by Hector Vasquez.

Immerse yourself in art and performance

From June 14 to 25, Toronto is covered in art of all kinds thanks to Luminato, one of the largest arts festivals in North America.

Ever wanted the keys to the city? That's what you basically get during Doors Open on May 27 and 28, which gives you access to loads of Toronto buildings.

Toronto's Anime North (May 26) is always a spring highlight. It celebrates anime, manga, music, games and all kinds of other branches of Japanese culture.

Feed your brain at a book festival

The BookThug Spring Launch (April 13), Toronto Comic Book Show (April 30), and the Art Book Fair (June 15-18) are just a handful of ways to stick your nose in a book and leave it there until summer arrives.

Big fashion events like the student-run Mass Exodus (April 3-8), the totally unique FAT (April 18-22), the Fashion Fantasy Show (May 23) and the Vintage Clothing Show (April 9) are just three ways to re-think your wardrobe. 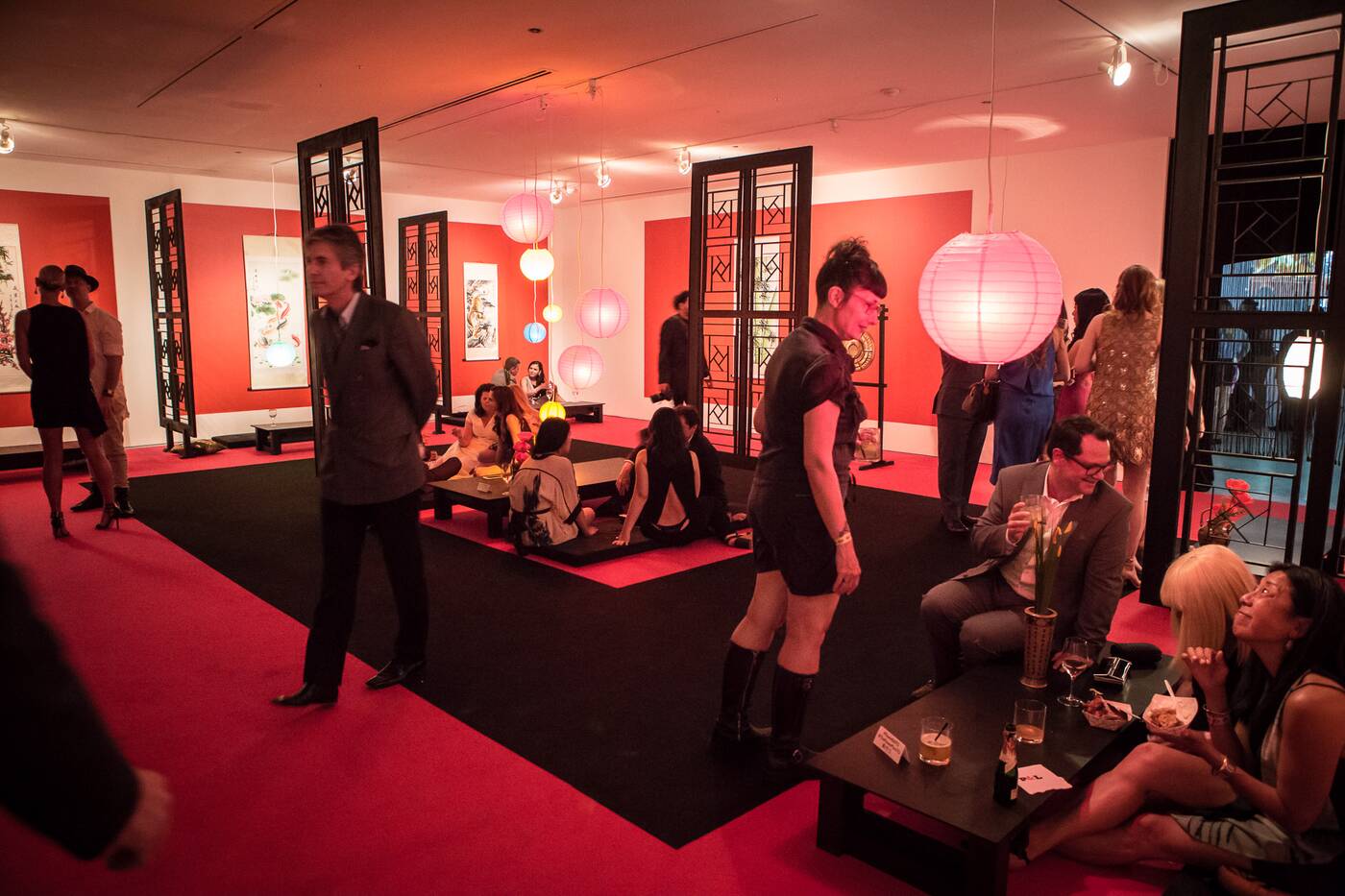 Toronto's art-party of the year, the Powerball, returns to the Power Plant on June 1. Photo by Jesse Milns.

Party at the Power Plant

One of the coolest venues by water hosts a bunch of parties this spring, including Timeraiser, the Powerball and the Afrogalactica performance.

Despite some issues last year, Pride marches on this year and it'll be celebrating with a month's worth of parties at places like the ROM, the AGO, the Aquarium, Harbourfront and TIFF all before summer even starts.

Outside and out of town

Spring is in the air, so take time to reboot your love life with any of these romantic getaway ideas near Toronto.

Get a head start on camping

Feeling adventurous? Get that camping gear out early (or grab some new equipment at some of these shops) and head out of town to one of these stunning provincial parks.

Stay at a small town inn

Unplug your phone, shut down your laptop, grab your coziest outfit and head out of town to stay at one of these picturesque inns or hotels steeped in history and charm.