Eulalie's Corner Store is a new spot in Little India to head for a nosh and a tipple. Tucked away on Ashdale at Gerrard (there's a big arrow sign that points it out), what used to be an amusingly named D'License to Grill Indian restaurant has now been transformed into a small dive bar where half the space has a vintage-flea-market-decor type of vibe.

It's kind of like if your slightly quirky but cool aunt outfitted it (see: Cole & Son wallpaper with flamingo prints ), and the other half is hipster chic (minimal, hanging Edison bulbs). A patio out front looks like it'll be put to good use when the weather warms up. 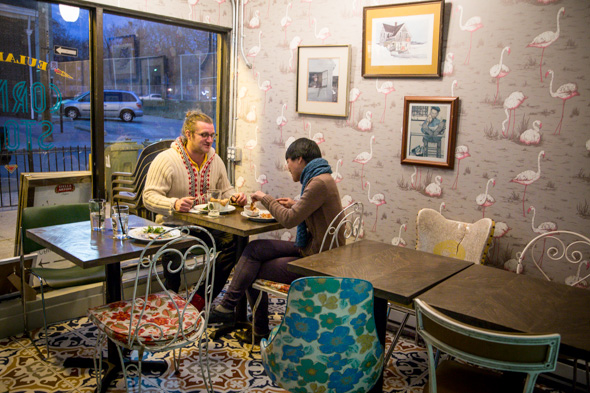 This clearly is no corner store, nor is there a Eulalie who runs it. Owner Nicole Cheung (no relation to this writer) just liked the name - although she now realizes most people will probably mispronounce it (including me; it's yu-lay-lee) - and wanted the place to sound like a friendly neighbourhood hangout. 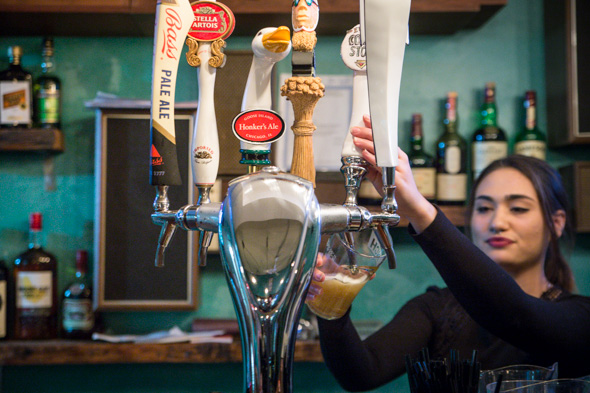 Cheung and her husband Alex Bartlett have lived in the area for about a decade, and now that her youngest son has started kindergarten, she has more free time on her hands to pursue new projects. Bartlett owns Betty's on King and the Pacific Junction Hotel , but Eulalie's is solely Cheung's baby. She just wants to have a place where people can go for drinks and good food in the area, as there really isn't any place like it nearby; it definitely brings a Bloordale / Dundas West aesthetic to this eastern part of town. 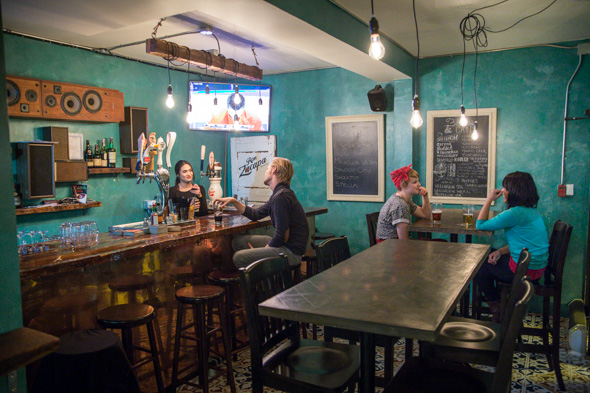 The bar, flanked by two TV screens, has eight beers on tap (pints start at $6.75, with tax), including an eponymous house lager and local craft brews like Left Field Brewery's Prospect: Dr. Rudi, an IPA featuring a New Zealand hop, and Sawdust City Brewing Co.'s Lone Pine IPA. A selection of 28 bottles and tall cans (starting from $6.50 with tax) include ciders and gluten-free options.

As for wine, there are a half-dozen each of reds and whites from all over (Argentina, Canada, France, Italy, New Zealand, South Africa, USA), with glasses ranging from $6 to $8 and bottles from $28 to $45. 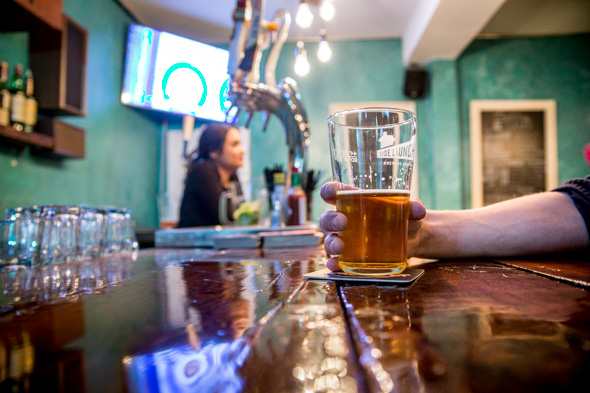 Cheung recruited chef Jenna Rhem, who's had stints working in kitchens at the Pacific Junction Hotel and at The Emerson , to come up with the food menu, which Rhem says is inspired by English country cooking. The fare is elevated, classic pub comfort food, and Rhem makes everything (except the bread) in-house, including the bar snacks, like house-made potato and lotus-root chips with thyme salt and lemon garlic aioli ($3).

A main dish that's a bonafide winner is the fried chicken and potato waffles ($14), served with a house-made plum and red wine preserve. The chicken is crispy on the outside with a hint of spice, and moist and juicy on the inside; the potato waffles are incredibly flavourful and the perfect complement to the chicken, while the preserve adds a touch of sweetness. 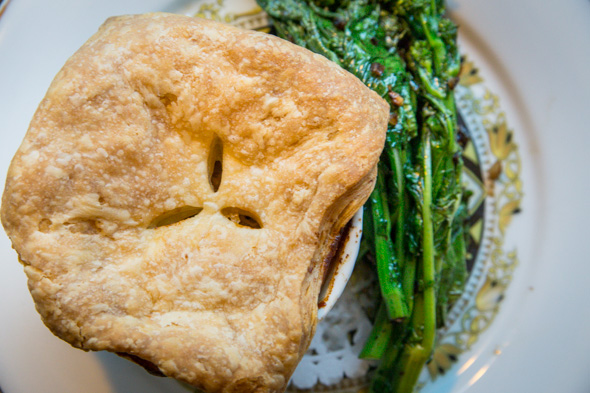 Rabbit pie ($15) is made with Ontario rabbit, cider, apple and parsnip, and is topped with a flaky, house-made puff pastry. Served with a side of sauteed rapini, it's a tasty plate of food I'm pretty certain Mr. McGregor would approve of. 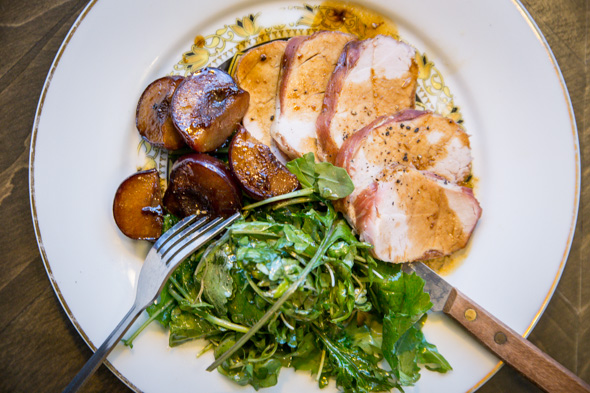 There's also a daily roast and a daily sandwich, and the evening we visit, the roast is pork tenderloin wrapped in prosciutto, served with roasted plum and a small salad of baby kale and arugula ($14). The flavours are satisfying all around, and by this point I'm convinced 22-year-old Rhem can do no wrong when it comes to cooking.

Both Cheung and Rhem are aiming to make Eulalie's a friendly local pub where the food is done right, and it's pretty safe to say they're well on their way to attaining that goal. The food is definitely not an afterthought here. 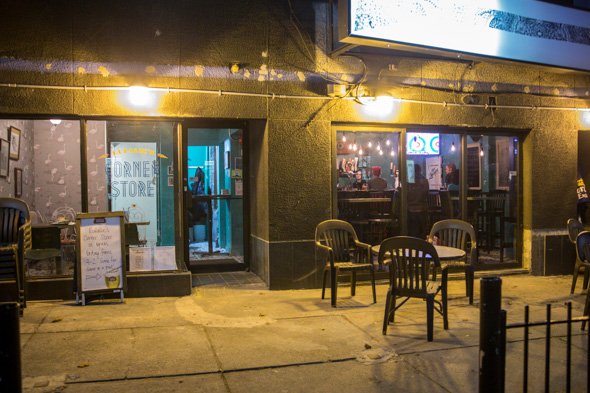