Craft Beer Market Toronto is currently open but their offerings and services may be affected due to the pandemic. Please contact the business directly for more information about any changes. Is this your business? Please contact us if you would like to update this message.

Craft Beer Market has origins in Calgary and have brought 160 taps into a gargantuan multi-level space in Toronto.

Emphasizing not only craft brewing but an almost Guy-Fieri-style food menu that strives toward local ingredients, there are also locations in Edmonton and Vancouver. 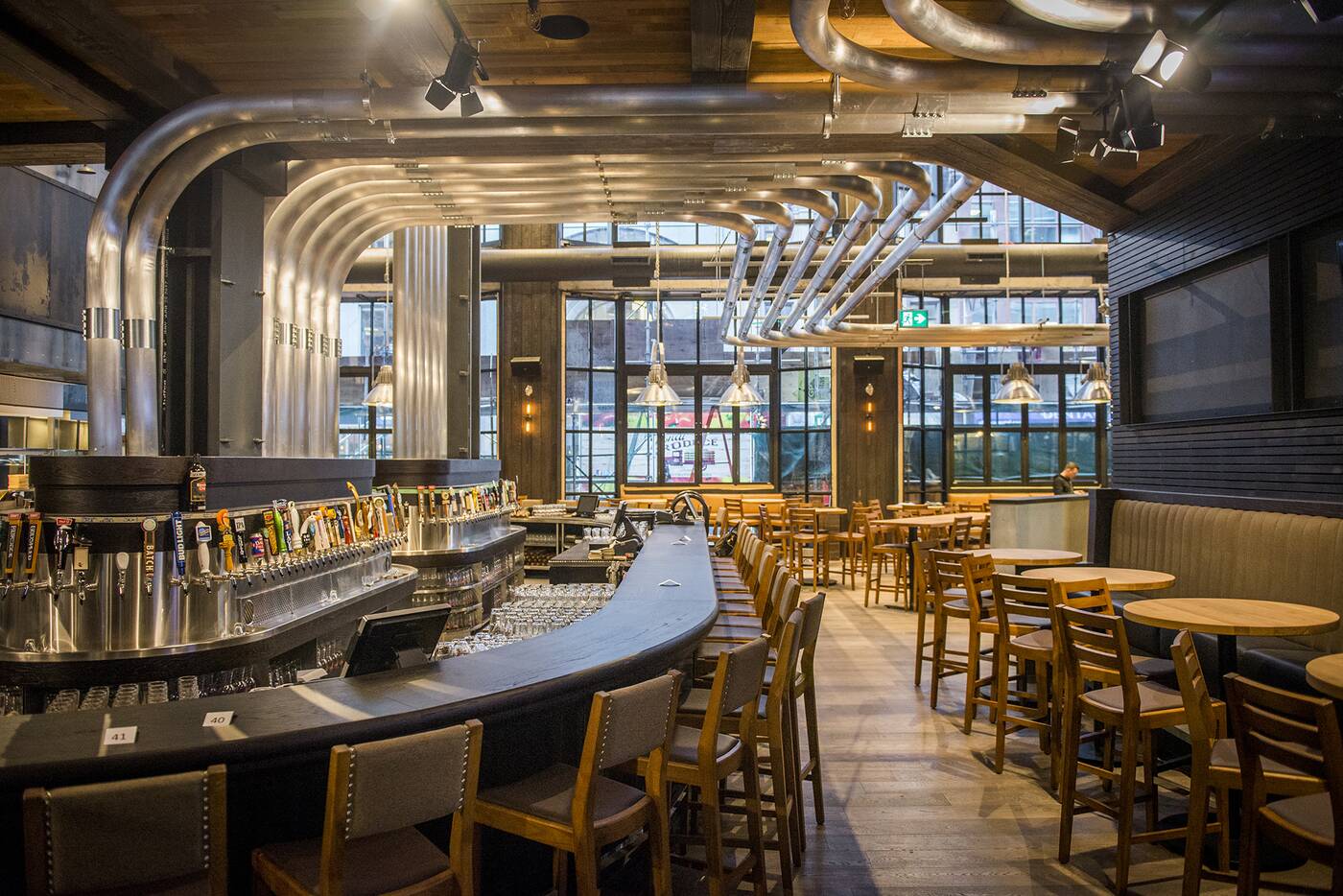 The high-ceilinged space with fans that reach helicopter proportions, lots of metallic elements and a 360 bar that wraps around the tap station was designed, like all Craft locations, by mckinley burkart. 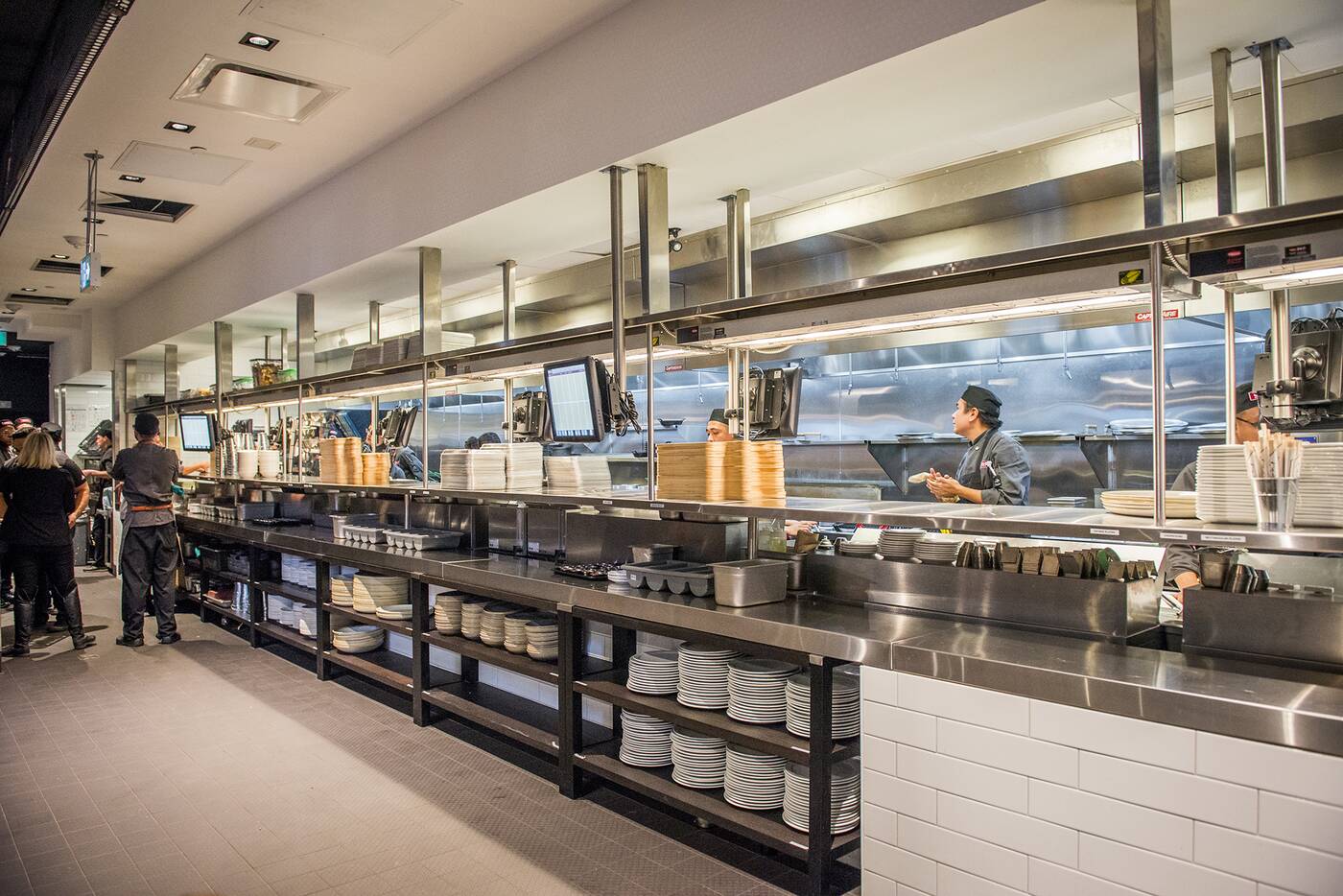 An open pass area lets some of the bustle of the kitchen into the dining area, adding to the industrial feel. 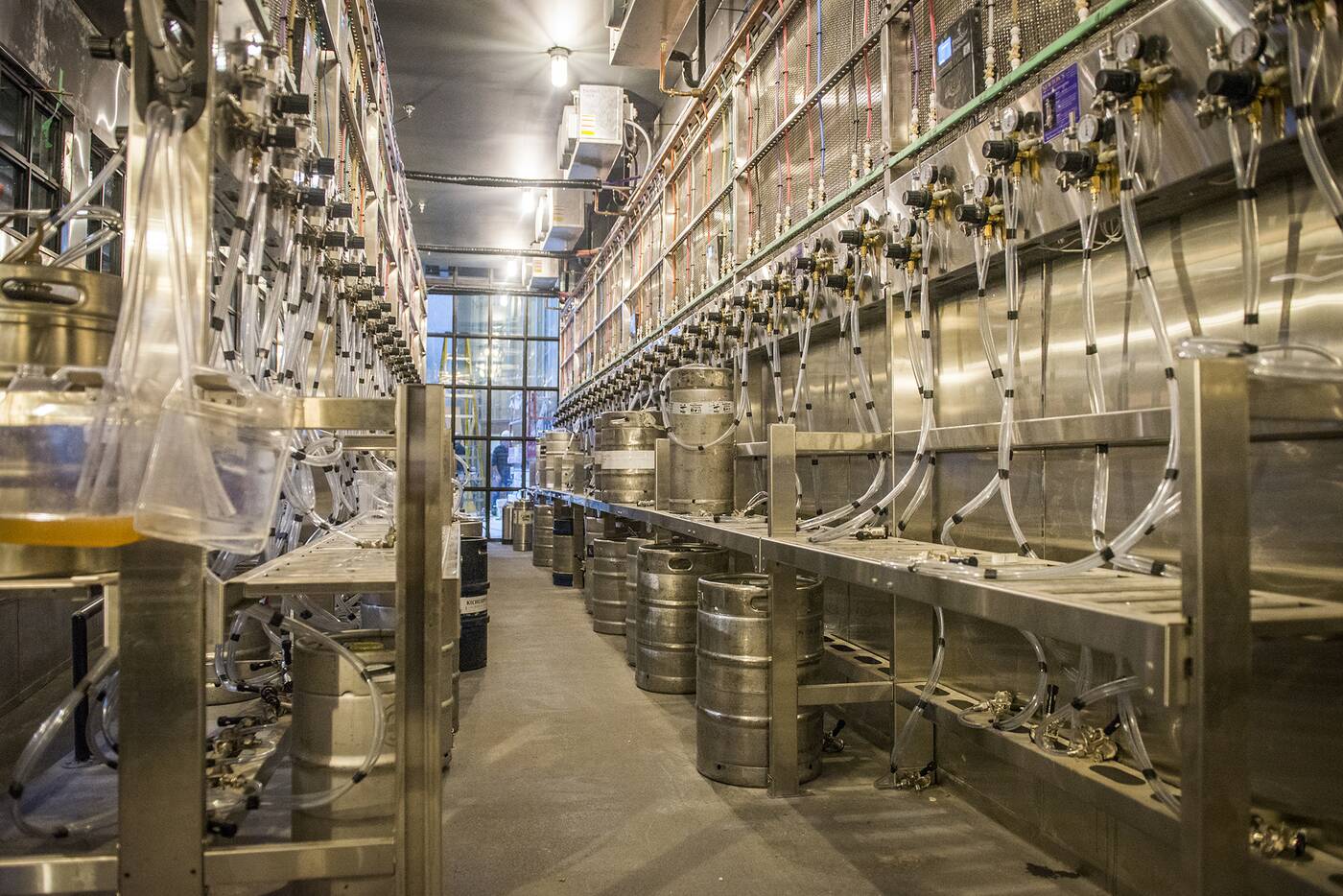 All kegs are kept in what Craft calls their “cathedral to beer” where lines are cleaned every two weeks, which is actually ahead of brewers’ specifications. 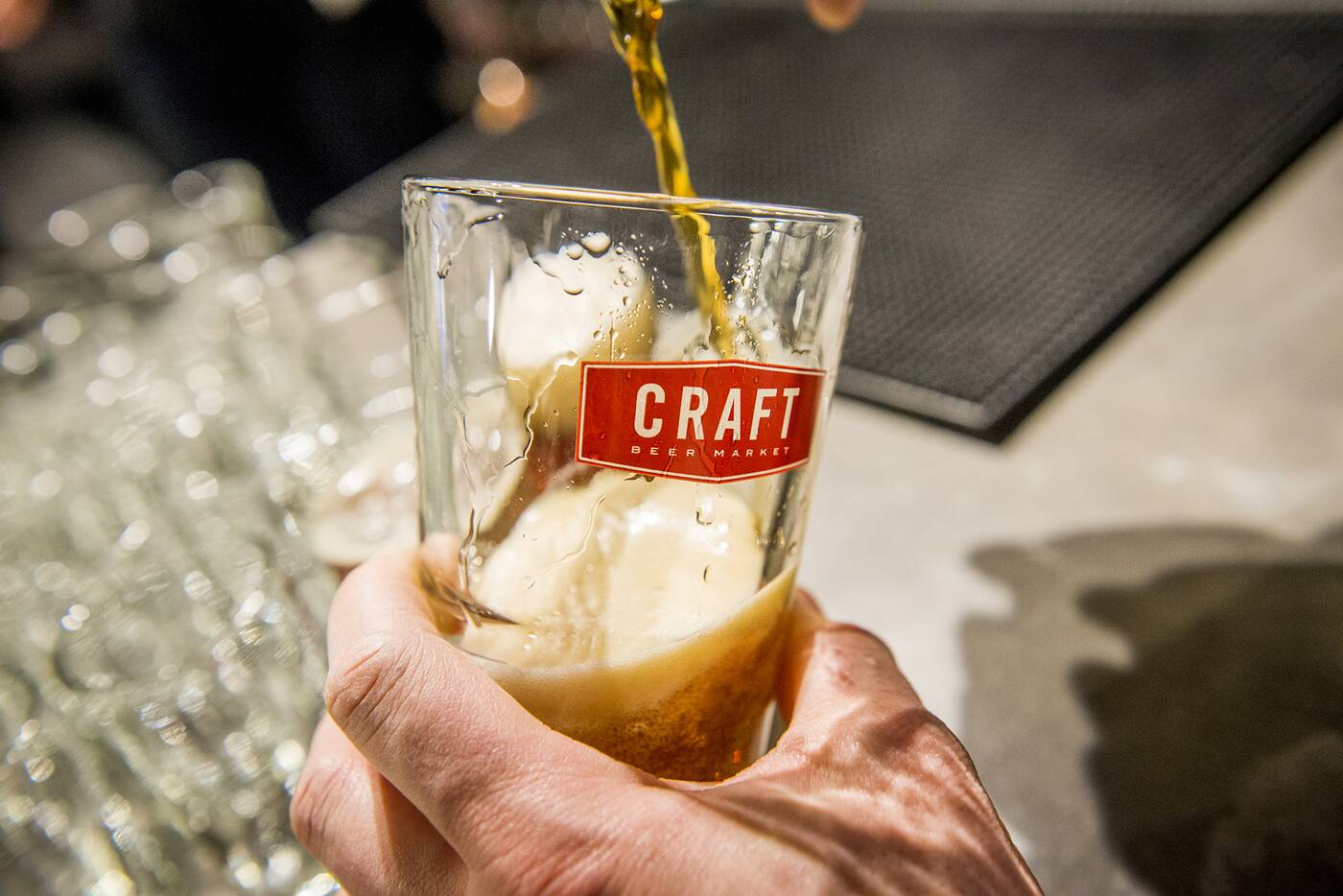 Of the 160 taps, 145 are actually beer, while five are cider, four are white wines, four are reds, one is a local kombucha and another will usually be some local soda like Nickel Brook’s ginger beer. 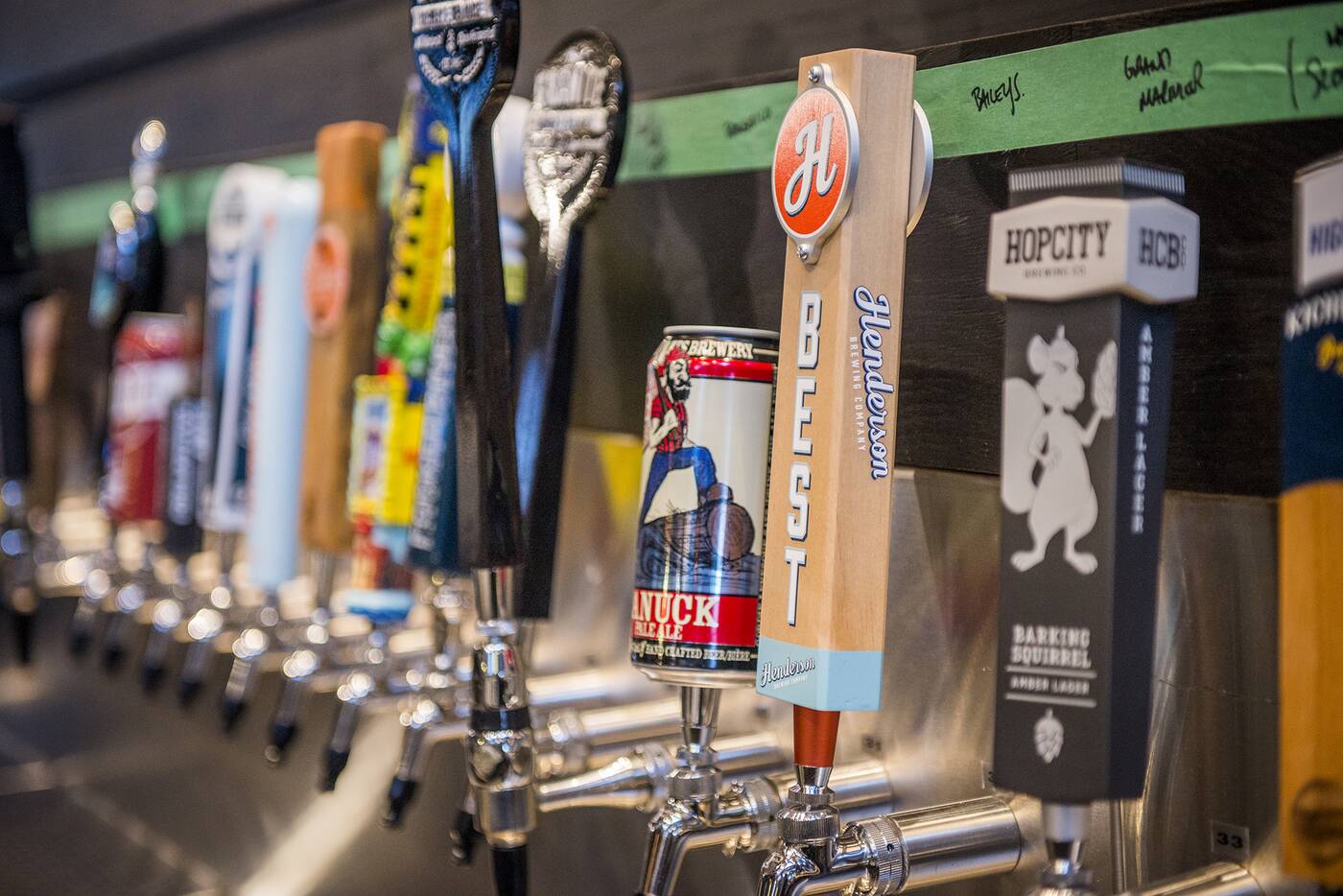 There’s no scarcity of international beers here, but there’s an effort to keep taps 65% local. 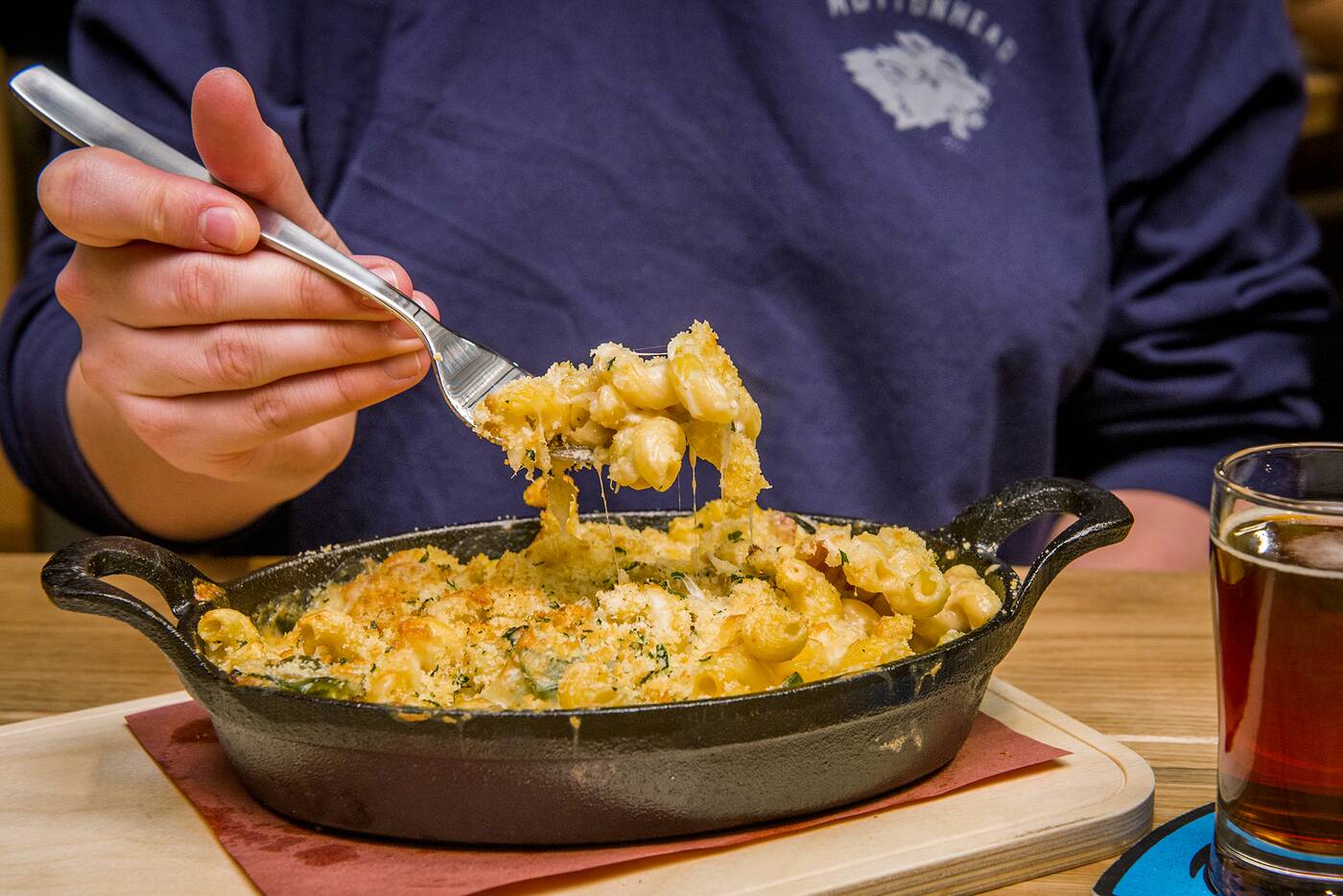 Craft Mac ($17) is studded through with flavourful and texture-adding poblanos and bacon. 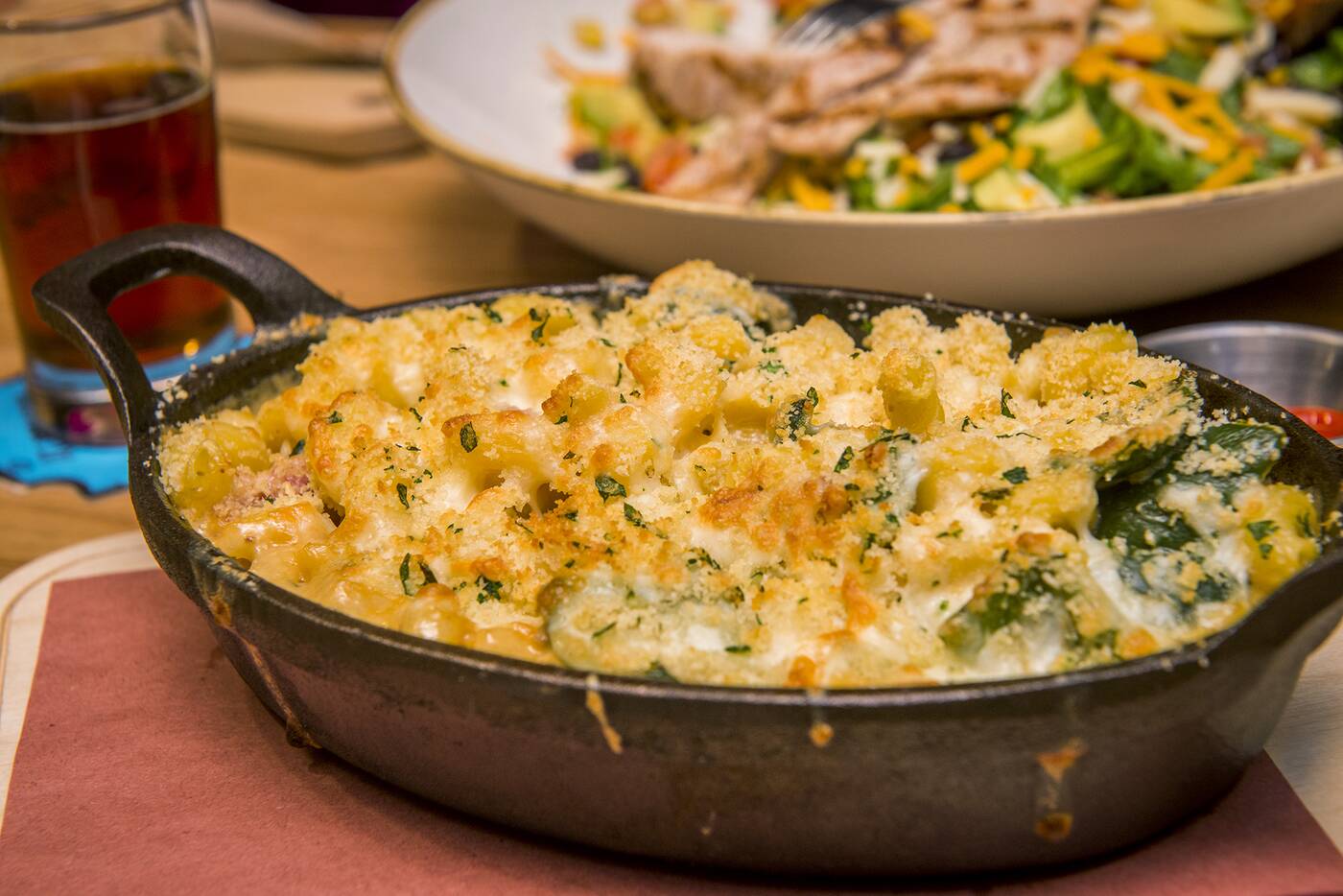 It’s expensive, but it uses gouda, mozzarella, cheddar and Swiss and has parsley and garlic breadcrumbs on top. 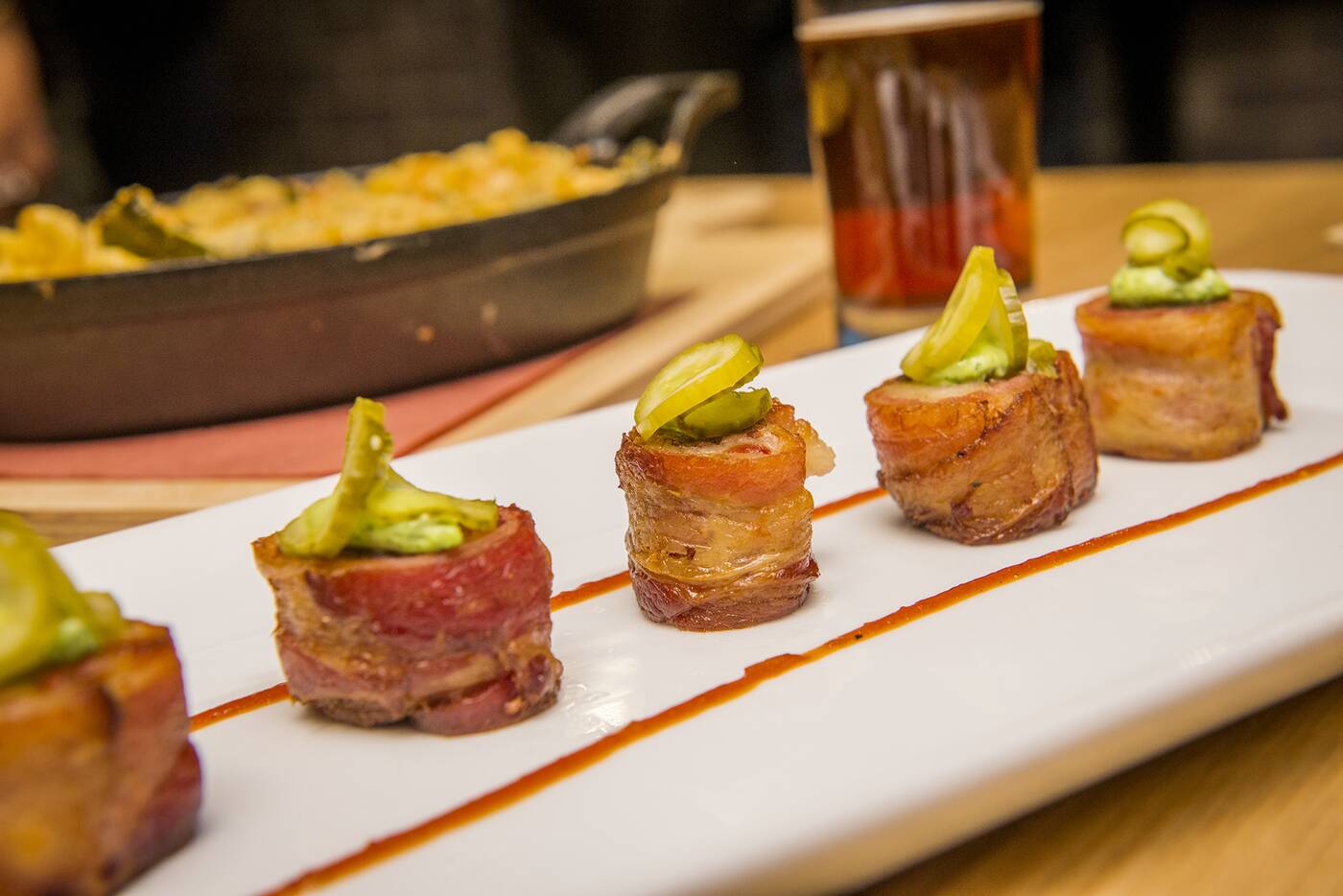 “Fast Food Sushi” ($14) as it’s called is cheeseburger and fries wrapped in bacon with jalapeno cream cheese topped with pickles and served with a scant line of BBQ sauce. It’s a salt bomb, but it mostly just tastes like bacon so there’s that. 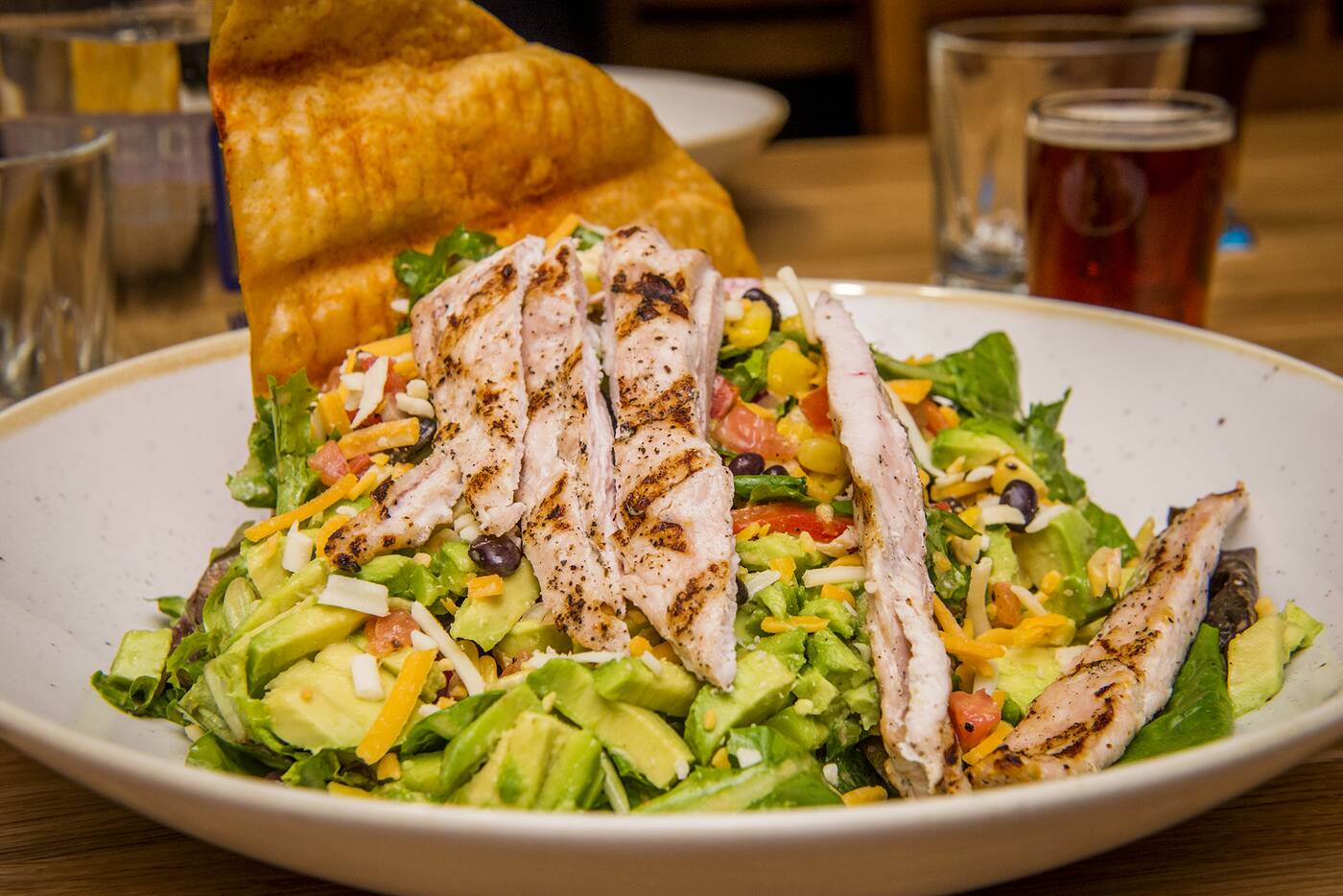 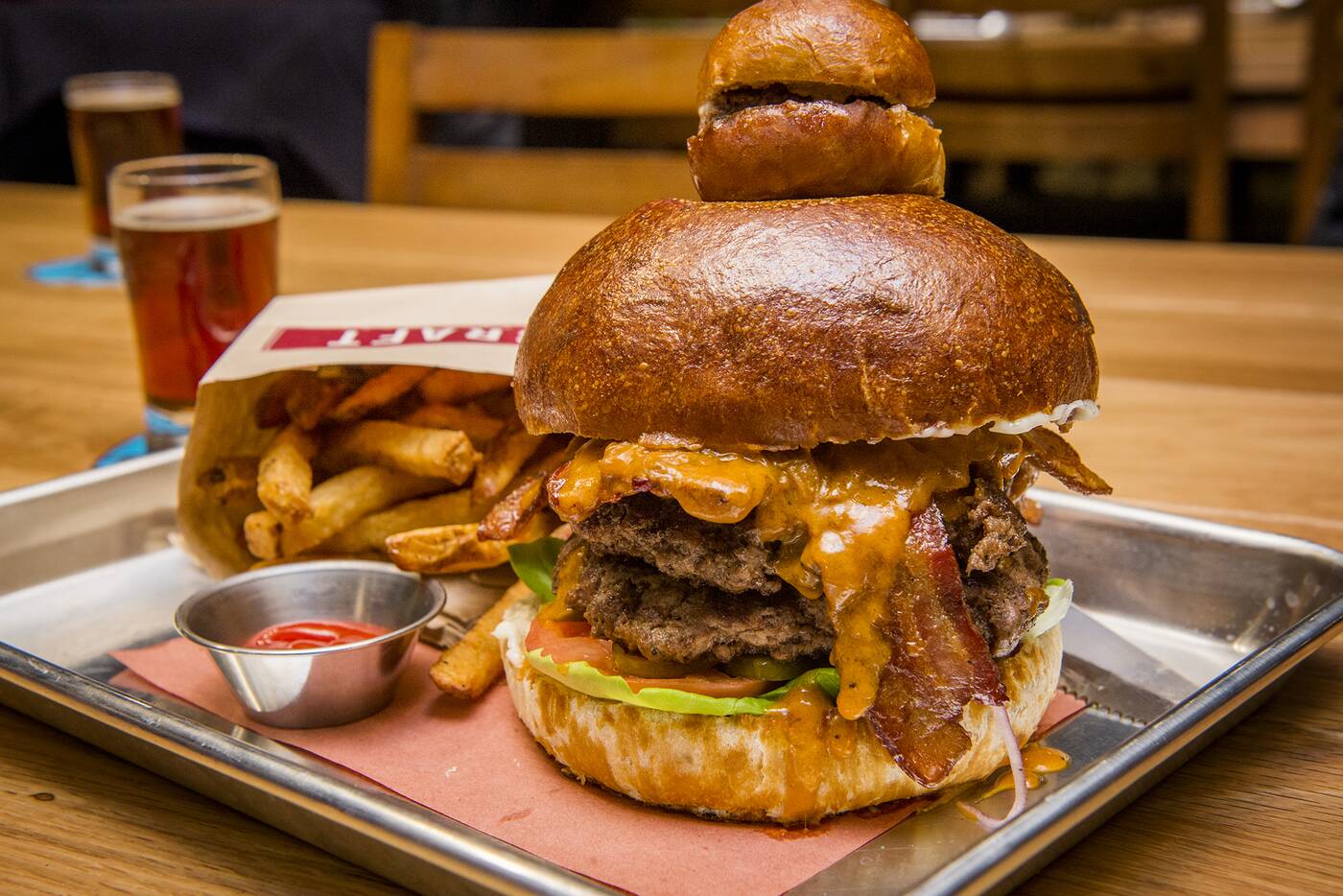 The “20 Napkin Burger” rings in at a whopping $26.50. This double burger made from premium Durham Ontario beef is topped with brisket, bacon, house cheese sauce, lettuce, tomato and onion, and a slider on top to boot. Fries are hand cut fresh every day, and they’re pretty darn good. 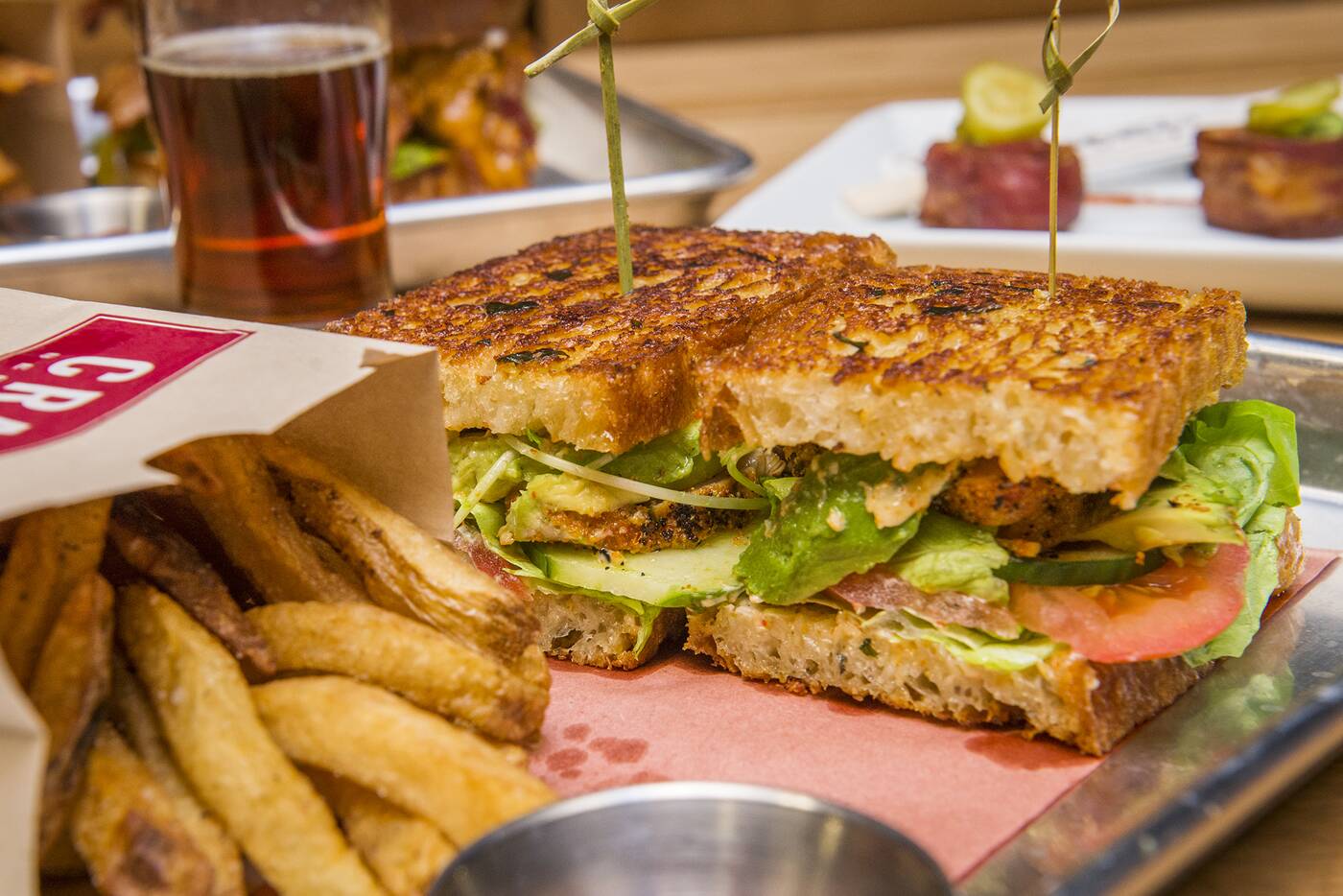 The T.L.T. ($17.50) is still pricey though slightly more manageable and unexpectedly flavourful and spicy. I’m a sucker for the seared tuna and togarashi aioli, on toasted focaccia with pea shoots, avocado, onion, cucumber and of course, lettuce and tomato. 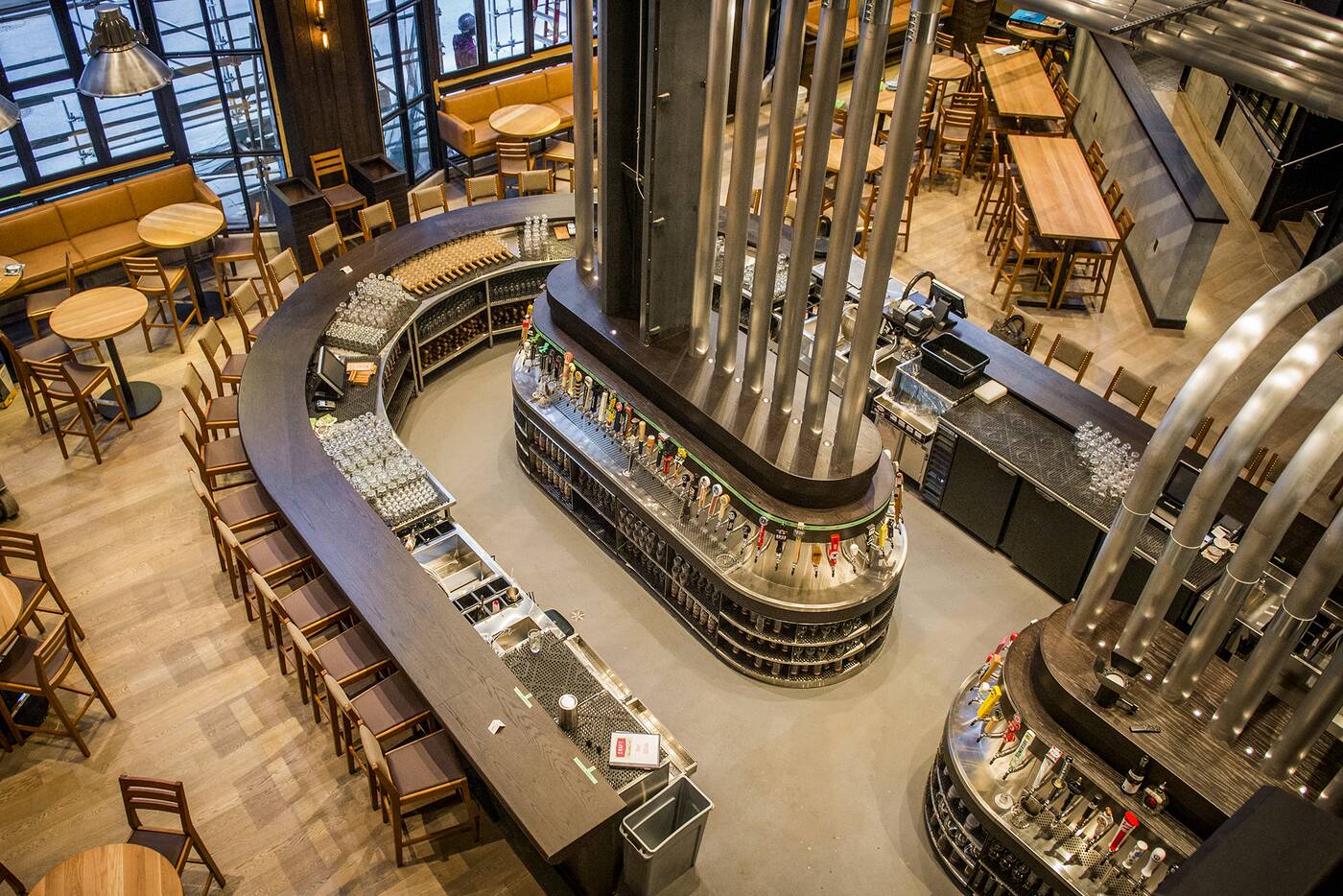 Beer pairings and suggestions for them abound, obviously. I like a good old Henderson’s Best with fast food options and a Side Launch Wheat with lighter items, but of course there are more than enough options to choose from.