Do you want to feel small? Insignificant? Unaccomplished? Or maybe you just want to gawk slackjawed at the gaudy, over-the-top lifestyles of Toronto's upper crust.

Either way, the Bridle Path neighbourhood is the city's premier destination to stare longingly, or perhaps in disgust, at the enormous and ostentatious mansions of the 416's Millionaires Row. 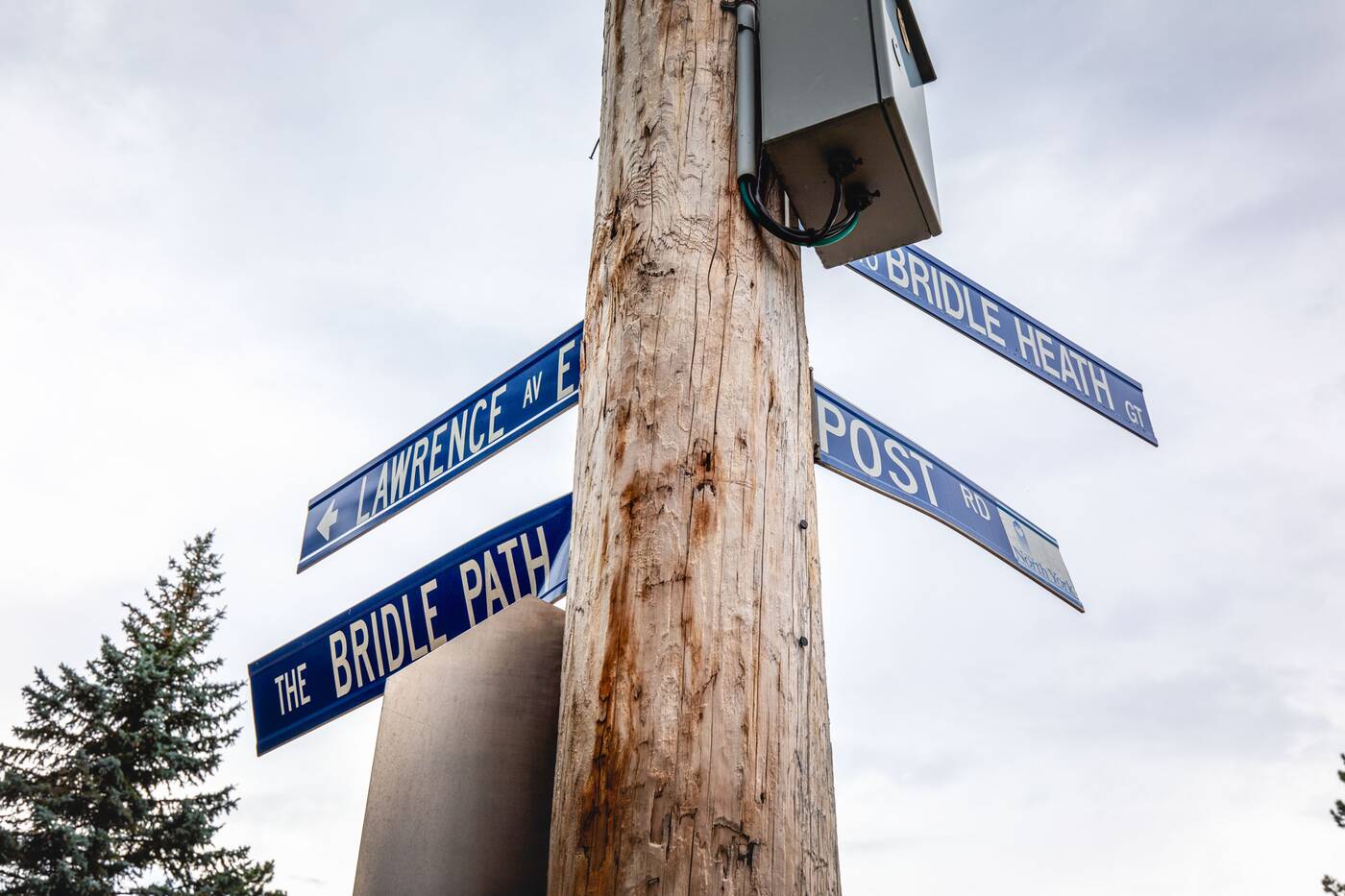 They say that money can't buy taste, and you don't have to look too hard to find glaring examples of this old adage in some wealthy neighbourhoods.

Massive porticos with unnecessary columns, gold detailing, and other questionable architectural choices form a hyper-local design language that looks closer to a collection of Floridian country clubs than their apparent old-world inspiration. 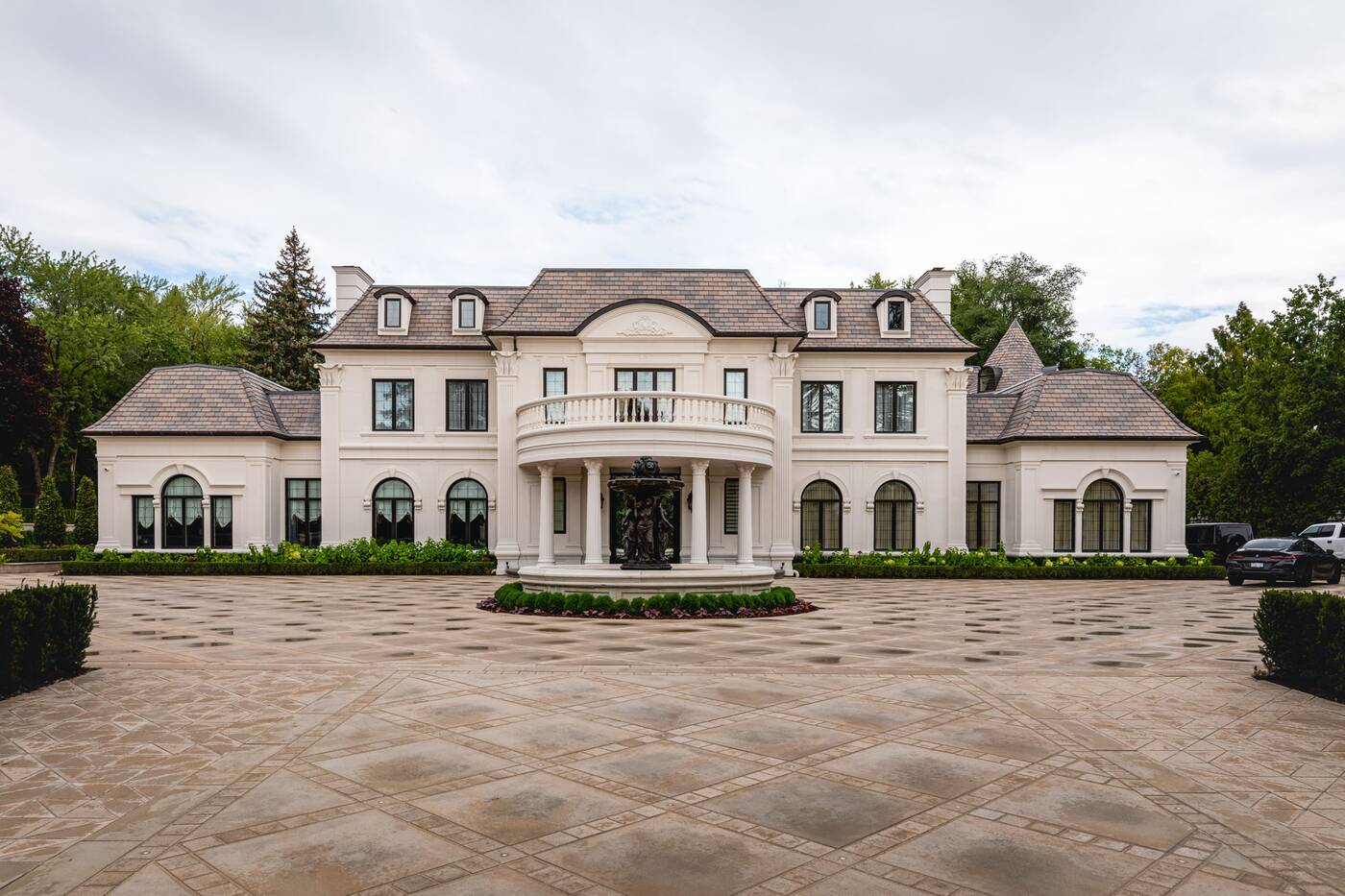 There are some restrained houses that predate the monster home boom ongoing since the 2000s, but the majority of the Bridle Path's housing reads like the architectural equivalent of some polo-shirted finance bro screaming, "hey, look at how much money I make" at a King West bar.

Or, in the case of the photo below, the built-form version of an Ivy League graduate and rowing club alum who wears sweater vests and speaks with a Mid-Atlantic accent. 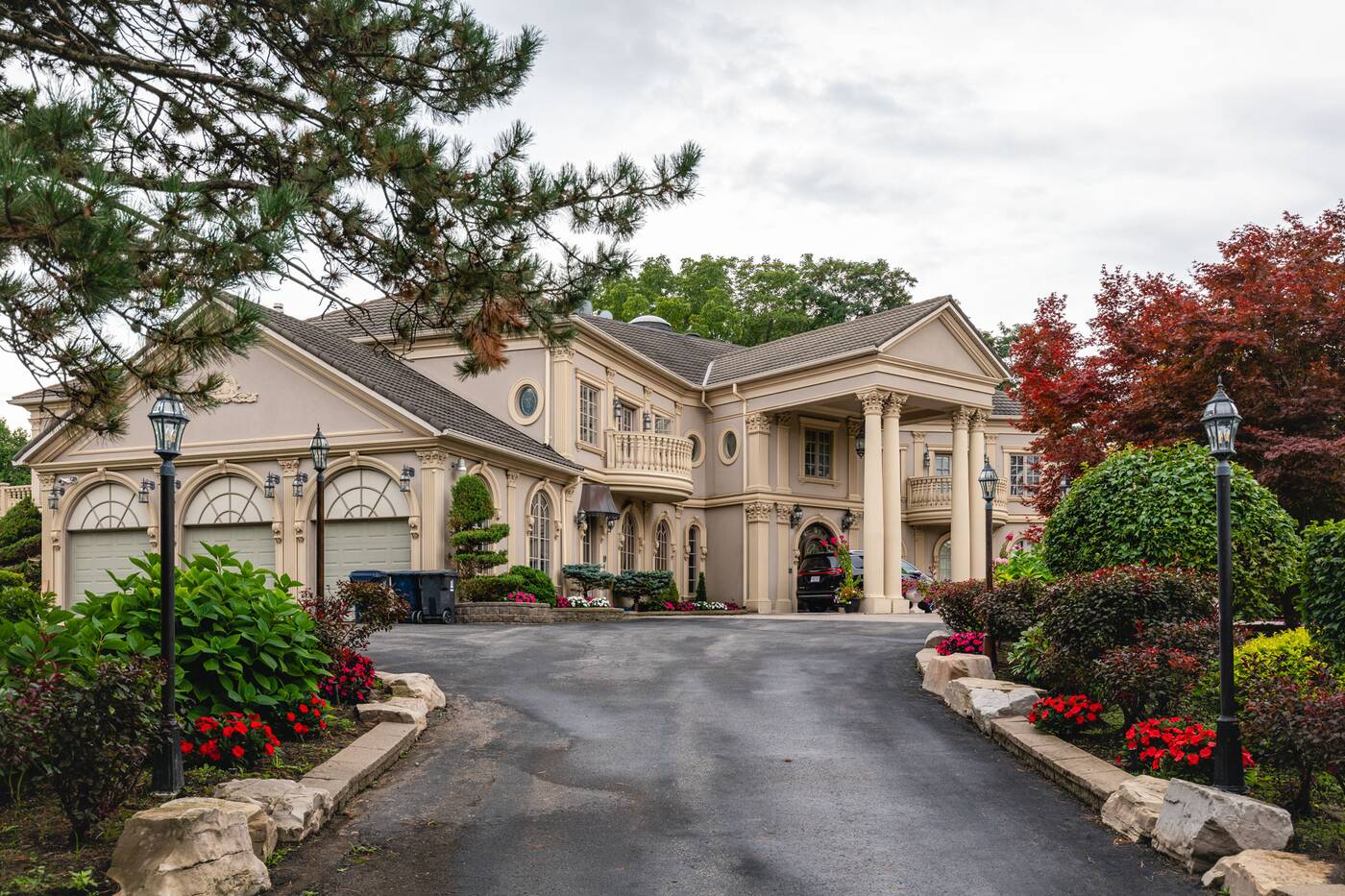 Despite the architectural atrocities committed around these parts, the neighbourhood is often home to the most expensive house sales of the year, with 2021's priciest Toronto home sold at 71 The Bridle Path.

This palatial Neoclassical style estate went for a staggering $23,850,000. 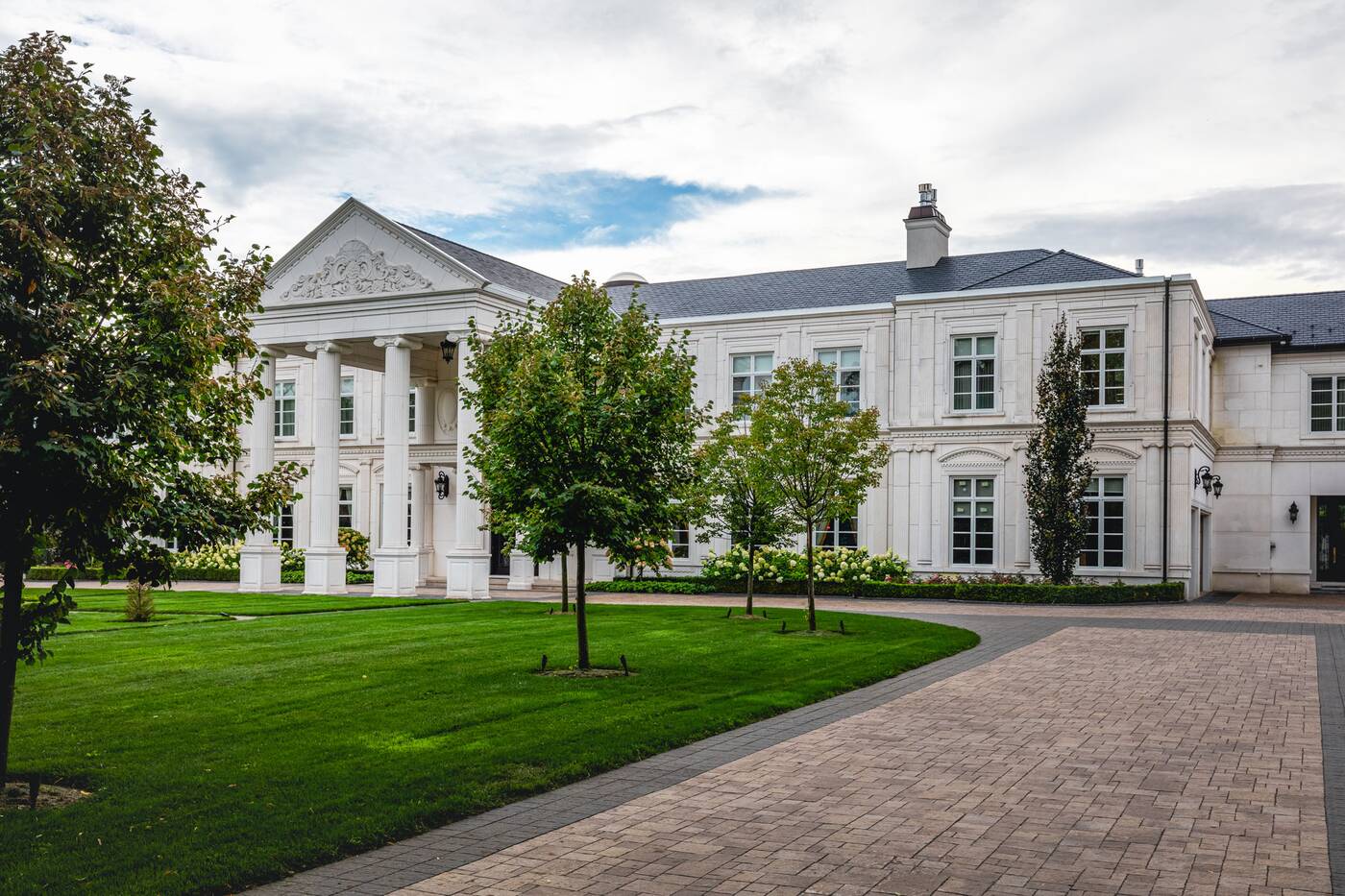 One of the more recent additions to the neighbourhood can be found at 7 High Point Road, built in 2021 and sold for a hefty $10.9 million.

The sprawling 22,000-square-foot house sits on a two-acre site, and there's plenty of room for your luxury car collection with a five-car garage. And check out those sweet lions guarding the fancy front gate. 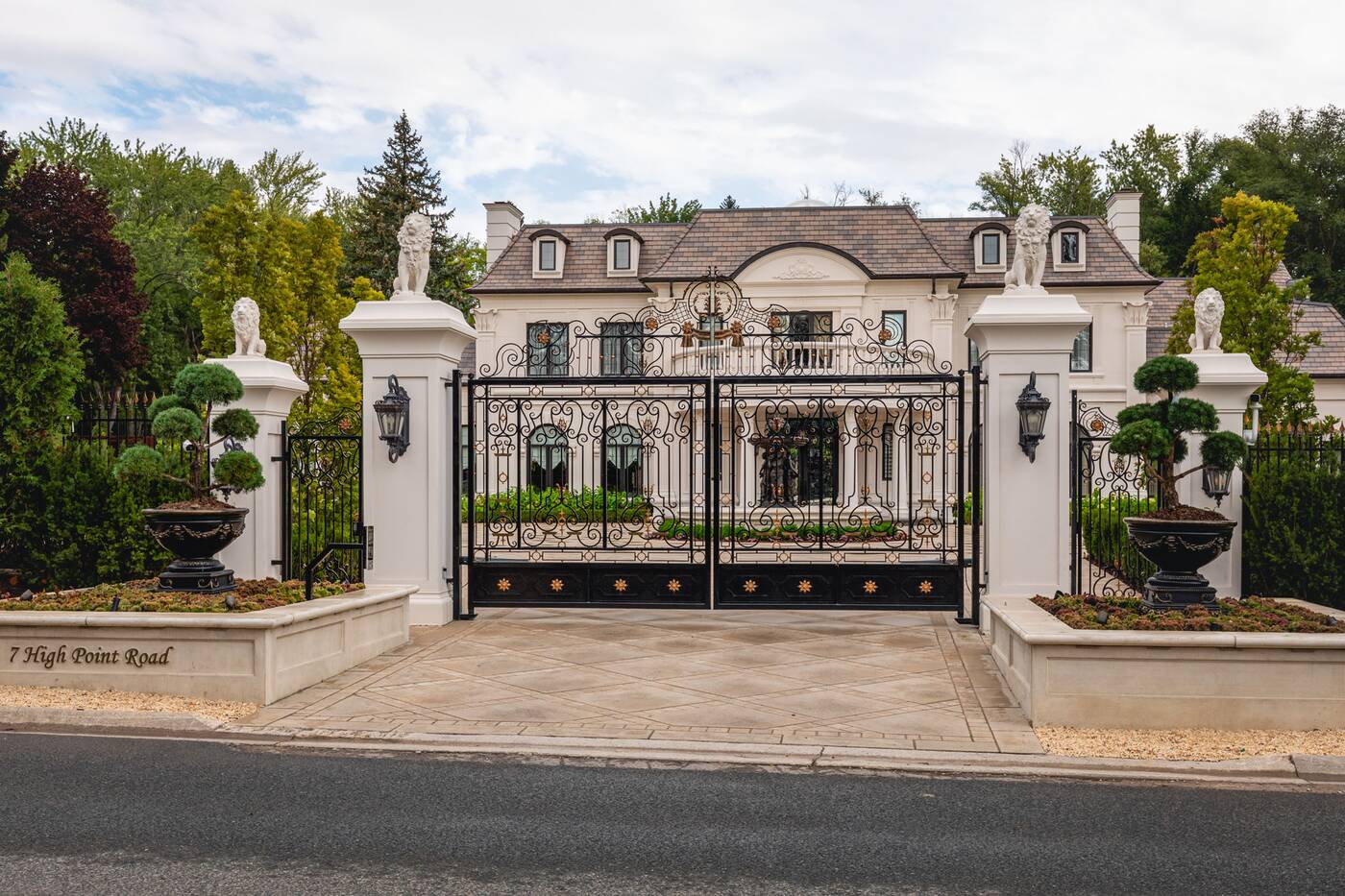 Just across the street, another recently-built mansion at 8 High Point Road is ridiculously huge, even by Bridle Path standards. The 21,000-square-foot castle — which sold for a reported $19,380,000 — features 15 bathrooms, which means you could clog 14 different toilets and still not have to summon any servants. 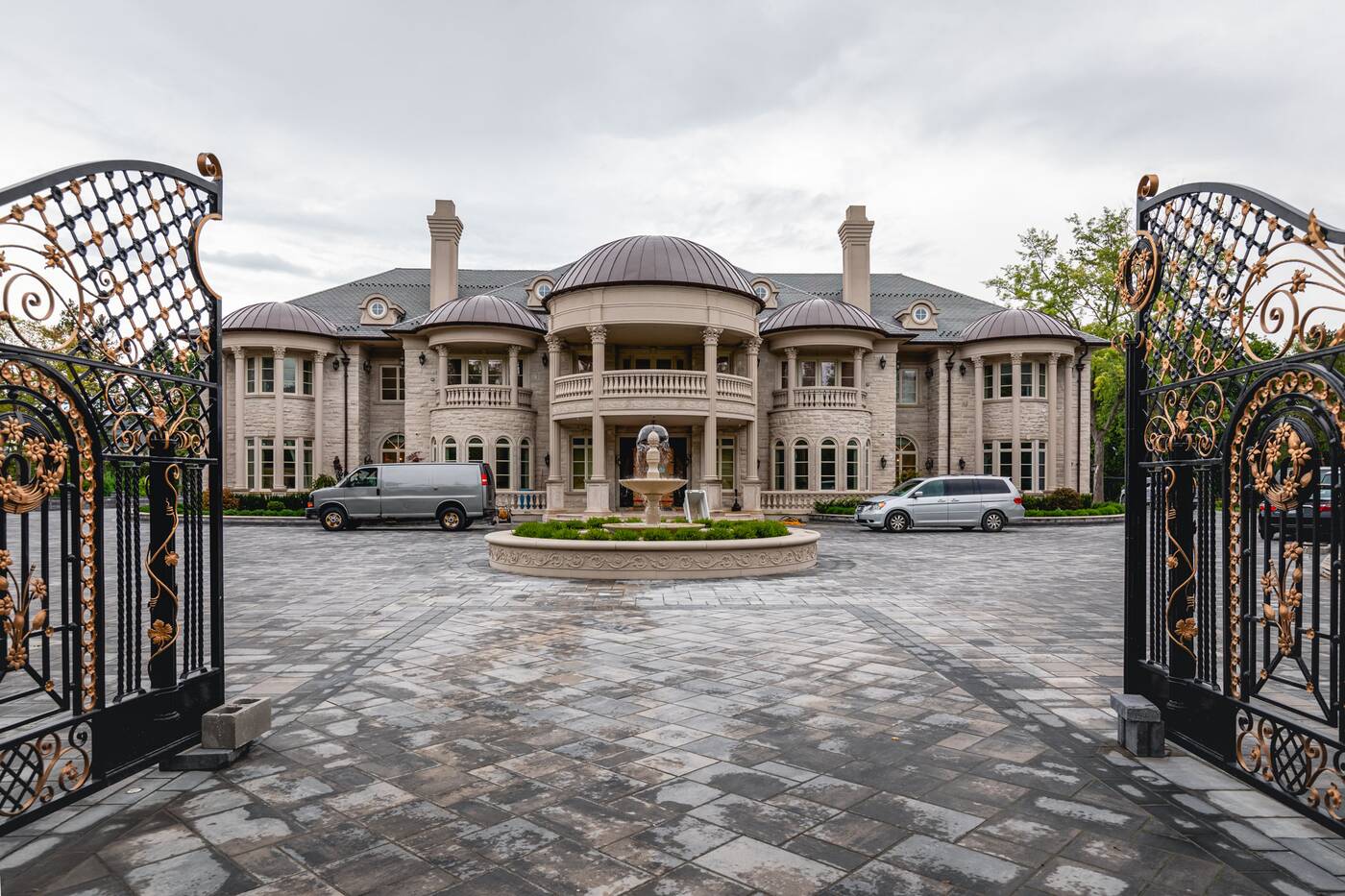 Many houses are not as easy to view from the sidewalks, including current and former homes to music royalty.

At 61 The Bridle Path, a six-bedroom, 10-bathroom home with approximately 14,280 square feet of living space was once home to the legendary Prince. It has gone on the market a few times since the late musician vacated, most recently in the $17 million range.

Unless you climb through the weeds, you're going to have to settle for a view of the gate. 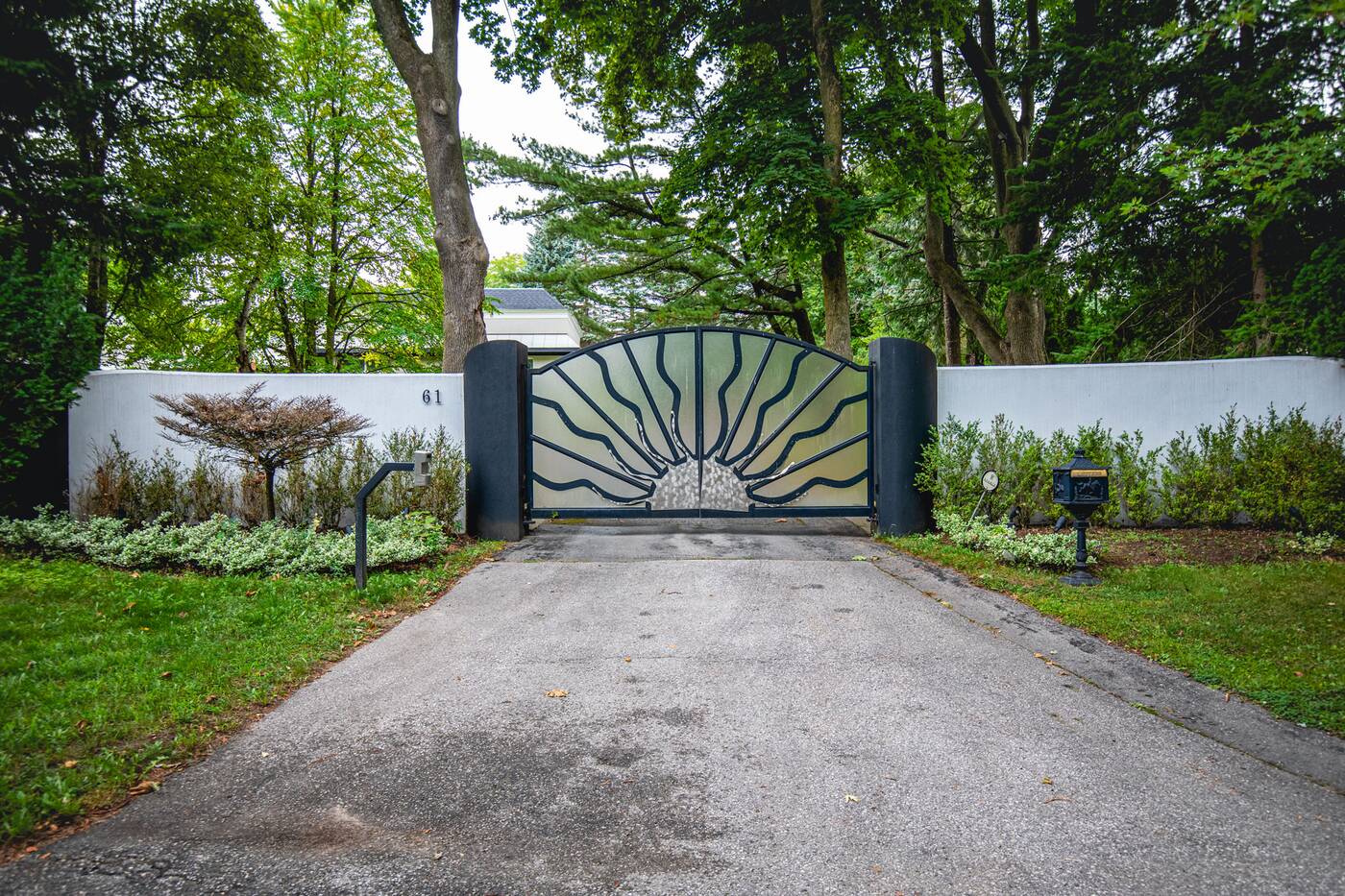 But, of course, the area's most famous resident is Drake, who owns a 35,000 square-foot, $100 million mansion at 21 Park Lane Circle, known as The Embassy. 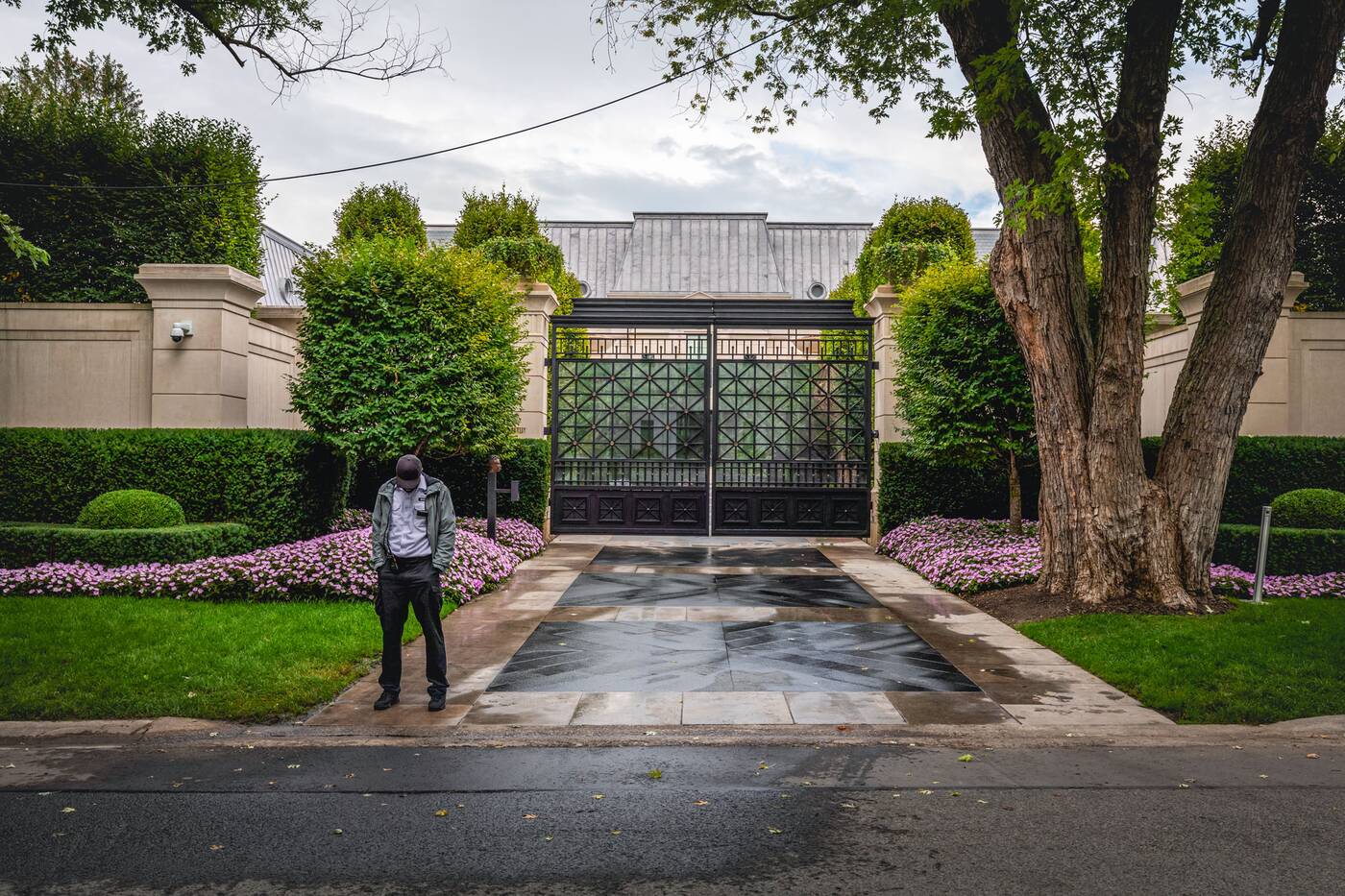 This property is best described as a compound, with fortress-like walls that obscure views of onlookers and 24-hour security guards to remind you that someone important resides within.

blogTO video host Taylor offers a hilarious breakdown of five obnoxiously large houses in the Bridle Path neighbourhood that, in his very accurate words, "made us feel like absolute peasants."

Motorists can easily see the homes for themselves, but the area is a little harder to access on foot or bike, seemingly by design. 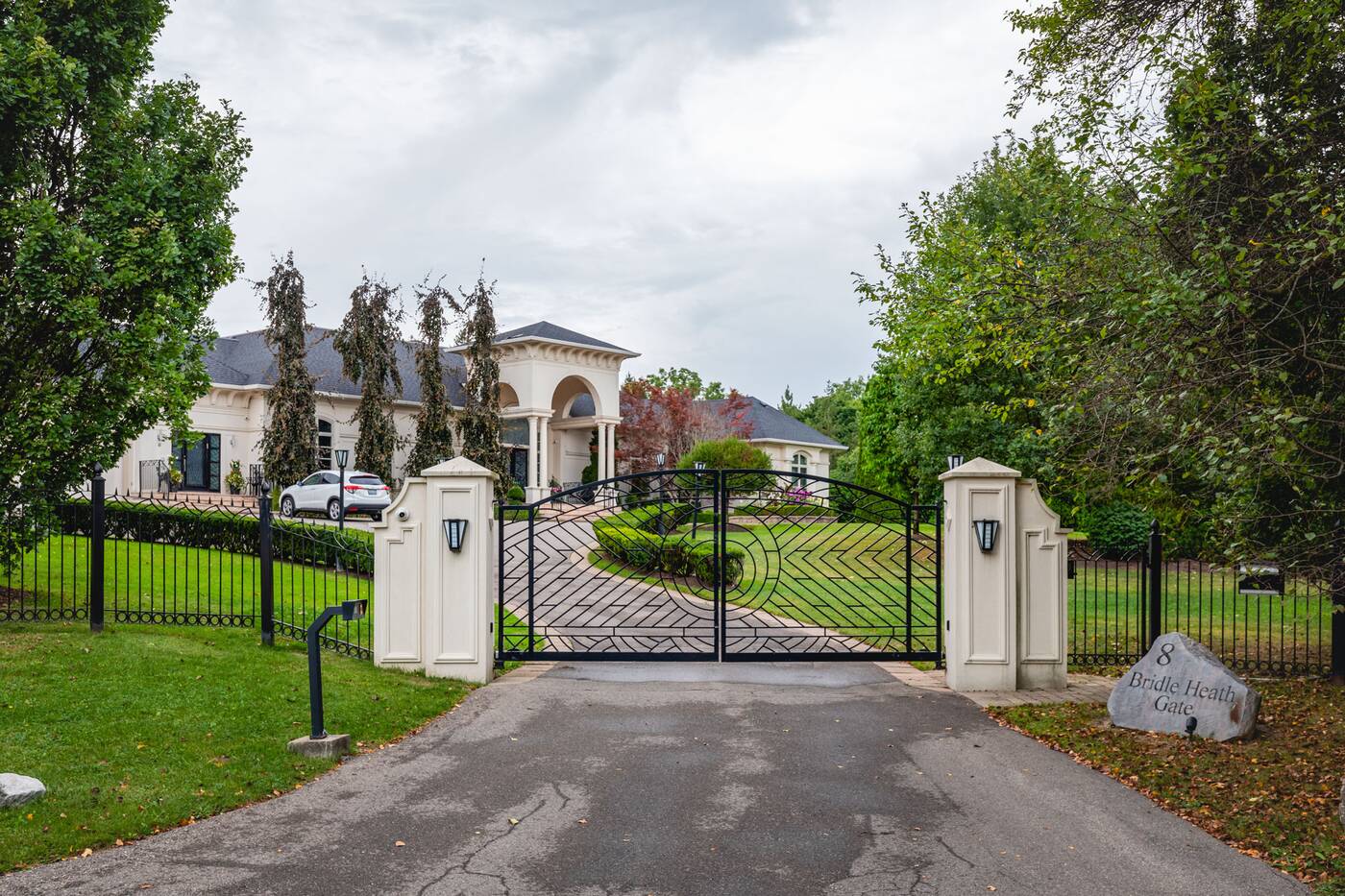 There are only two ways in and out of the wealthy enclave, zero cycling infrastructure to speak of, and a disconnected sidewalk grid.