Toronto’s Bridle Path neighbourhood is home to some of the city’s wealthiest residents. Otherwise known as “Millionaires’ Row,” the streets are lined with luxury homes, exclusive clubs and gorgeous greenery.

The area gets its name from the infamous road, The Bridle Path, which forms the northern border. The rest of the neighbourhood is bounded roughly by Sunnybrook Health Sciences Centre to the south, Bayview Avenue to the west and Wilket Creek to the east.

One of the earliest settlers in the area was Scottish miller Alexander Milne, who built his family business on the site of present-day Edwards Gardens in the early 1800s.

For a couple of decades he operated several mills along the Wilket Creek, but the rest of the area largely remained farmland until the 1900s.

In 1929 the Bayview Bridge was built over the Don River Valley, sparking interest for development in the area. 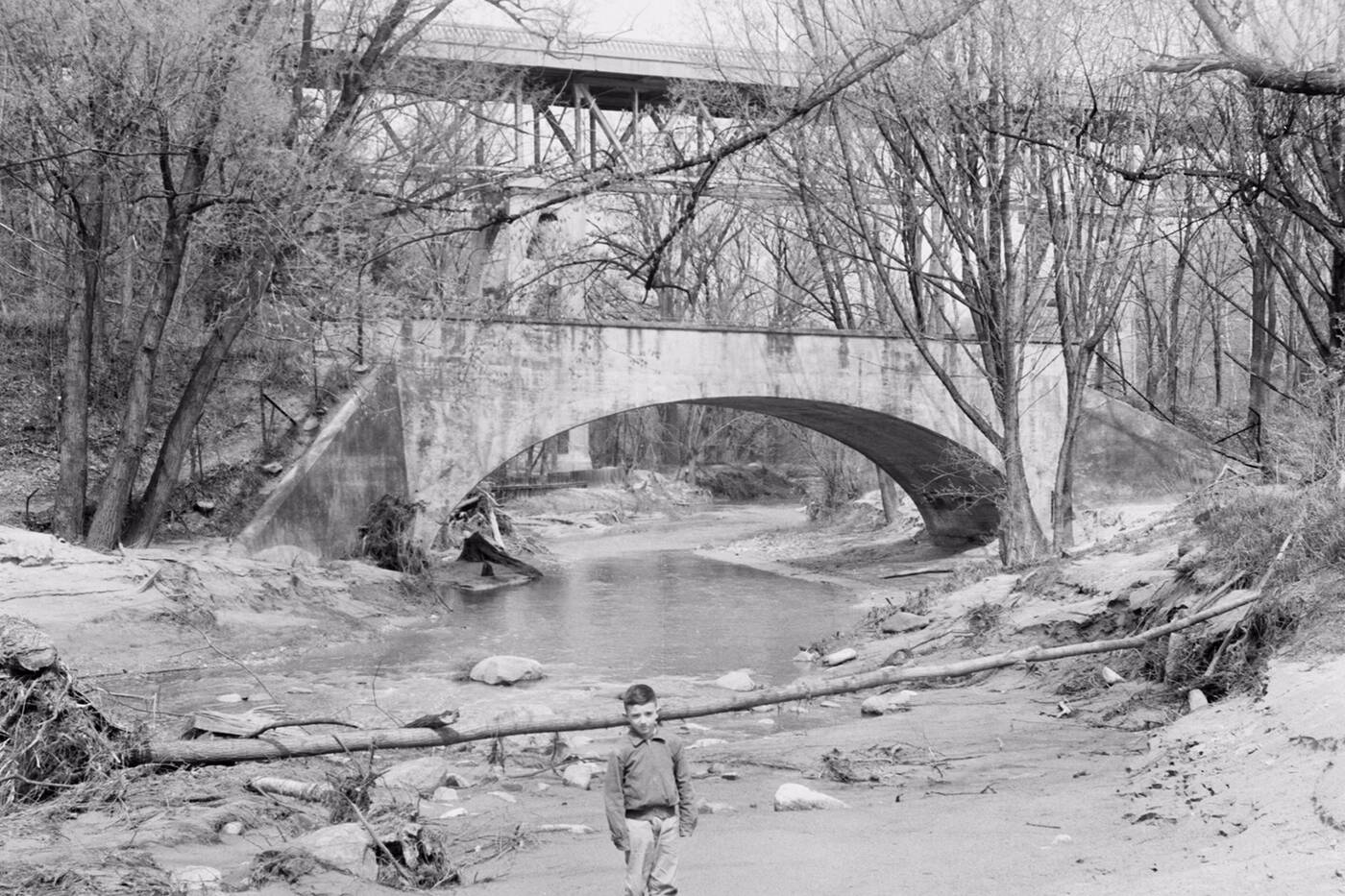 According to this City of Toronto document, Toronto real estate developer Hubert Daniel Bull Page and his brother, designer Forsey Page, played a large role in the early years of the Bridle Path.

Hubert envisioned the area as an exclusive enclave of estate homes and along with his brother designed the neighbourhood’s first house at 2 The Bridle Path. It was known for its distinct Cape Cod Colonial style and is called the Hubert Page House to this day.

The name the Bridle Path came from the area’s original plan for a system of bridle paths, otherwise known as tracks used for horseback riding.

This was because prior to serious development of the area, most of the residents rode horses. While the paths are now all paved roads and no horses roam the streets, the neighbourhood’s name and wide streets continue to pay tribute to its history.

In the mid-1900s, George Montegu Black Jr., the business partner of E.P Taylor known for the Windfields estate, moved into the area. He built a mansion on Park Lane Circle and took over Property Holdings Limited, the company that owned the surrounding land in the area.

This is arguably when the Bridle Path’s elite brand was beginning to form. According to Canadian historian Mike Filey, Black took it upon himself to control who would move into the neighbourhood.

He set restrictions in place through the North York zoning by-law which included only building single-family dwellings on minimum lot sizes of 2 acres. 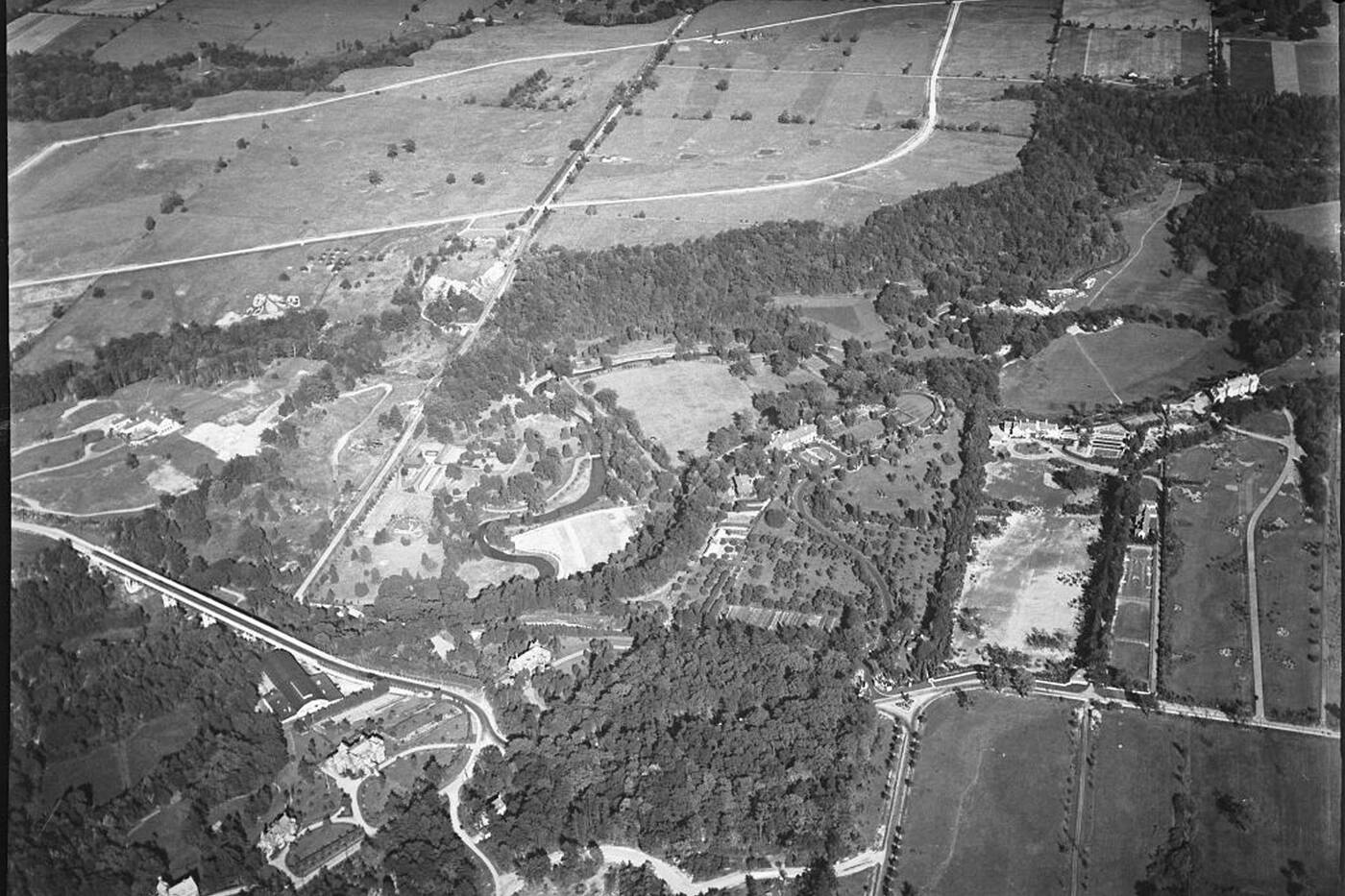 Aerial view of the Bridle Path in 1930. Photo by Toronto Archives.

In the following years, about 50 lots were sold by prominent businessmen for around $25,000 each. Nowadays, the homes along Post Road and Park Lane Circle are some of Toronto’s largest and most expensive properties.

Following the 1950s, the neighbourhood saw a boom in new developments. Houses were being built, each one grander than the next.

Although many of them have since been remodeled, you can still see a variety of architectural styles including Georgian, Colonial, Greek and futuristic modernist style houses.

Surrounding the residential streets are creeks, parks and beautiful walking trails. Sunnybrook Park, Edwards Gardens and Windfields Park are a few of the more notable green spaces in the area. 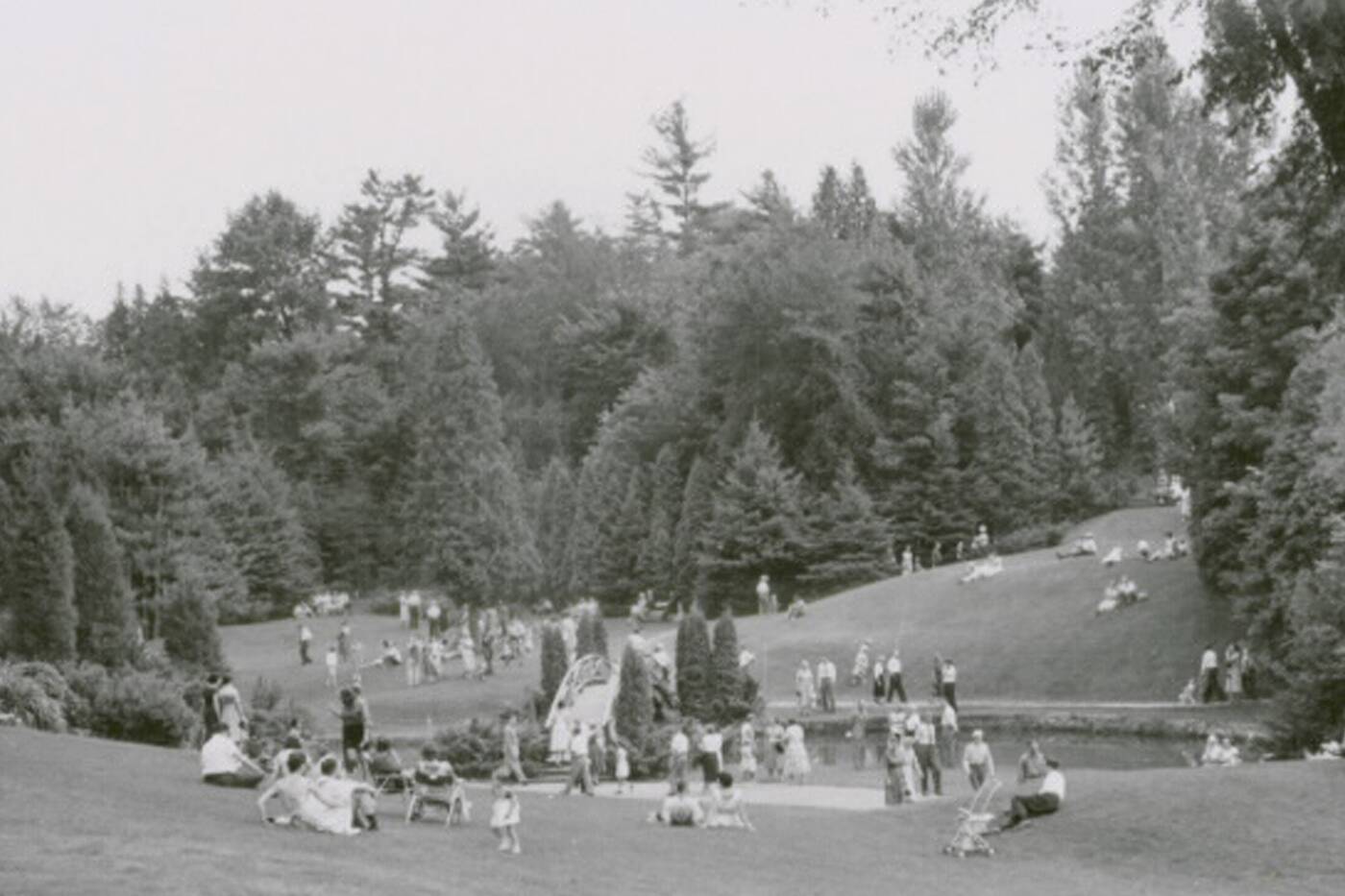 But there is no lack of recreation facilities either. Nearby you will also find The Granite Club and the Toronto Botanical Garden just south-east of the neighbourhood.

Of course, it makes sense that such an affluent area is home to some pretty wealthy and well-known people.

According to the National Post, some of its most notable past and present residents include Conrad Black, Prince and Drake.

The Bridle Path has also made some notable movie appearances over the years. In 1995, it served as a location for It Takes Two and in 2004 was used in the cult favourite teen comedy Mean Girls.

With its huge mansions and wealthy residents, it should come as no surprise that the Bridle Path was named the most affluent neighbourhood in Canada in 2014 according to Canadian Business magazine.

The Bridle Path has come a long way from the early days of Alexander Milne and his mills and has truly lived up to Hubert Page’s vision of exclusivity and wealth.