For all of the constant chatter about how expensive it is to live in Toronto, there are still some unbelievably cheap apartments to be found out there if you know where to look and how to detect a scam.

A recent listing on Facebook Marketplace (which at this point is basically the new Craigslist) isn't scammy or nefarious in nature, but still registers as terrifying — or at least sketchy enough to capture some attention in a popular Facebook group. 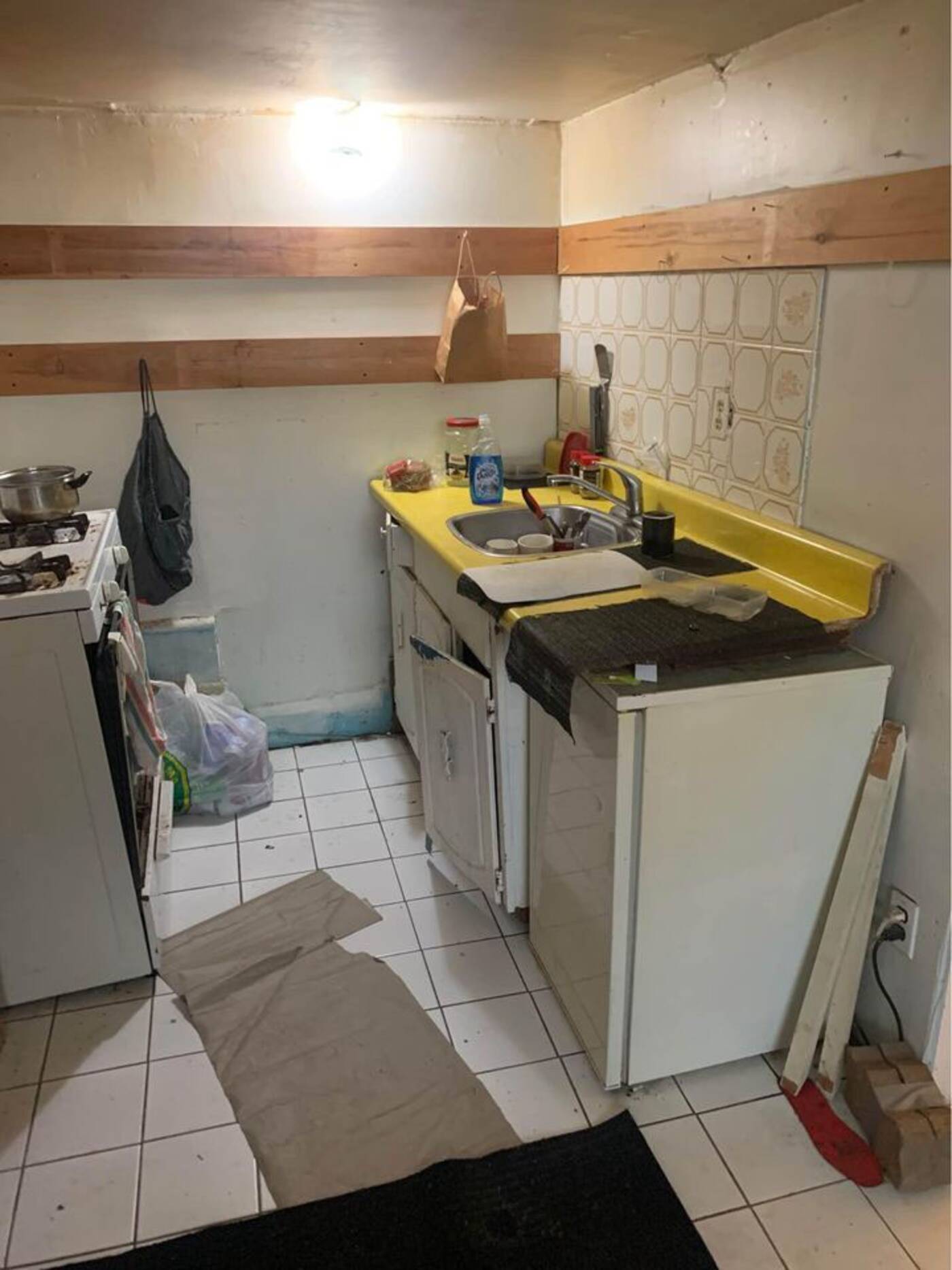 The rental ad itself straightforward; the landlord doesn't make impossible promises, ask for cash upfront, or require whoever rents the place to be of a certain gender.

With an asking price of just $885, the conveniently-located bachelor unit in Toronto's Palmerston-Little Italy neighbourhood is cheaper than most of the private pads listed right now, which at surface value could raise some eyebrows.

Photos of the apartment itself, however, make perfectly clear why the rent price is so atypically, attractively low. 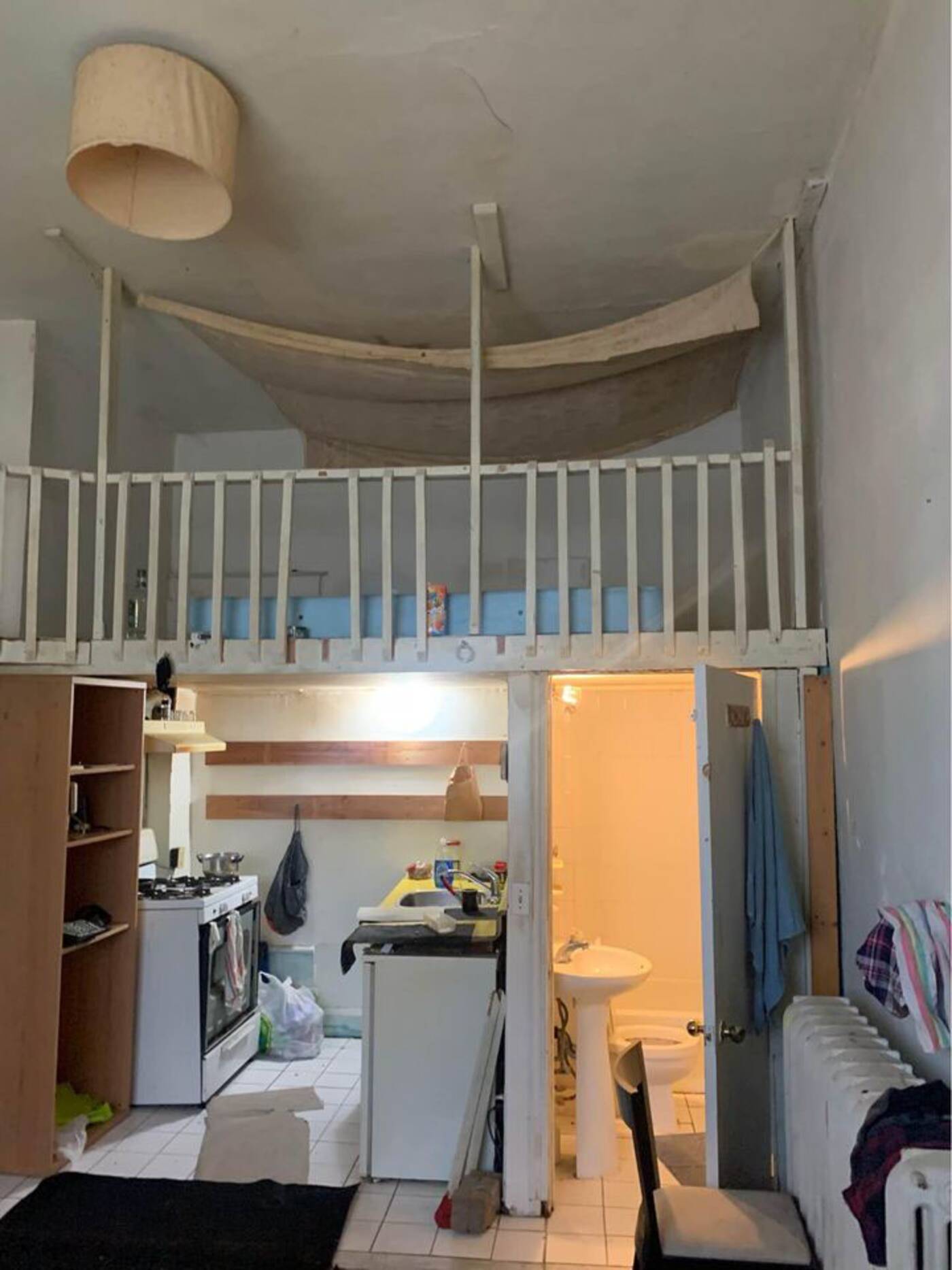 The bed area is above the kitchen.

The unit seems to be in an advanced state of disrepair, doors unhinged, paint cracking and a real hodge-podge of finishings scattered about. 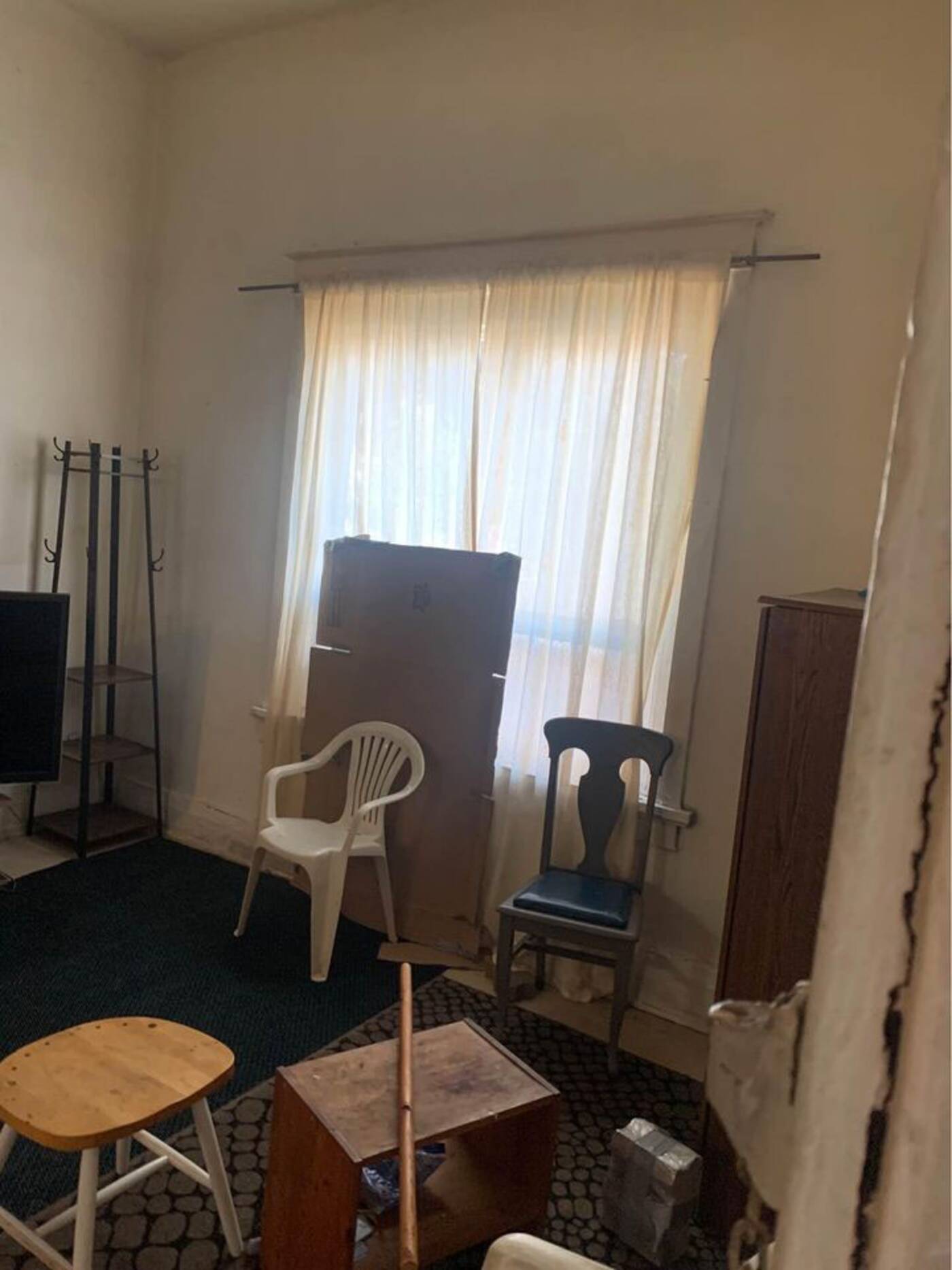 The listing describes the 400-square-foot place as one bed, one bath, but it's a stretch to call a lofted area above the kitchen a bedroom, despite the fact that there's a free-standing door right in front of some stairs leading up to it. 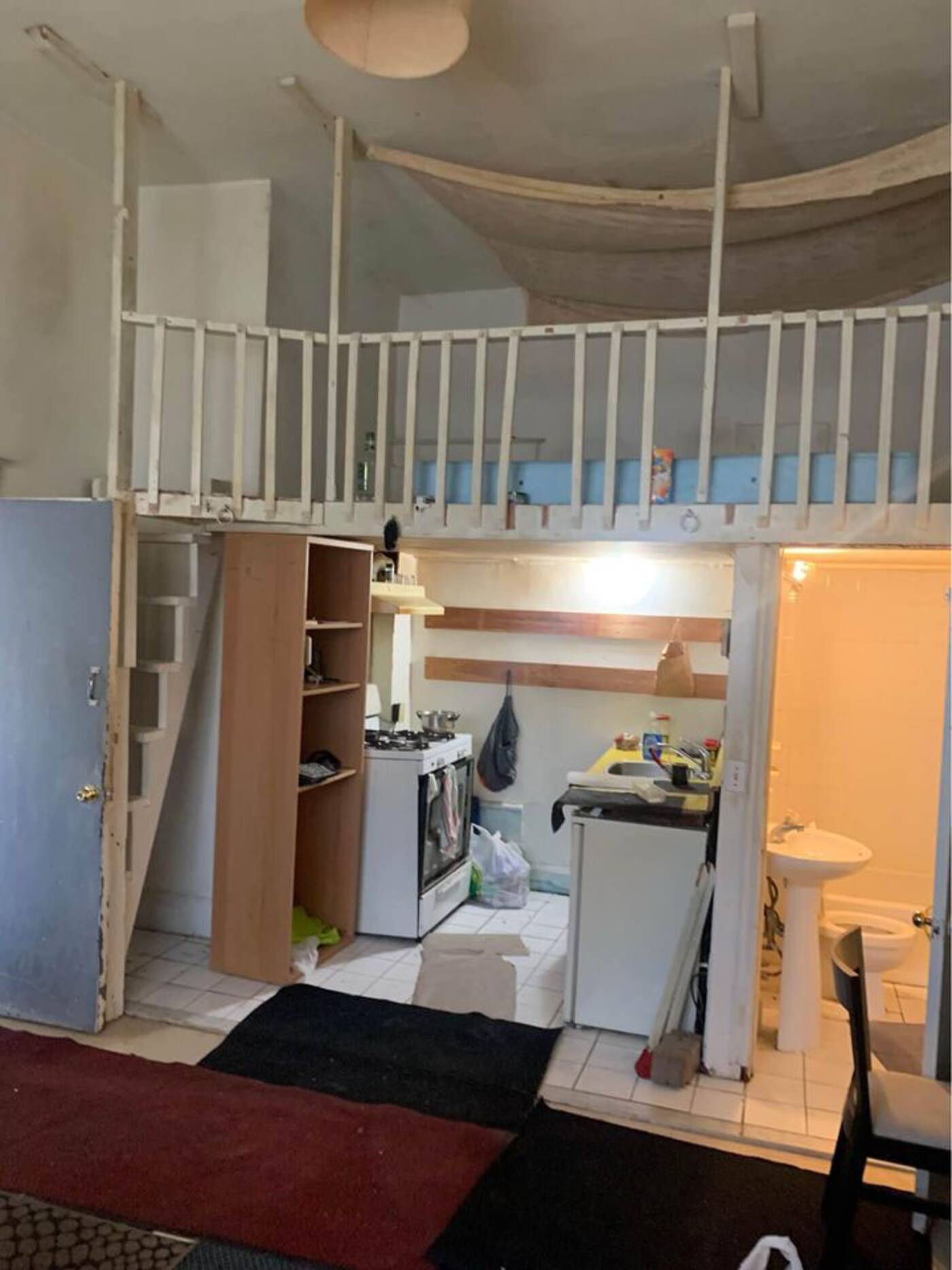 Another view of the unit.

The bannister next to the bed looks like it was installed by someone with little experience building houses, and should not be relied upon by anyone who hopes to avoid crashing right through it.

Please also note the presence of a plastic tarp hung above the lofted "bedroom." It's likely not there for decorative purposes. 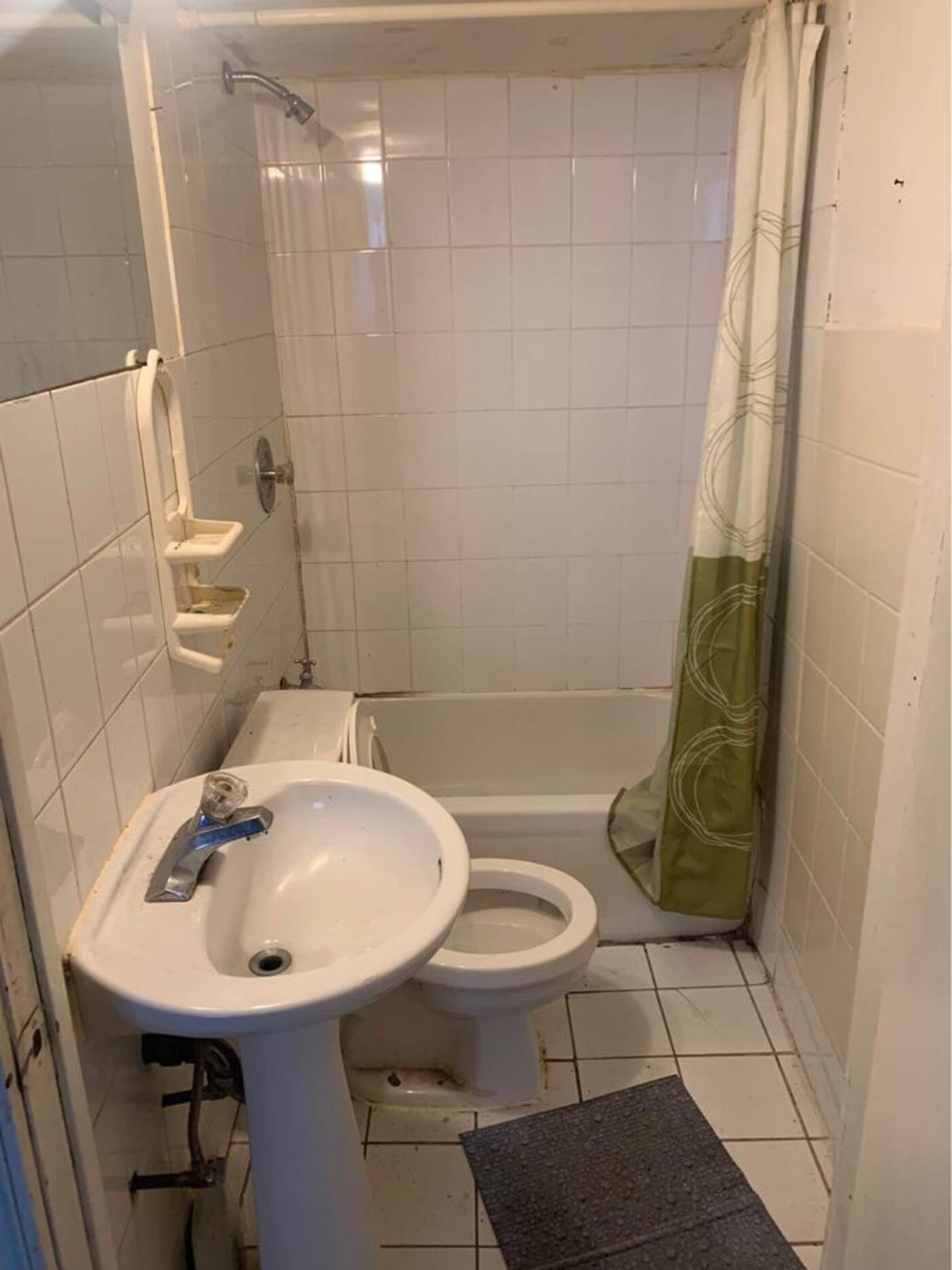 Mould seems like it could be an issue for whoever moves in here, but I'm no expert. It could be completely black mould-free and simply look like a lung-punishing place to sleep. 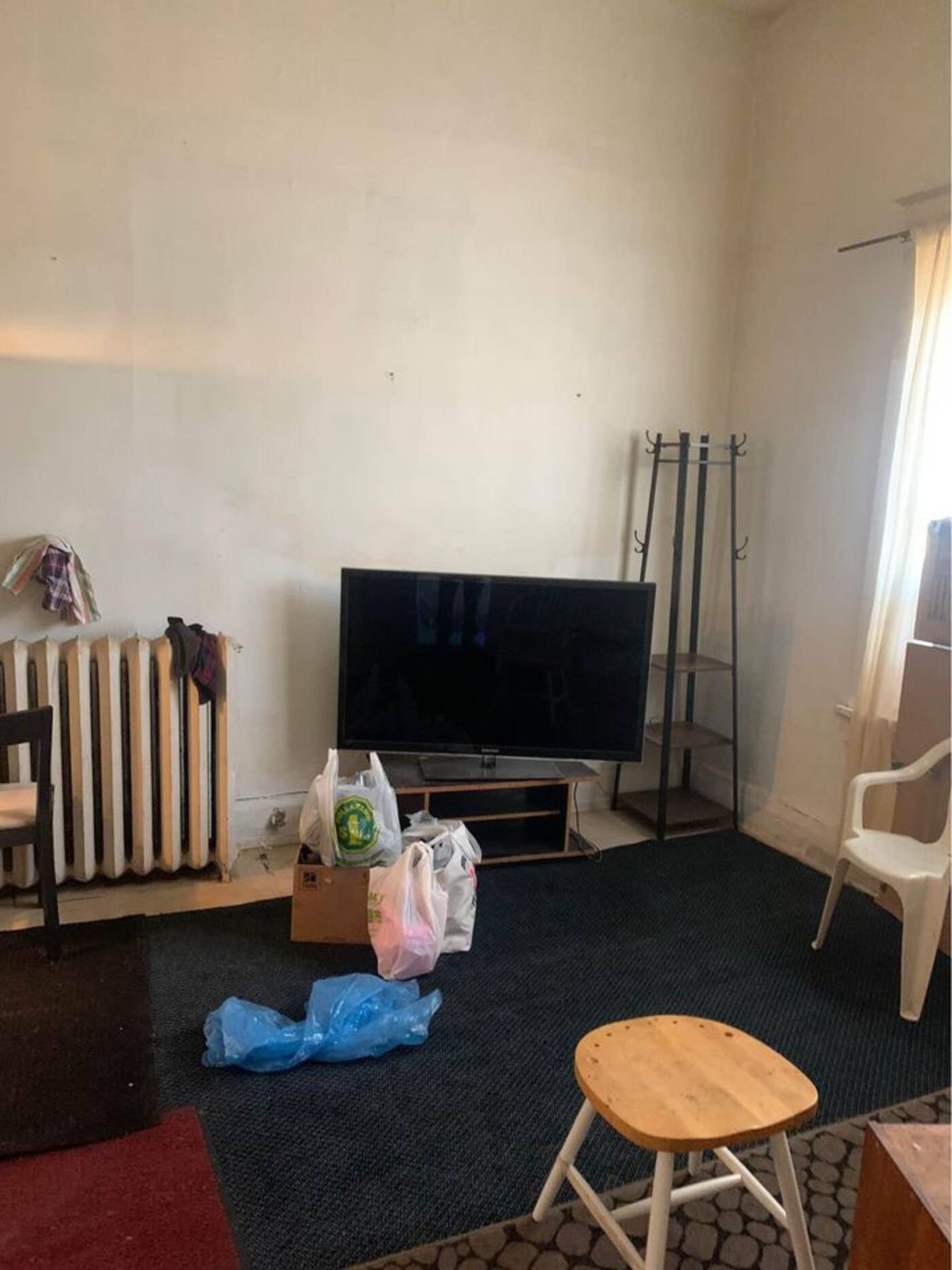 The unit is said to be on the ground floor of a deep, two-floor corner building that looks like it once had retail stores, but has been converted to residential.

Most of the windows are covered with fabric or boarded up completely.

On the plus side, the apartment is significantly cheaper than the current average price of more than $2,000 a month. It's also got a transit score of 89/100 and a flawless 100 per cent bike score.